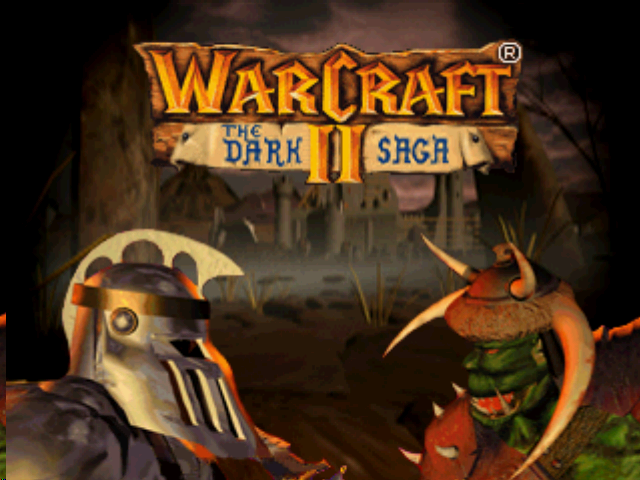 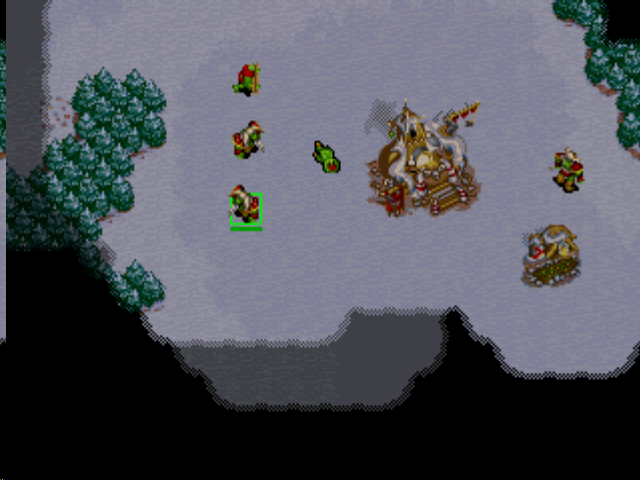 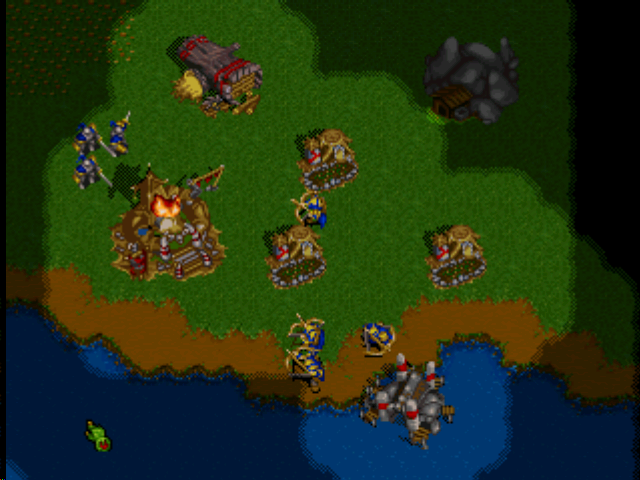 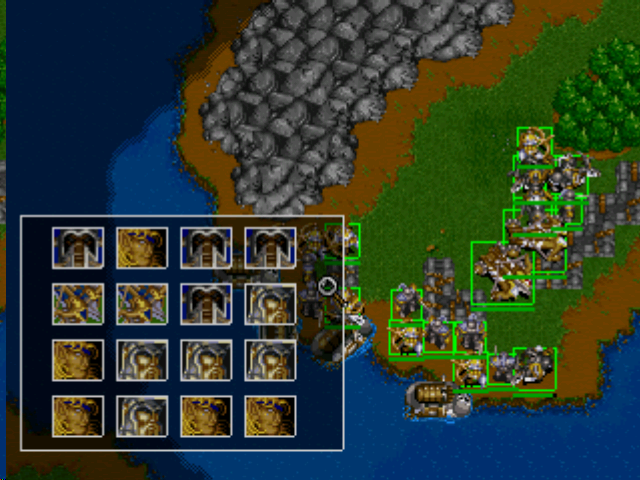 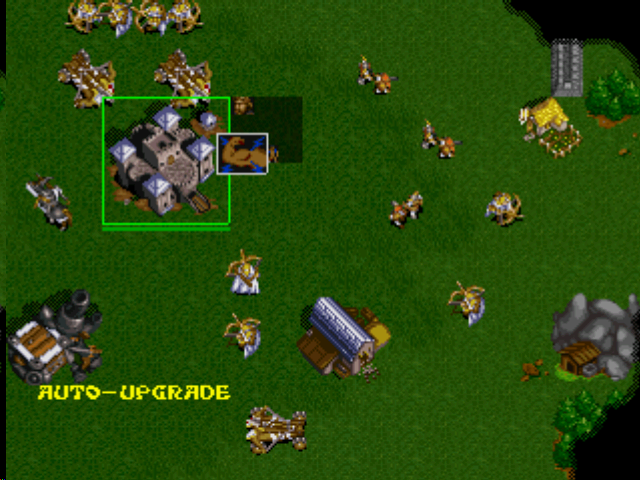 WarCraft II: Tides of Darkness is a fantasy themed real-time strategy game and sequel to WarCraft: Orcs & Humans set on the world of Azeroth. With the conquest of the kingdom of Azeroth in the first war, the orcs are now preparing for an invasion of Lordaeron and conquer the remaining human, dwarven and elvisch realms. In an effort to counter this invasion the humans, elves and dwarves formed an alliance in the hope to avert the same fate the kingdom of Azeroth met.

This port of Warcraft II includes all the missions from Warcraft II: Tides of Darkness and its expansion pack, Beyond the Dark Portal, into one package.
New features for the console release include an auto-build option, where the player can set a queue of units to be produced and the ability to select sixteen units at a time instead of the PC’s nine. 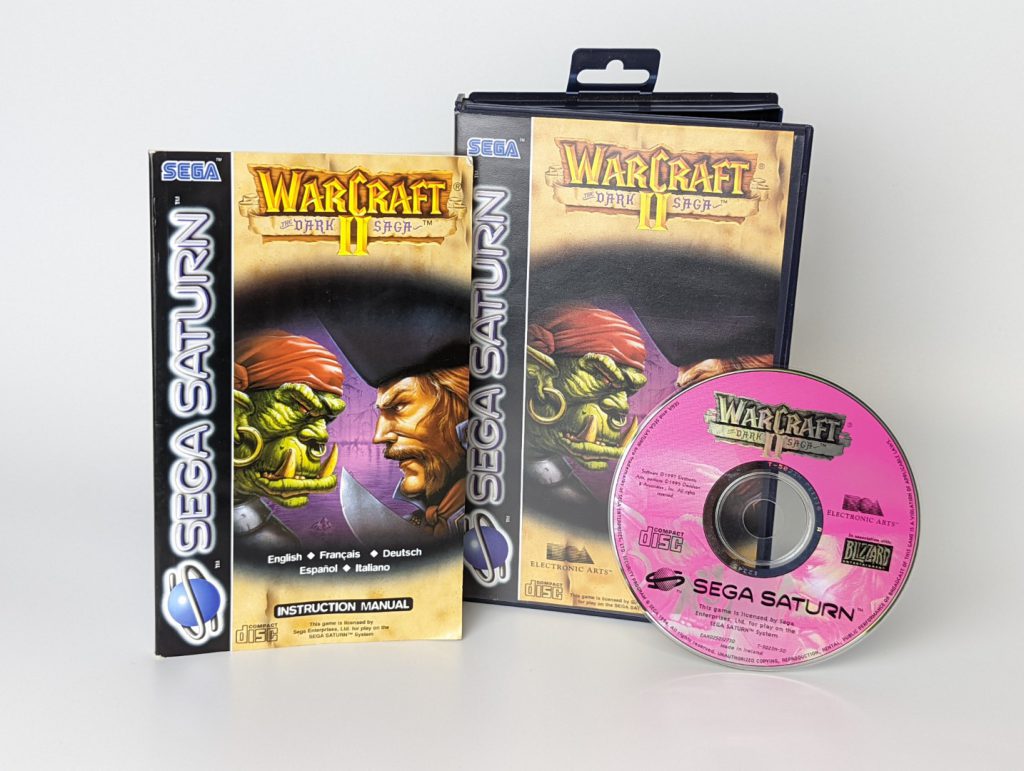 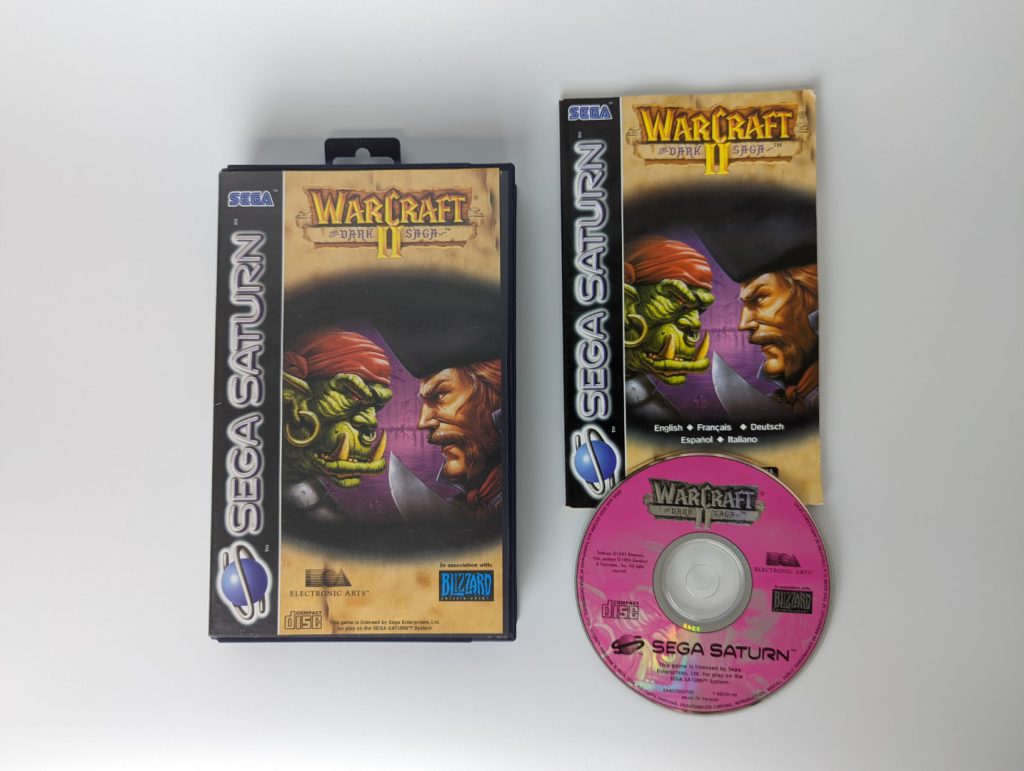 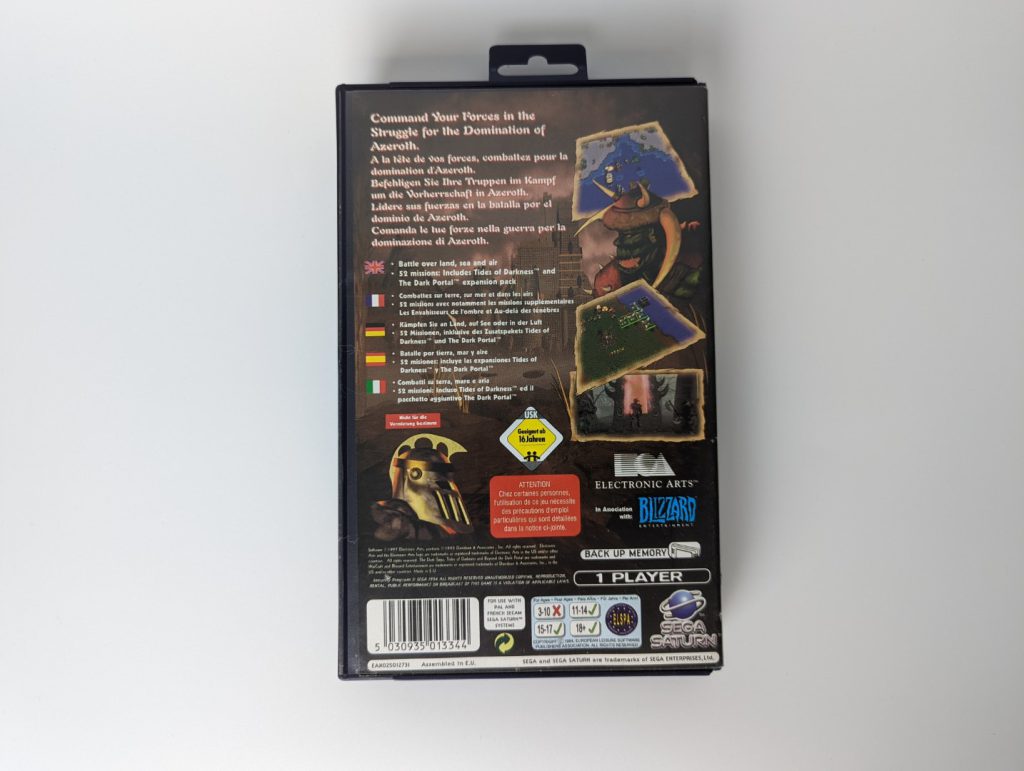 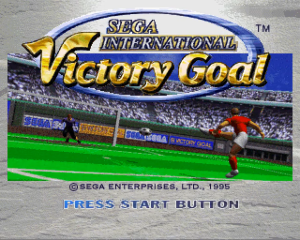 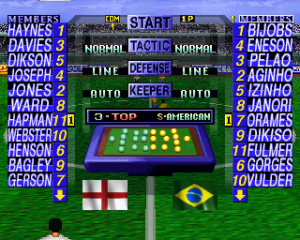 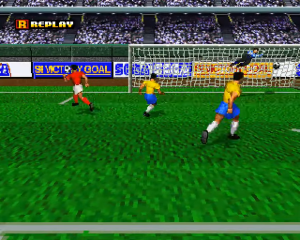 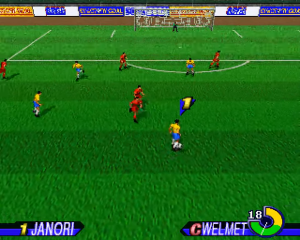 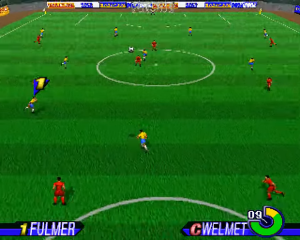 International Victory Goal was Sega’s first attempt at a 32-bit soccer game outside the Japanese market, one of the first Saturn sports games released and the predecessor to Worldwide Soccer 97 and 98.

Focused on national teams (12, including Italy, Spain, Denmark, Netherlands, England, Argentina, France, USA, Germany, Romania, Belgium and Brazil), the game offers a 2.5D environment (polygonal stadium and sprites for players) and three camera angles (back, isometric and side) with four zooming levels. Modes include Exhibition, World League (either single or double, with 44 matches and a grand final to crown the Grand Champion), S-League (just one round, 11 matches), cup knockout and penalty shootout, the game keeping track of statistical information of each competition. Gameplay is regular arcade, with simplicity being privileged over tactical knowledge or complex controls, with the game offering the possibility to choose between three types of controls. Other options include the ability to choose one of four difficulty levels, length of each half (3, 6 or 15 minutes) and weather conditions (fine, rain or random). 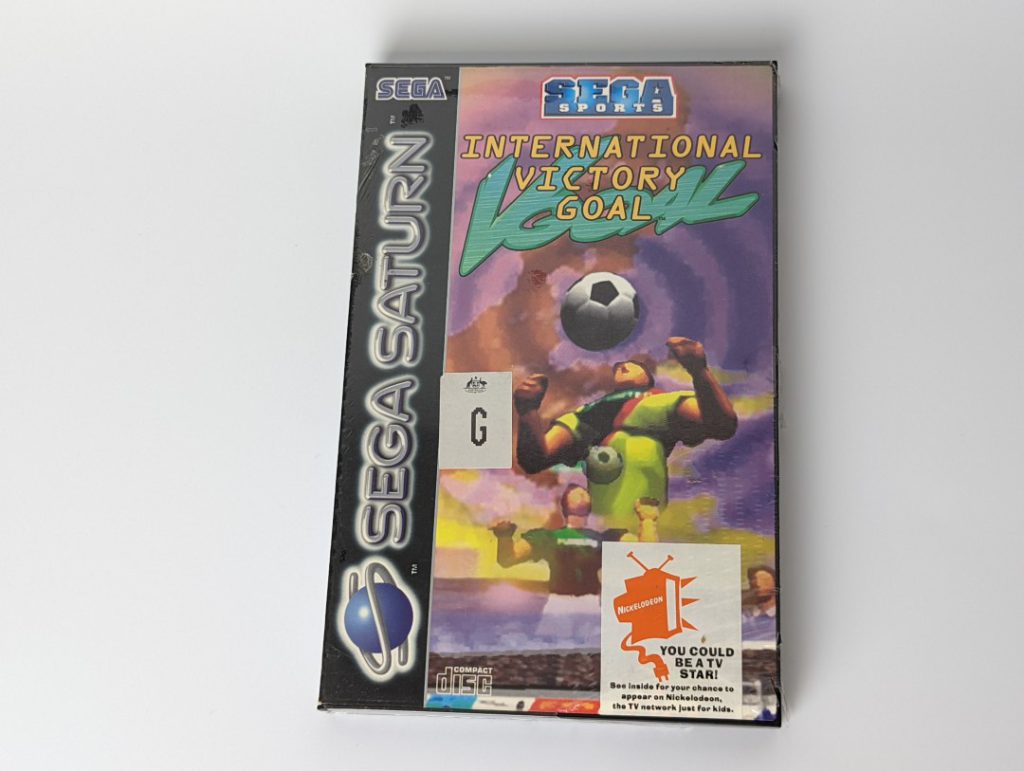 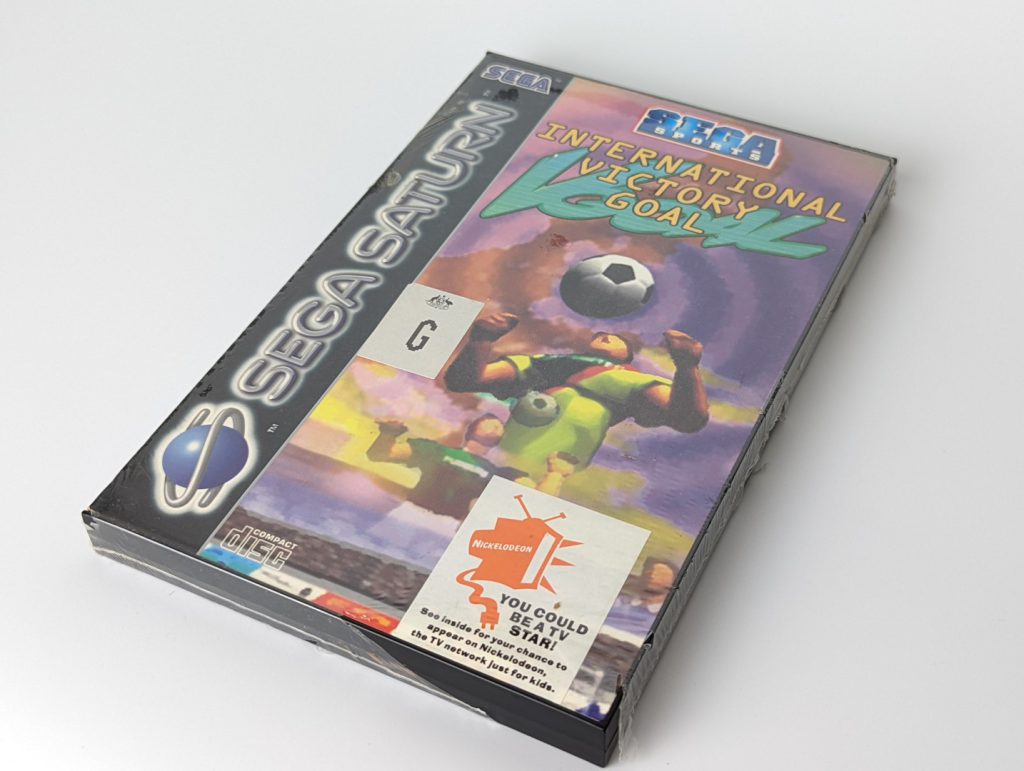 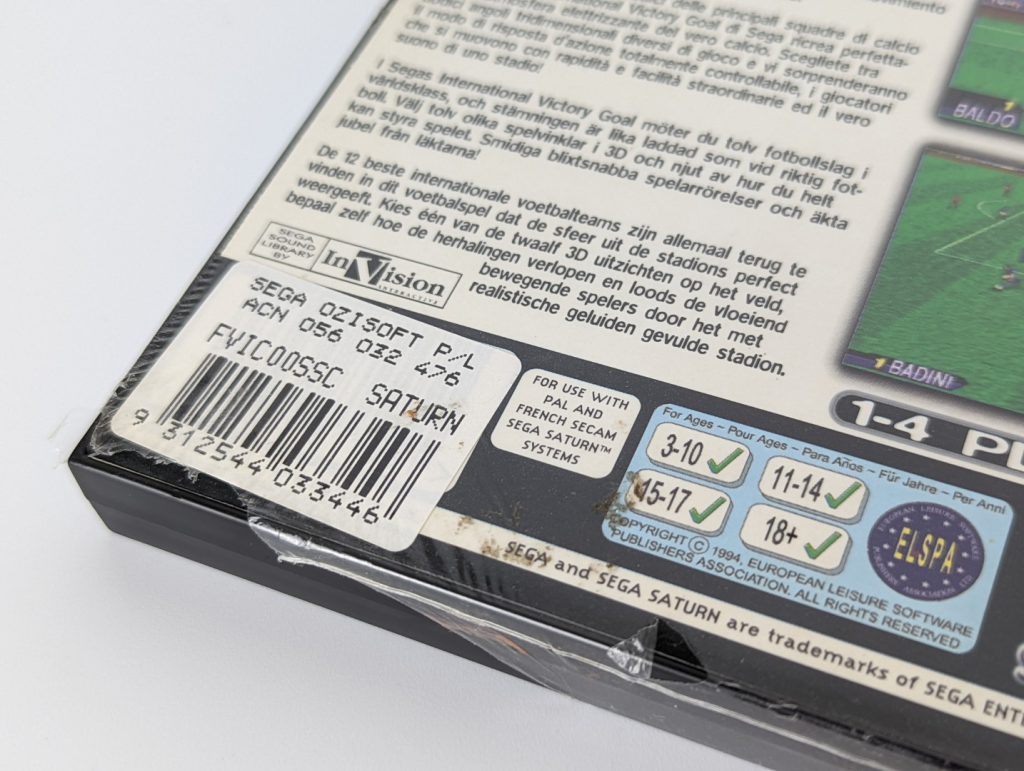 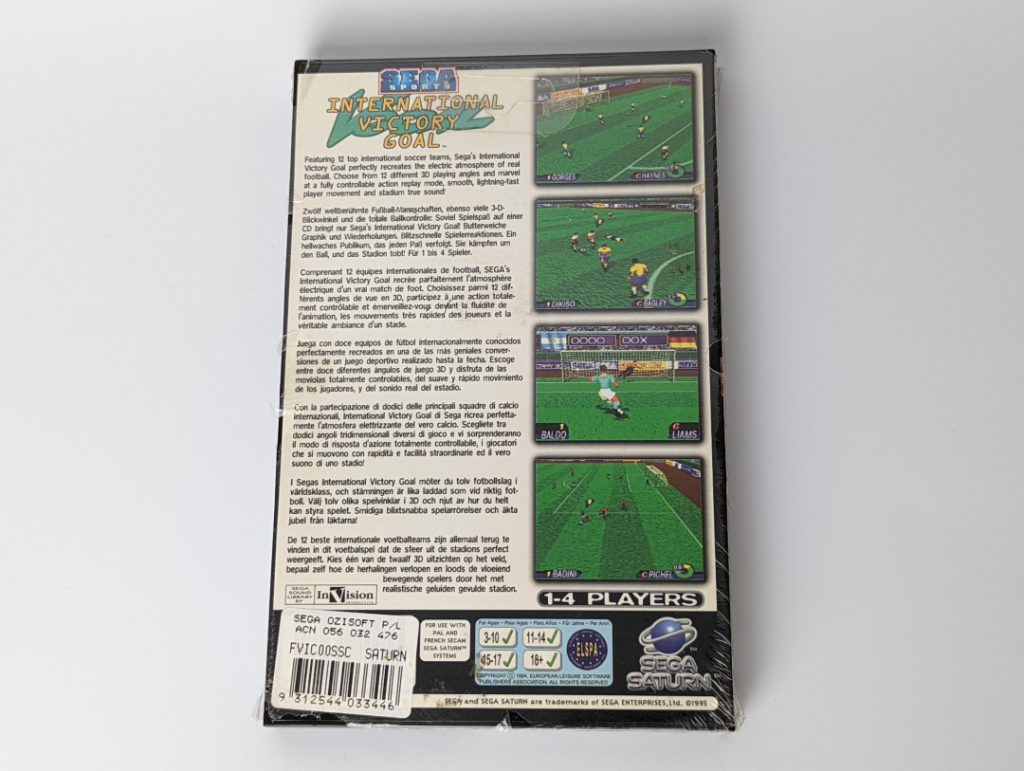