Although this is not a gaming item, when I saw it on the Cash Converters website, I just HAD to get it. 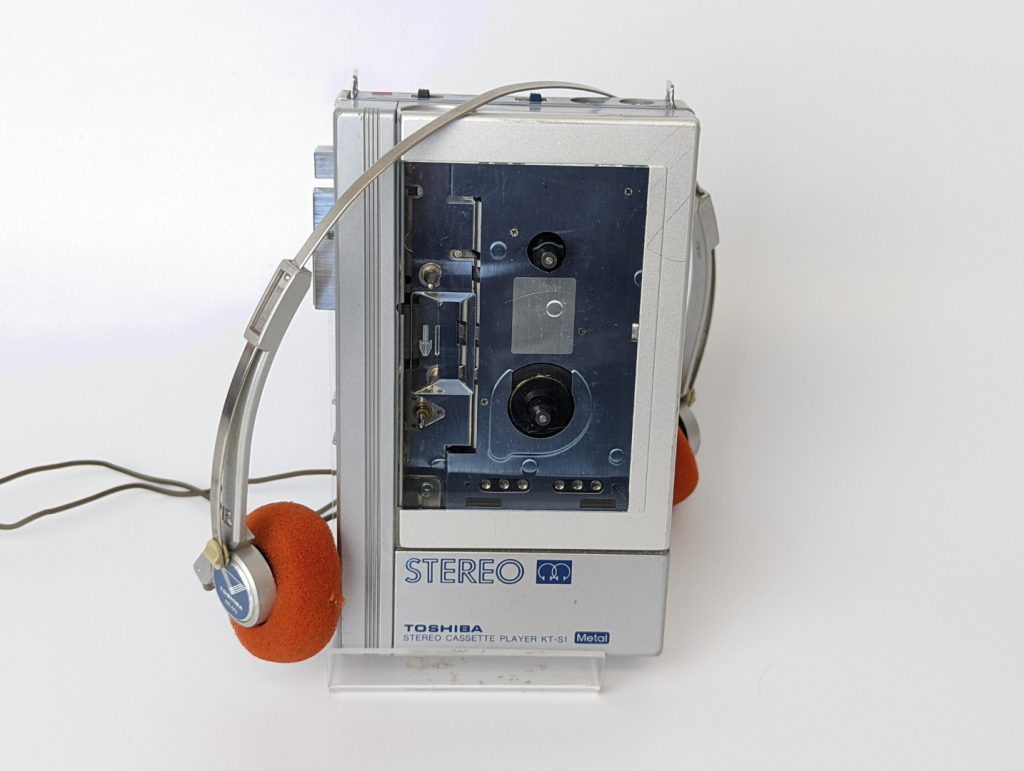 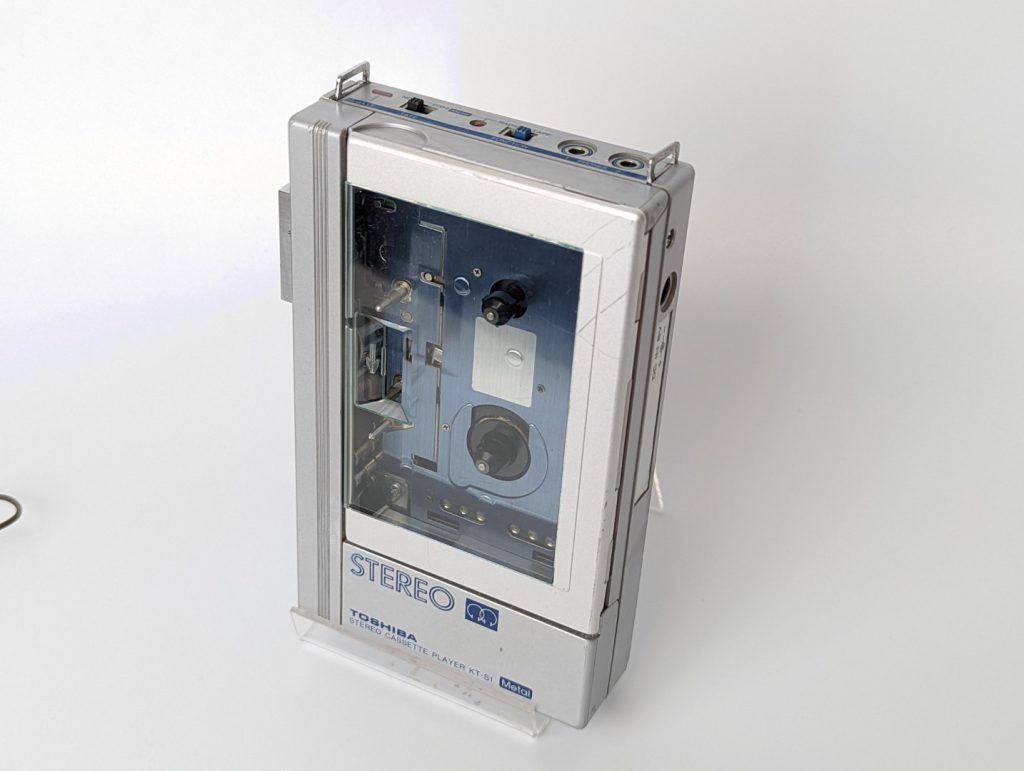 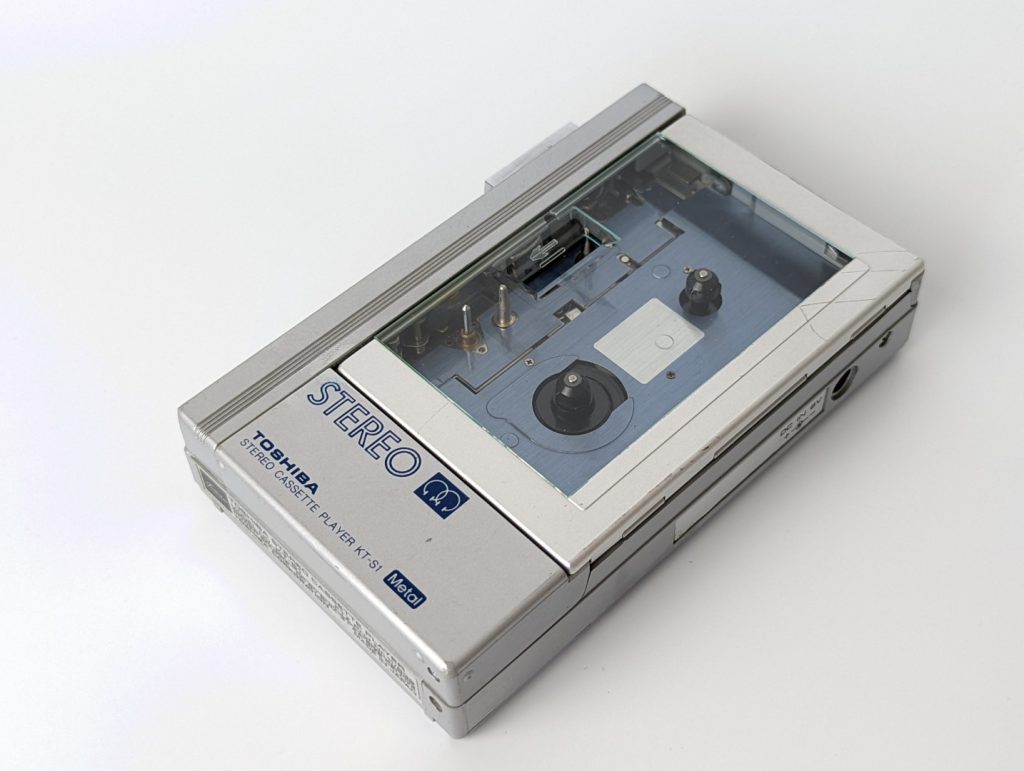 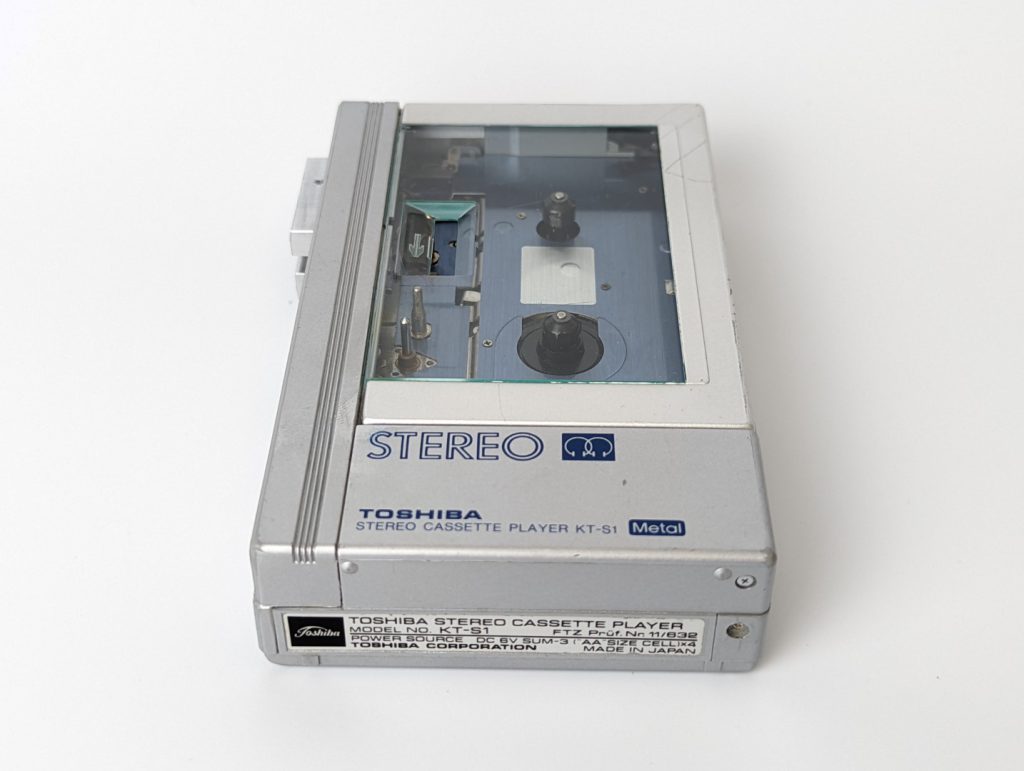 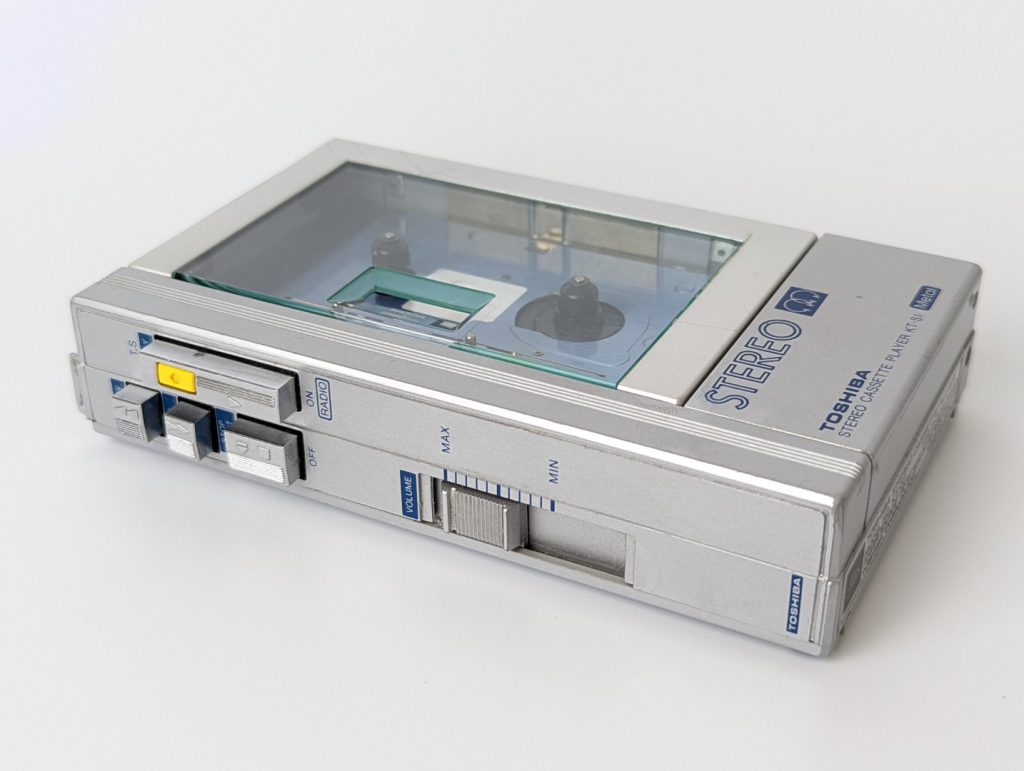 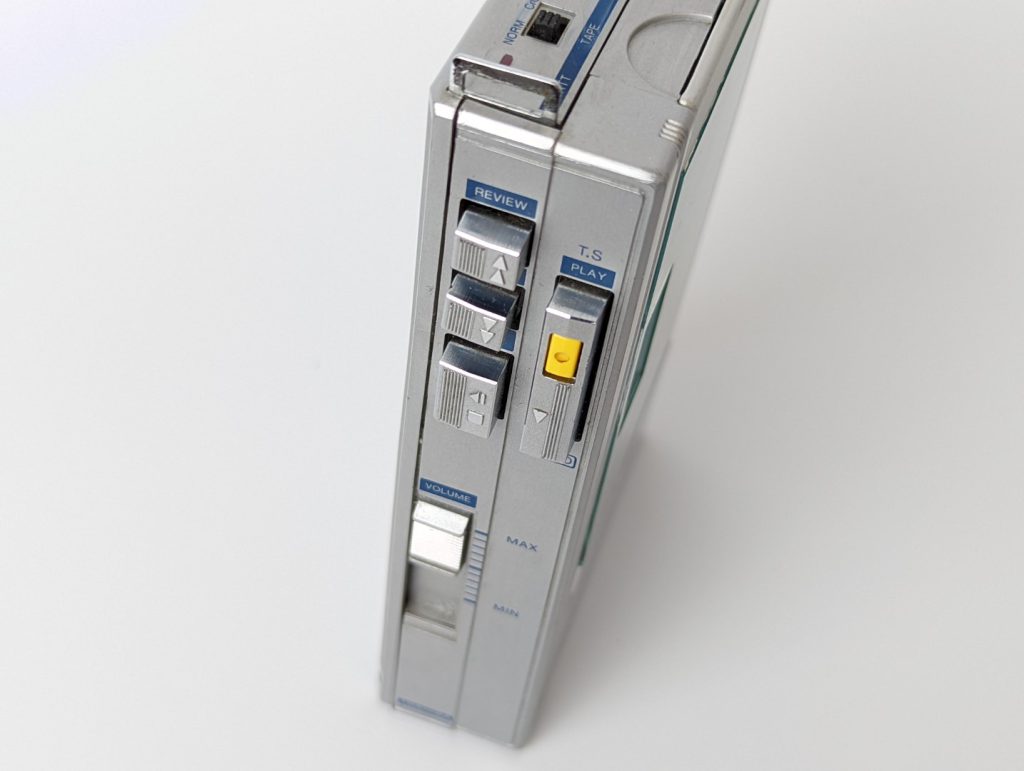 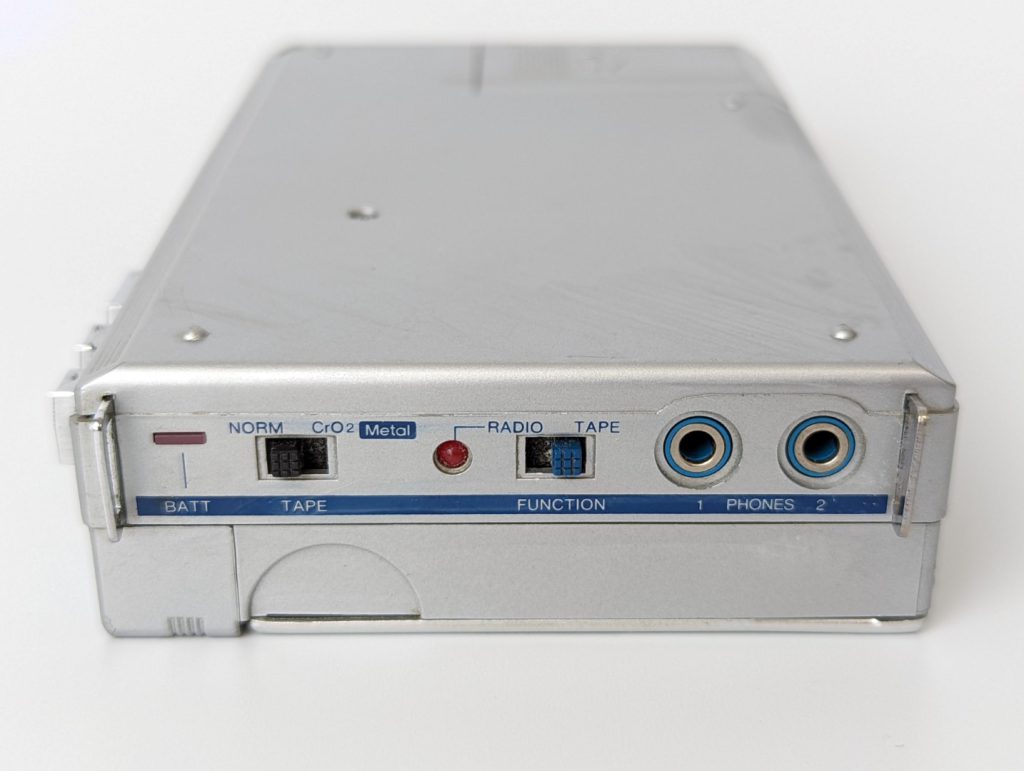 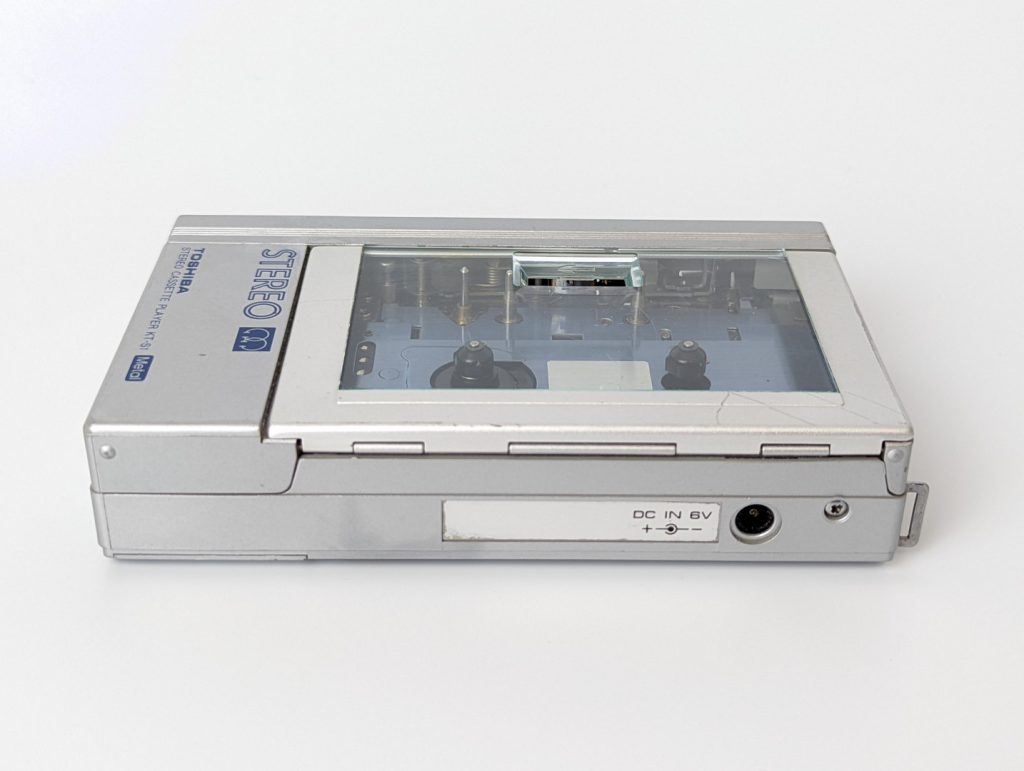 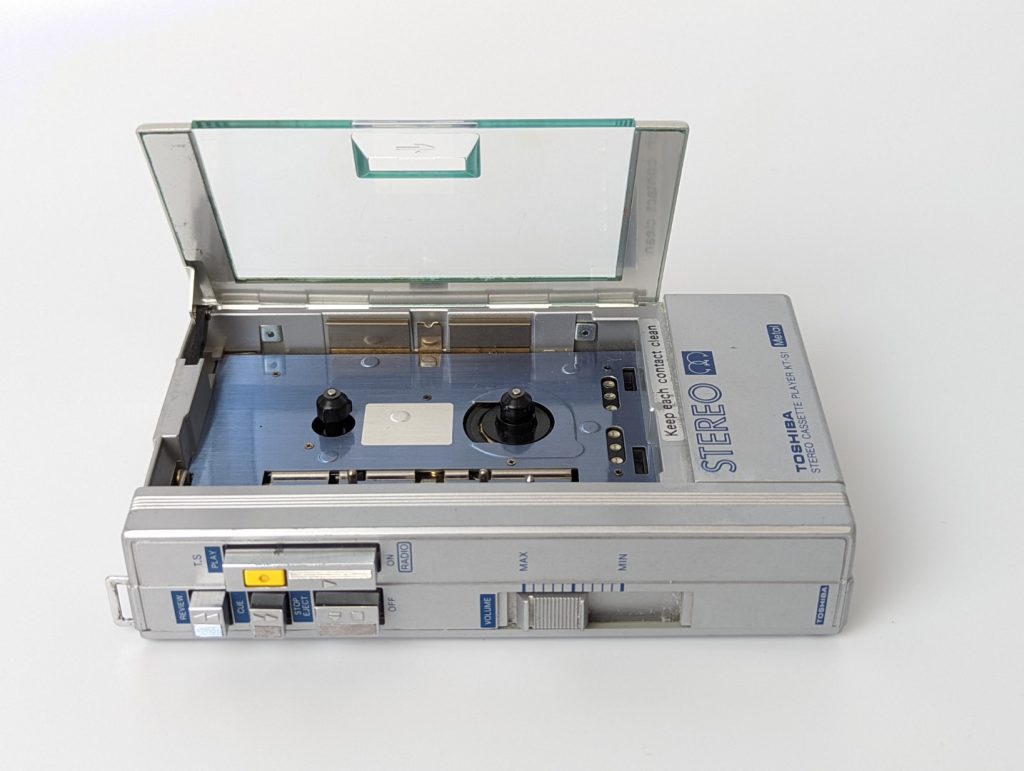 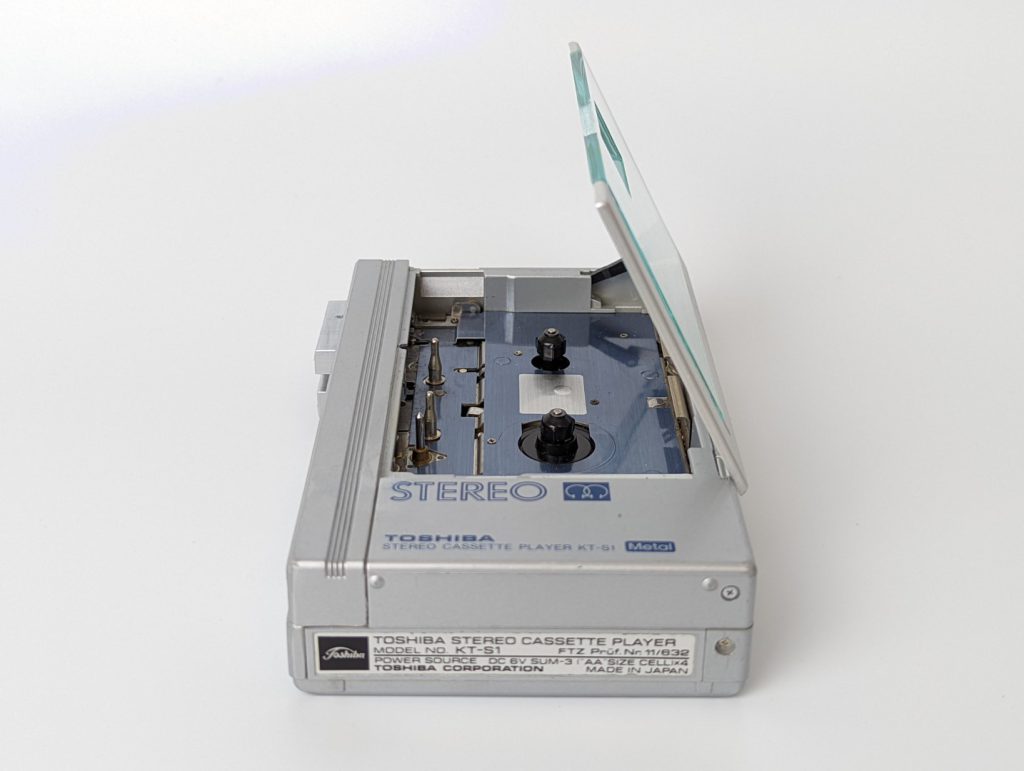 The Toshiba KT-S1 was a high-end stereo cassette player in the style of a Walkman. Manufactured by Toshiba in 1981.
There is great attention to detail in the design of the case. It is extremely well built with a robust metal chassis and cassette compartment.
It has a radio/tape selector switch, chrome/normal selector switch, an LED for the FM radio operation, and a second LED for the power level indication. There is a large clear window on the cassette lid, which is very useful.
The full tape controls with cue and review facility made this player very unusual at the time. The tape deck mechanism and the push-button assembly is manufactured to a high standard.
The yellow plastic button set within the chrome play button mutes the portable’s audio, captures ambient noise via an internal microphone and sends it to the user’s headphones.
This player features twin headphone sockets connected in parallel, which allows two people to listen to music simultaneously.
The KT-S1 operates on four AA batteries, which provides less than two hours of operation time in cassette mode, and approximately nine hours in radio mode. However, this varies considerable depending upon the volume level. When the battery power drops on this player, the tape speed also slightly drops, and there will be a wining noise from the headphones that will progressively get louder in the last few remaining minutes. That was usually a good indication that the batteries required changing.
The player has a power socket for connecting a mains adapter. It requires 6 V DC with the center pin positive.

Unfortunately when this player came, it was not working. The reels would not turn when any button was pressed. This fault indicates a belt problem, and lo and behold that was the problem. The belt had turned into a greasy mess. I grabbed some Isopropyl alcohol and went to town on cleaning all the gunk. Once it was all removed, I placed a new belt where needed, and that was that, the player now works. 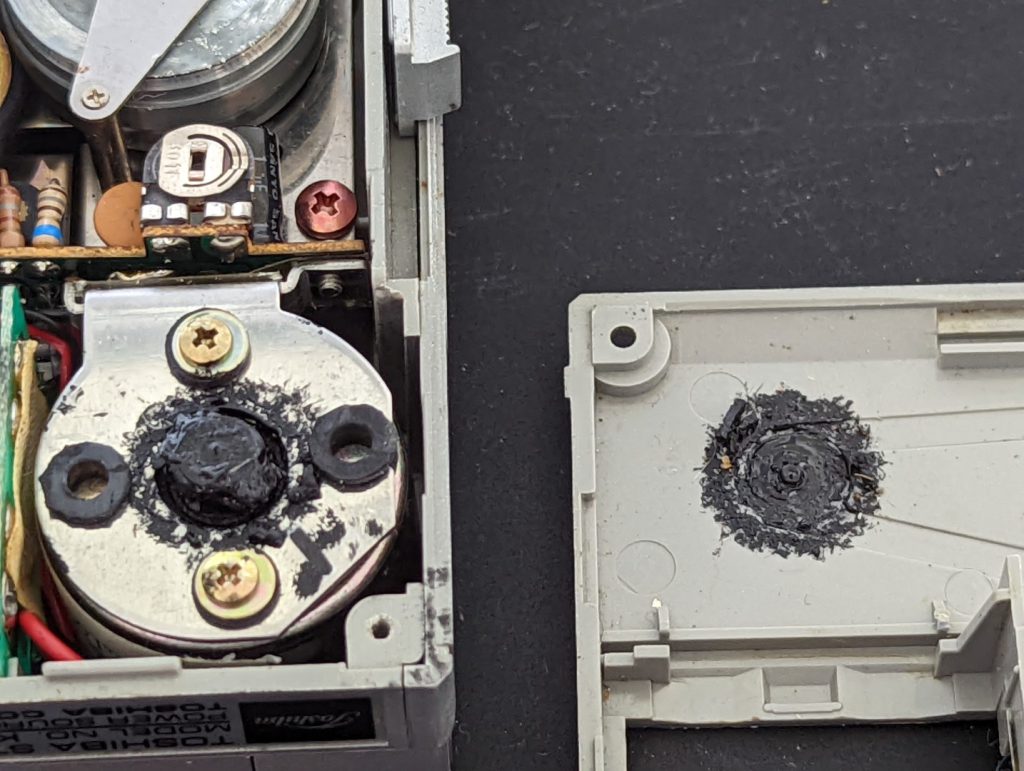 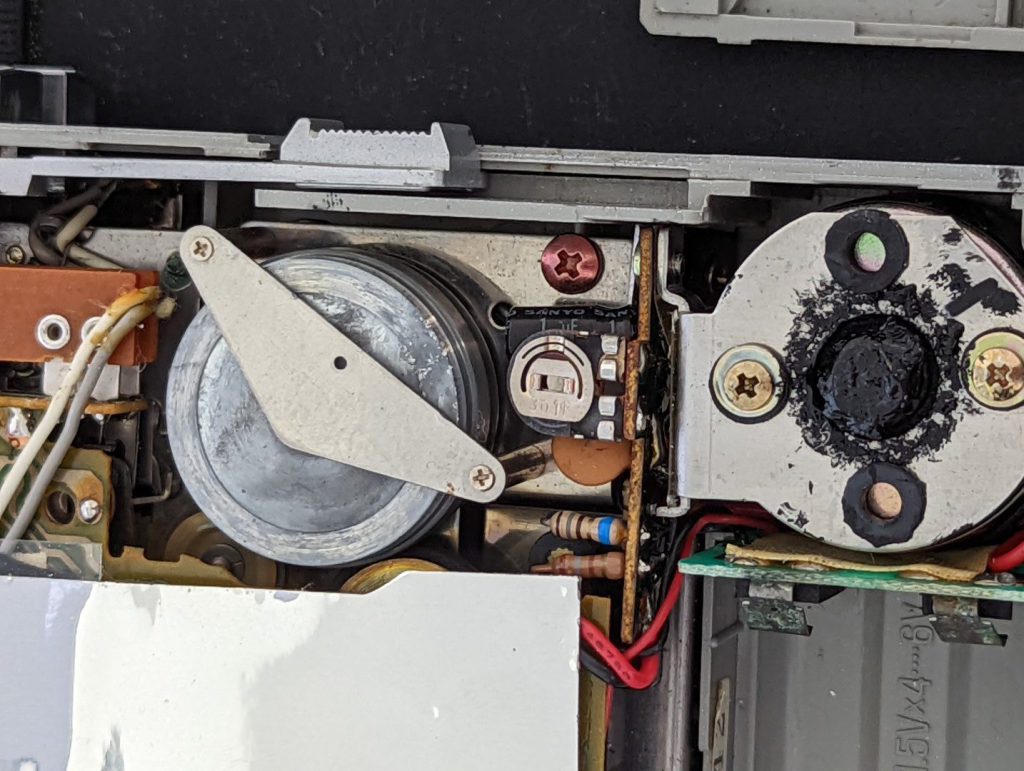 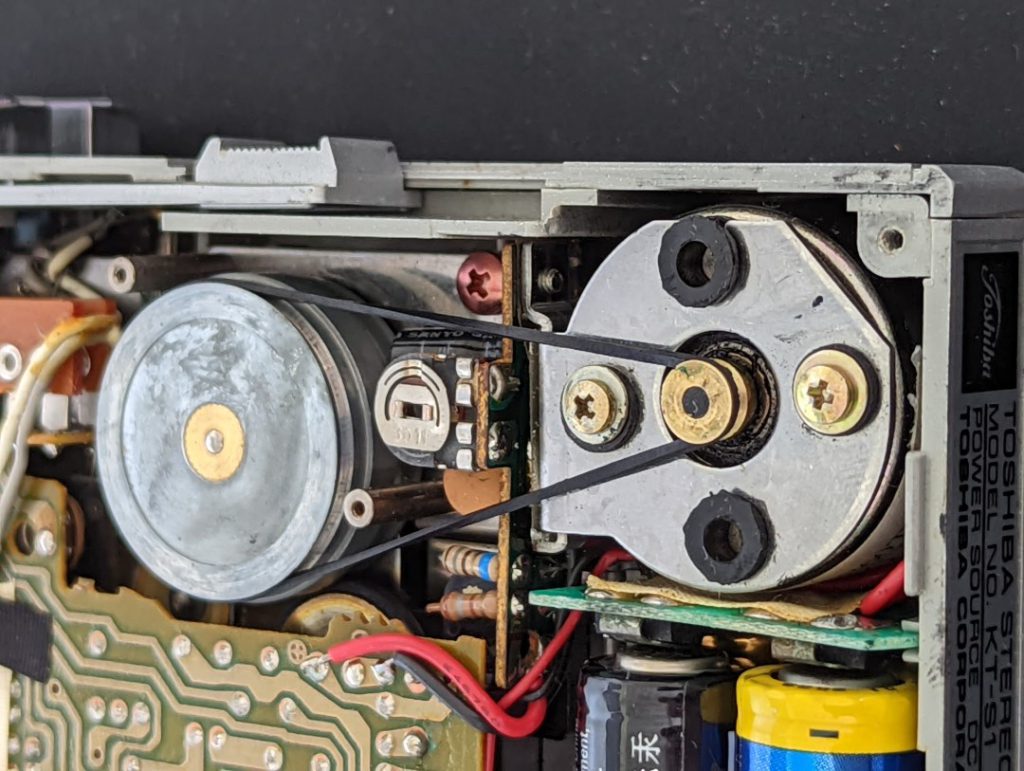 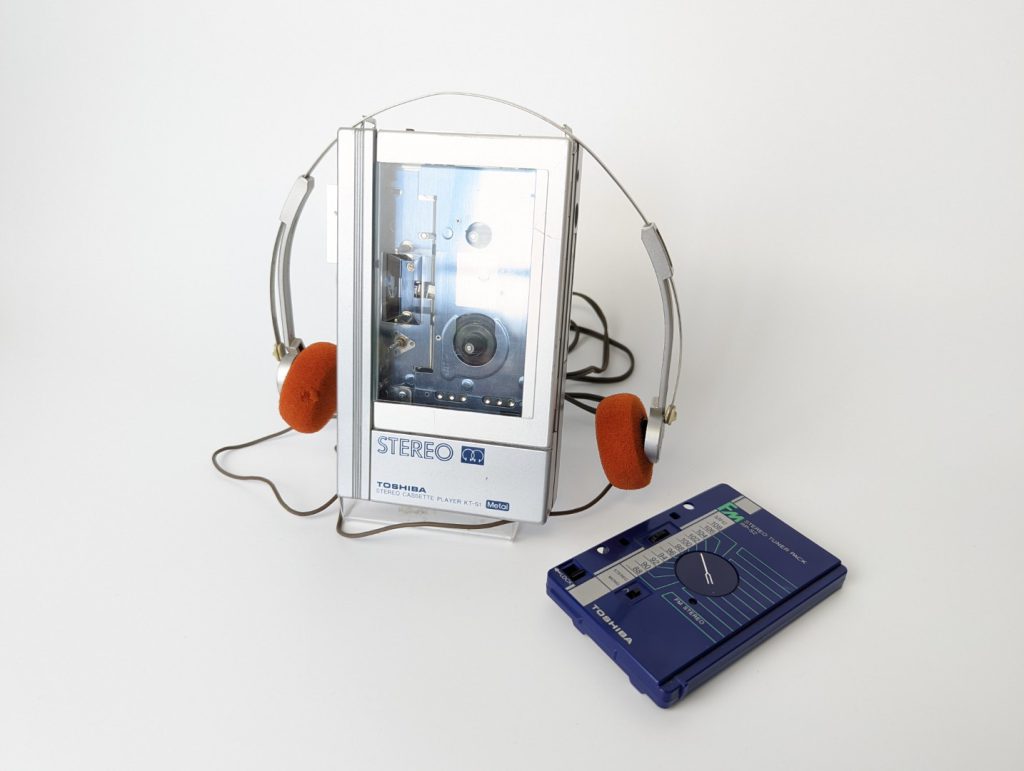 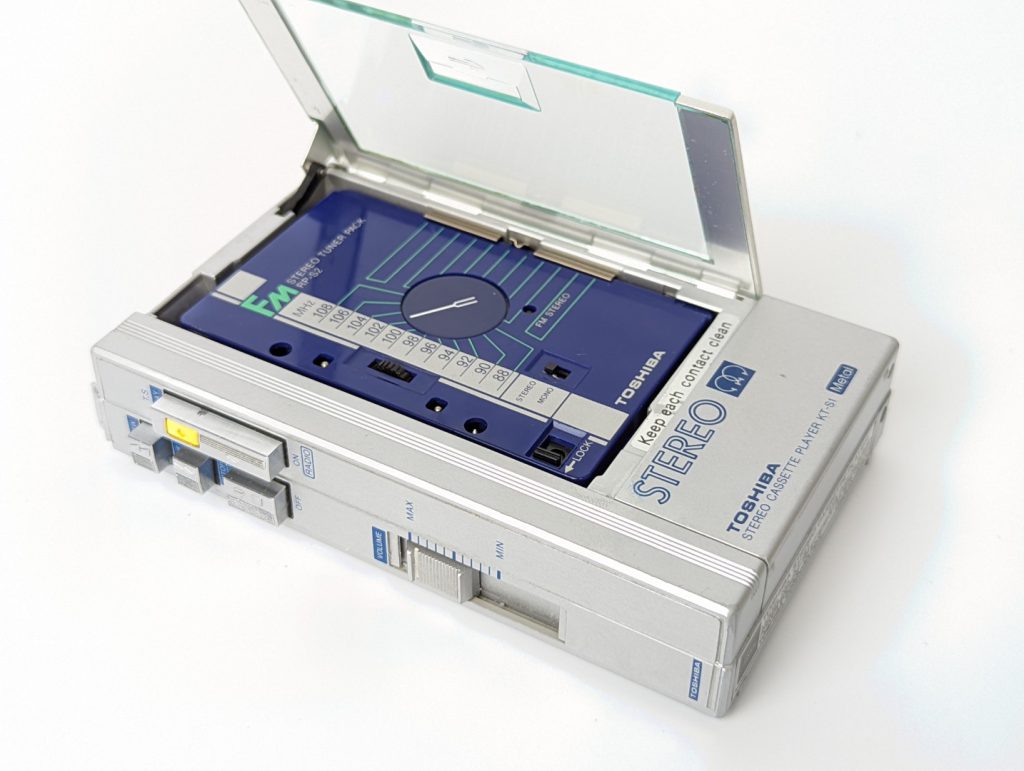 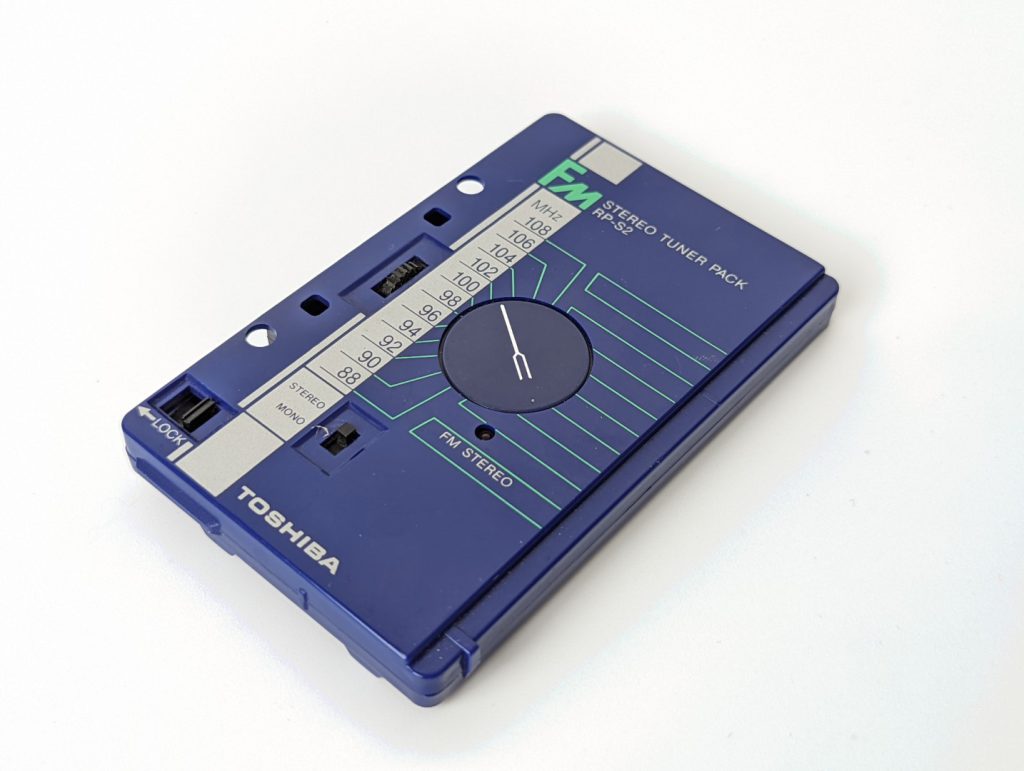 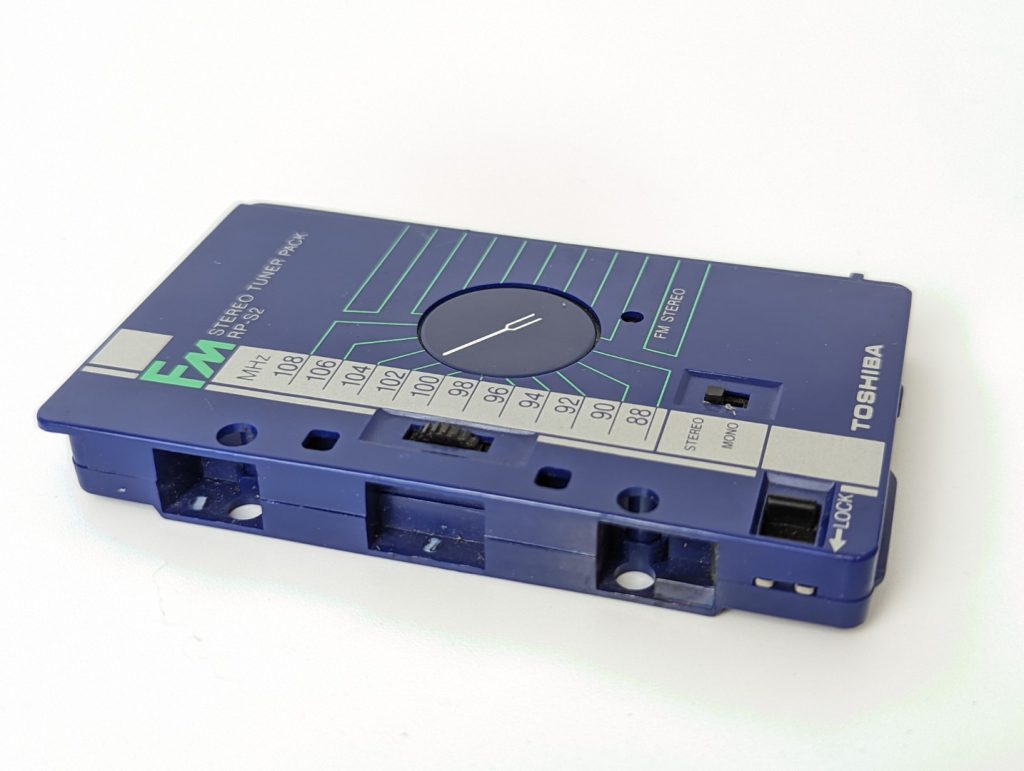 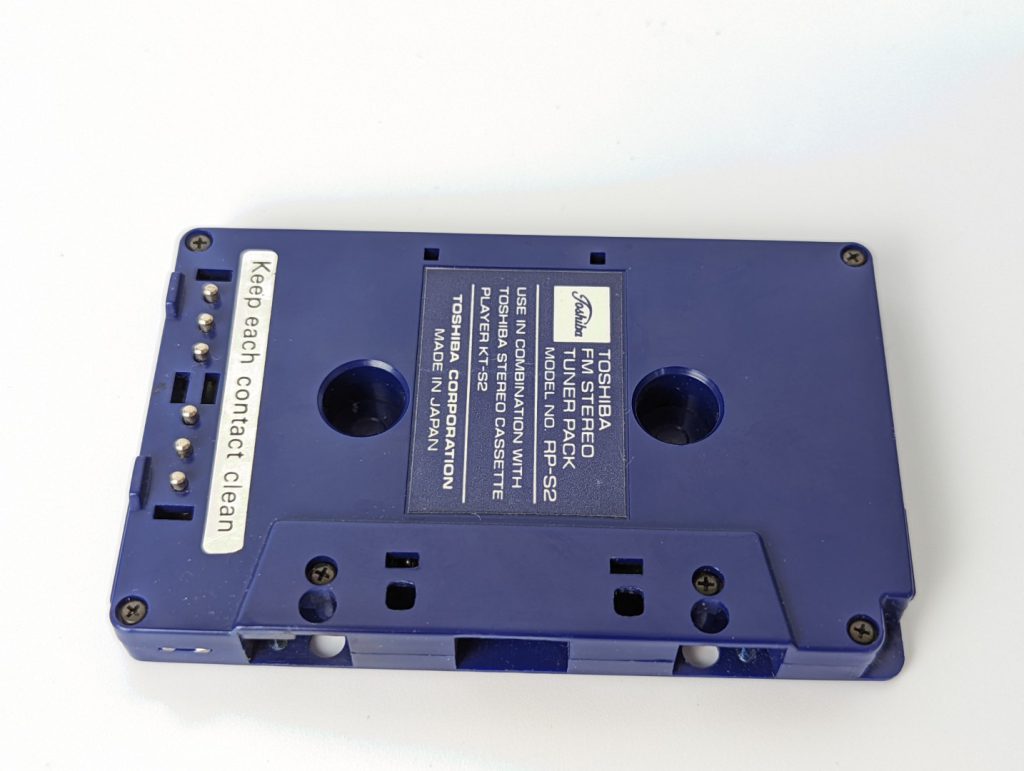 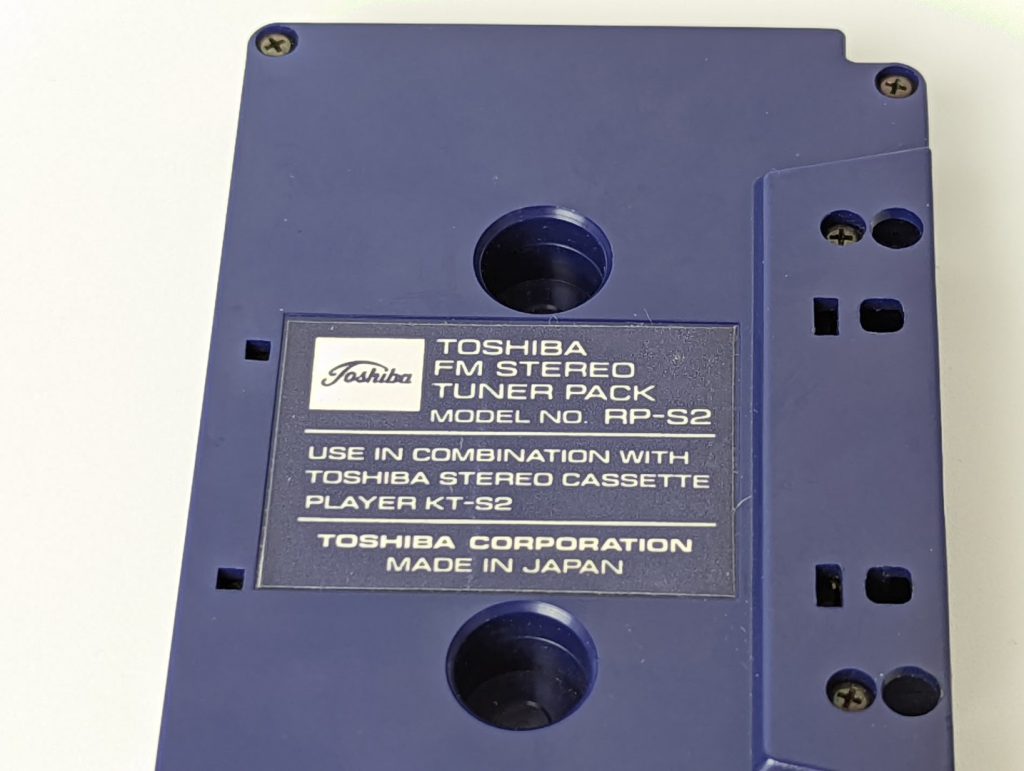 I then set about getting a set of small stereo speakers that I could pair with the cassette player and I decided upon these. They are Uni-tone J-300 Speakers. Using these with the KT-S1 player isn’t all that great. The speakers are very quiet, but I got them for their 80’s aesthetic not their sound quality. 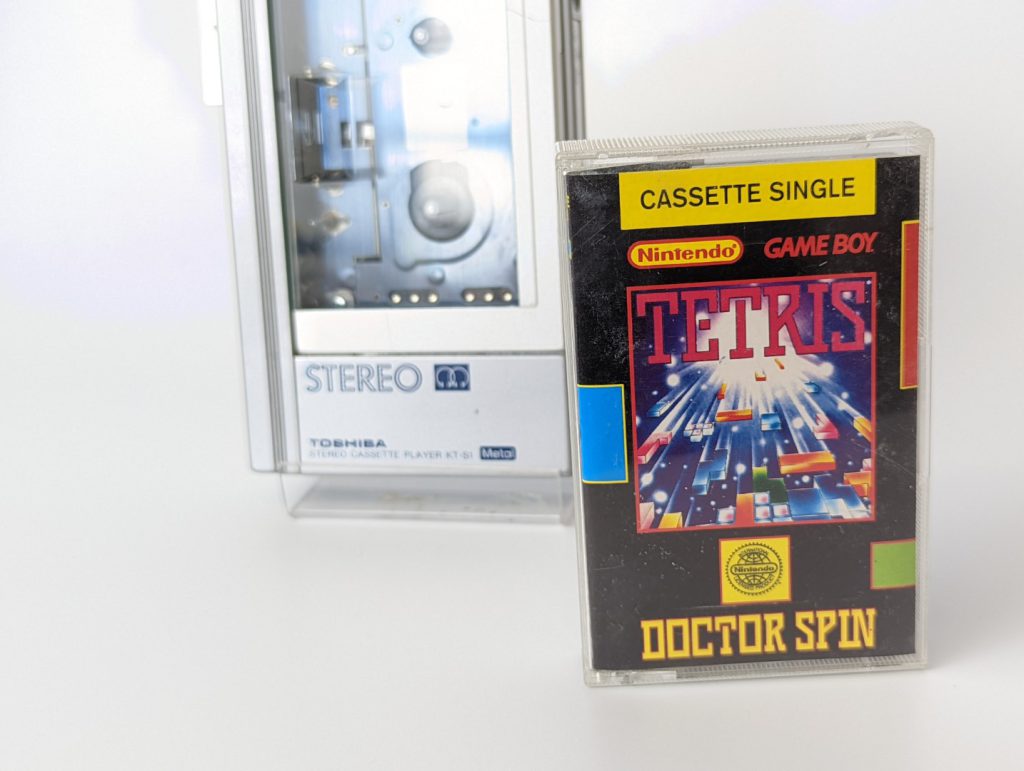 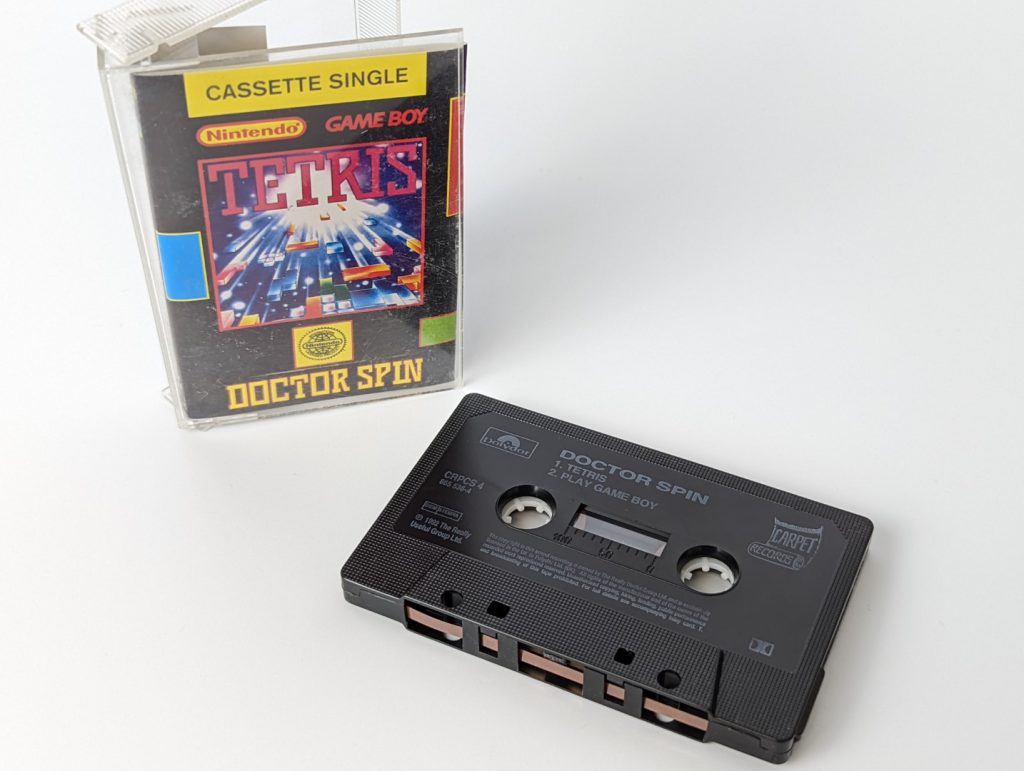 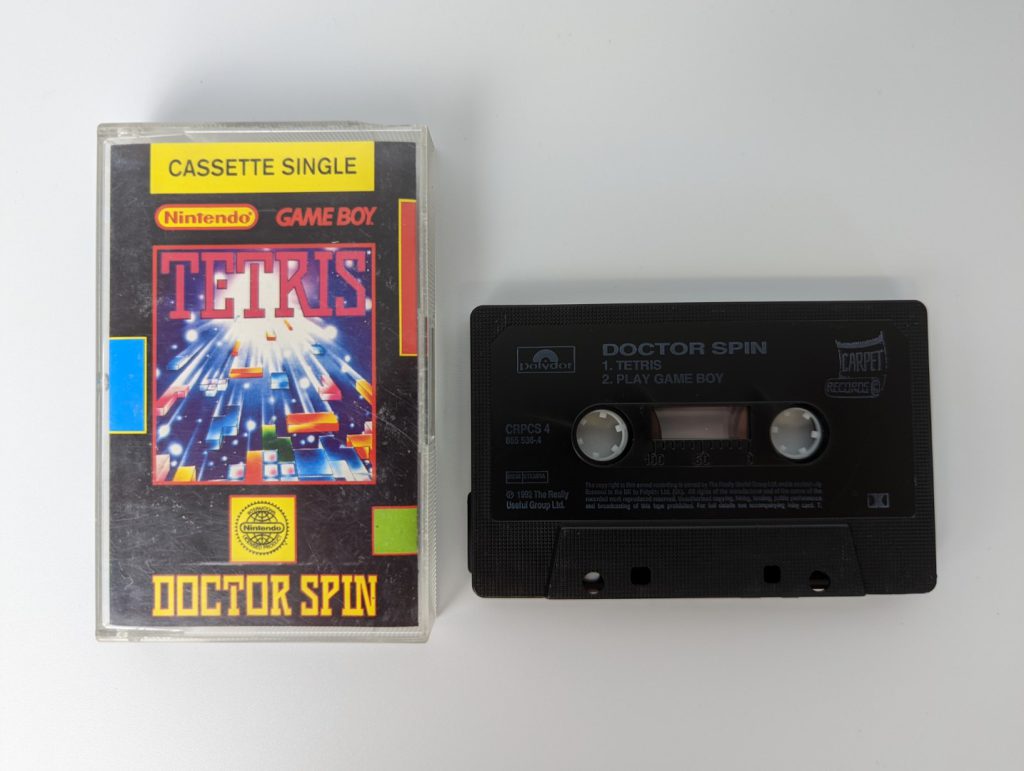 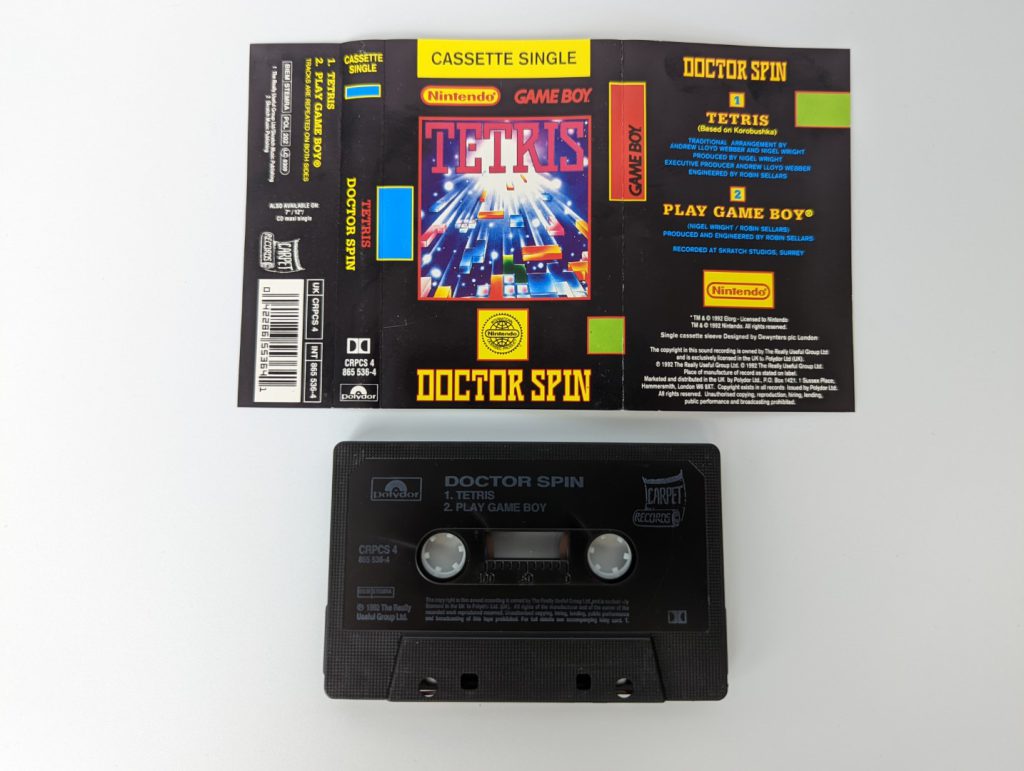 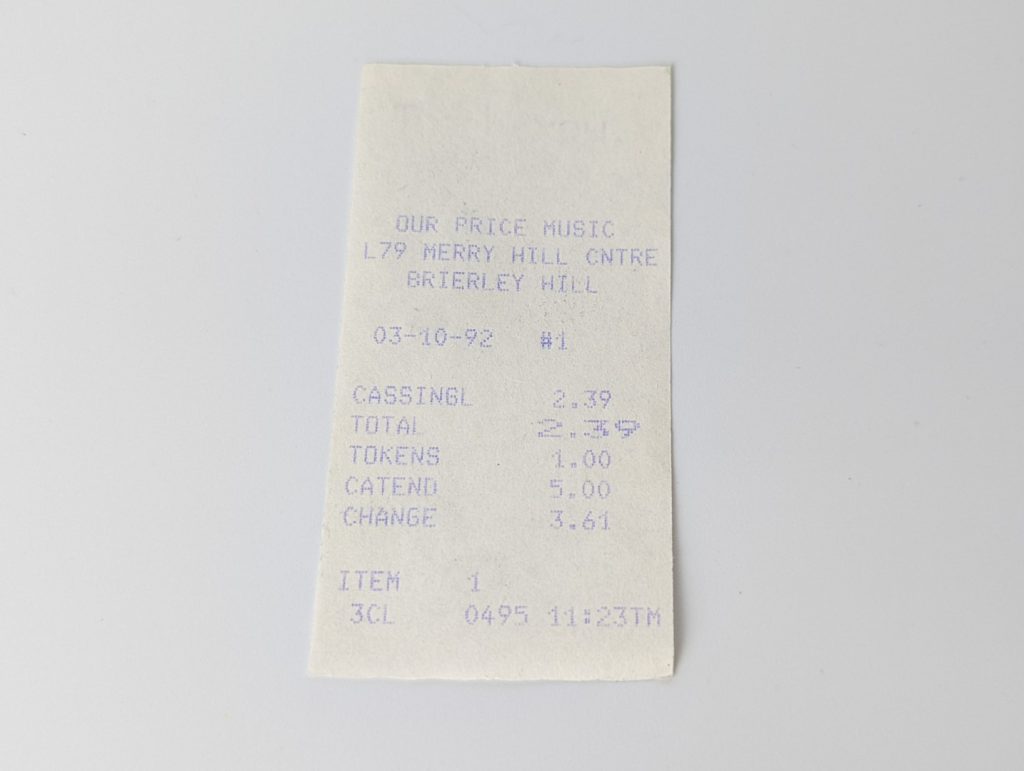 So in order to bring this pickup in line with the overall theme of this website, I purchased a retro gaming related tape that I could play with this setup. I stumbled upon this, Tetris by Doctor spin. I never knew this existed, but I am happy it does. Don’t get me wrong, the song is terrible, but who cares. The interesting thing with this tape is that it still had the original receipt with it. It was bought in 1992 in the shop ‘Our Price’. This gave me a ton of nostalgia as I remember shopping in Our Price when I was a kid.

Here are both songs in all their glory.

The new family looking great together