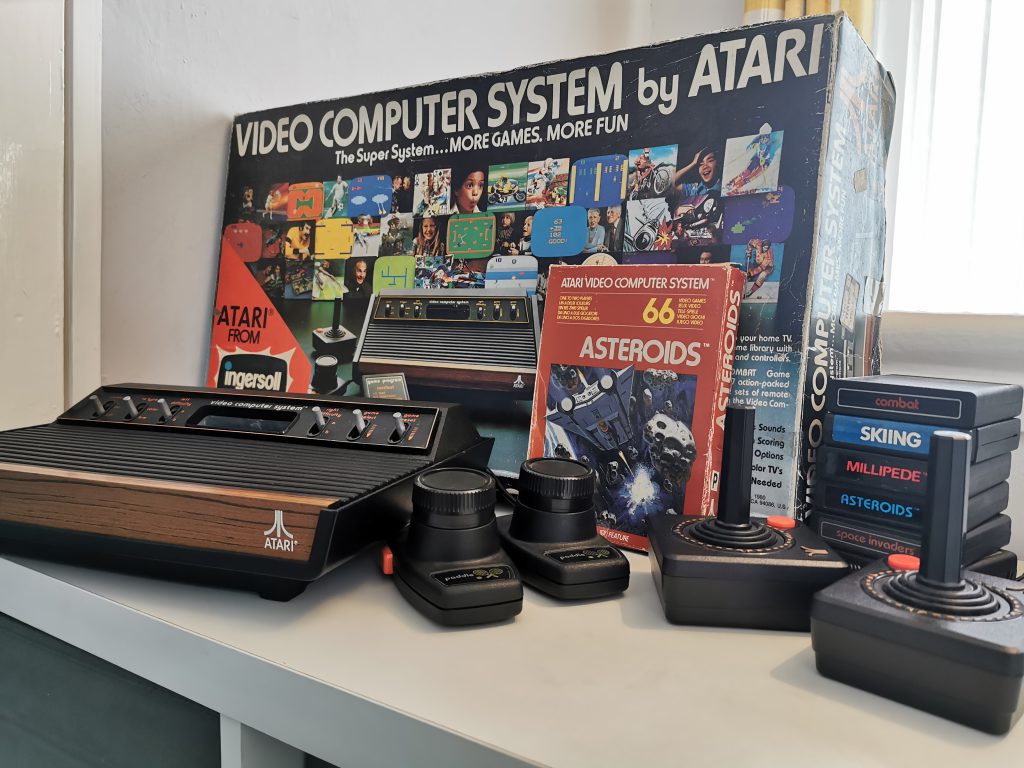 The Atari 2600 was released (as the VCS or Video Computer System) in 1977. Although not the first video game console The 2600 was so successful in the late 1970s and early 1980s that the word “Atari” became a synonym for video games in general.

The original 2600 was known as the ‘Heavy Sixer’ referring to the six aluminium switches located on the top/front of the unit, these switches are for power, TV type selection (colour or black-and-white), game selection, player difficulty, and game reset.

The original Atari 2600 controller is as iconic at the system itself featuring an 8-directional joystick and a single red button. It was so successful that it’s port became the industry standard and because of this, it could be used with the MSX, Commodore 64, Amiga, Atari 8-bit family, and Atari ST. The 2600 also shipped with a pair of conjoined rotary paddle controllers.

The Atari 2600’s rapid growth ultimately led to the success of the video game industry. However it would also play it’s part in the lead up to The Great Videogame Crash of 1984, which toppled the industry and threatened the future of electronic gaming in America. 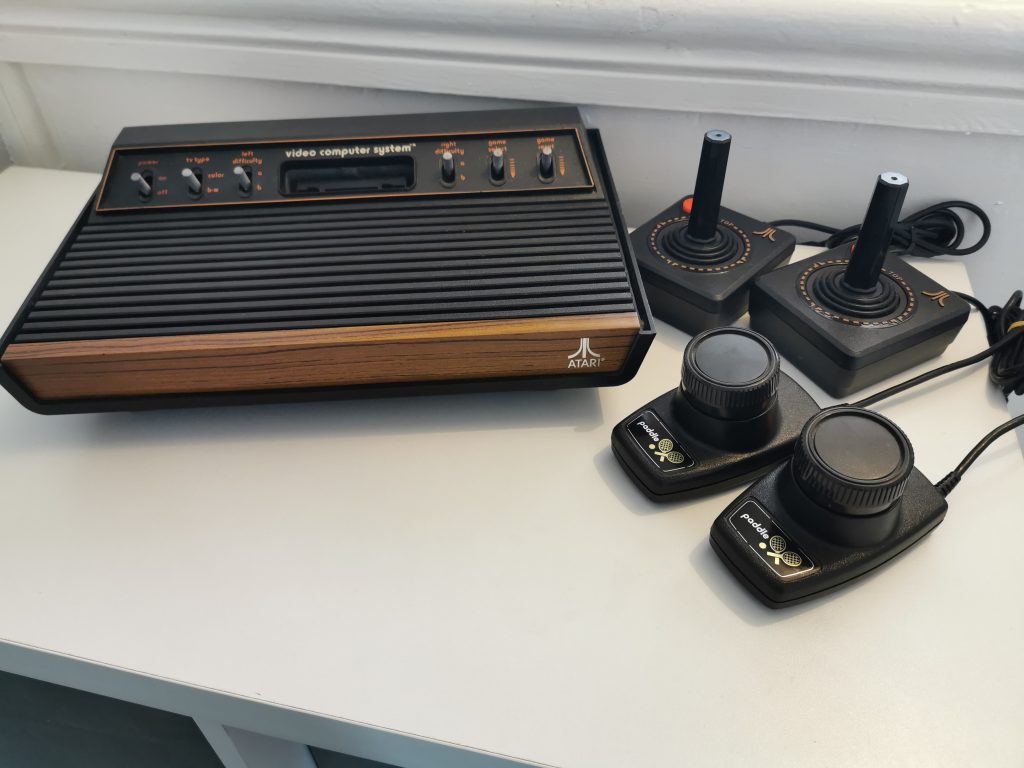 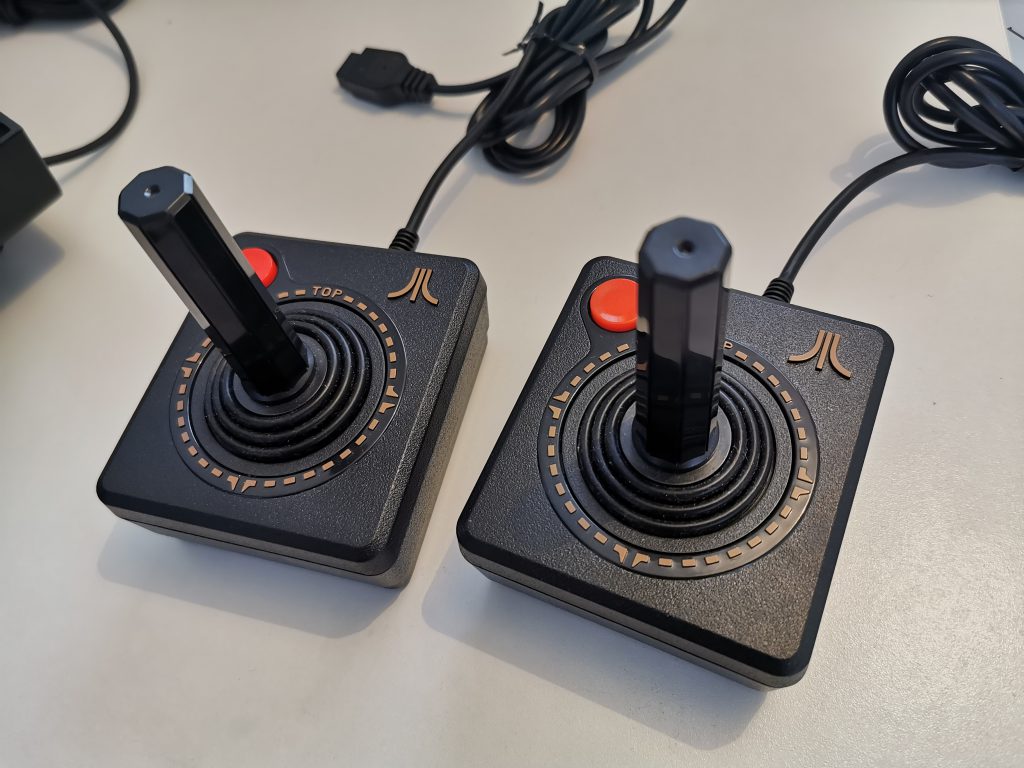 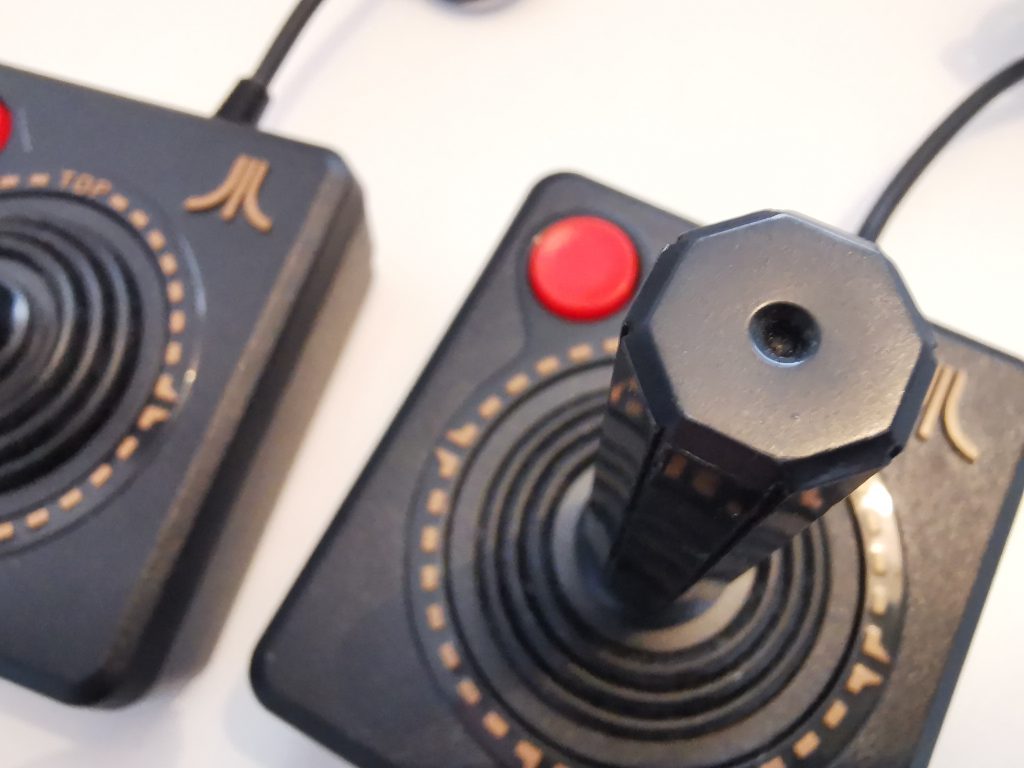 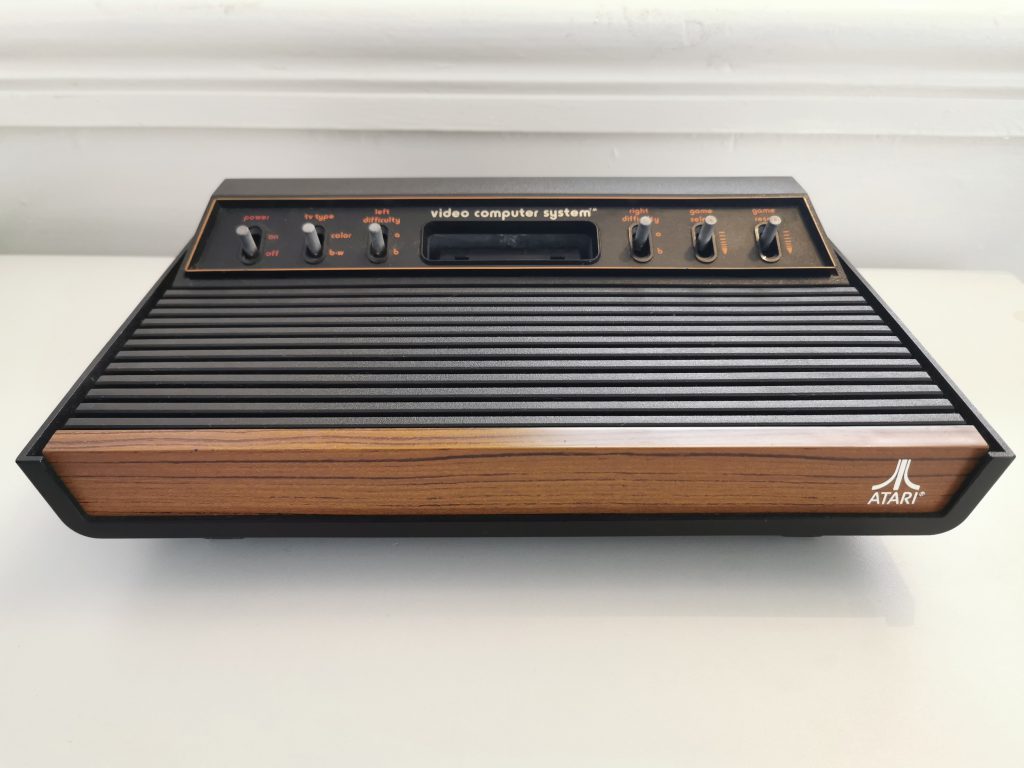 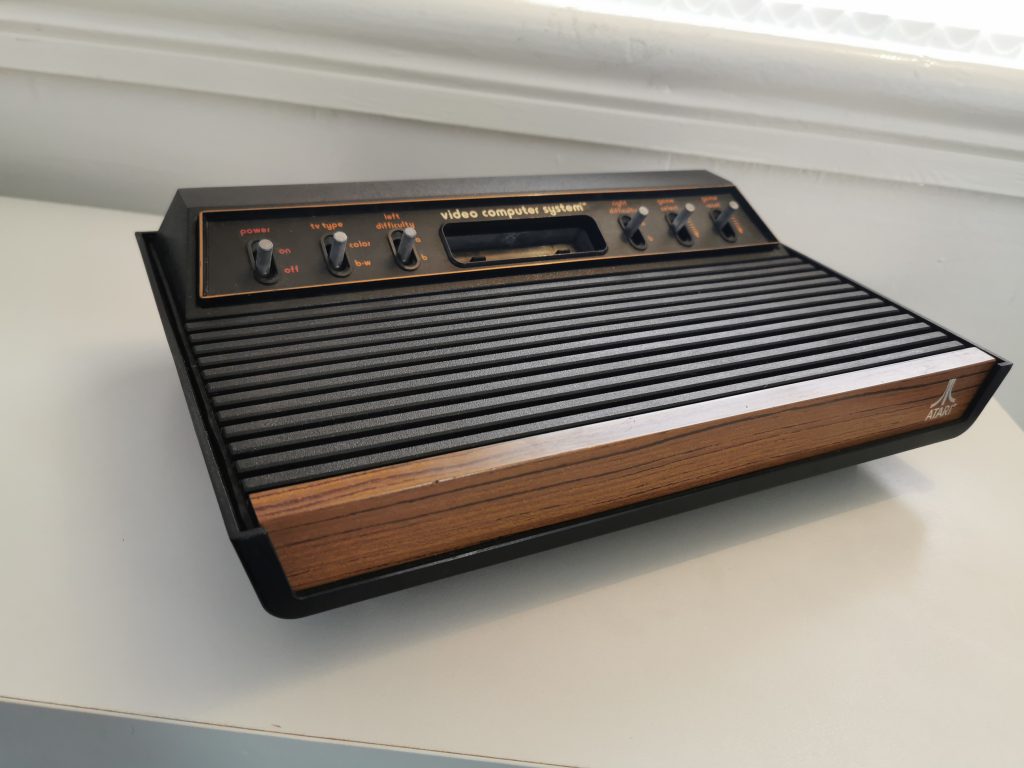 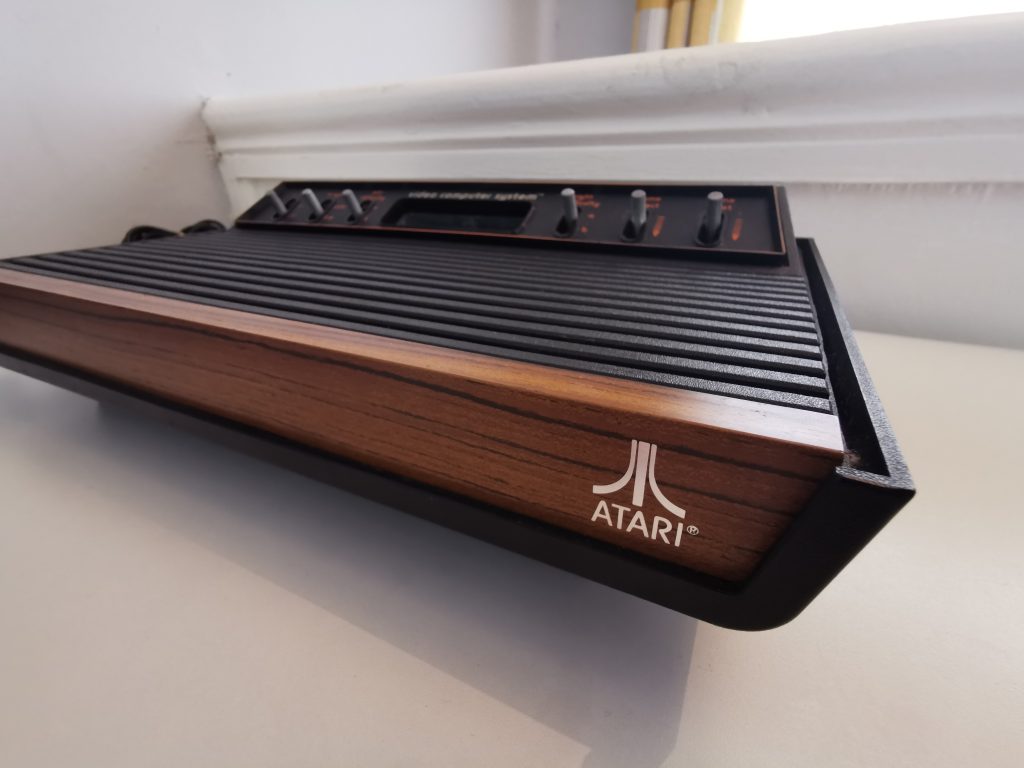 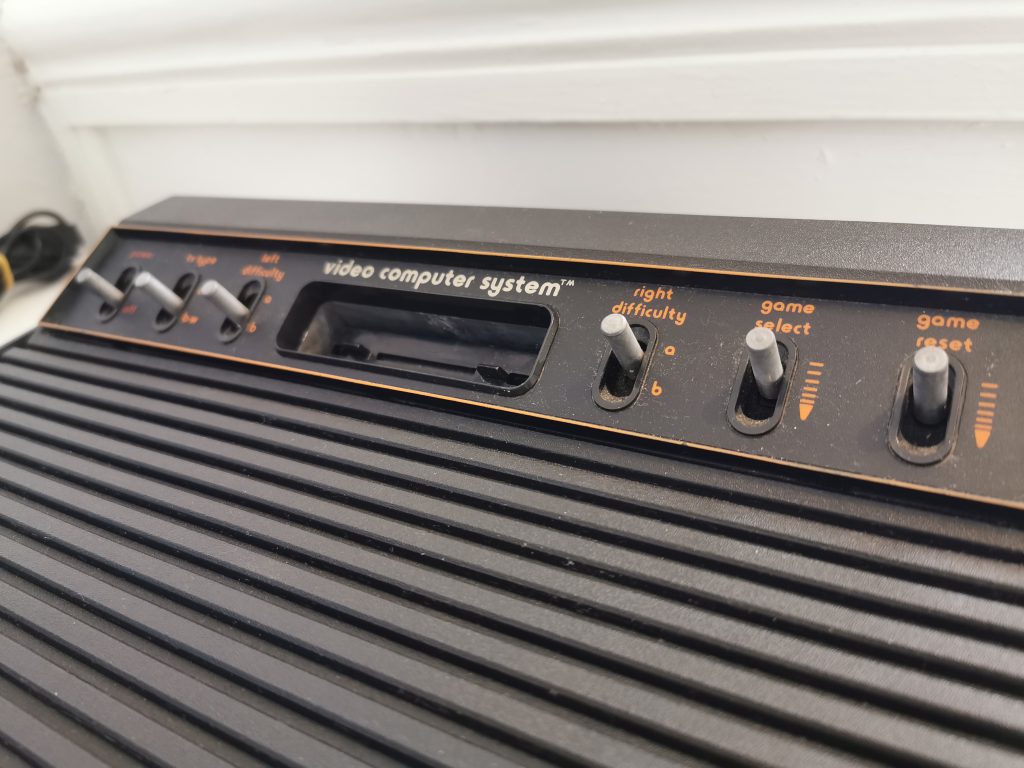 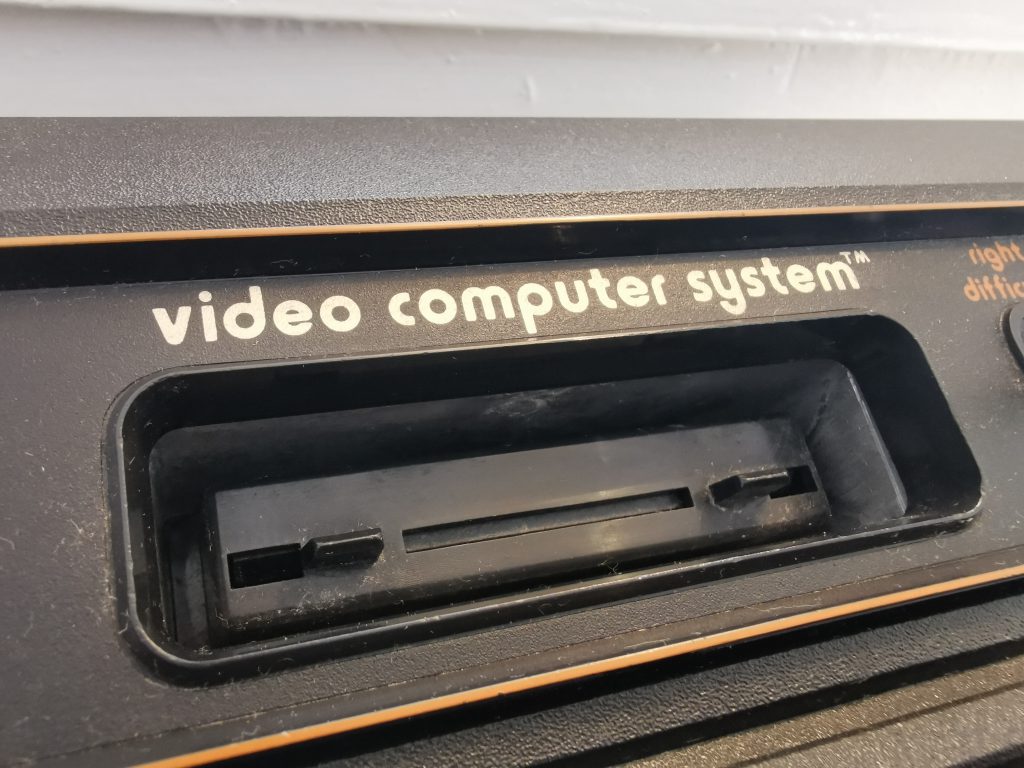 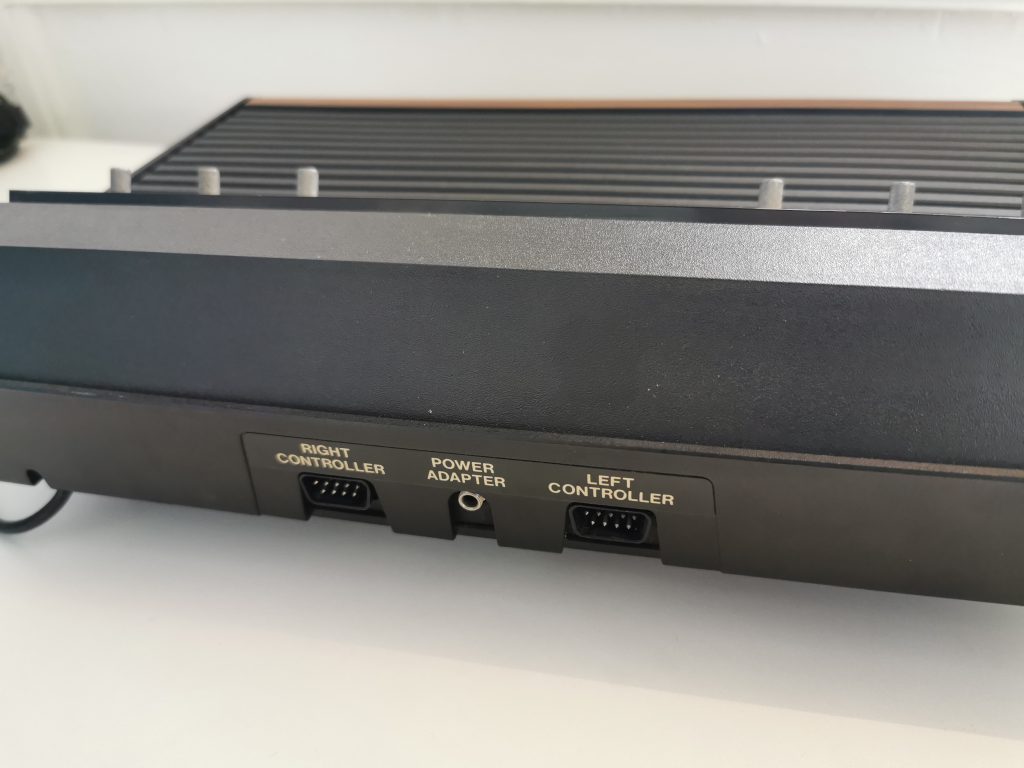 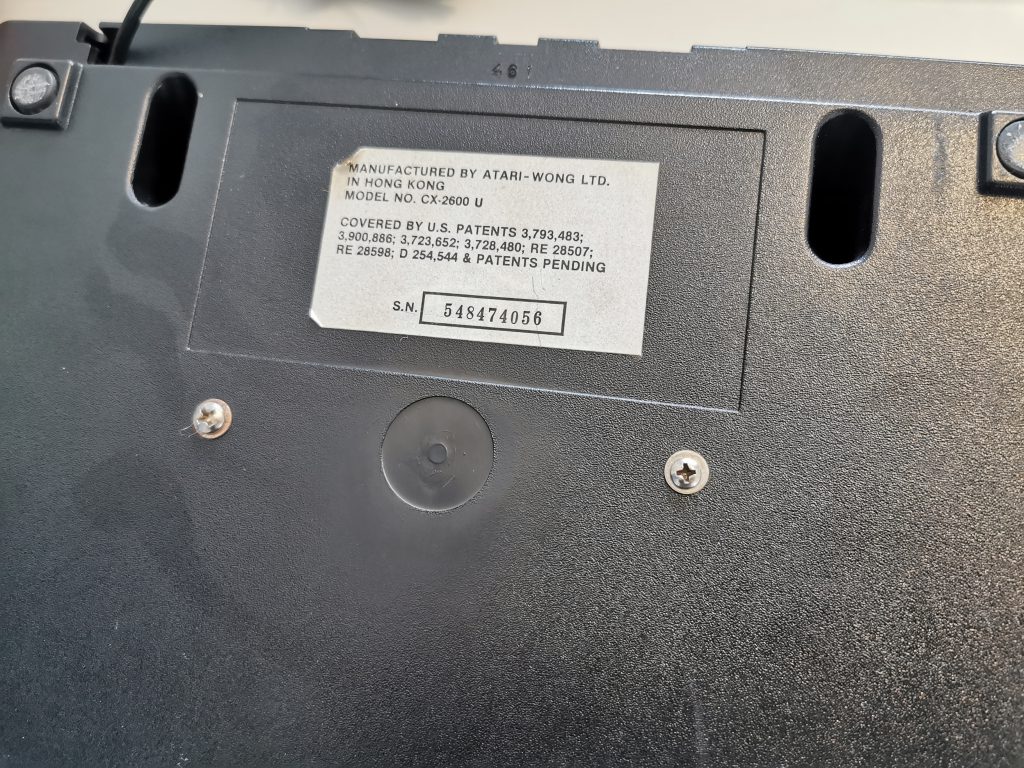 I never had a 2600 when I was a child, but I definitely remember playing one at some point.

I have the ‘Light Sixer’ version of the console, this revision features subtle but noticeable differences. The main difference being the trim, seen from the front, is noticeably thinner however it still includes the famous wood-grain styling. The console is a beast to look at, with it’s blocky angular lines, it certainly looks like a hefty piece of furniture very in-keeping with its time of release.

I also have the Atari 2600 Jr which was released in 1986. This slim-downed version of the console matched Atari’s new consoles (The Atari 7800) design aesthetic. The switches have been replaced with updated ones that sit flush with the case. The AV cable is no longer built into the system. An RCA port is now on the far left where the RF cable can be attached.
This Console has lost the iconic look that made the console famous and I am not a fan of this design but this is the console that sits nicely in my shelving unit due to its smaller size. 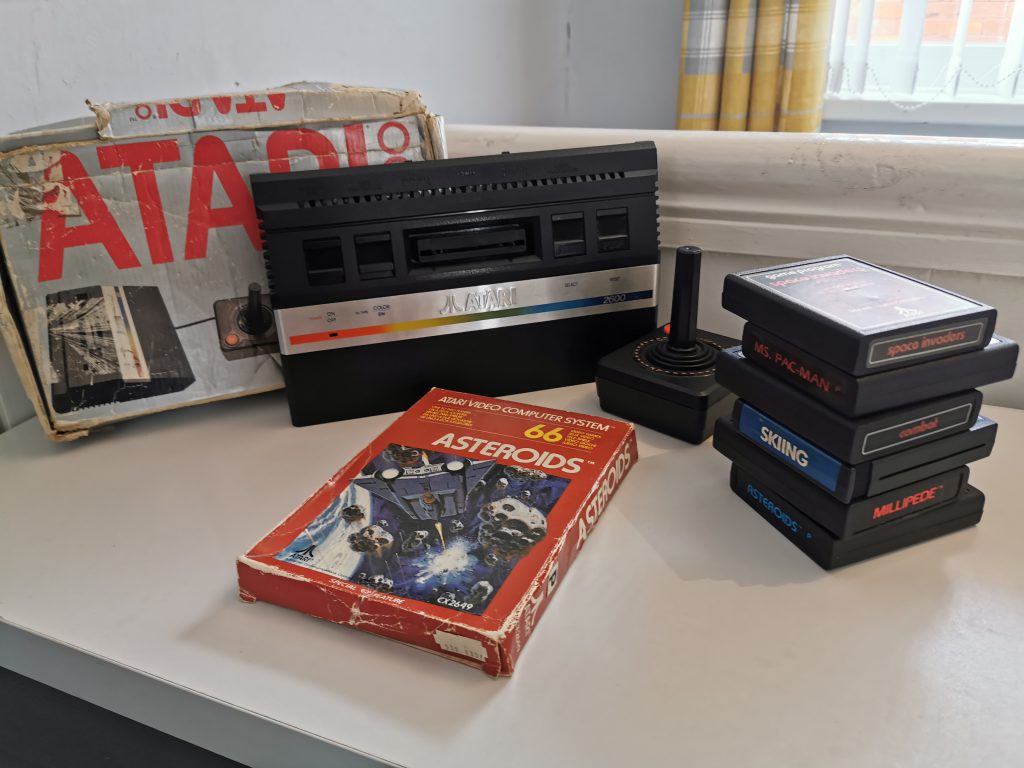 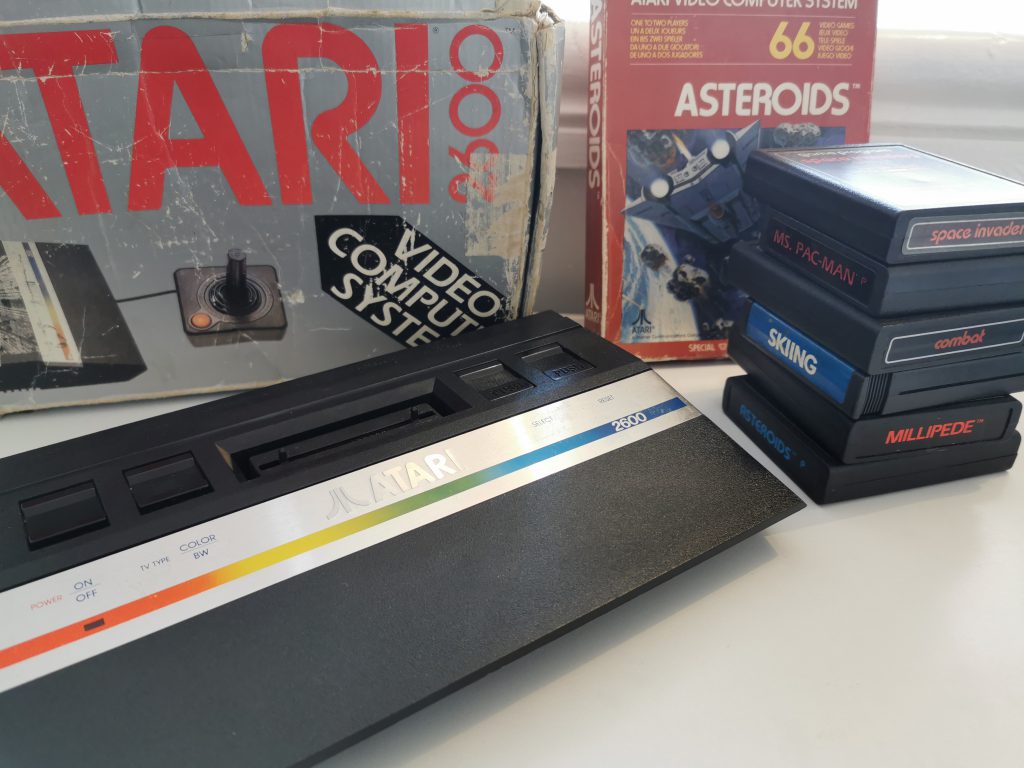 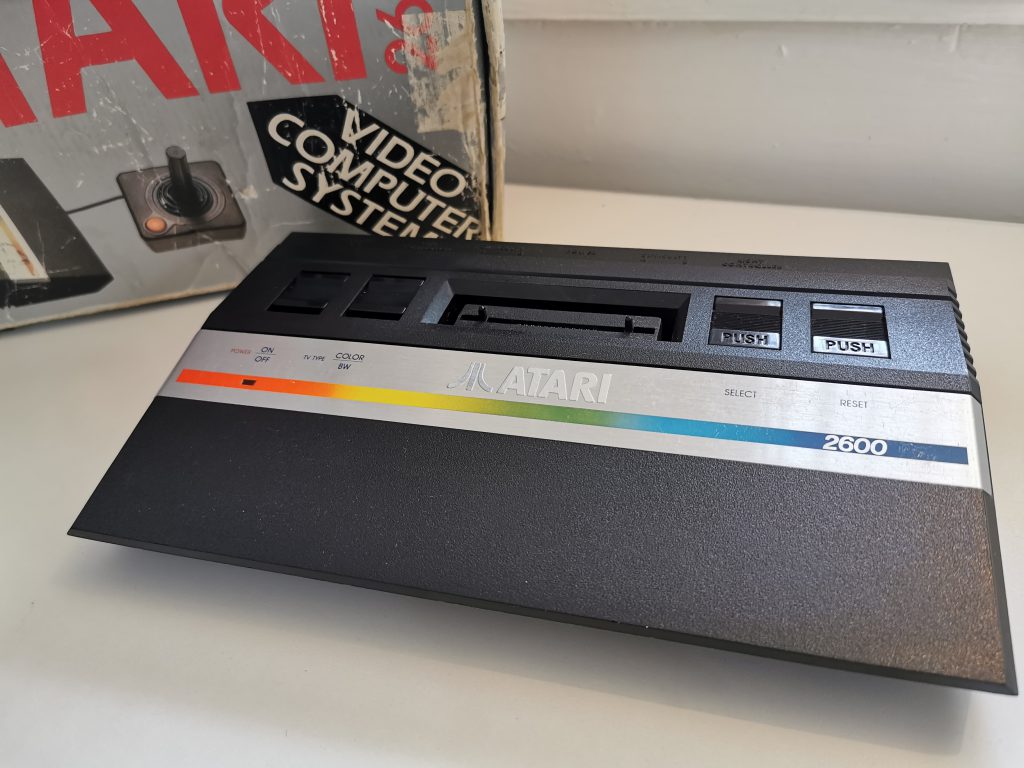 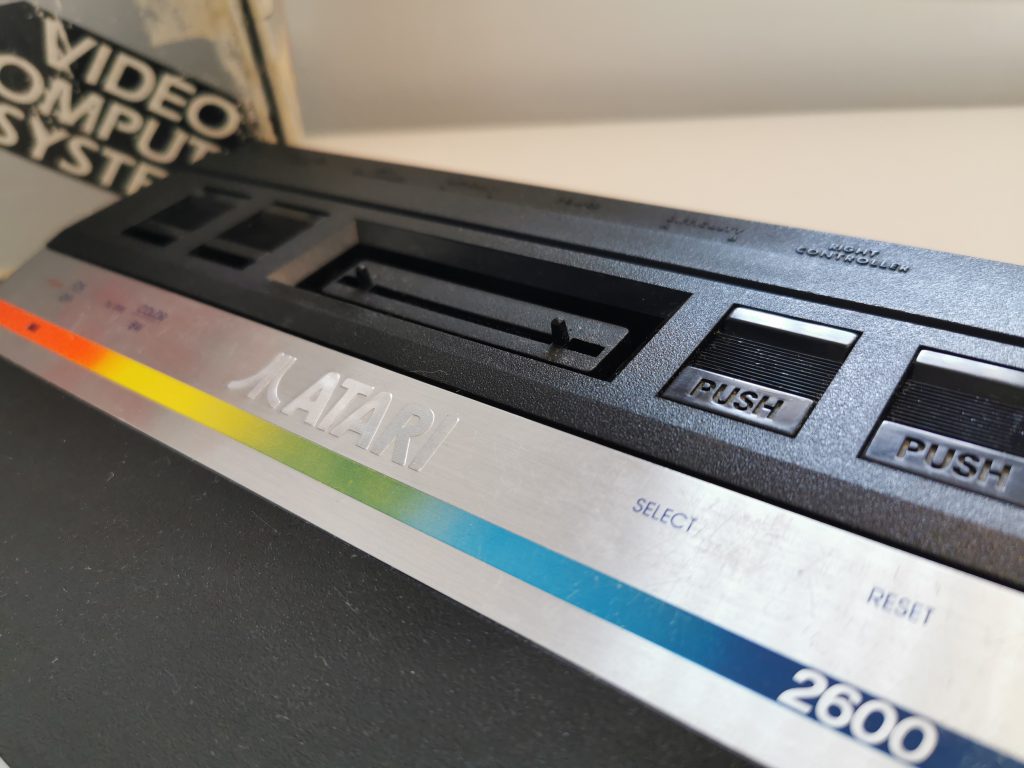 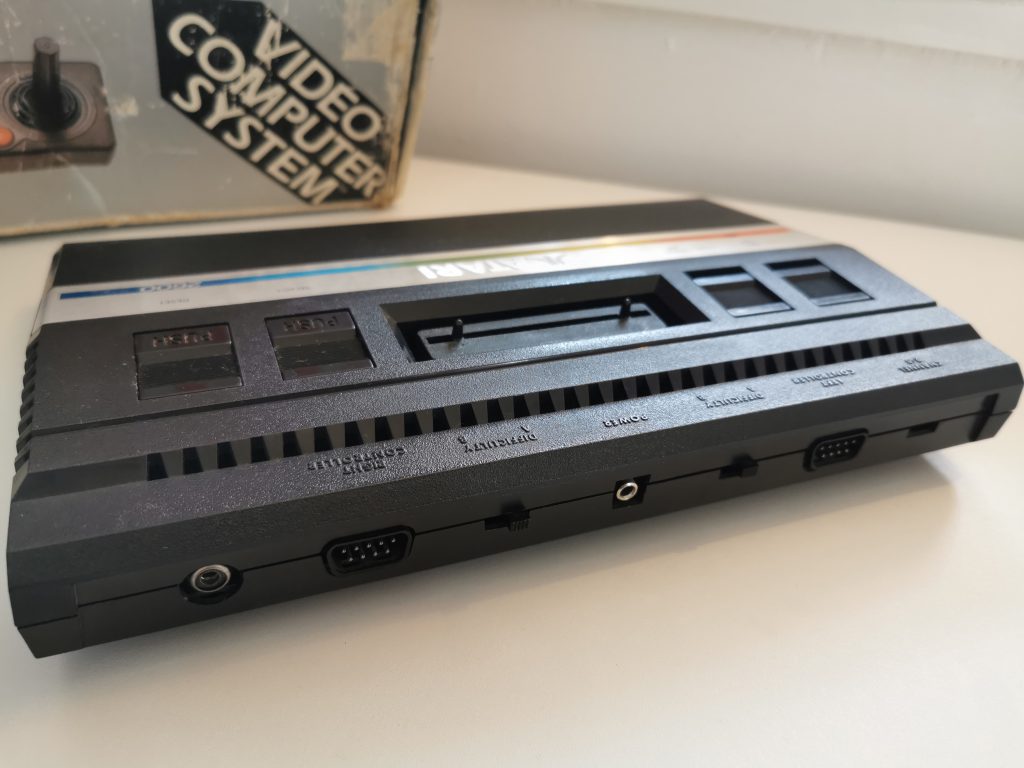 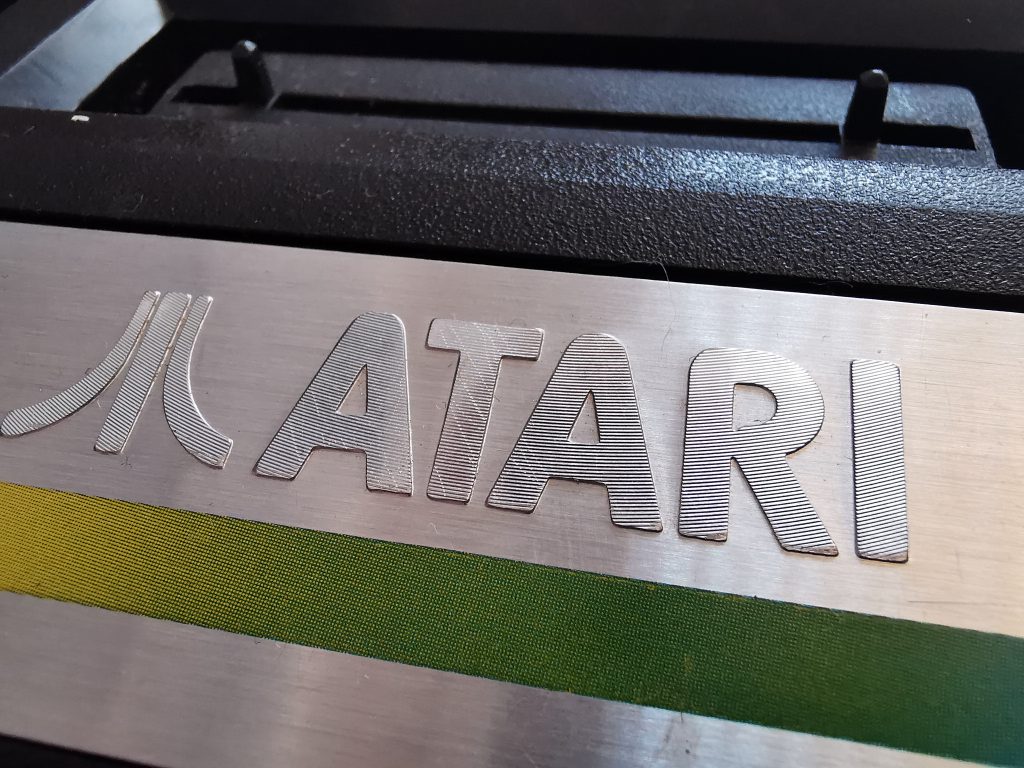 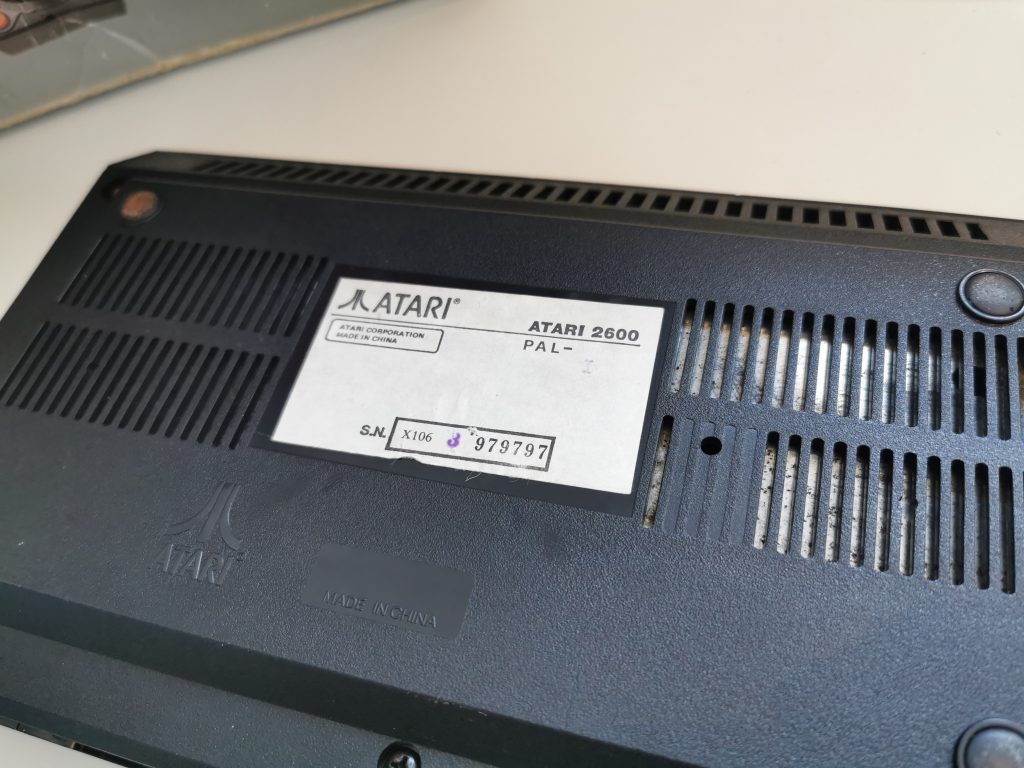