The Sony Playstation 4 (PS4) was released in November 2014 as part of the 8th generation of games consoles, competing with the Nintendo Switch and the Microsoft Xbox One. The PS4 is the worlds 4th best selling home console.

The PS4 supports Blu-ray and DVD playback, including 3D Blu-ray. The console places an increased emphasis on social interaction and integration with other devices and services such as community creation, media sharing, live streaming and share play ability.

The Playstation’s controller, the DualShock 4, was also redesigned and improved over the PlayStation 3, with improved buttons and analog sticks, and an integrated touchpad capable of detecting up to two simultaneous touch presses among other changes. 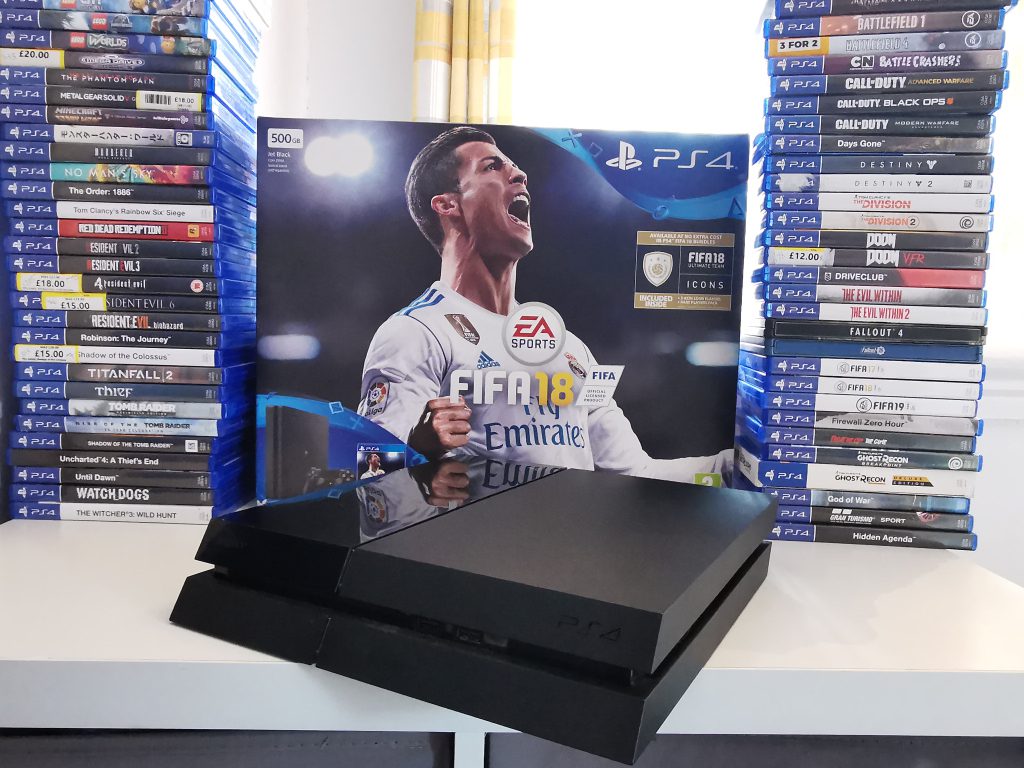 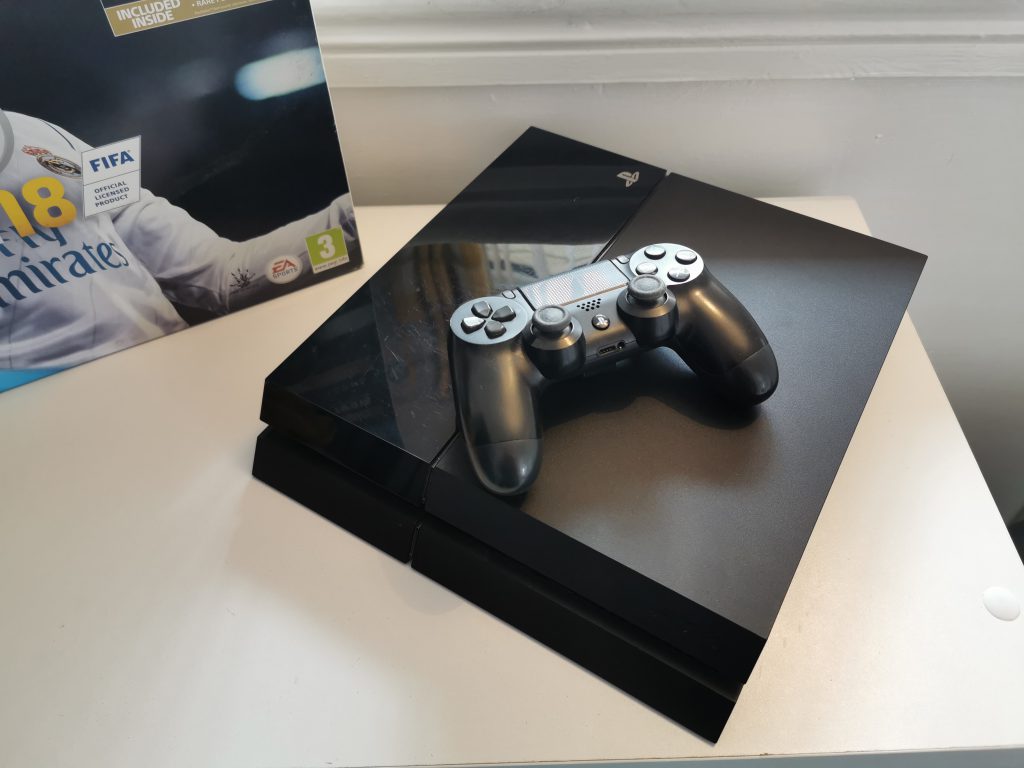 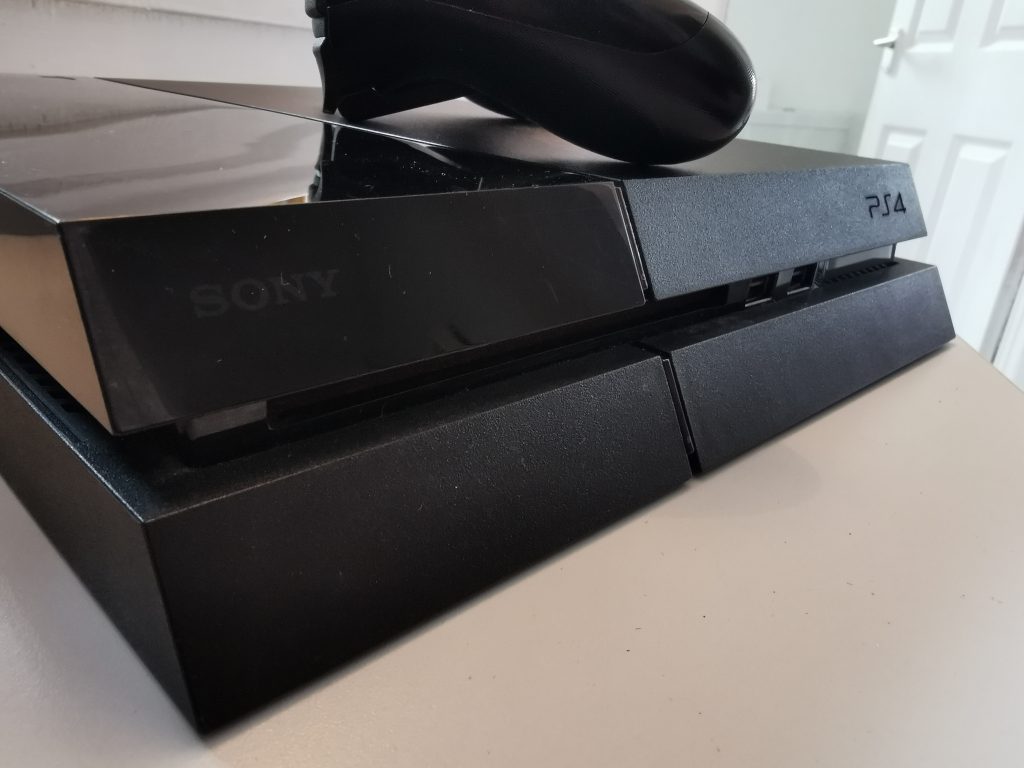 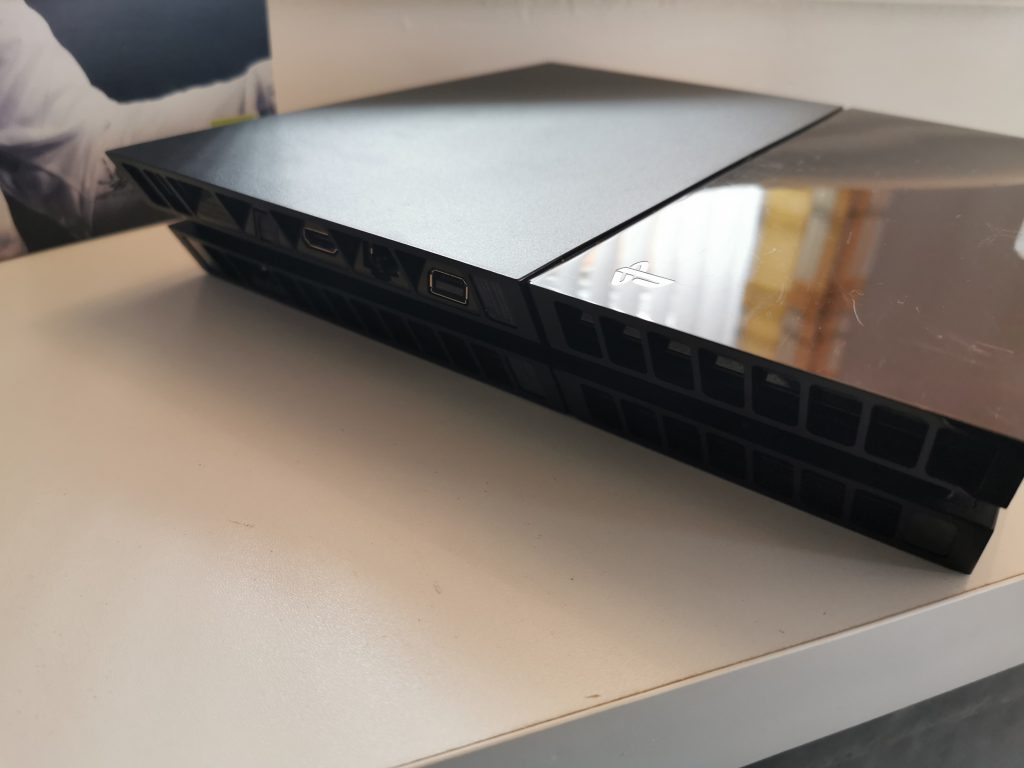 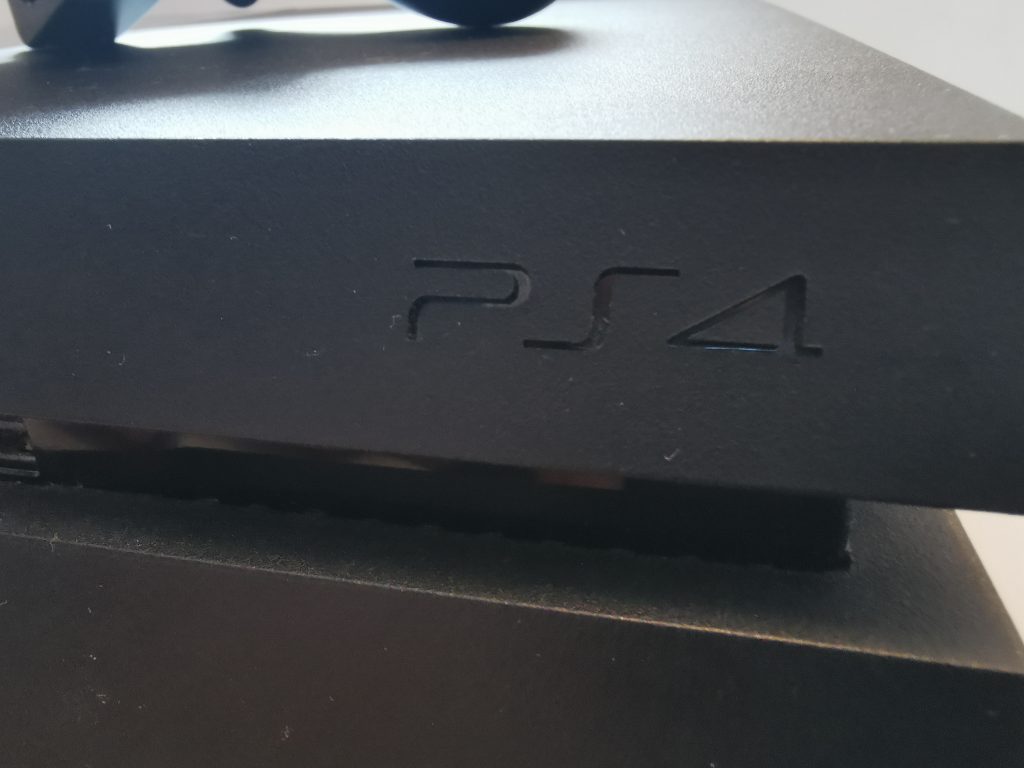 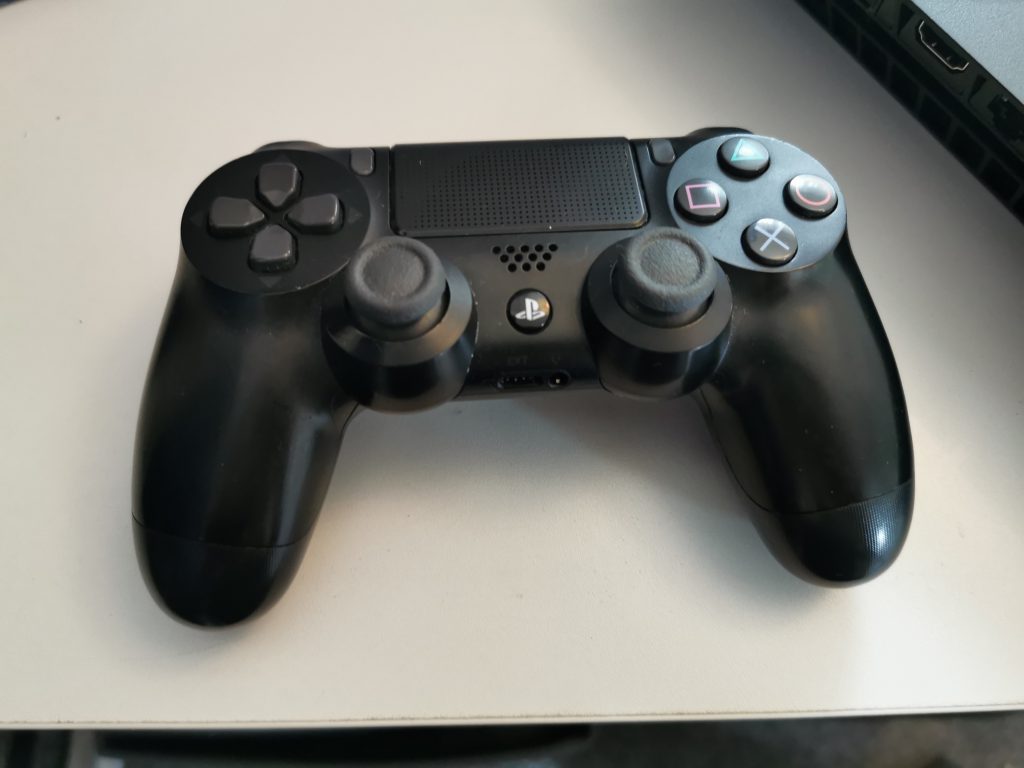 I purchased the PS4 quite early in its lifespan when there wasn’t a great deal of games for the platform just yet. However that changed quite rapidly and the 2 games that would ultimately take over a large portion of my time with the console was Grand Theft Auto 5 and Rocket League. I would play GTA pretty much every night with 3 of my friends and really enjoyed my time with it. The various console exclusives on the PS4 kept my interest up. Uncharted 4, The Last Of Us, Until Dawn and Days Gone are just a few of my favorite games for the console.

The console itself isn’t much to look at it’s essentially an ugly slab of plastic, it’s strange slanted, angular body certainly makes a bold impact. The angles of the console make things unnecessarily difficult as it obscures visibility for cable connection in the back. As with the Xbox One, the PS4 also has a touch sensitive button on the front face which is all too easily pushed and if that occurs, it’s a few minute wait before you can finally turn the console back off without damaging anything due to the PS4’s software file system.

The controller is all but perfect, and a huge improvement on the PS3’s Dualshock 3 pad. It now feels less than a toy and has a slightly larger size and is heavier which help give the controller a more premium feel. As we near the end of the PS4’s life, I still feel like the touchpad on the pad was more of a gimmick rather than a useful touch input and was under utilized by the games and software. I think it was a misstep by Sony and I hope in the next generation if the controller features a touchpad, it is more useful. But I would rather just have a couple more buttons on the controller rather that a large touchpad taking up a lot of real-estate.

My PS4 is certainly showing it’s age, the fan is very loud while playing any game released in the latter part of the PS4’s life. Also the disk tray is temperamental when it comes to feeding in or releasing the game disk. I want to eventually replace this console with the PS4 Pro. 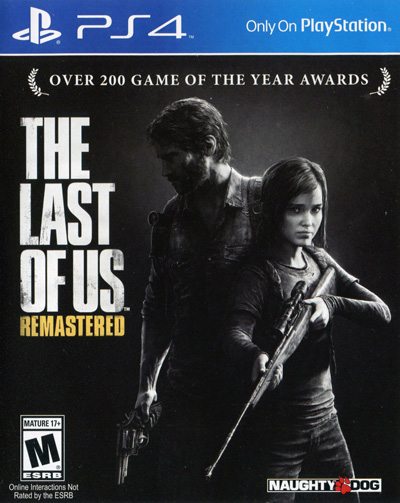 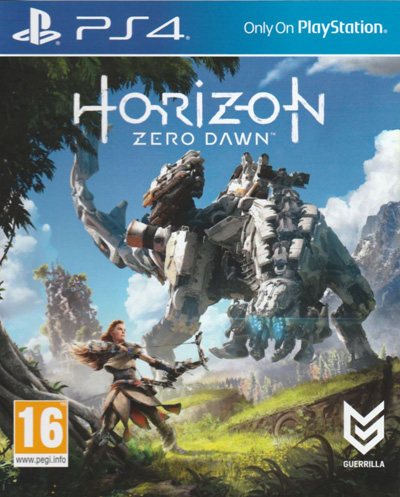 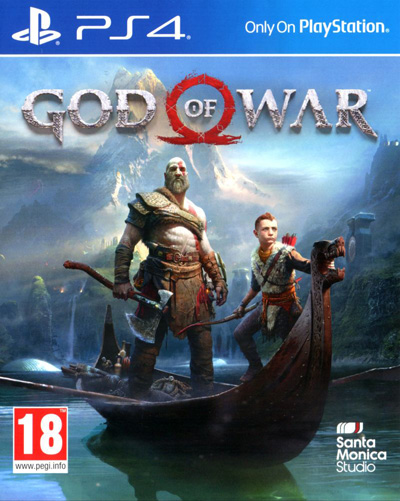 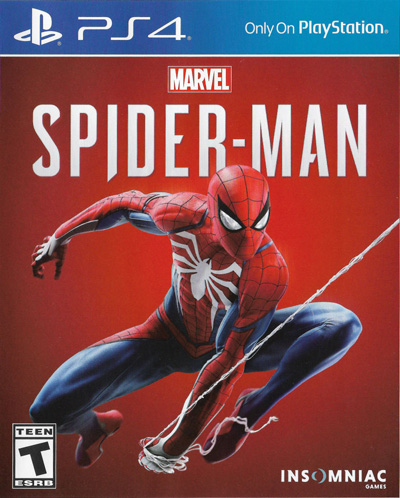 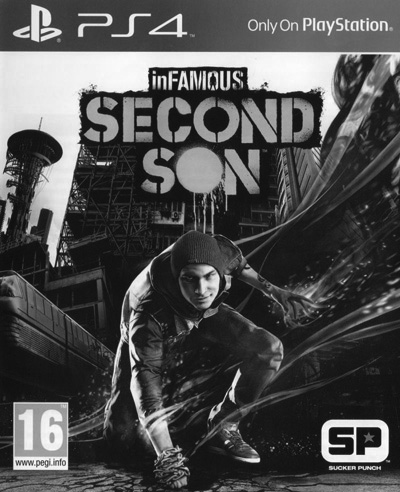 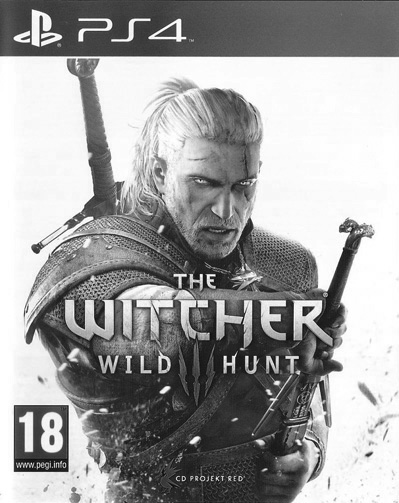 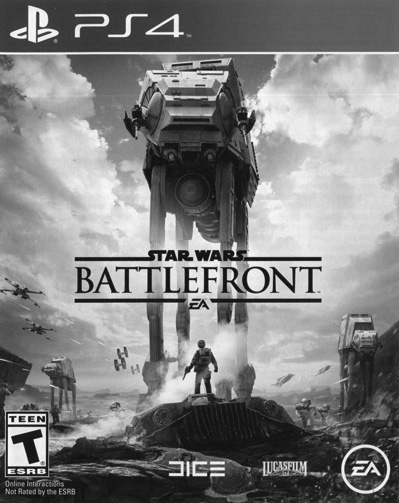 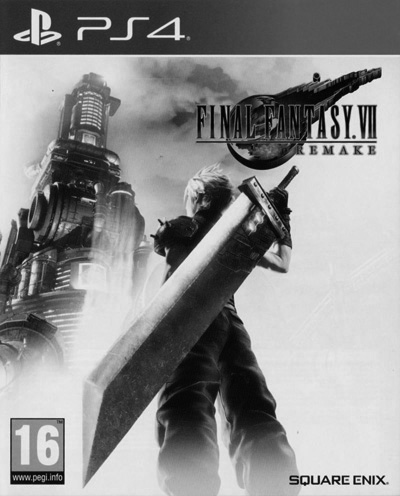 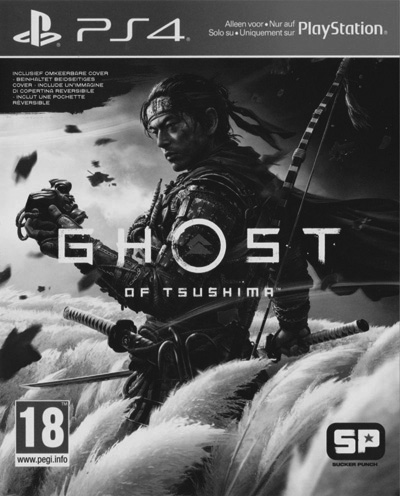