Disclaimer: I know I said that I would not be collecting the Pokemon games as I have no desire to ever play a Pokemon game, now while that is still true, I have added these two games to the collection.
In my almost 10 years at Cash Converters, boxed versions of these games have never come in. I couldn’t let them slip through my fingers as they were in pretty amazing condition, so I pulled the trigger on them. Now I still won’t be actively collecting any more of the Pokemon games, I will most likely grab them if they fall into my lap like these ones pretty much did.

Pokémon Yellow, along with Pokémon Blue and Pokémon Red forms the first generation of Pokémon games. You control a number of fictional animals known as Pokémon and must travel the land using your current Pokémon to defeat and capture more.

There are 151 Pokémon that fall into various types such as fire, water and grass that have a complicated rock-paper-scissors relationship. You come across a series of town, each of which contains a gym where you must do battle with other Pokémon trainers. Each gym specializes in a different type of Pokémon. After beating each gym, you are given a new ability that lets you travel to new areas.

The object of the game is to defeat all eight gym leaders, or ultimately, to catch all the varieties of Pokémon. Some of them are not actually catchable in Yellow, so you must use the Game Boy link function to trade with friends using Red and Blue to complete your collection.

Pokémon Yellow differs from the other first-generation games because it is based on the Pokémon anime series. The main character looks like Ash and he starts the game with Pikachu, rather than choosing a Pokémon as in all other games in the series. Character graphics throughout the game are based on designs from the series and it includes Jesse, James and their Meowth, which the other games do not. 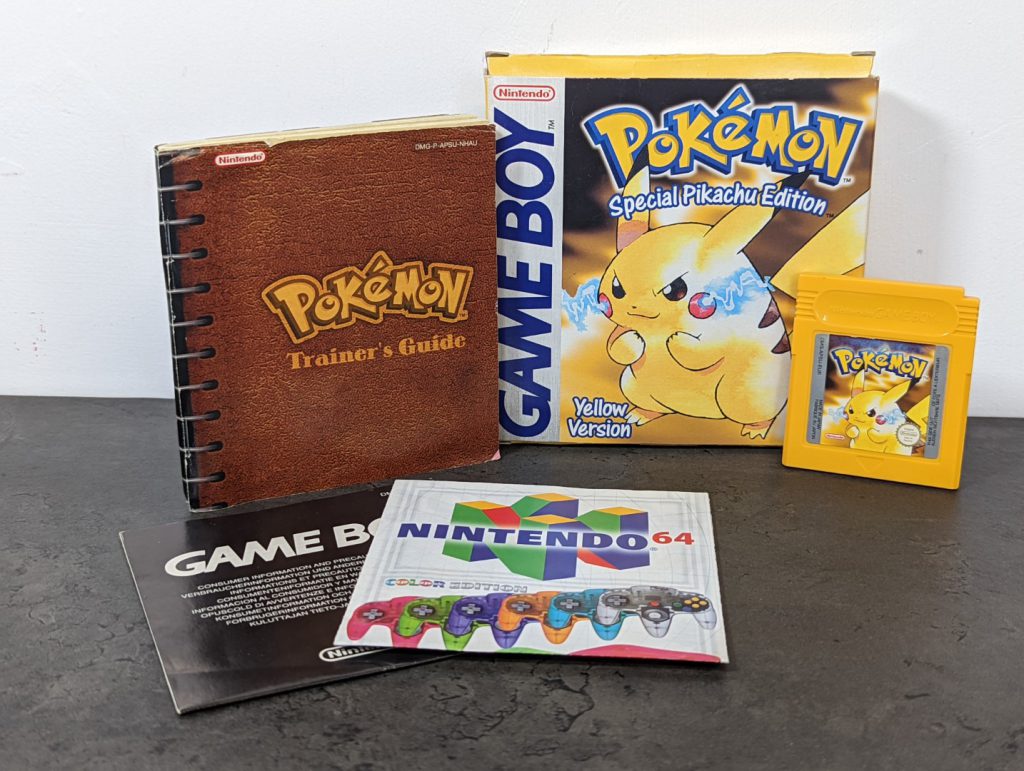 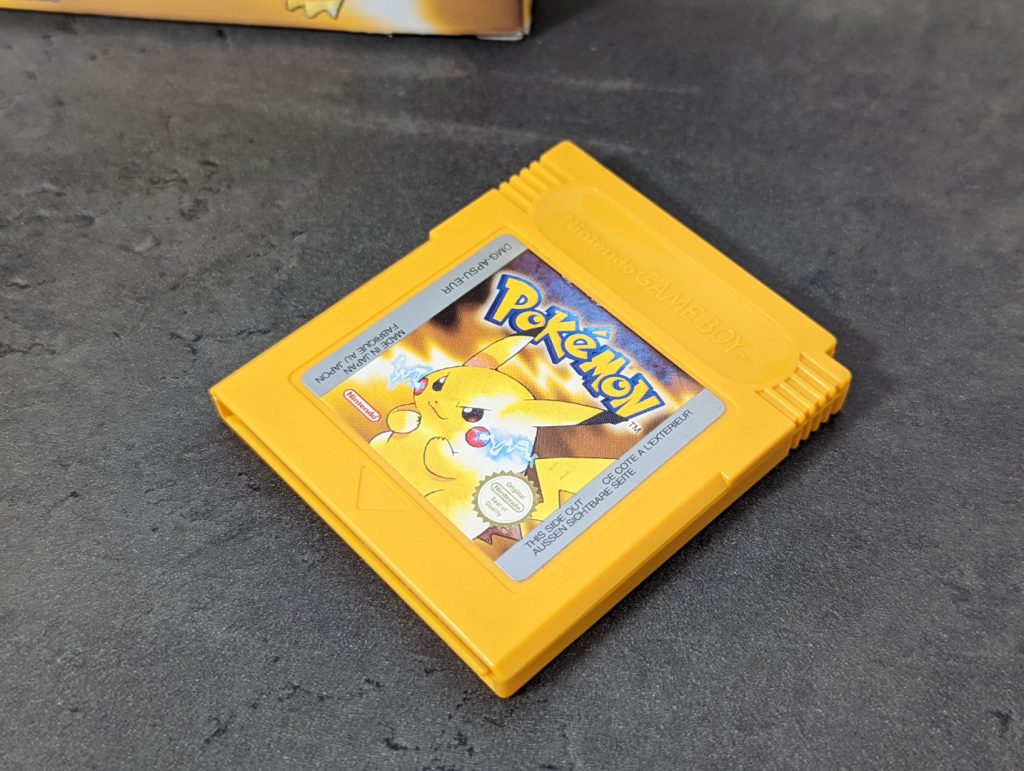 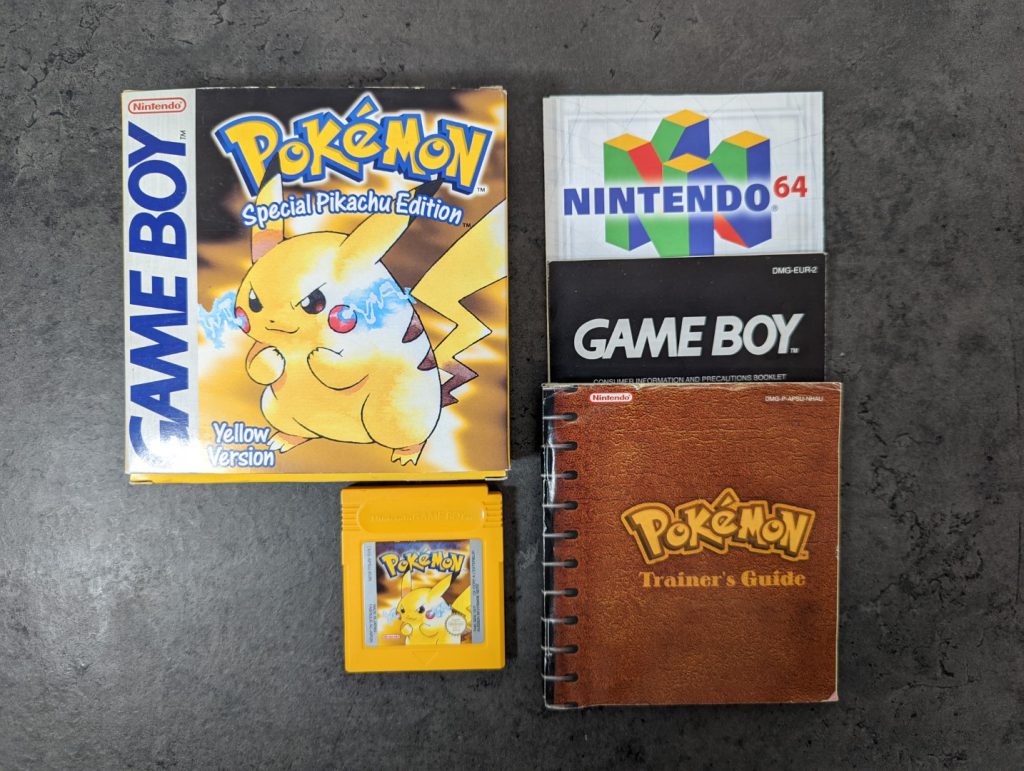 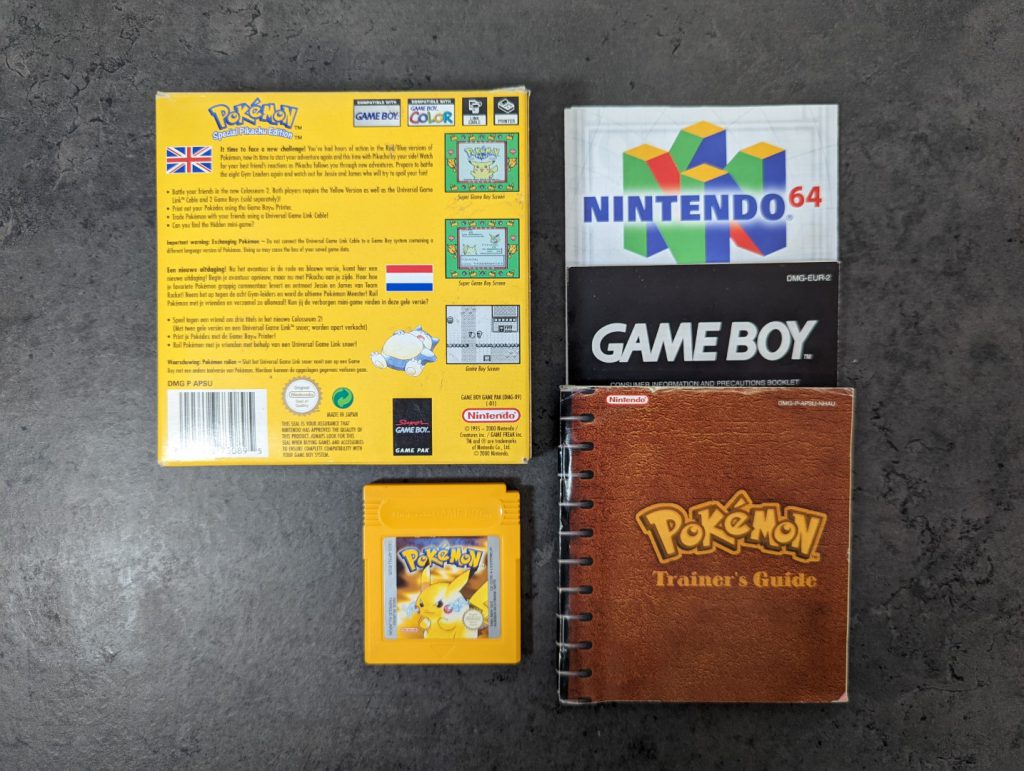 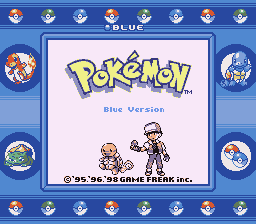 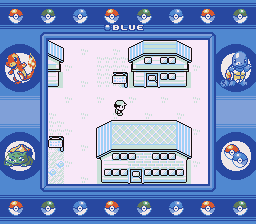 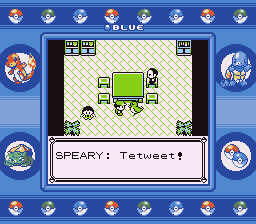 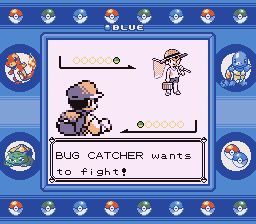 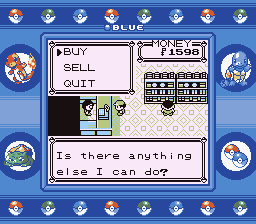 Pokémon Blue Version is the international version of Pocket Monsters Midori. Compared to the earlier version, Blue has updated graphics and audio, some changes to area layouts, and significantly overhauled code, all of which in fact originate from the Japanese release of Pocket Monsters Ao.

Blue and Midori share the same version-exclusive Pokémon; in order to complete the Pokédex, players must trade with owners of Red version. 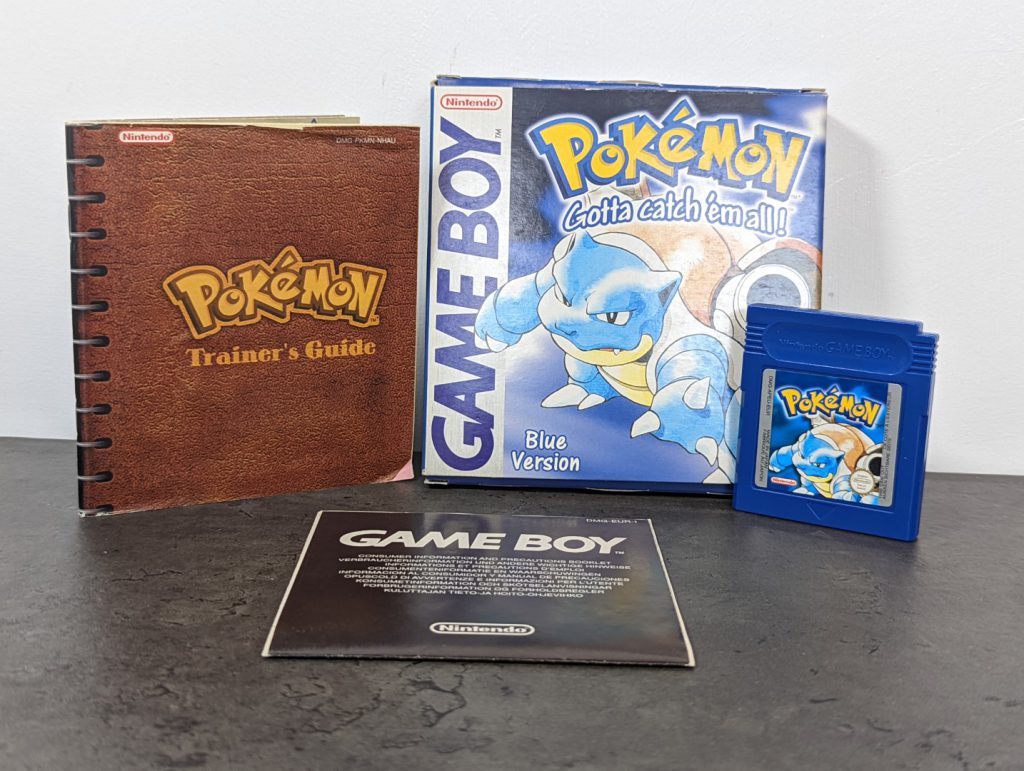 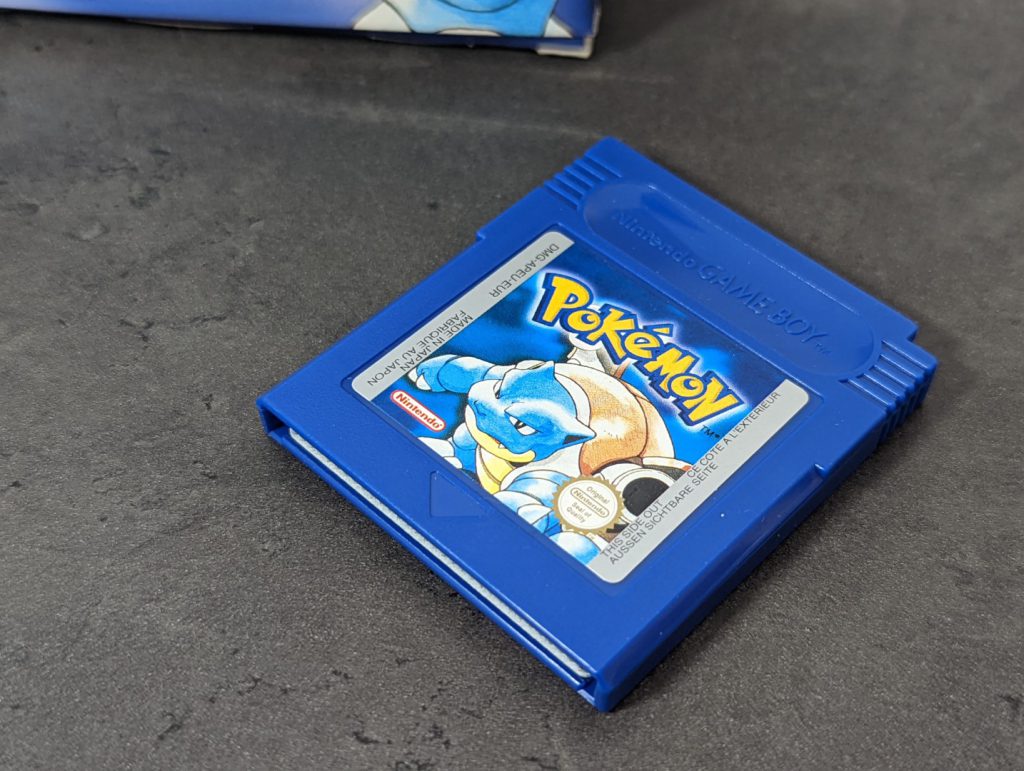 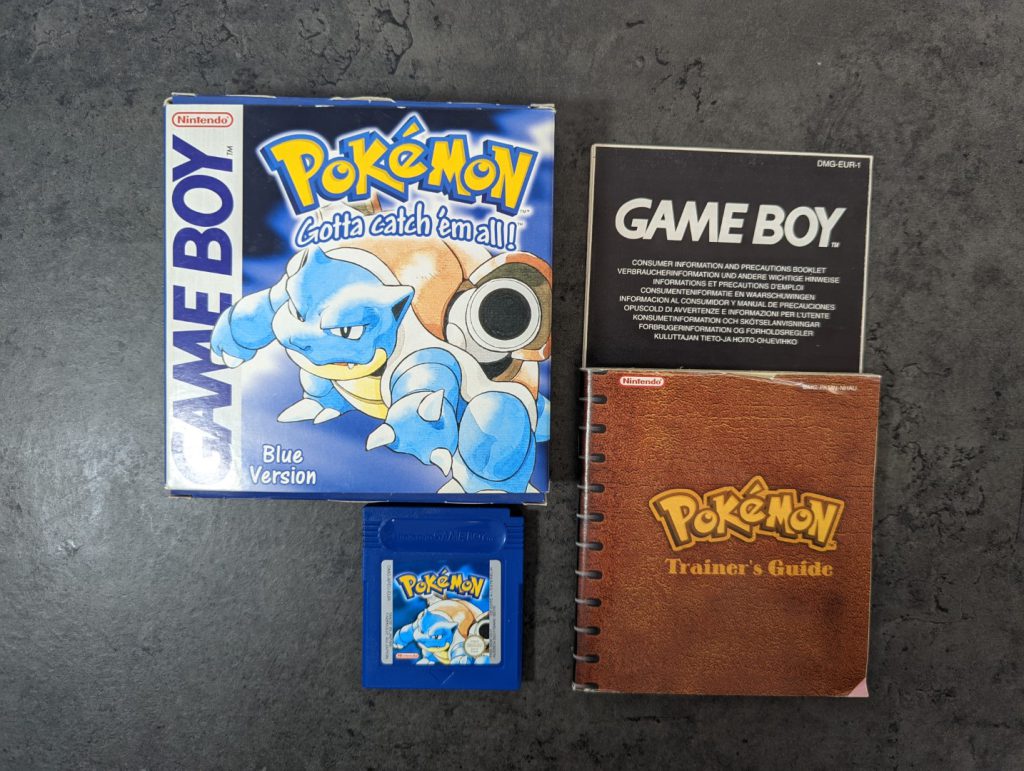 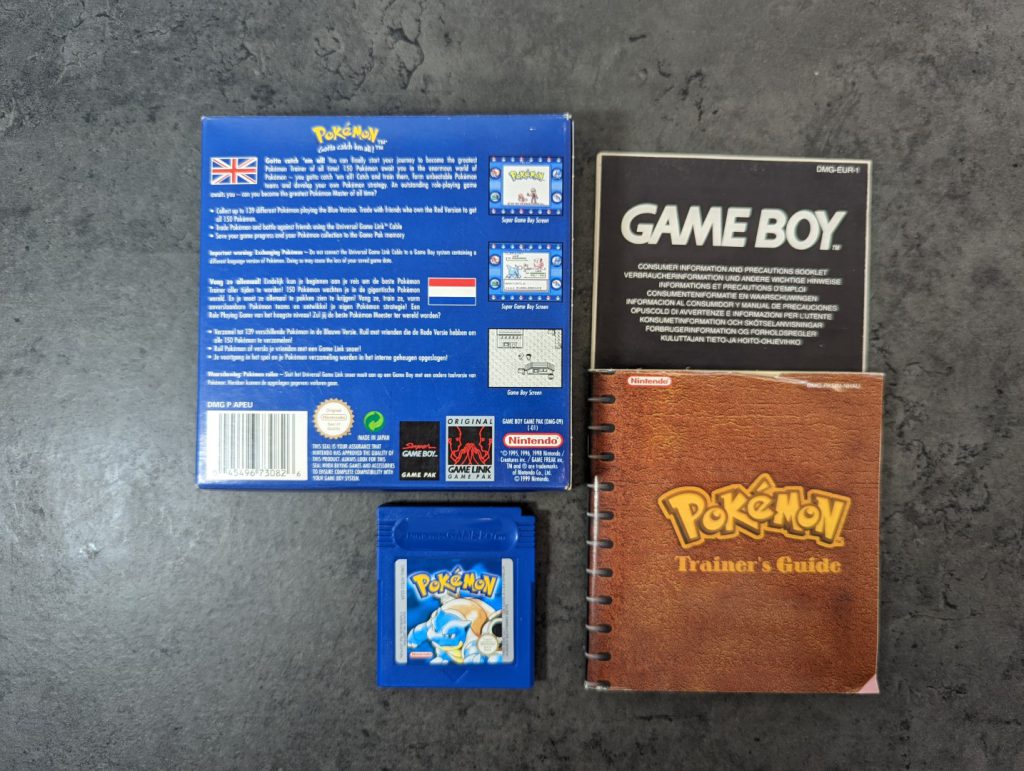