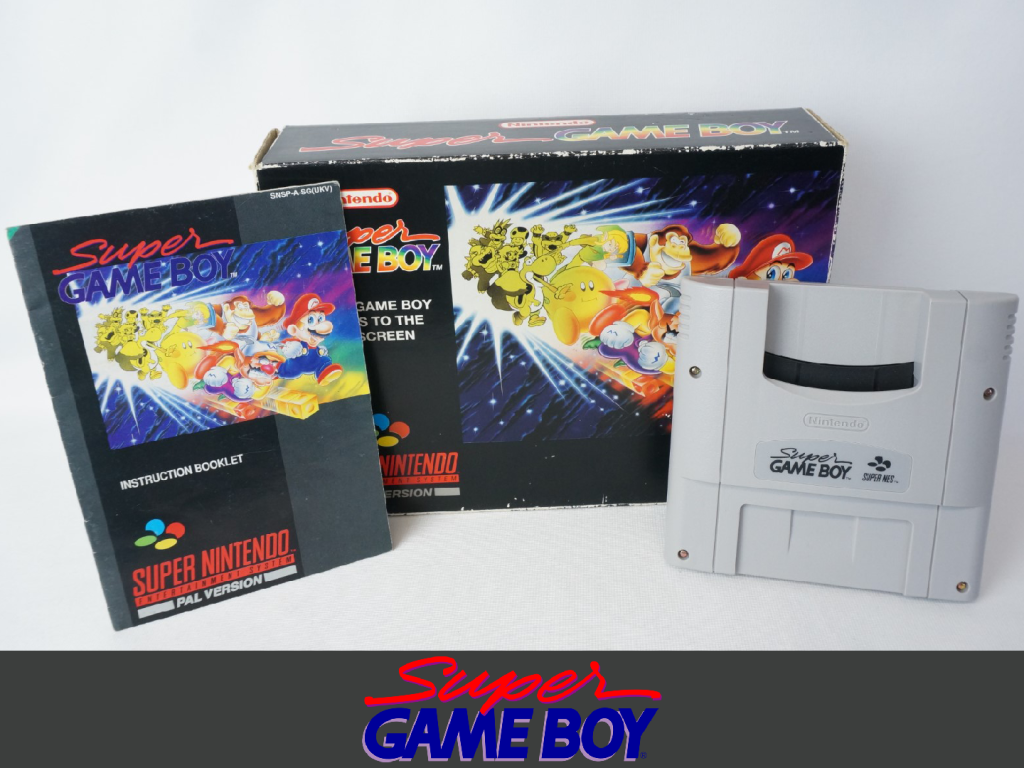 The Super Game Boy is a peripheral that allows Game Boy cartridges to be played on a Super Nintendo Entertainment System console. It was released in June 1994

Because the Super NES cannot emulate the Game Boy hardware at full speed, the Super Game Boy actually consists of the same hardware as the original handheld; inside the cartridge is a separate CPU that processes the games while the Super NES only provided means for user-input, output of graphics to the screen, and the additional colouring.

The Super Game Boy is compatible with the same cartridges as the original Game Boy: original Game Boy cartridges, the Game Boy Camera, and dual-mode Game Boy Colour cartridges (in Game Boy-mode). The unit could map the four shades of green to various colours on the screen. Later Game Boy games that were optimized to use the Super Game Boy had additional colour information and could override the on-screen colours, display a graphical border around the screen, and display special background sprites, as seen in the Mario’s Picross title screen.

The system menu is accessed by pressing the L and R buttons at the same time; the menu has five options to choose from:

Some games disable the use of changing colours, so the unavailable options are blacked out. 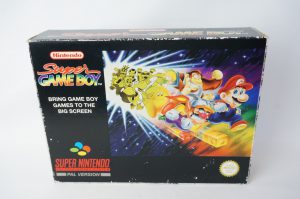 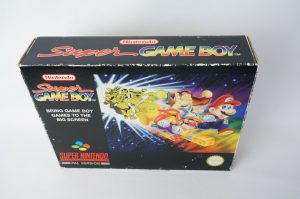 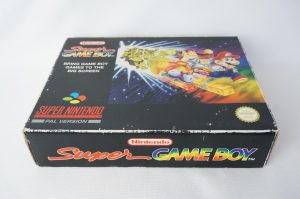 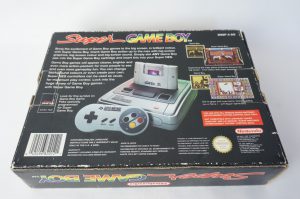 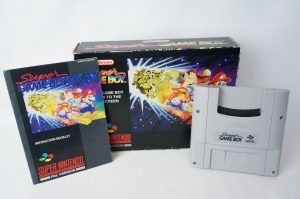 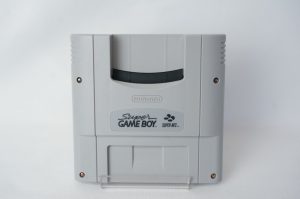 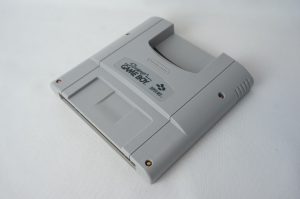 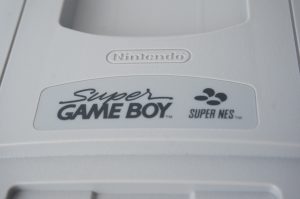 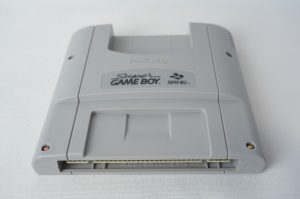 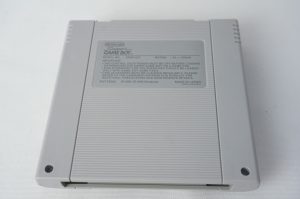 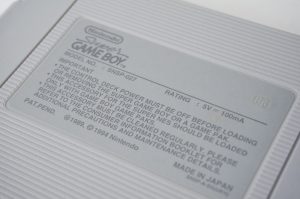