Super Mario Bros. is a Game & Watch version of the original NES game. It appeared as part of the New Wide Screen and Crystal Screen series.

This version of Super Mario Bros. plot is the same as the console Super Mario Bros., but the game is shorter and simpler.
Mario must go through eight auto-scrolling levels, a first for the Mario series without falling and losing a life. When the levels are cleared, Mario must repeat them in the next loop. The second loops and onward have enemies. Further, Lakitus toss a hammer instead of tossing Spinies, and Bullet Bills will appear randomly. There is a total of nine loops of increasing difficulty. There are two types of levels: scroll screen levels and timer screen levels. On the scroll screen levels, Mario must travel a given distance displayed on the screen. On the timer screen levels, Mario has to go through the world within a given time. Mario can also obtain 1-Up Mushrooms and Super Stars by hitting platforms, just like in the NES version, at certain places during specific events within the game.
Holding Jump and pressing the Game button will start Mario on L3-1, with 90 distance and enemies enabled.

The Game & Watch has a 1-bit palette (only black and white). Due to the low-powered CPU, the game does not feature Luigi or multiplayer mode. This is one of the few Game & Watch games that do not have a Game B. 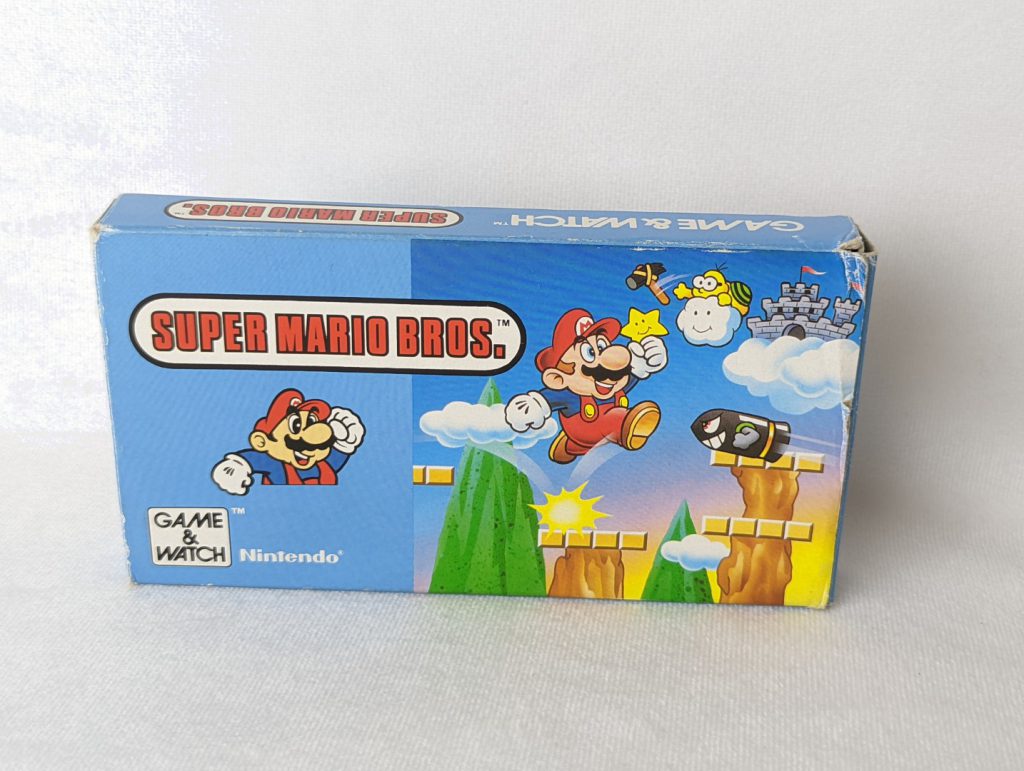 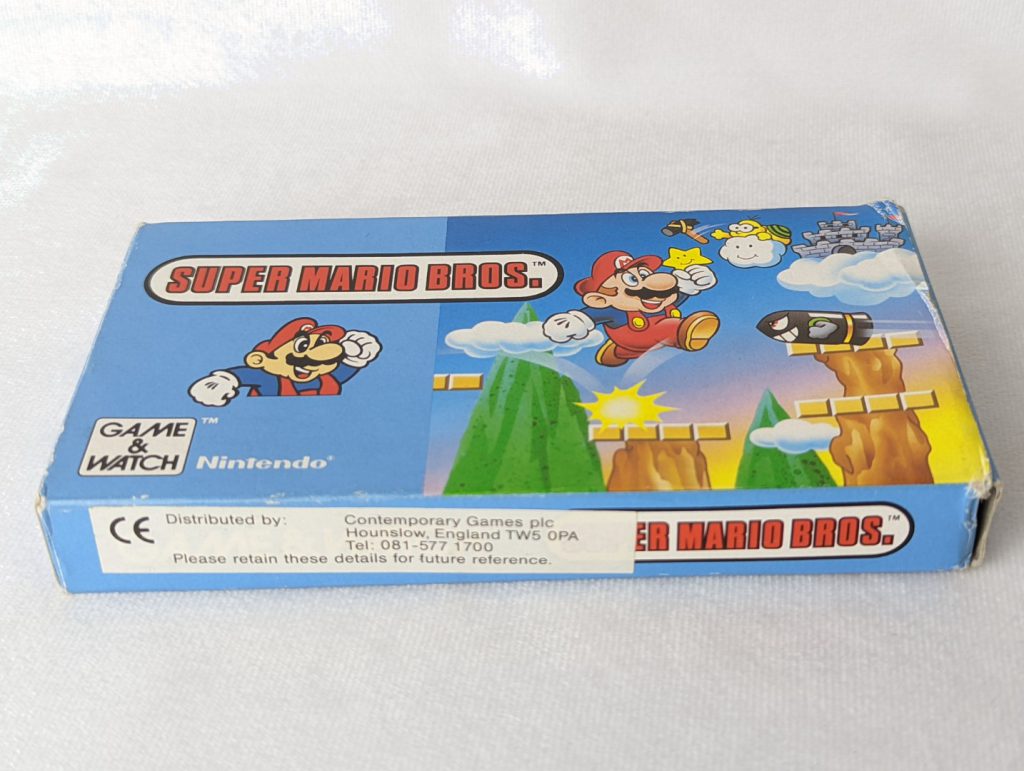 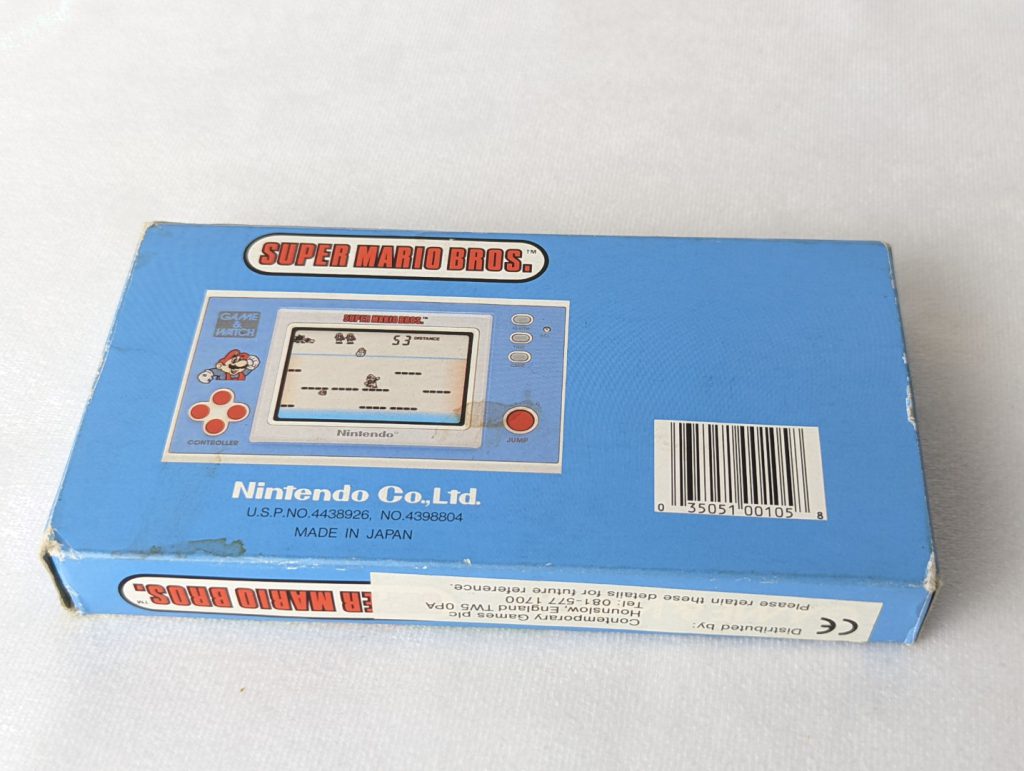 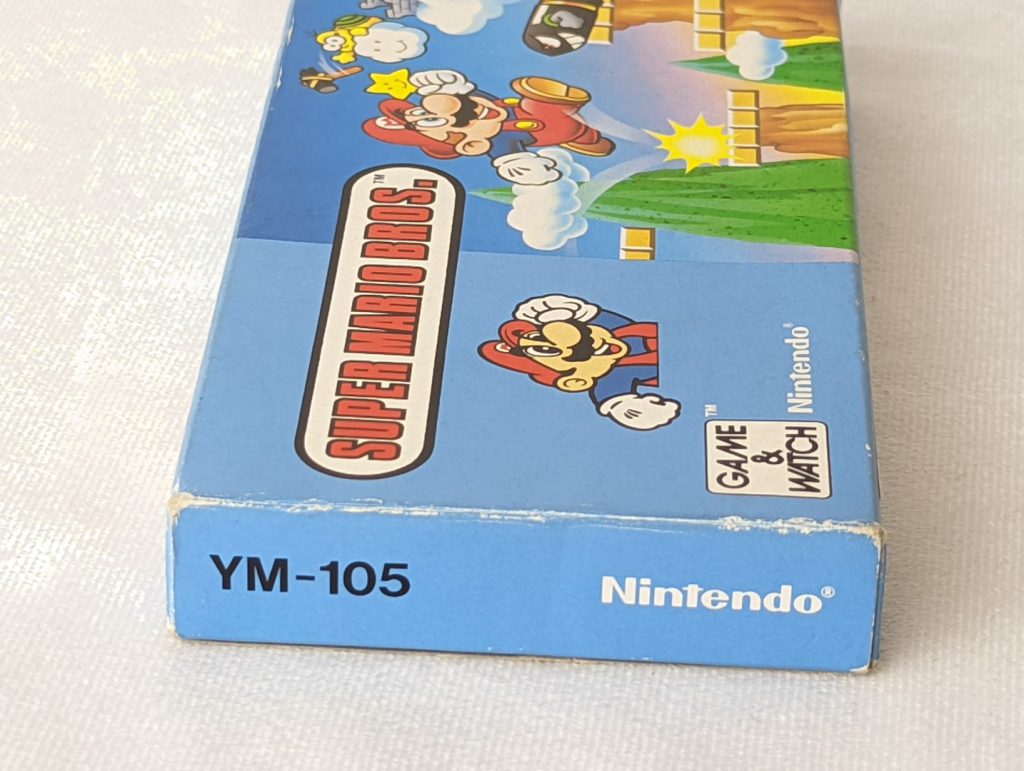 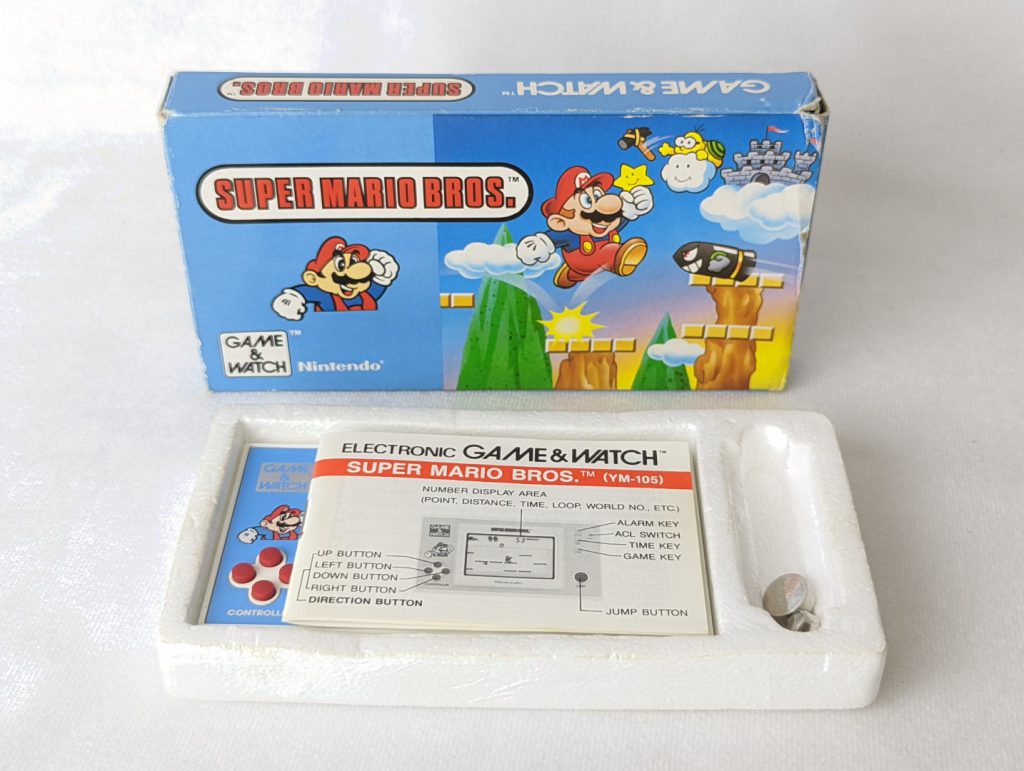 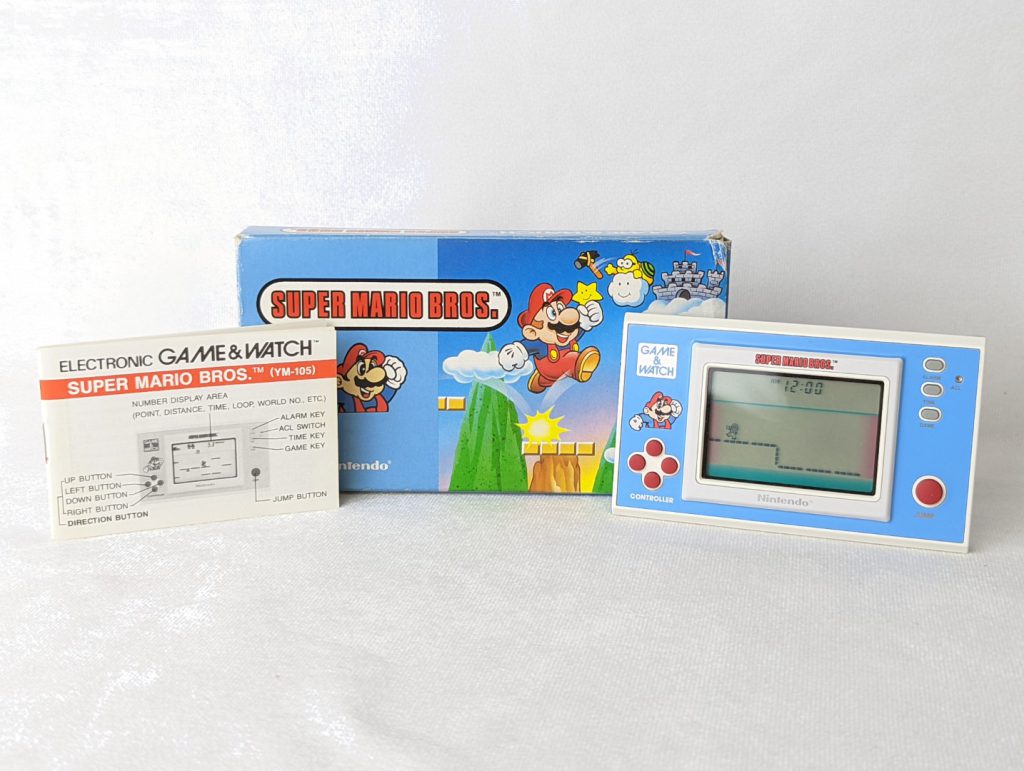 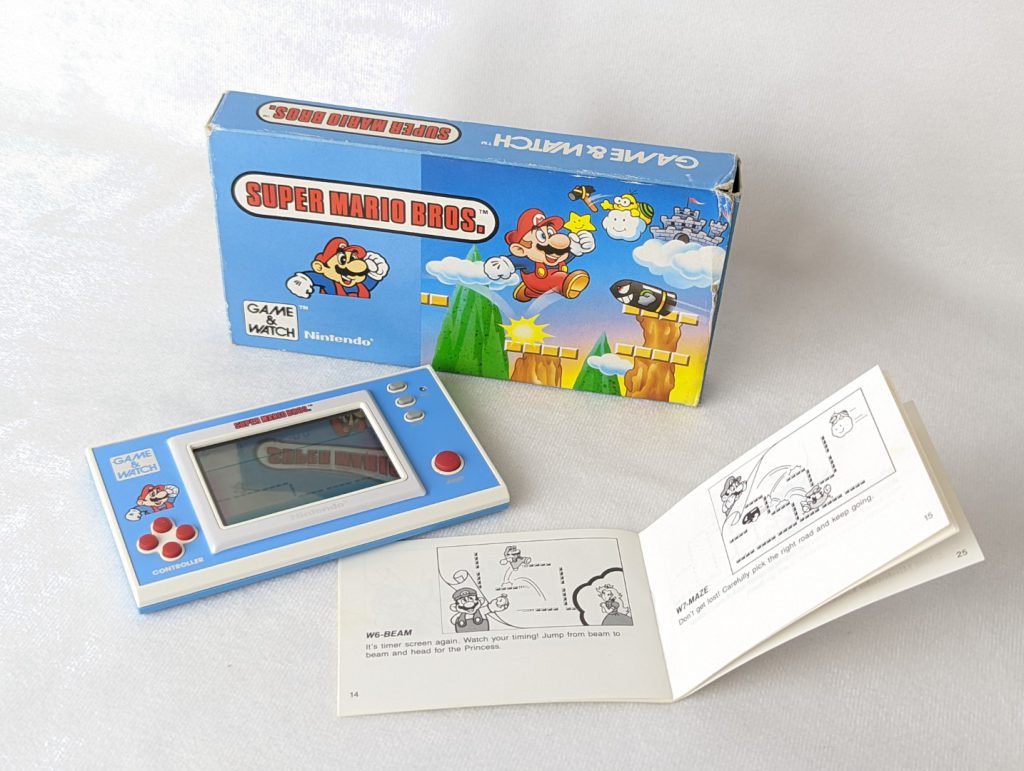 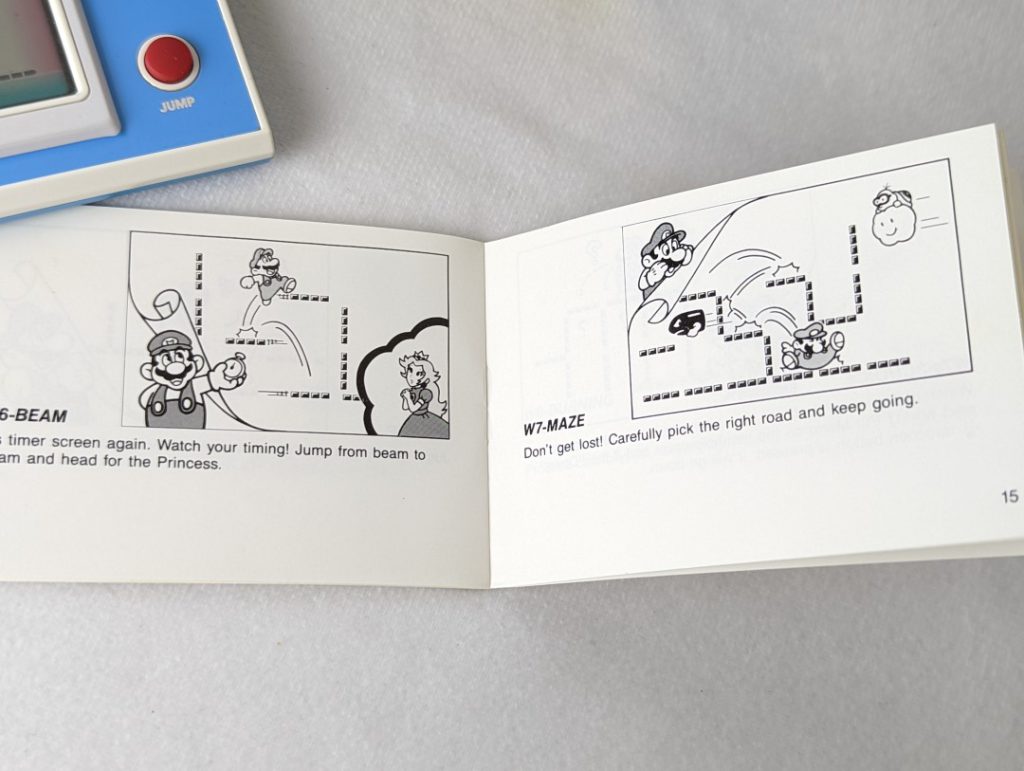 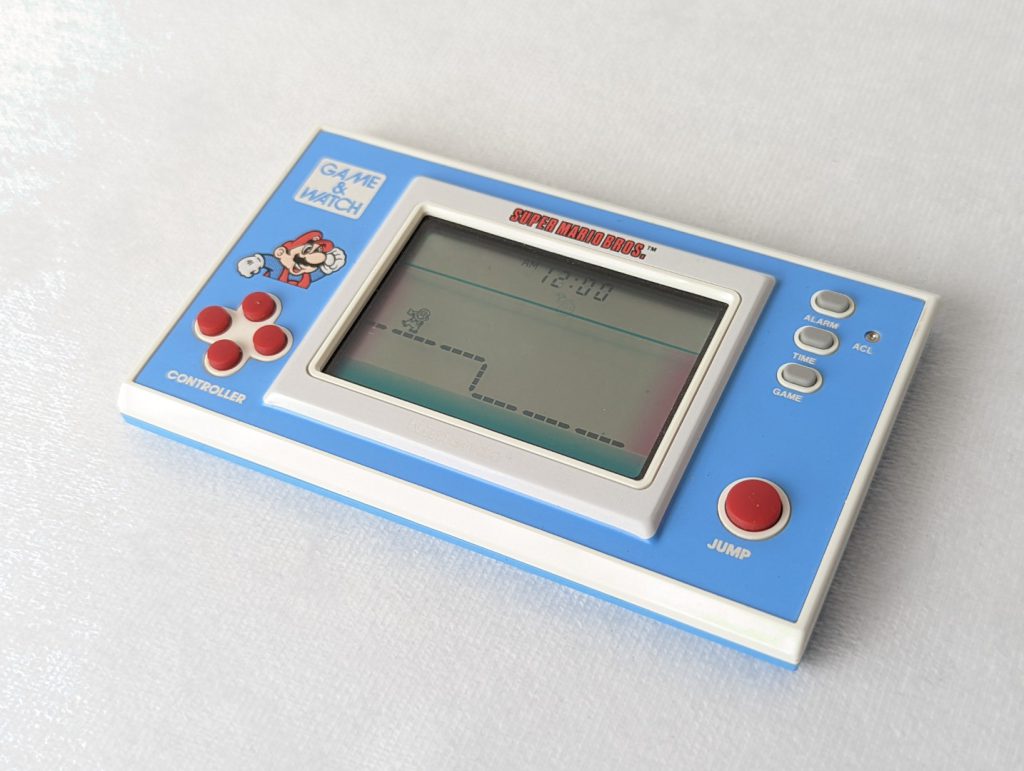 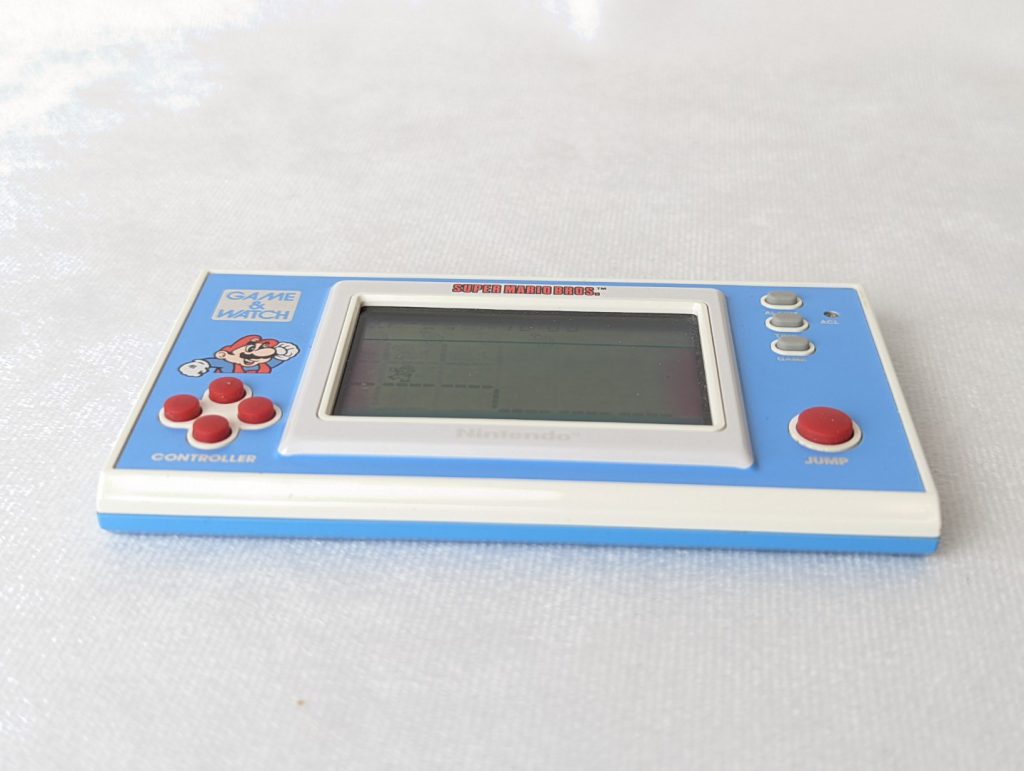 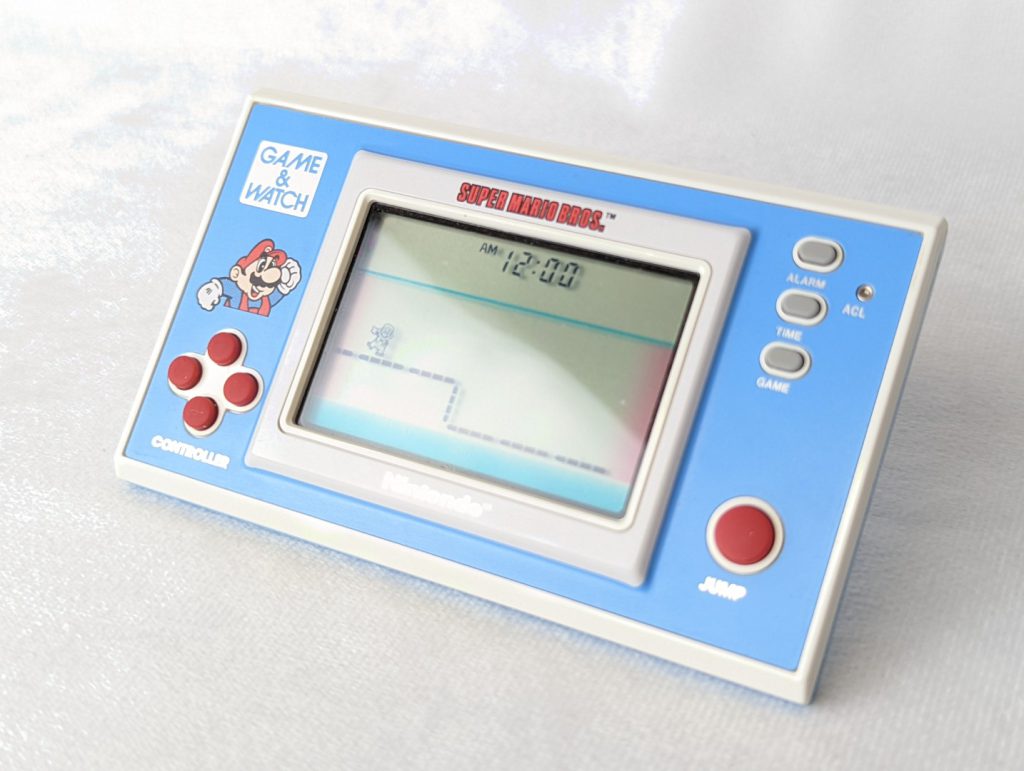 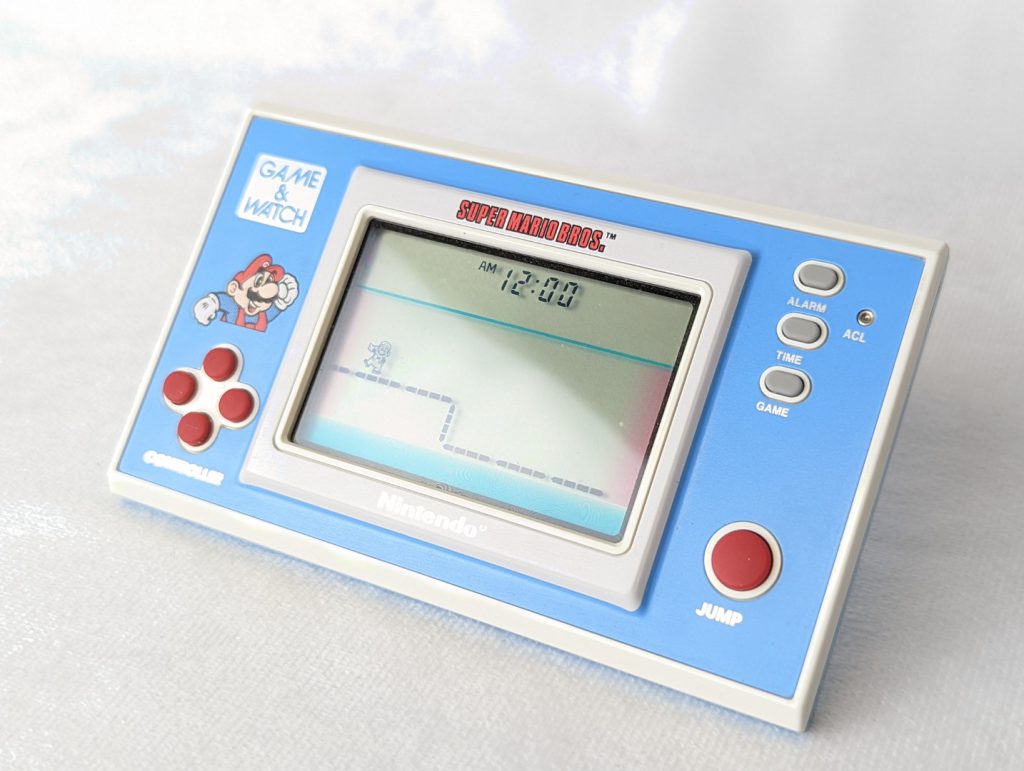 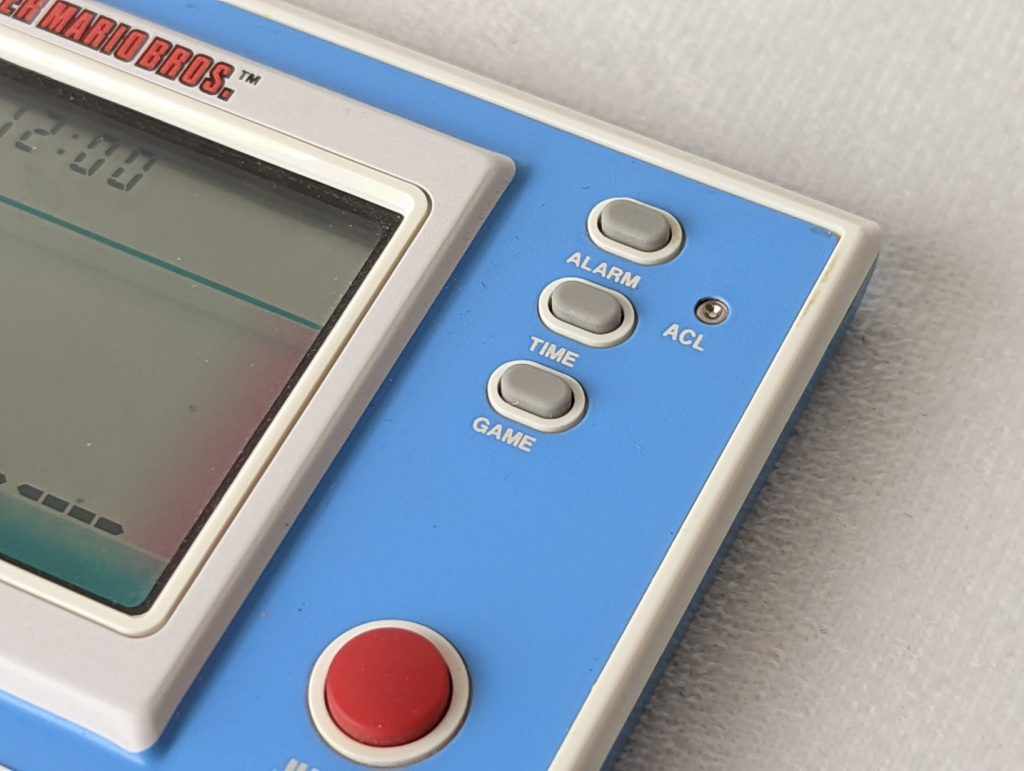 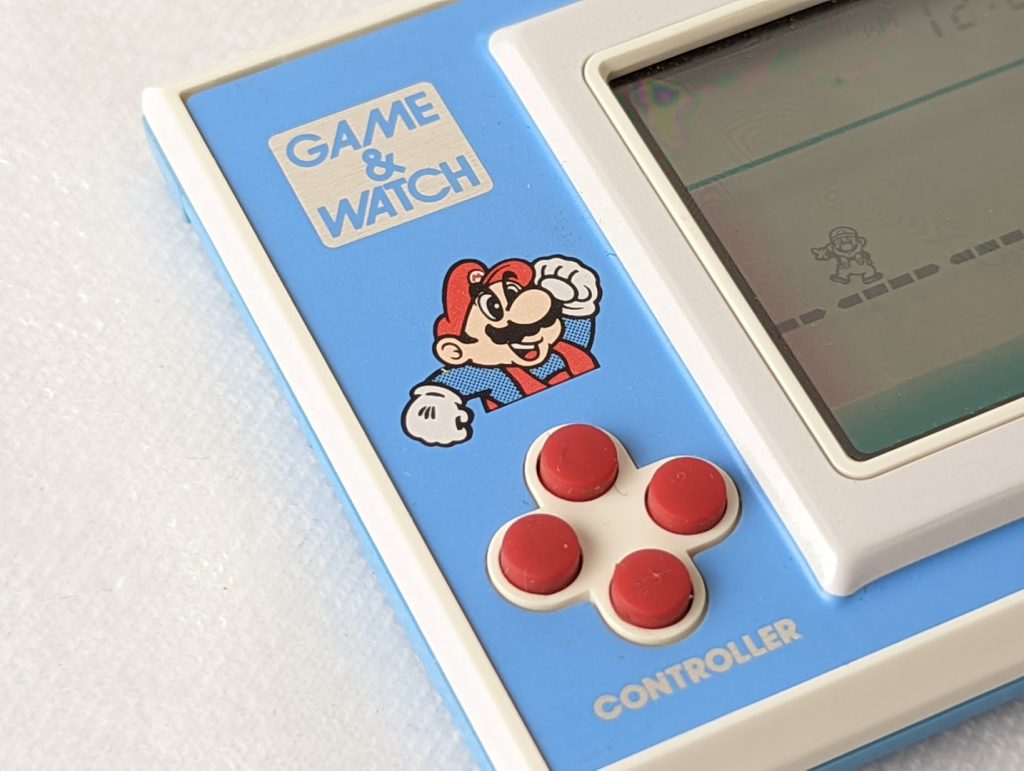 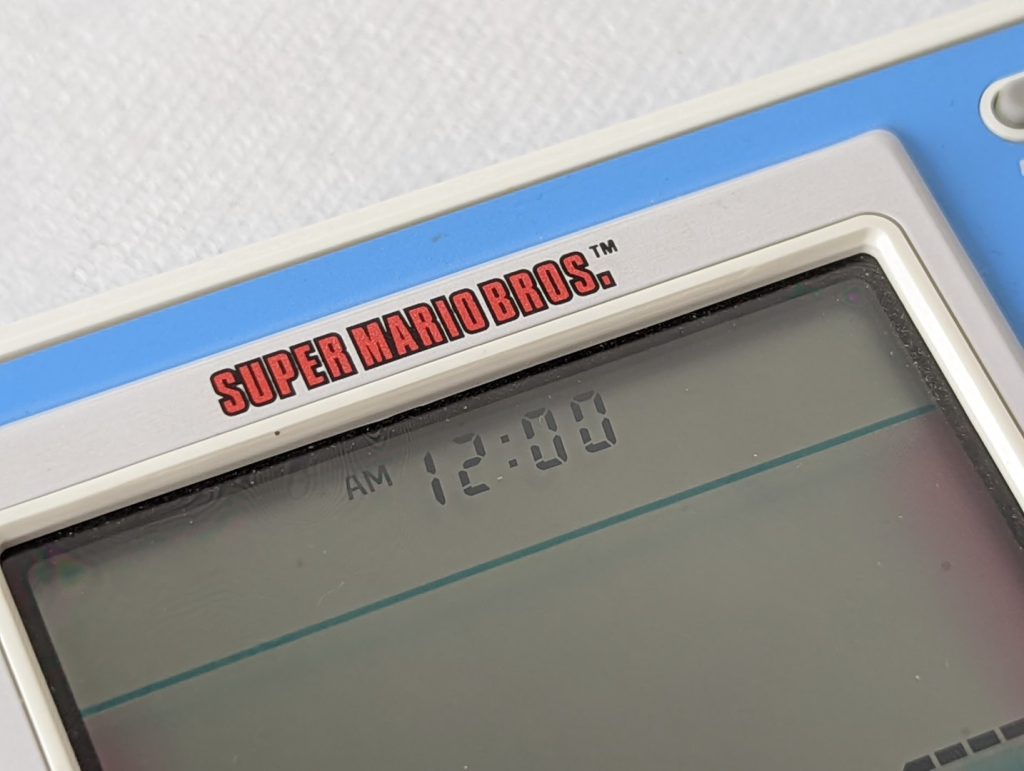 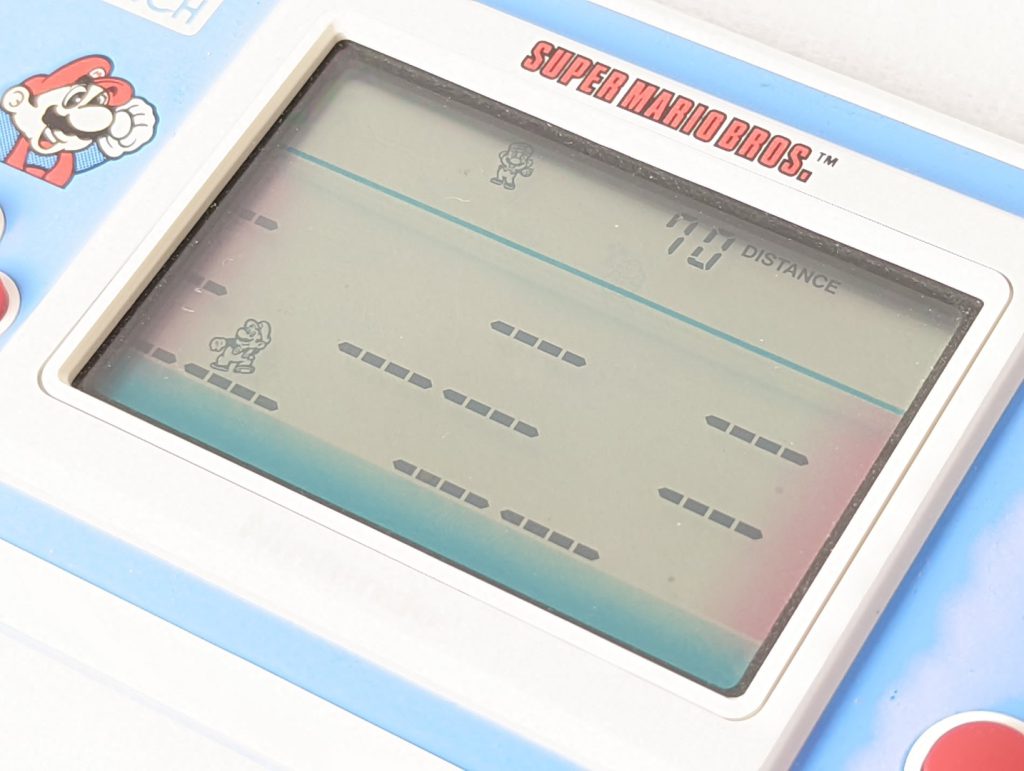 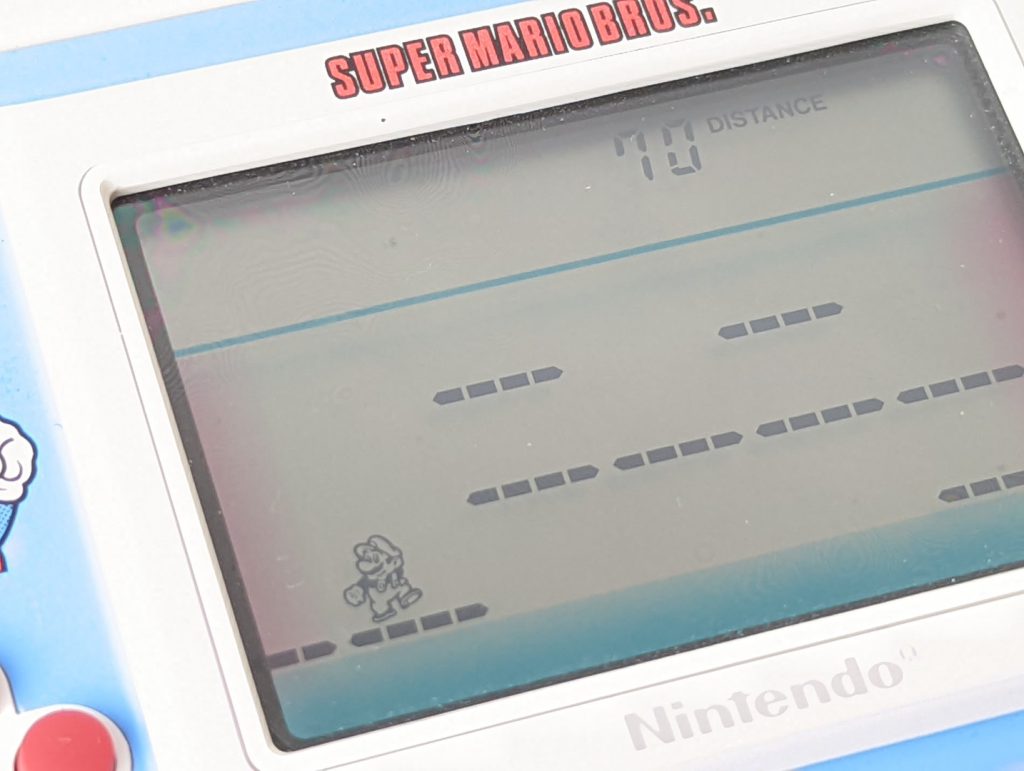 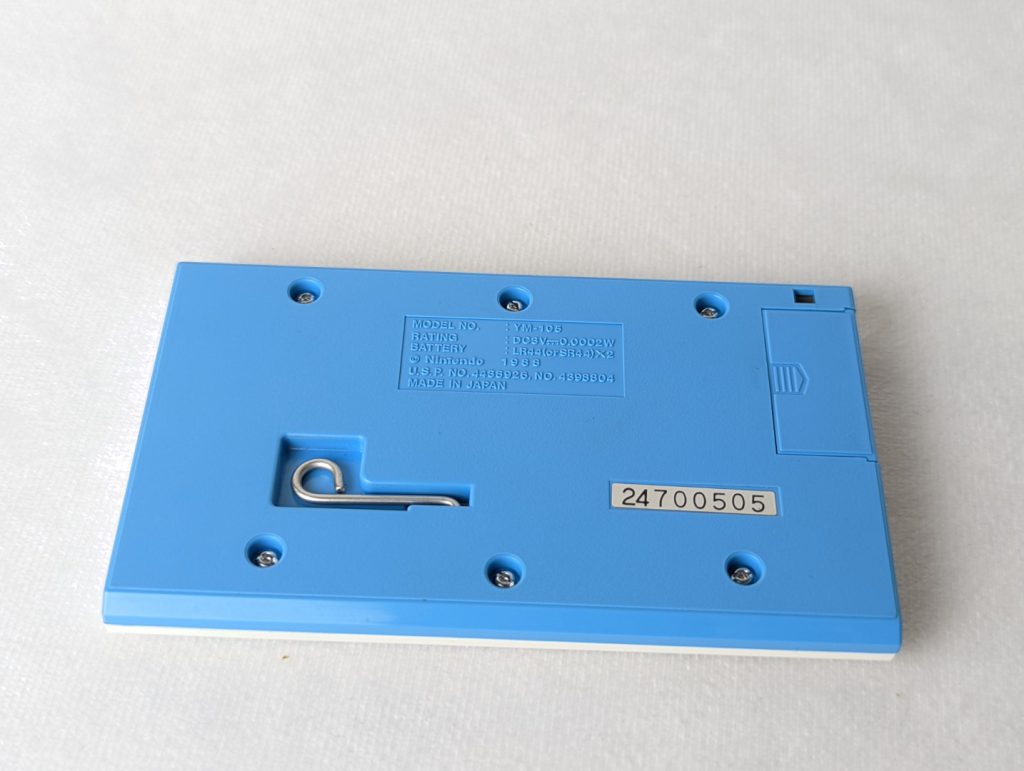 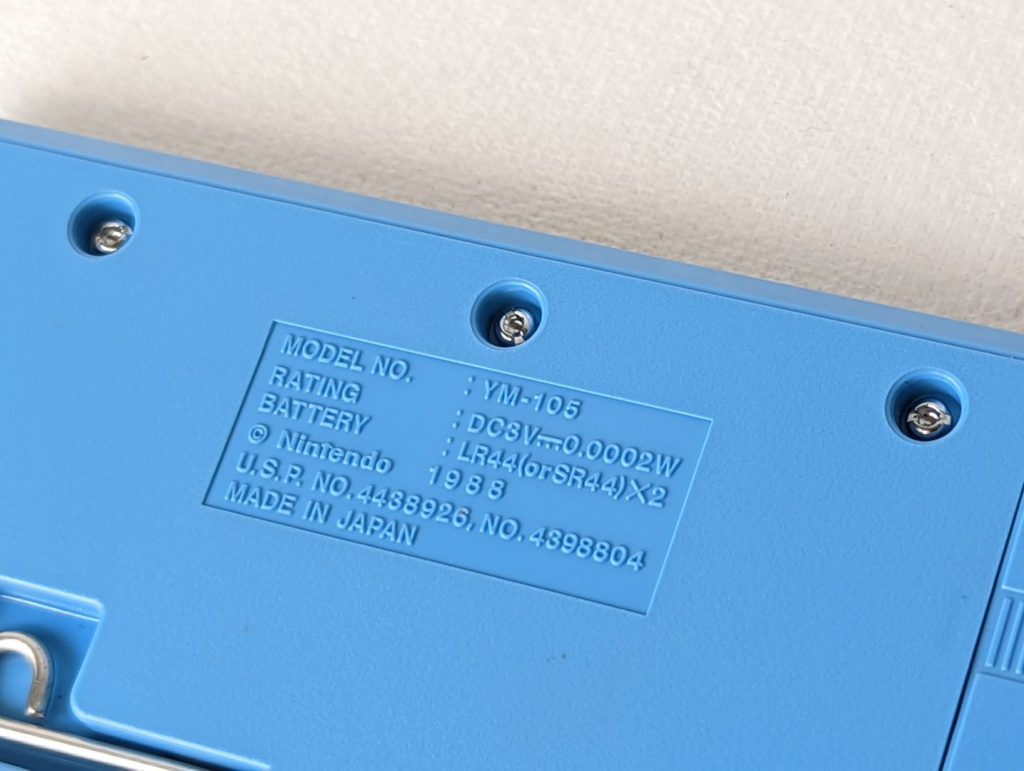