The PlayStation 5 (PS5) was released in 2020. The PS5, along with Microsoft’s Xbox Series X and Series S consoles, released the same month, are part of the ninth generation of video game consoles.

The platform was launched in two variants: a base model with an Ultra HD Blu-ray–disc drive, and a Digital Edition lacking this drive, serving as a lower-cost model for those who prefer to buy games through digital download.
The PlayStation 5’s main hardware features include a solid-state drive to enable significant improvements in storage performance, an AMD GPU capable of 4K resolution display at up to 120 frames per second, hardware-accelerated ray tracing for realistic lighting and reflections and the Tempest Engine allowing for hardware-accelerated 3D audio effects. Other features include the DualSense controller with haptic feedback and backward compatibility with most PlayStation 4 and PlayStation VR games.

The PS5 is designed to be backward compatible with more than “99 percent” of PS4’s 4,000+ game library, playable from launch day. The console is compatible with PlayStation VR. Because of PS5’s high-speed SSD and increased processing power, many PS4 games gain from improved loading times or gameplay speeds. The PlayStation 4’s Share menu cannot be displayed but the PS5’s Create menu can be used to capture screenshots or video.
All compatible downloaded versions of PS4 games are visible in the library on the PS5 and available for download. The games can also be copied via USB hard drive or Wi-Fi. Save data can be copied in the same way or via the cloud storage.

The launch unit is a two-tone design matching the design of the DualSense controller, with a black internal block flanked by two white wings along its sides, each lit by blue LEDs. The unit can operate vertically or horizontally. Two long air intake vents run along the front, and heat exhaust vents dominate the rear. The wings are removable to access certain internal components such as the SSD storage expansion slot, the power supply, and the optional Blu-ray disc drive. Beneath the side panels are two “dust catchers” – holes allowing the user to vacuum out dust collected by the cooling system. The front includes a USB-C port with USB 3.1 Gen 2 and a USB-A port with USB 2.0. The back has two USB-A ports with USB 3.1 Gen 2, an HDMI 2.1 port, Gigabit Ethernet, and power.
The console has been recognized for its large size in comparison to previous gaming consoles, and its size has been attributed to ensuring effective cooling management and minimizing noise during operation.

The DualSense wireless controller for the PlayStation 5 is based on the prior DualShock controller but with several modifications. The DualSense controller has adaptive triggers with haptic feedback that can change the resistance to the player as necessar. The DualSense maintains the same buttons as the DualShock 4, though the “Share” button was renamed to “Create” with additional means for players to create and share content. A new built-in microphone array was added so players can speak to others using only the controller, and the included controller speaker has been improved. It has two-tone colouring, primarily white with black facing, with the black piece being easily detachable. The light bar has been moved to the sides of the touchpad. It has USB-C connectivity, a higher-rated battery, and an audio jack. As an Easter egg, the texture of the controller unit is covered in miniature versions of the four PlayStation button symbols (cross, circle, square, and triangle).

The PlayStation 5, as with the Xbox Series X/S, was in limited supply immediately upon launch, and through March 2021 due to the global semi-conductor shortage. Scalpers took advantage of the shortage, attempting to sell the console for thousands. 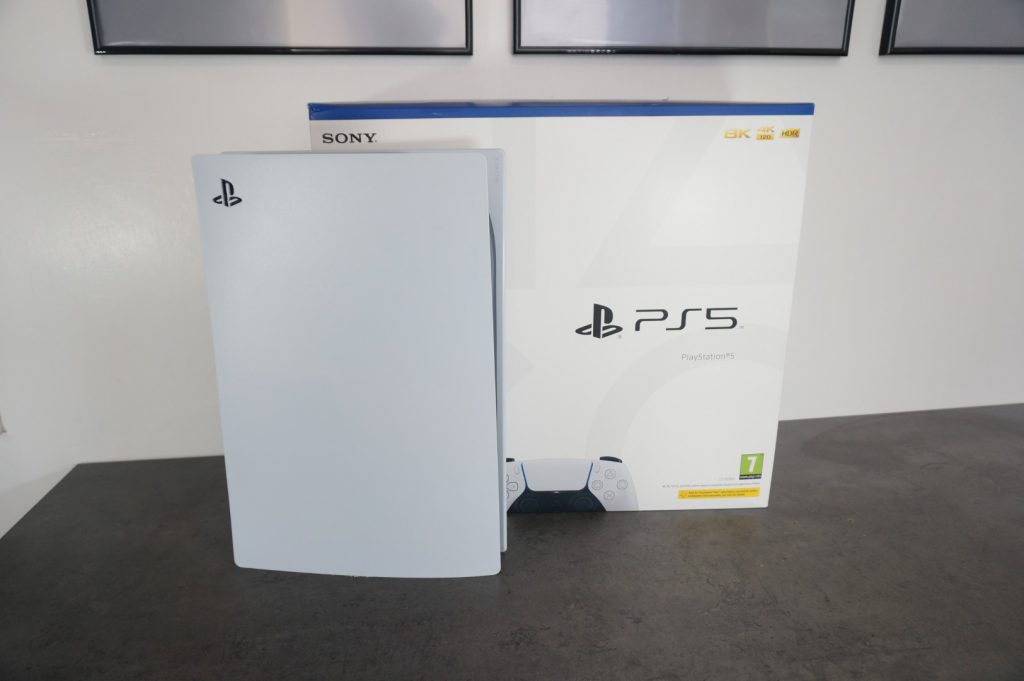 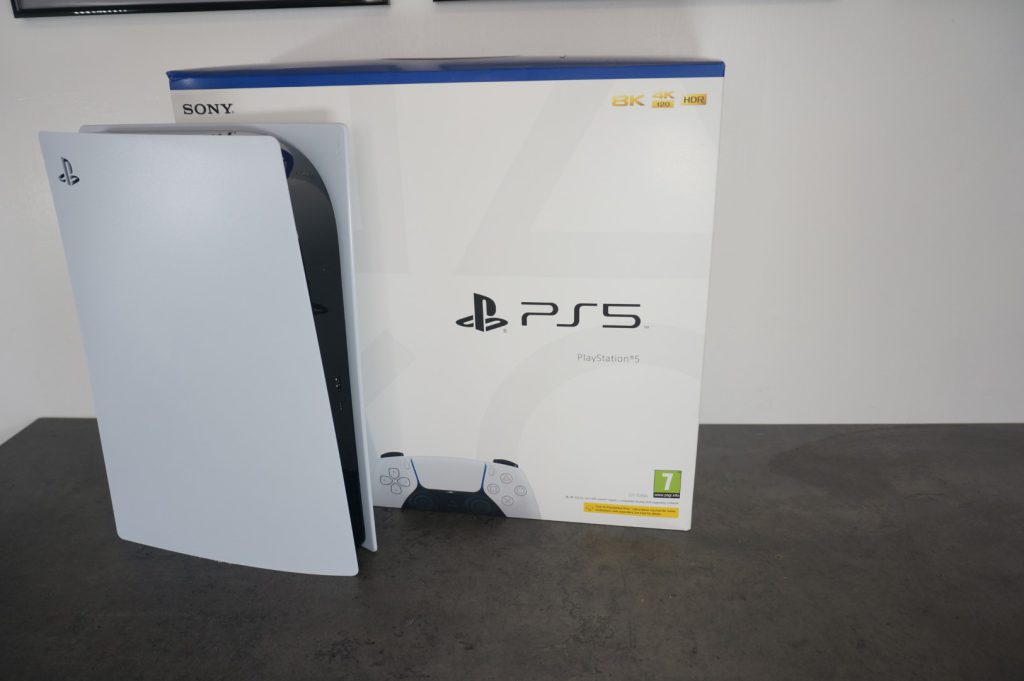 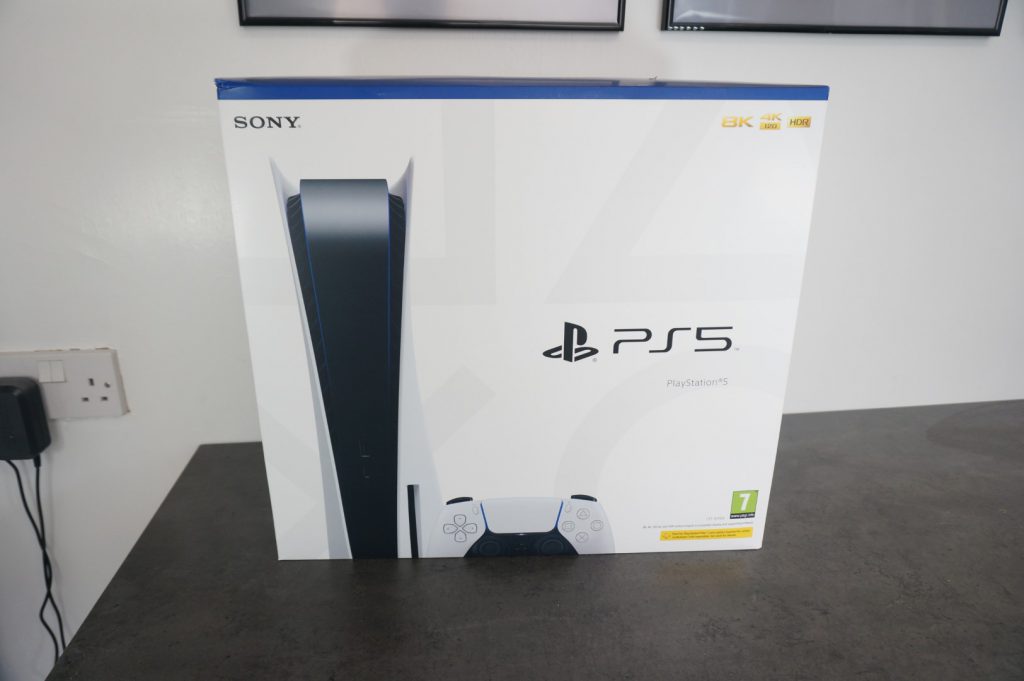 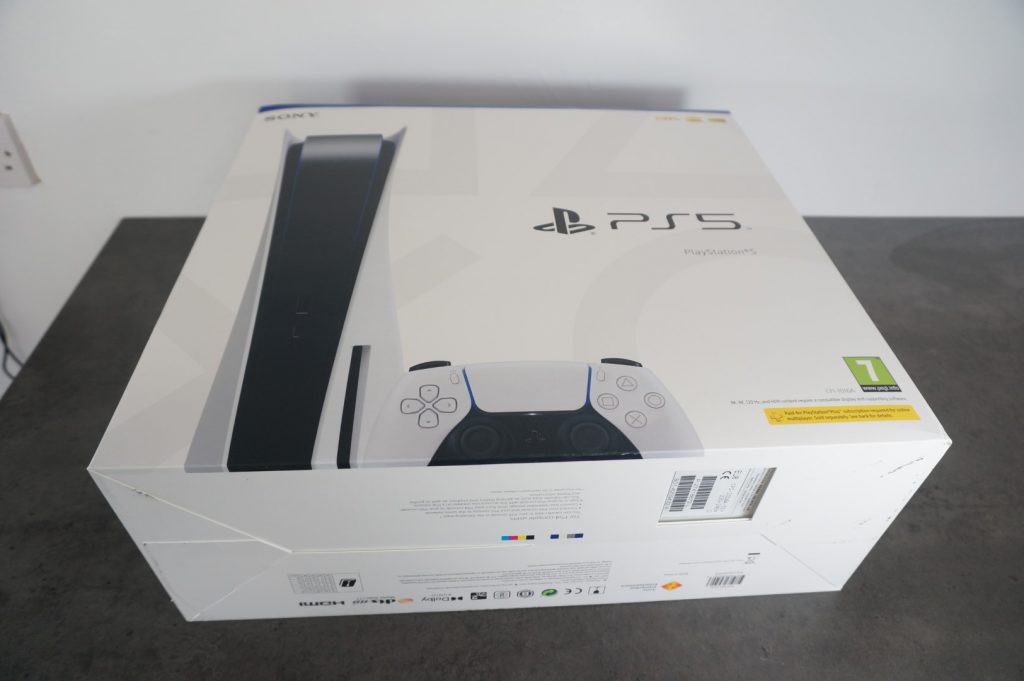 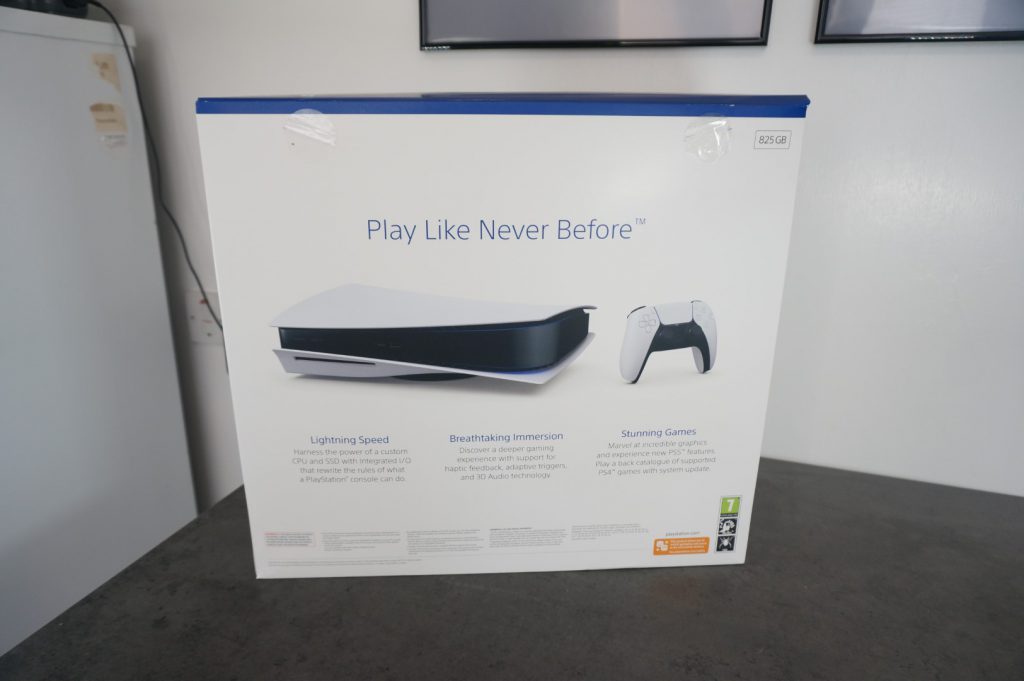 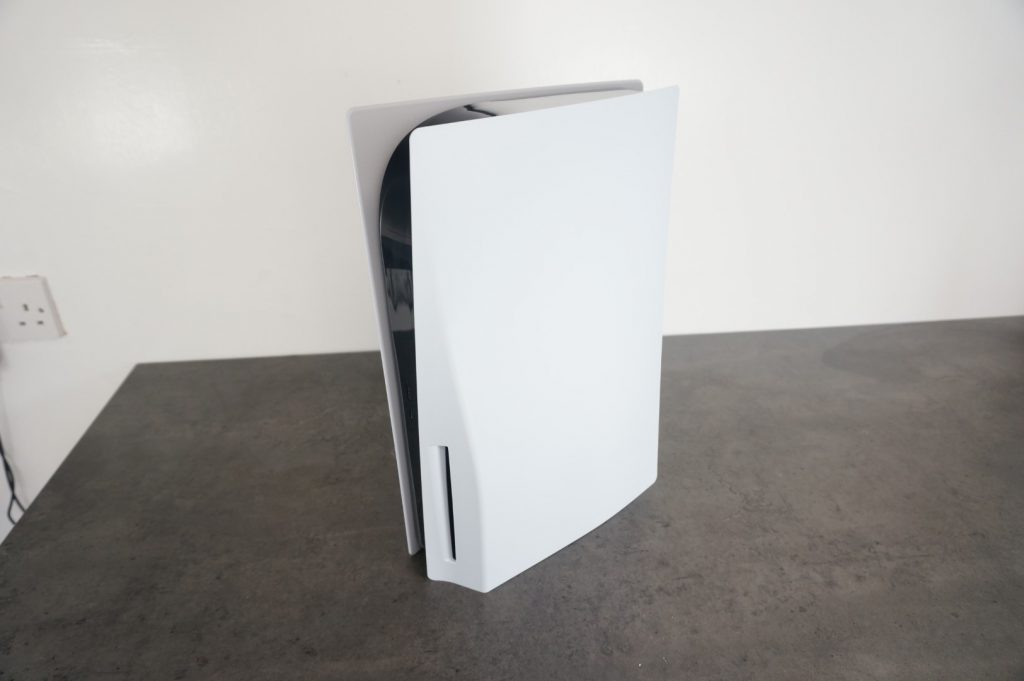 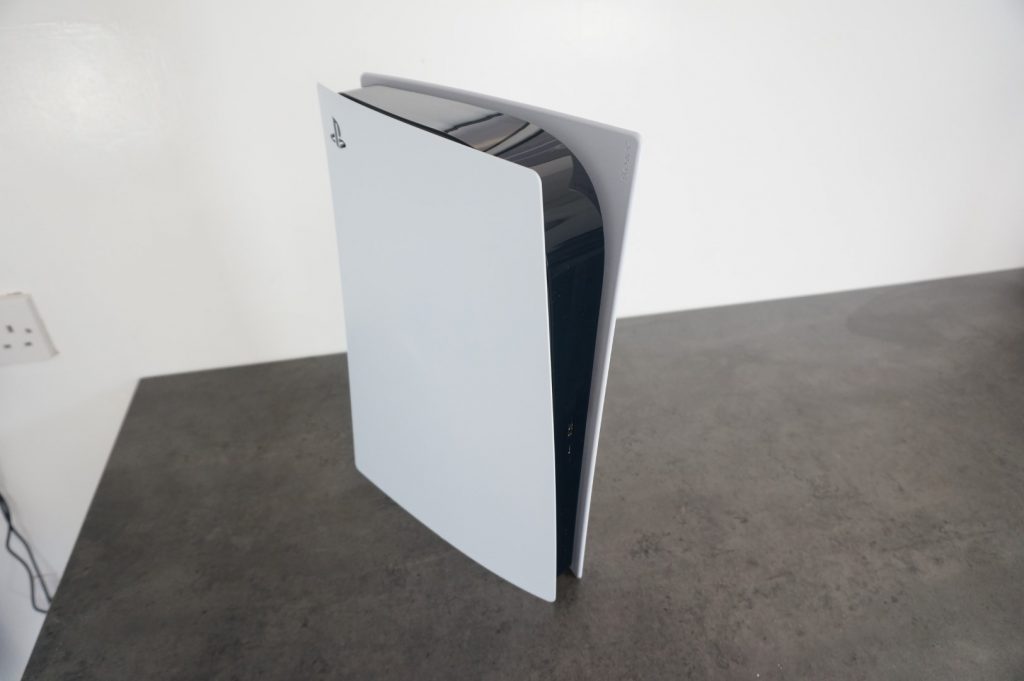 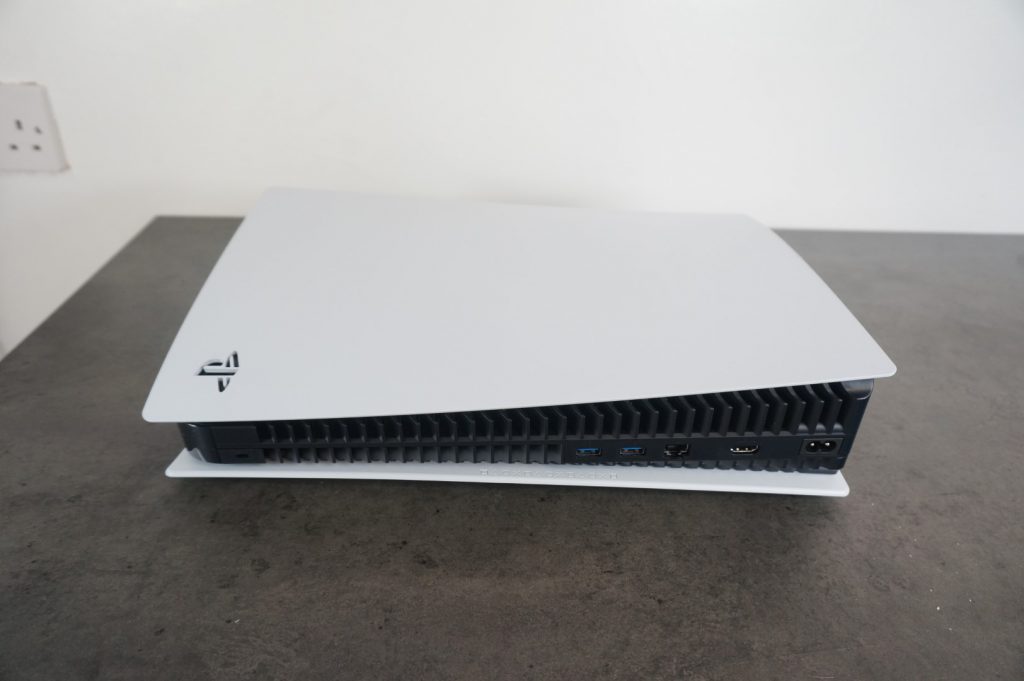 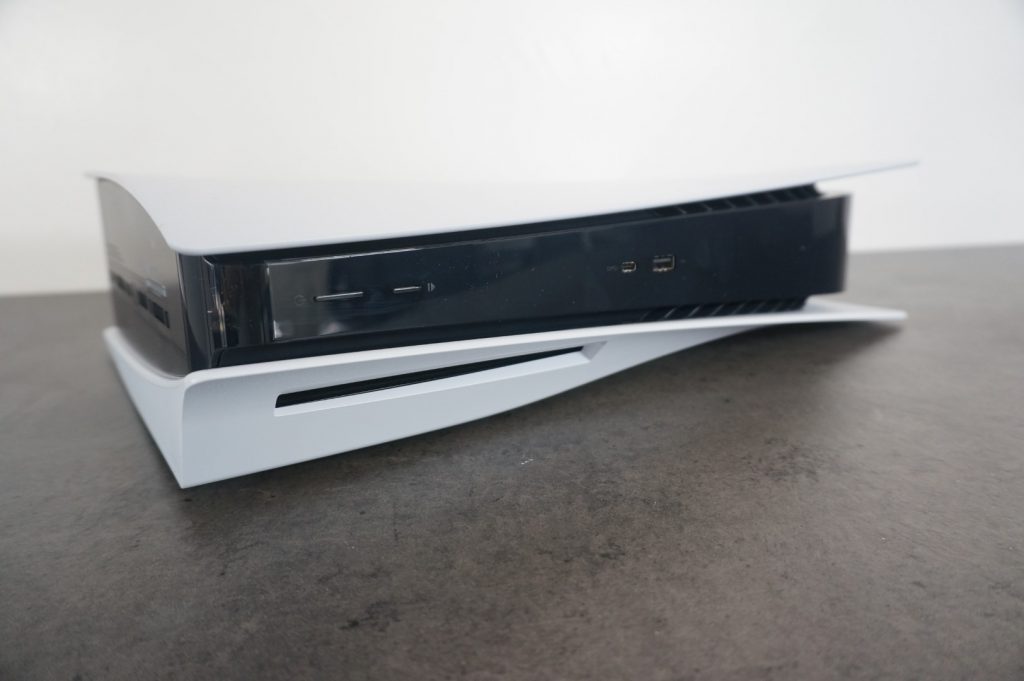 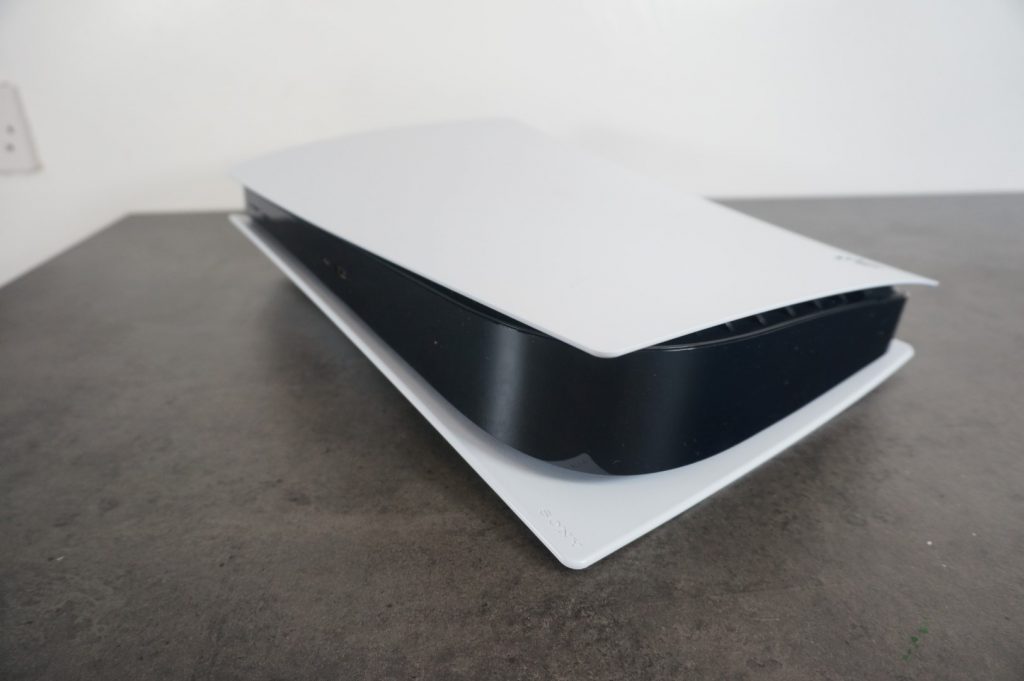 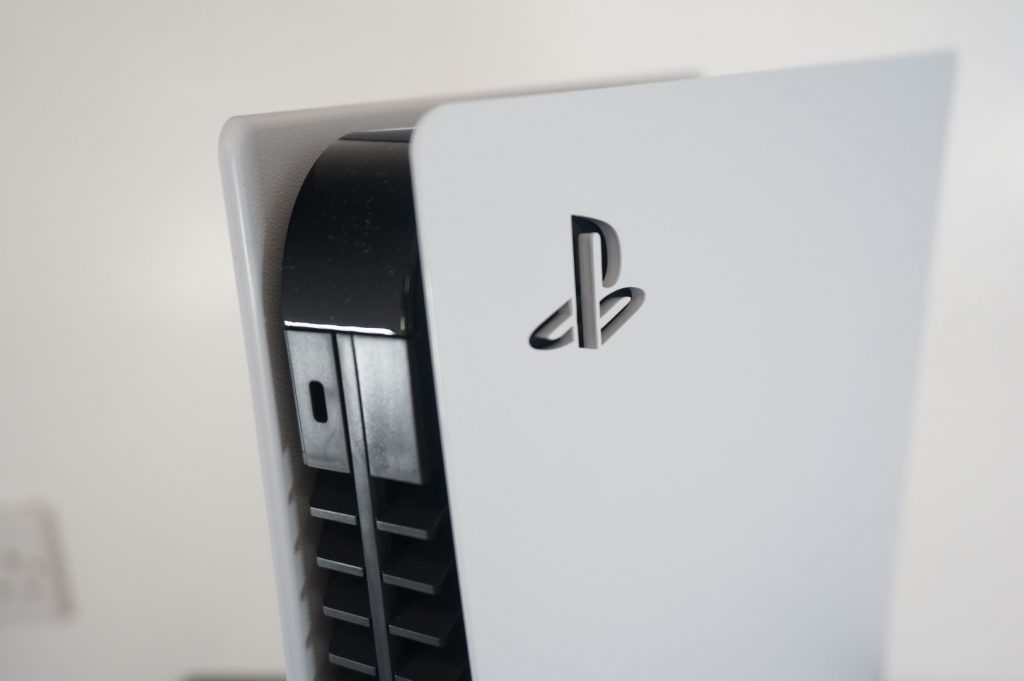 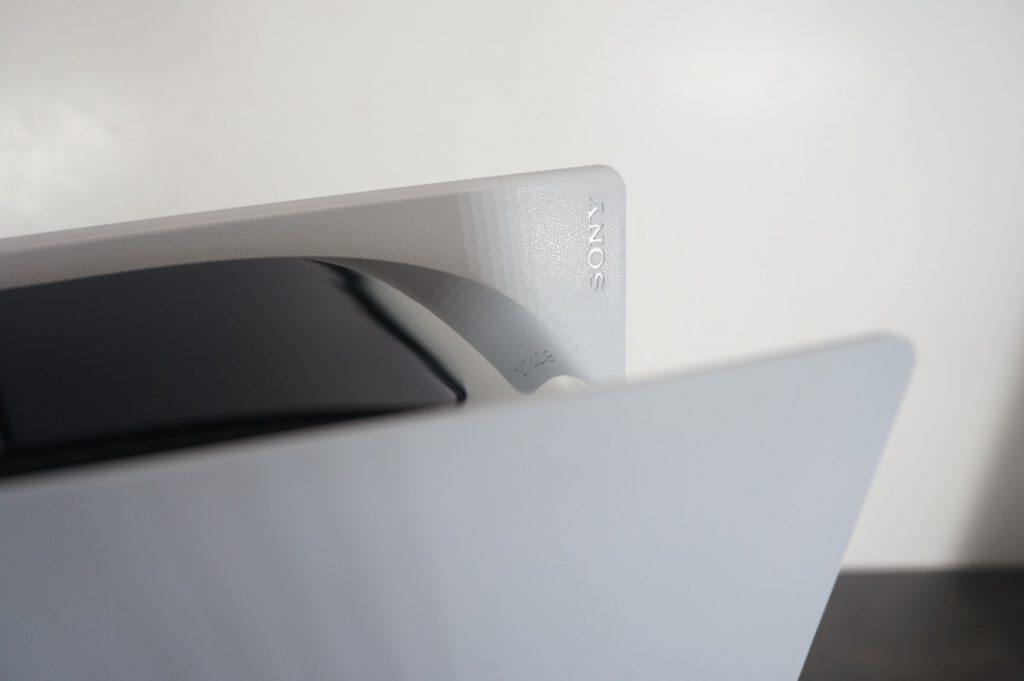 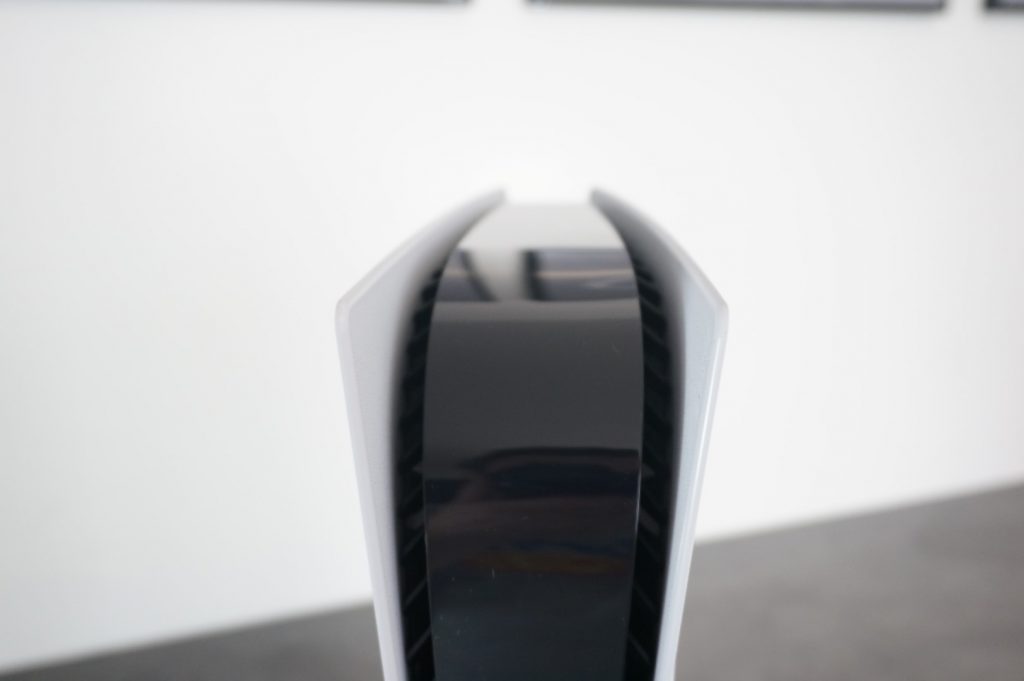 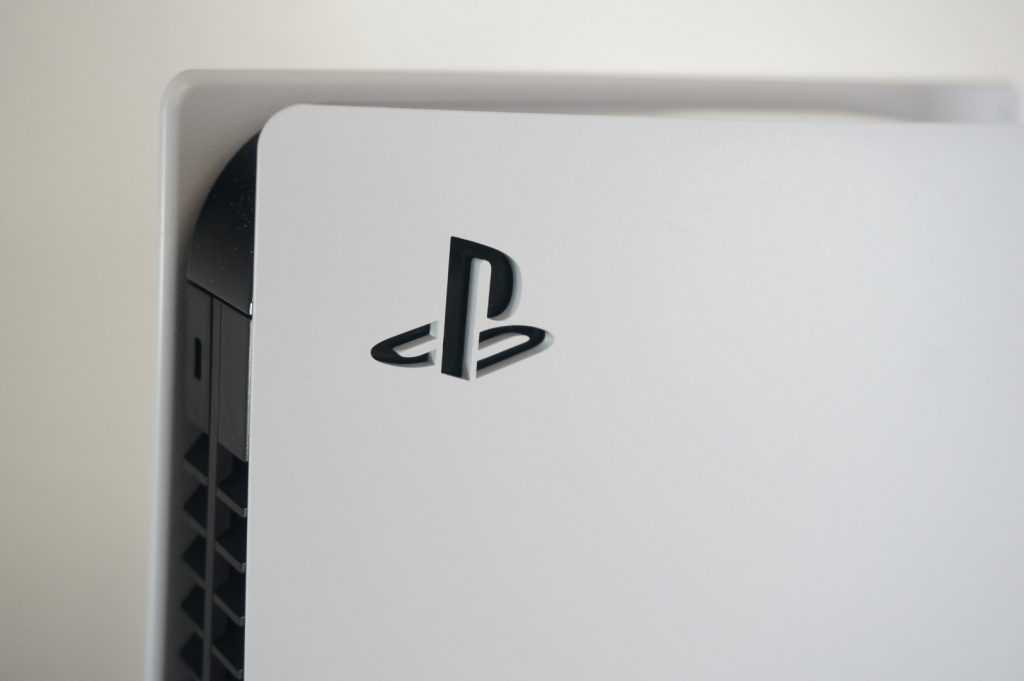 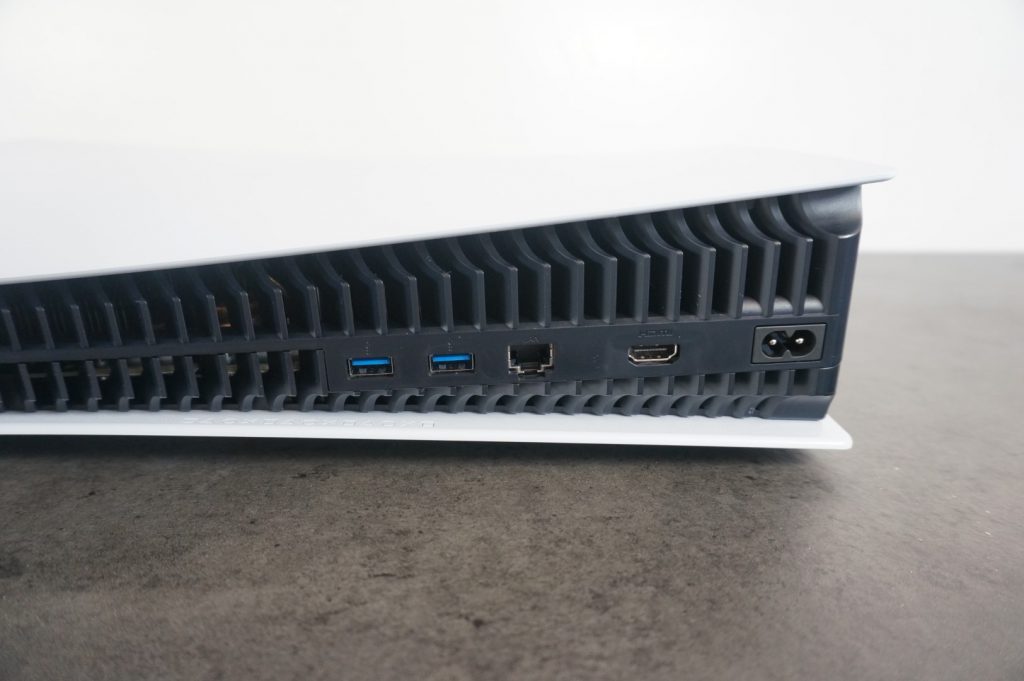 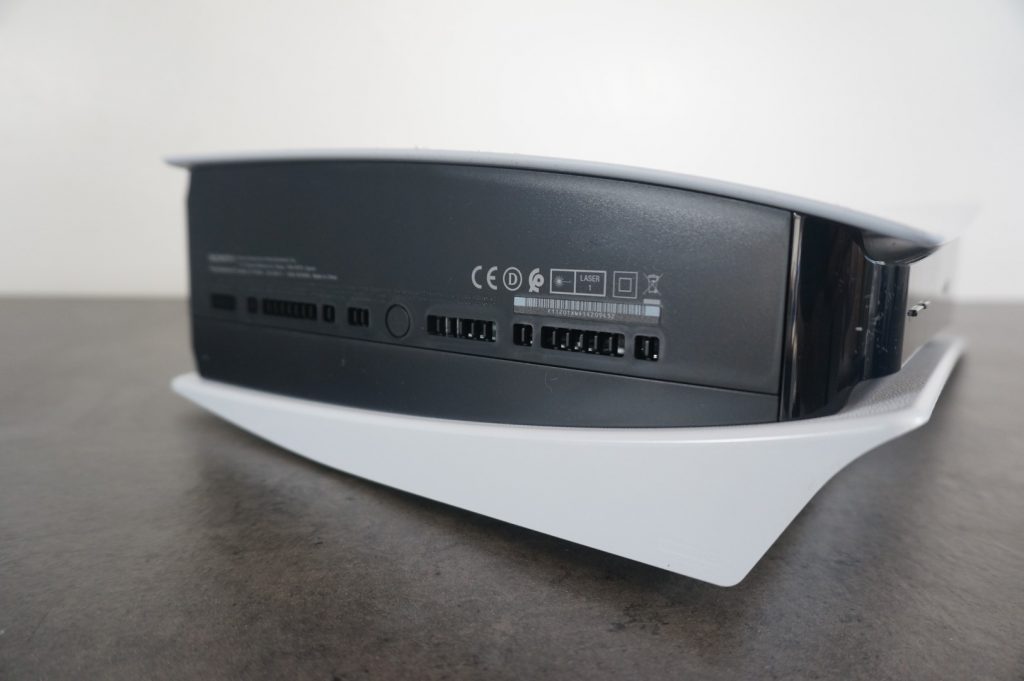