The Sega Saturn was released in 1994 as part of the 5th generation of games consoles competing with the Sony Playstation and the Nintendo 64.

Although a commercial failure, the Saturn initially sold well upon its release in Japan. The Saturn was released in the U.S. four months before its scheduled release date and when the Nintendo 64 was released in 1996 the sales of the Saturn plummeted. The failure to release a game in the Sonic the Hedgehog series has been considered a factor in the console’s poor performance (although one was in development but was ultimately not released).

The Saturn had technically impressive hardware at the time of its release, but its complexity made developing for the console quite difficult.
A major criticism was the Saturn’s use of 2D sprites to generate polygons and simulate 3D space. The PlayStation functioned similarly, but also featured a dedicated “Geometry Transfer Engine” that rendered additional polygons. The on-board memory storage was very limited, prompting Sega to release a memory cartridge to add more space.

The Saturns original controller is essentially an evolution of the Mega Drives 6-button controller. Featuring an 8-way quite peculiar concave D-Pad, 6 action buttons, small XYZ buttons across the top and larger ABC buttons below. A start button is located in the middle. This was SEGA’s first controller to feature the now standard shoulder buttons. 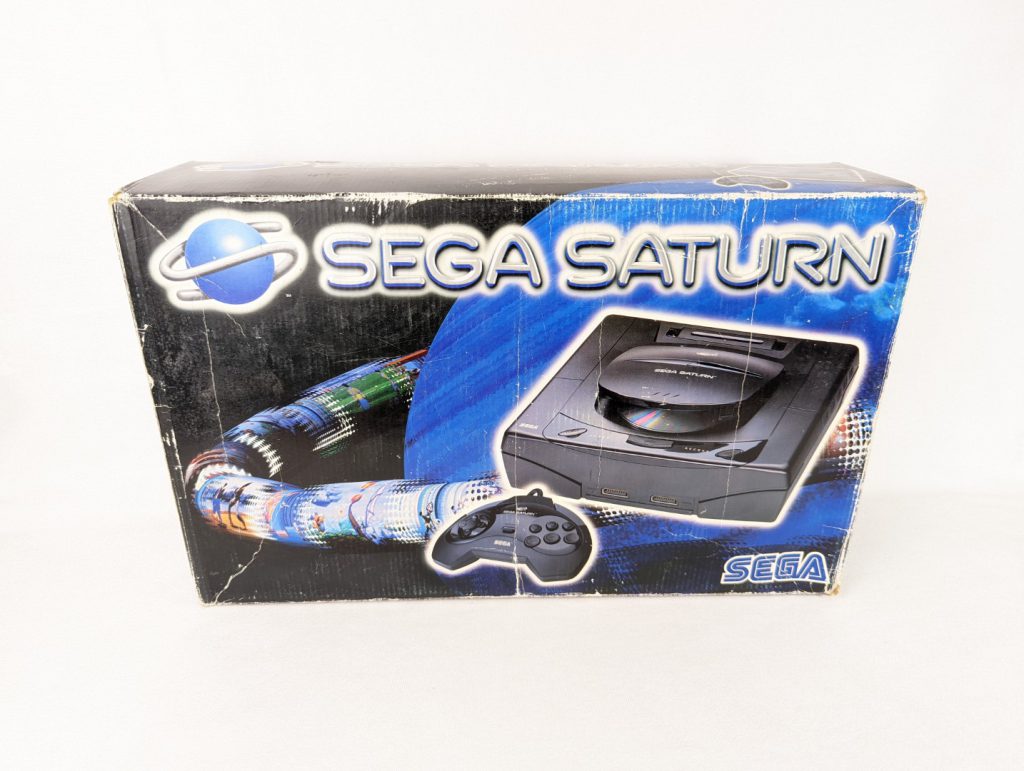 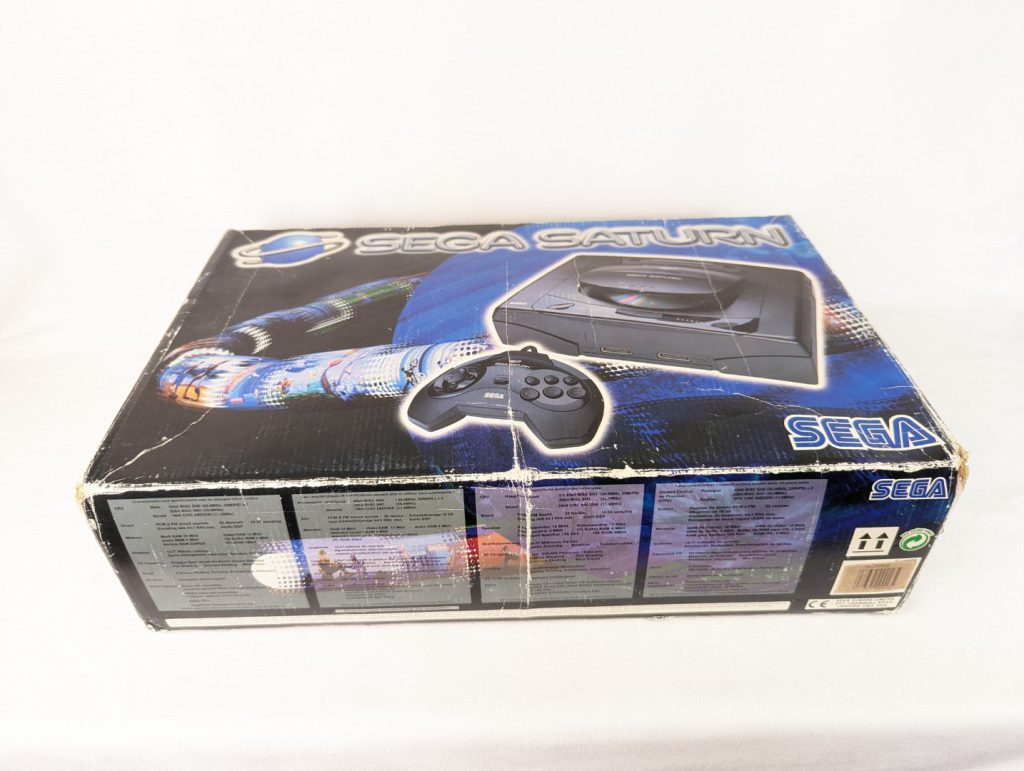 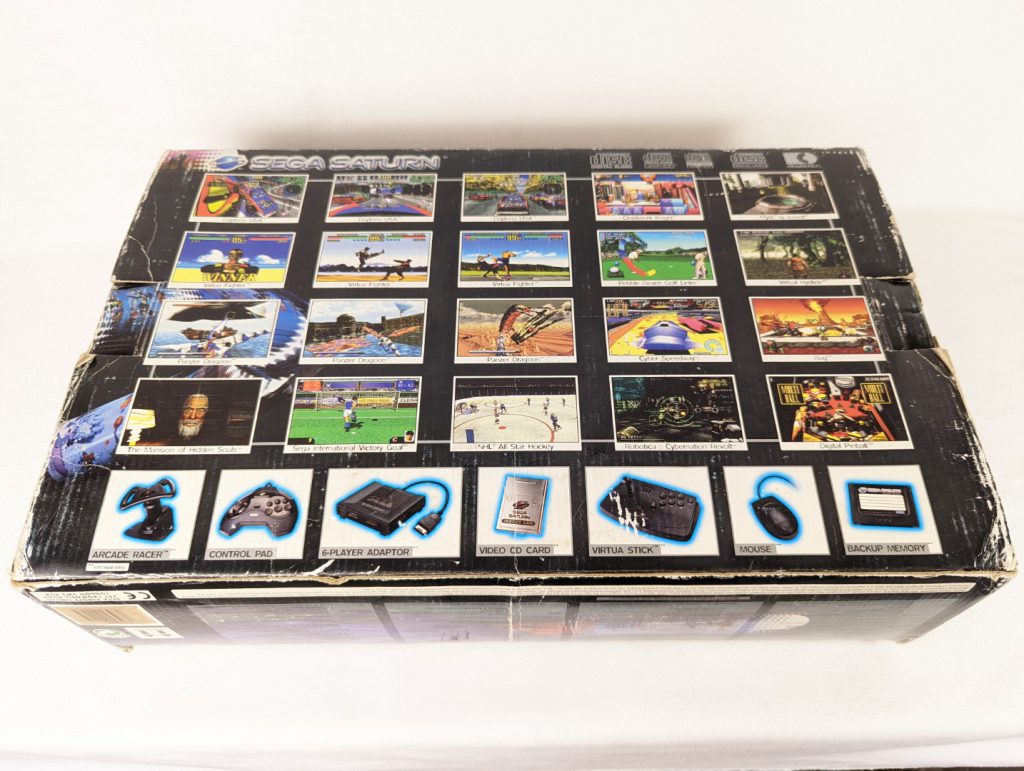 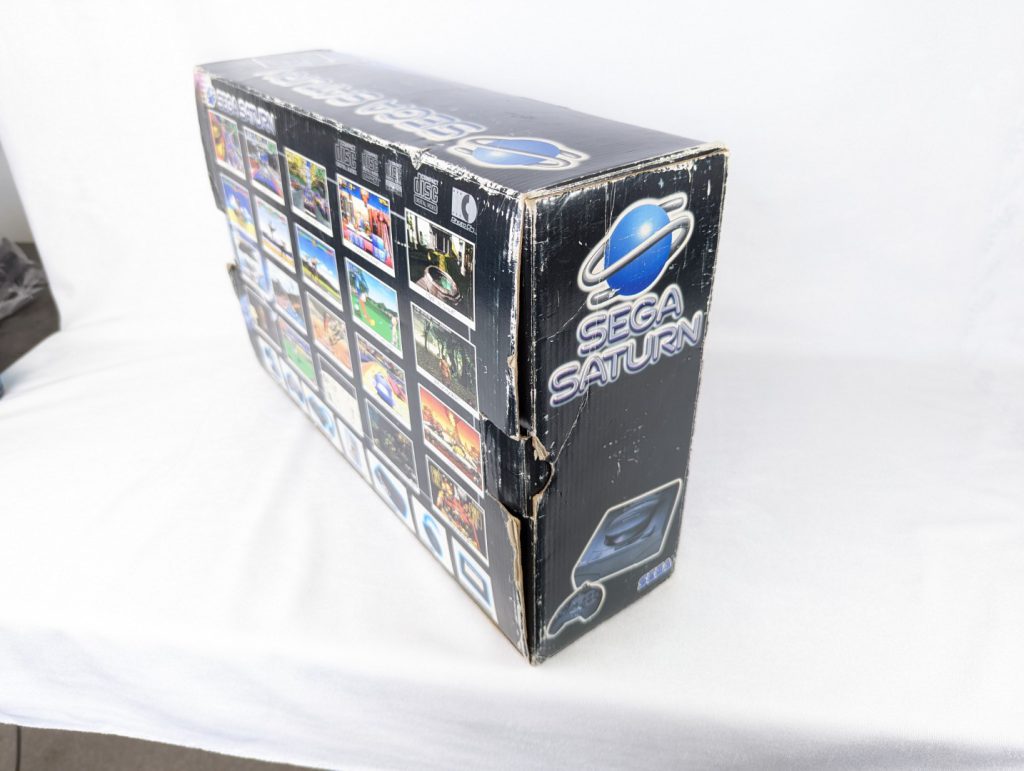 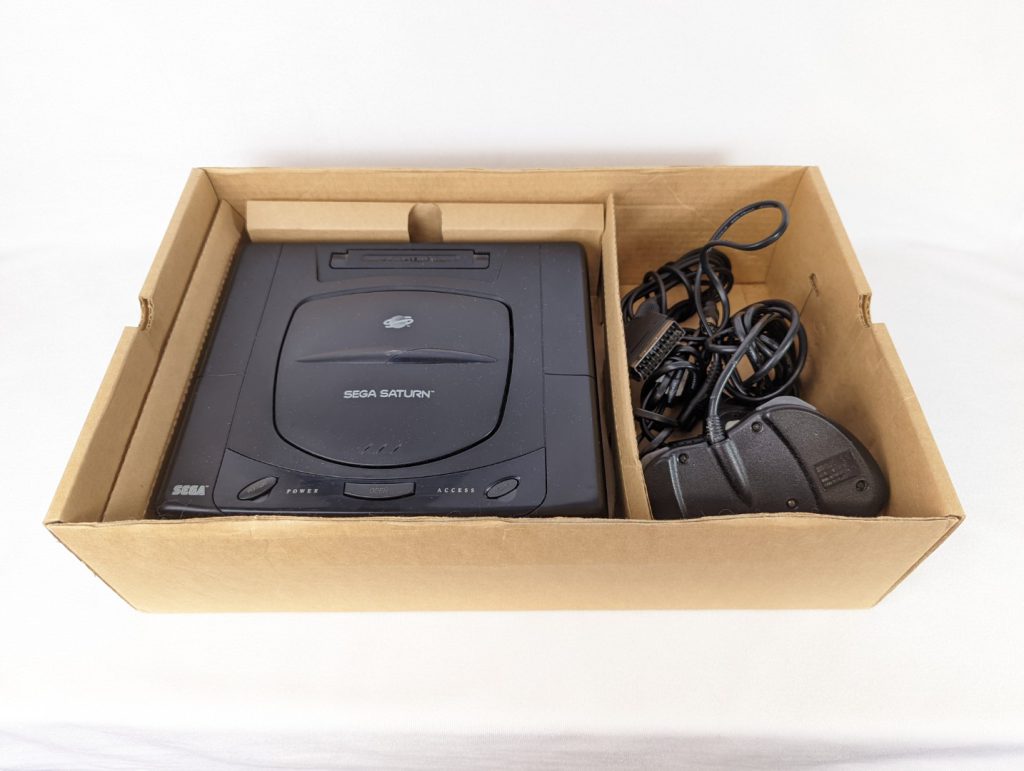 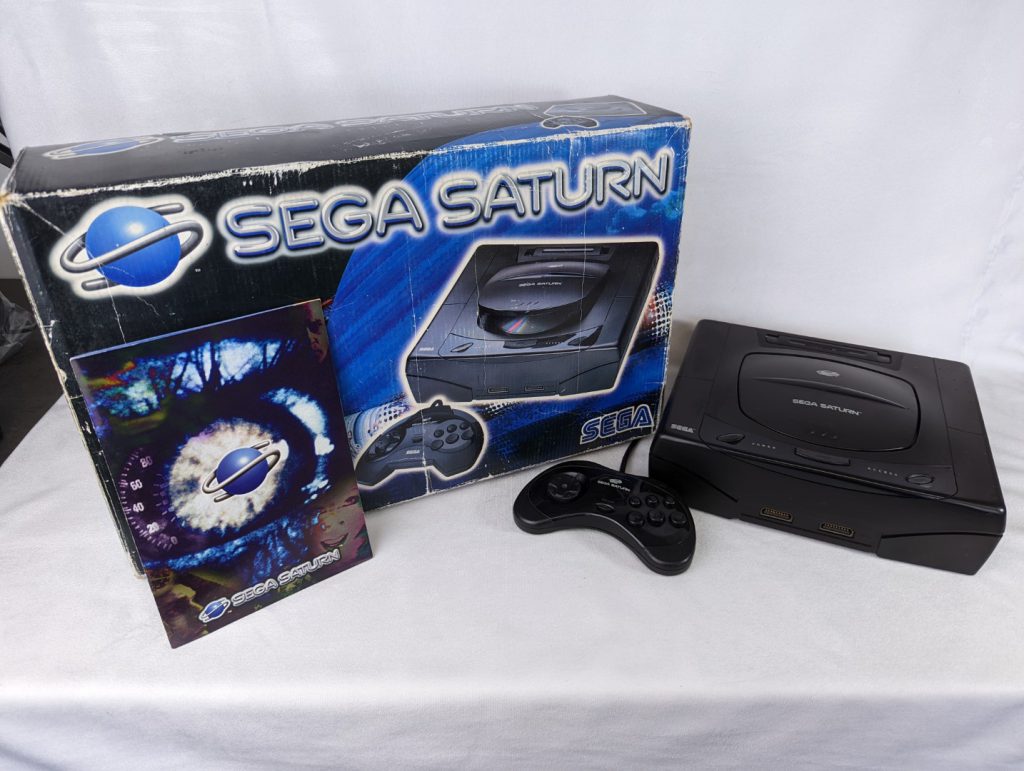 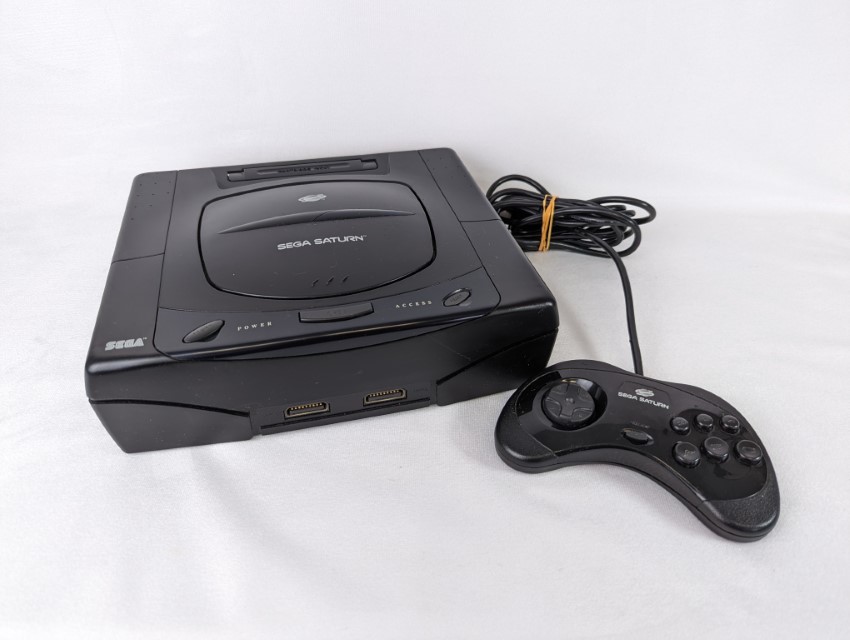 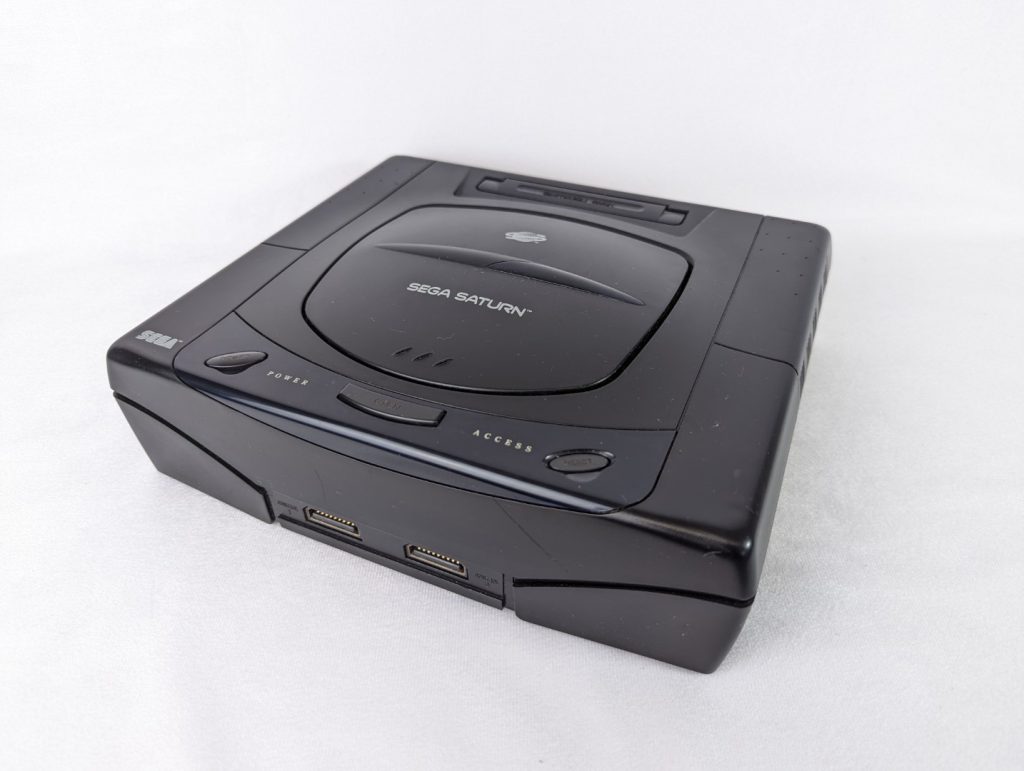 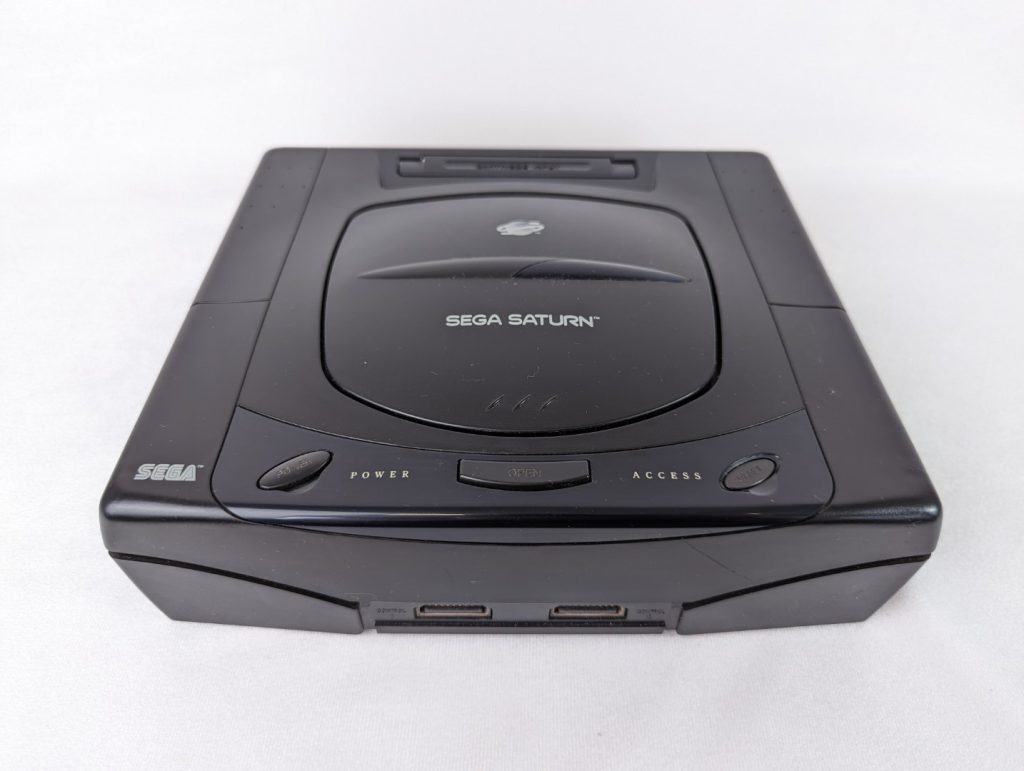 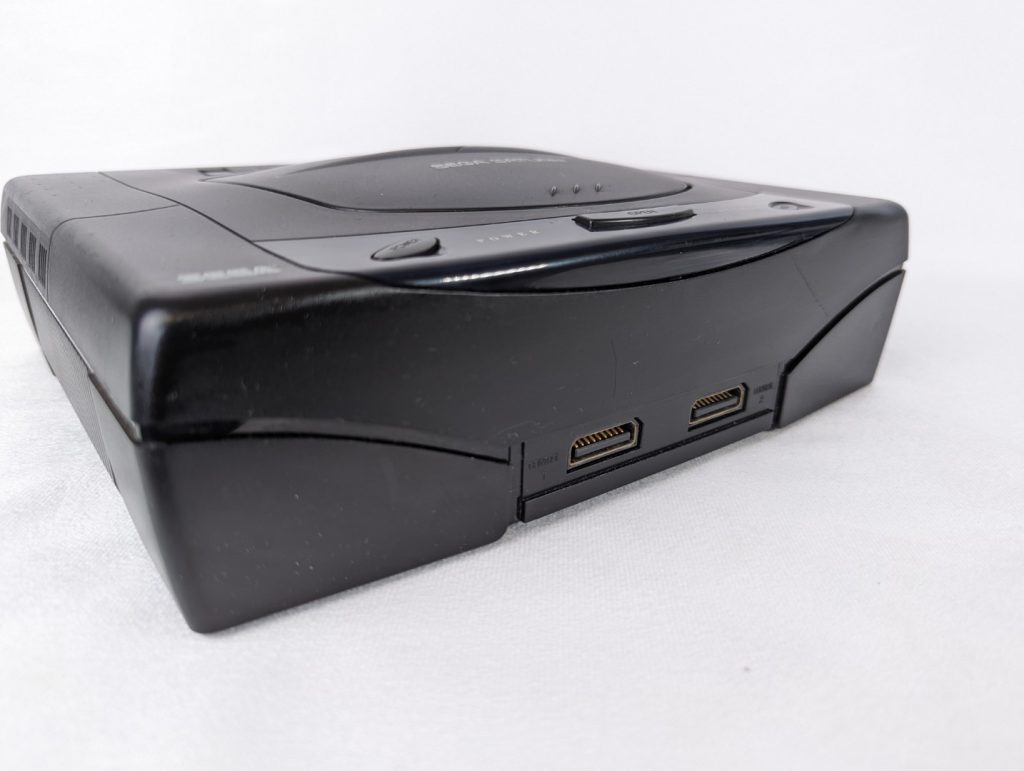 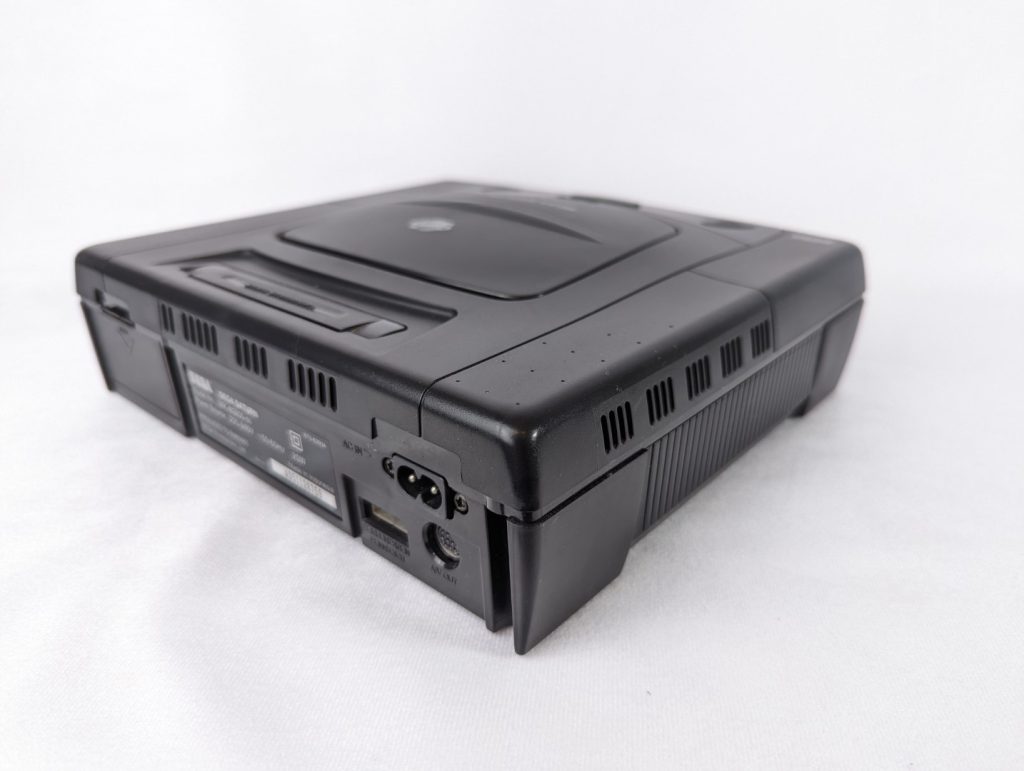 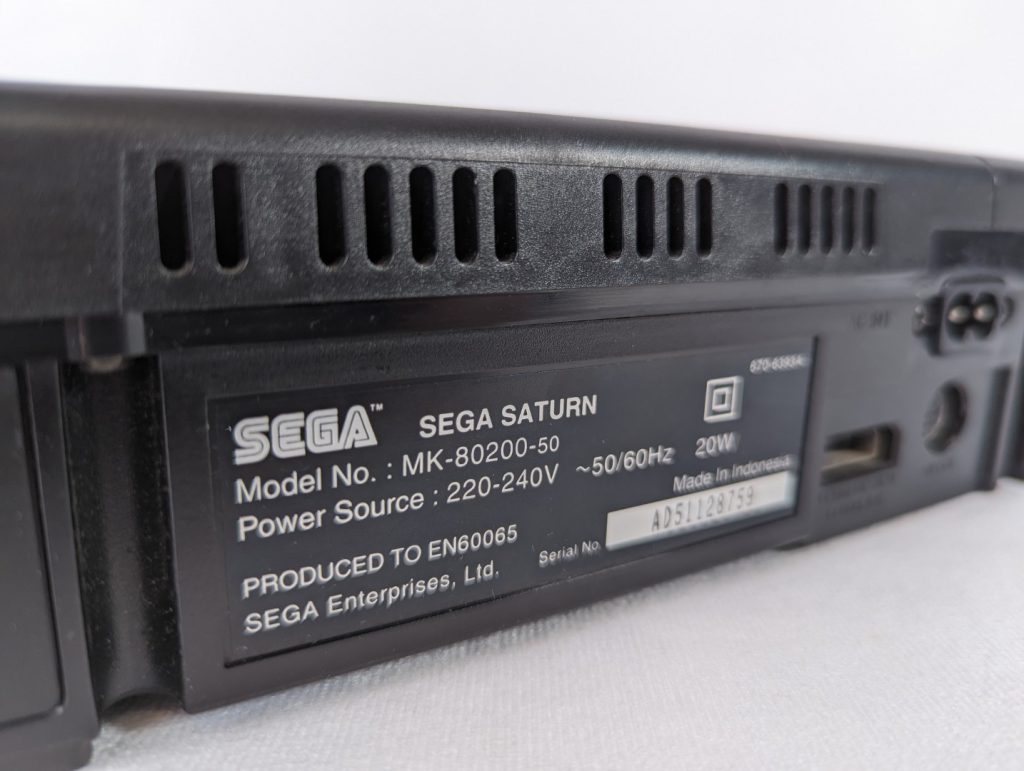 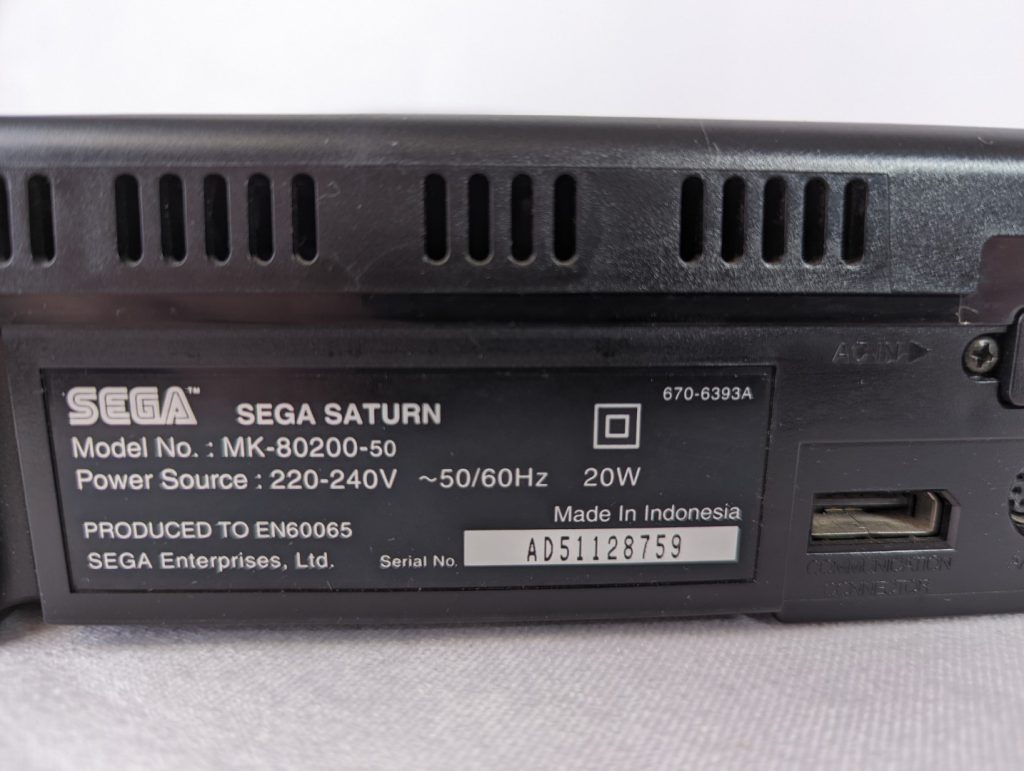 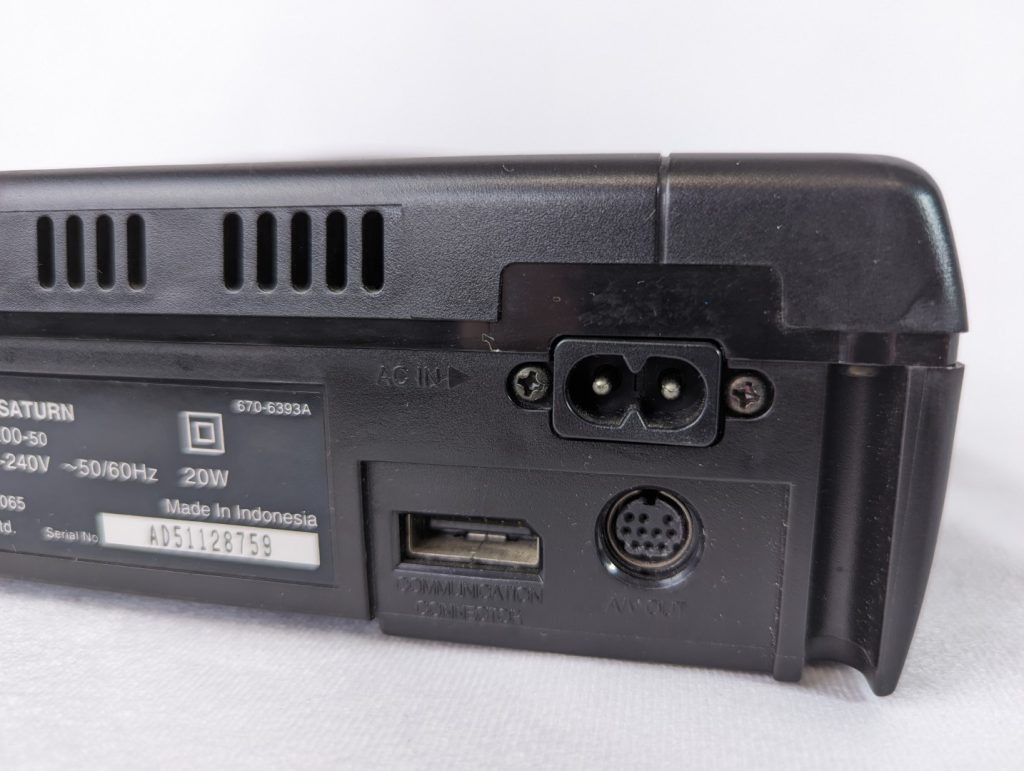 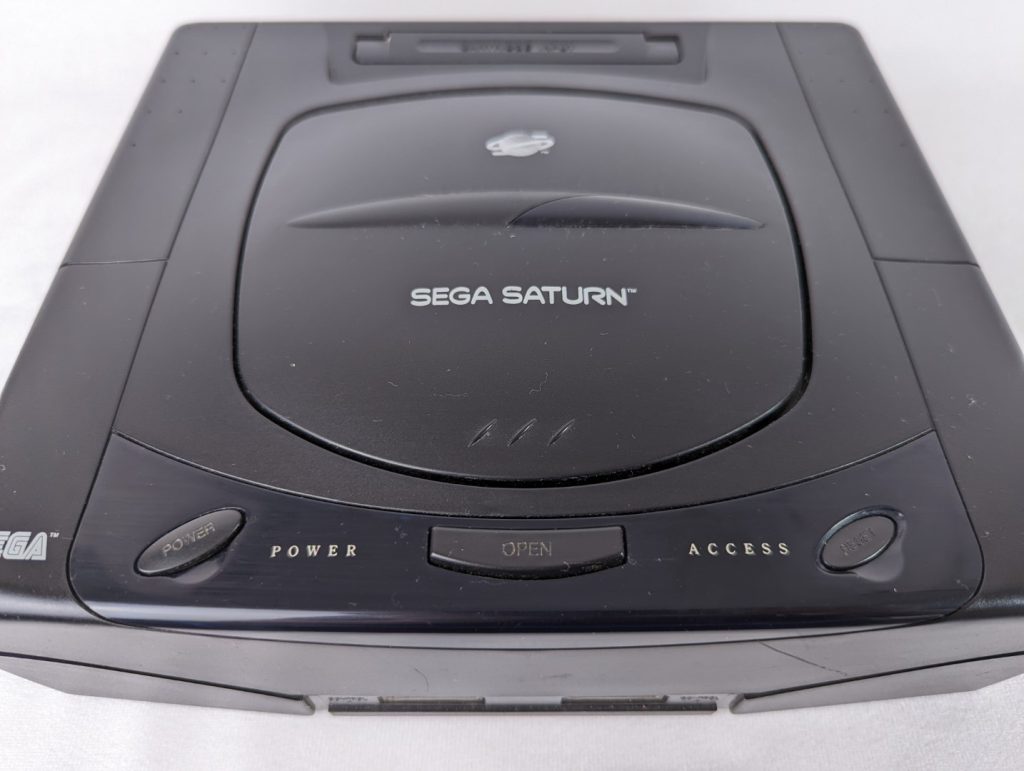 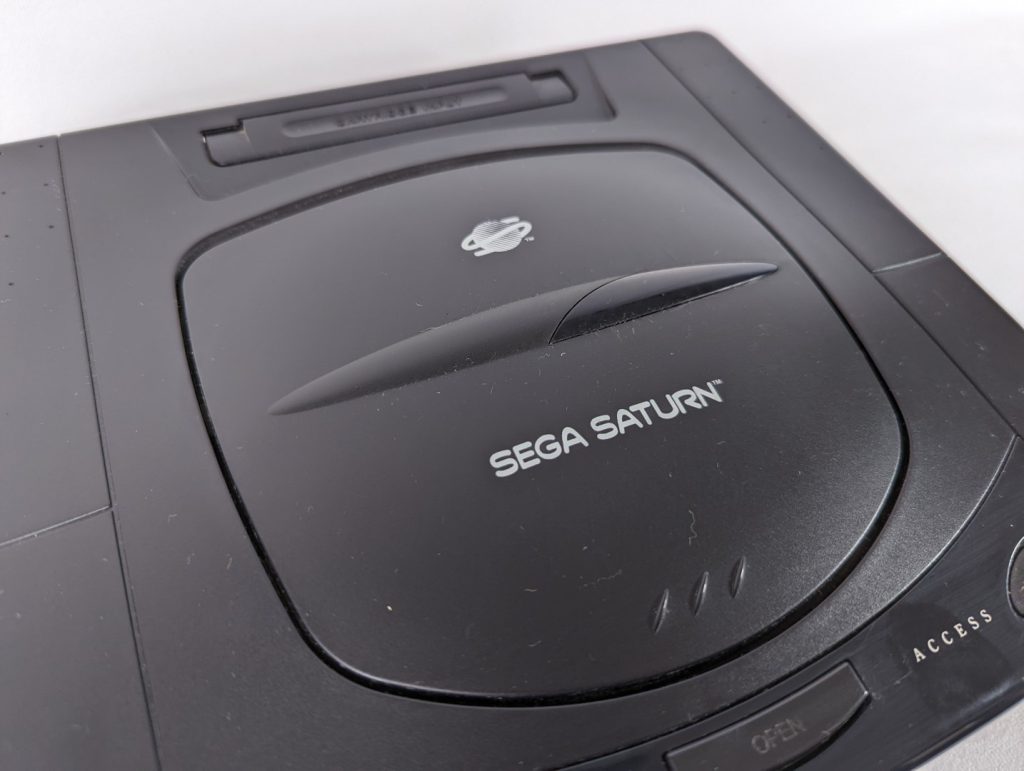 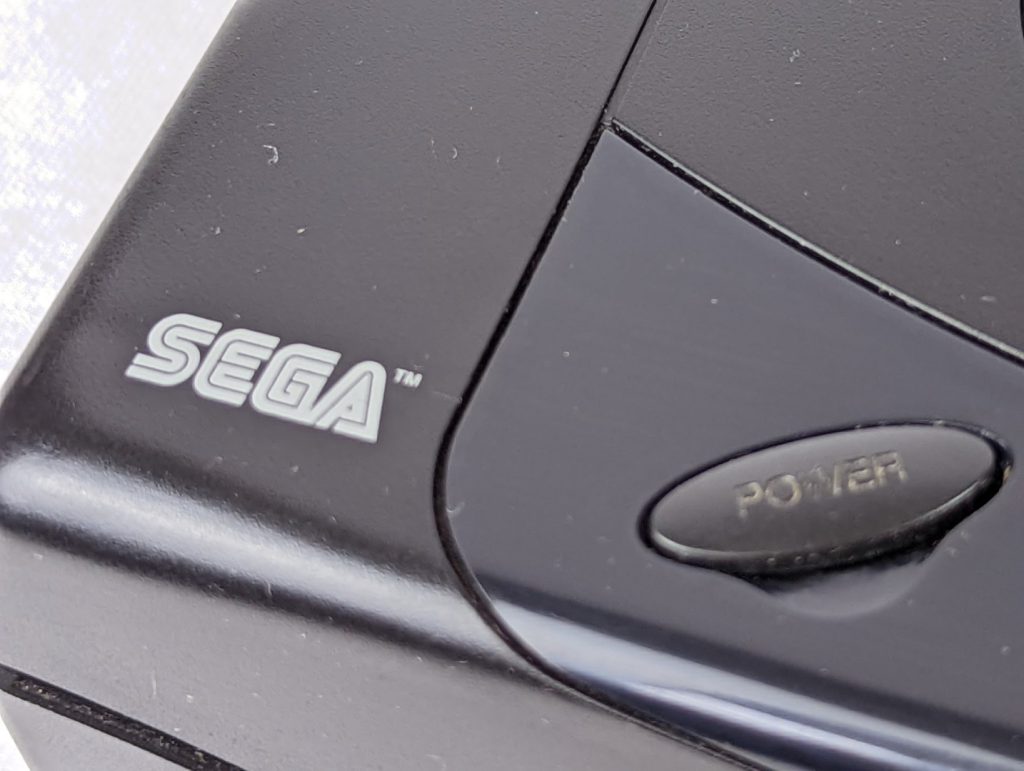 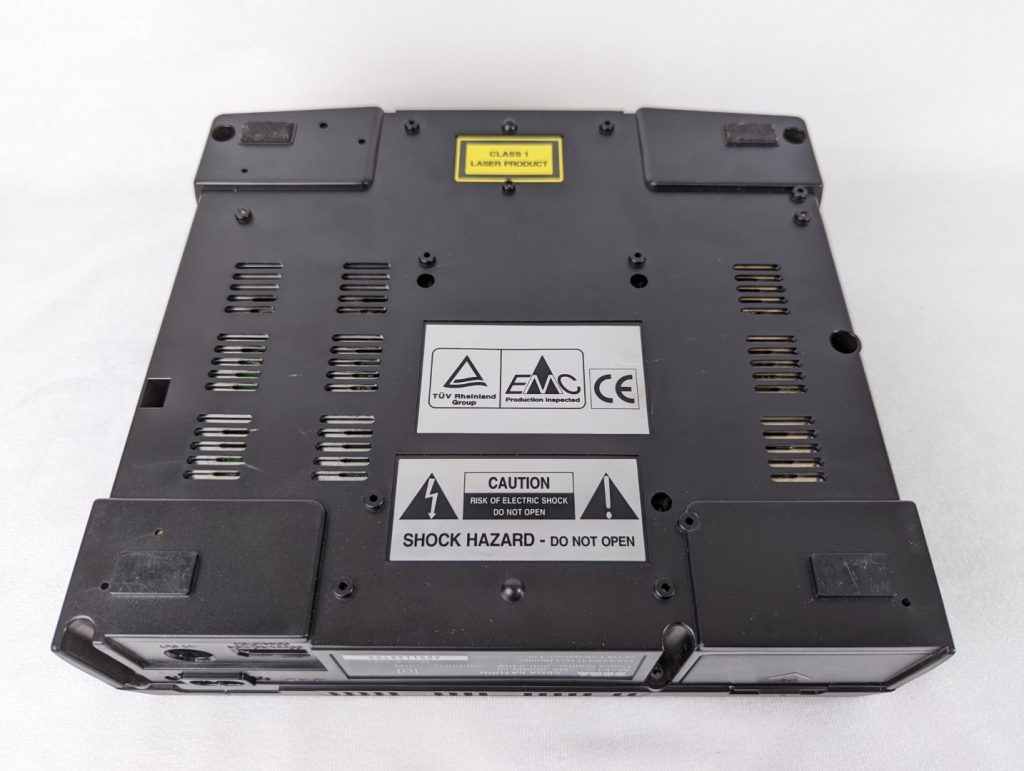 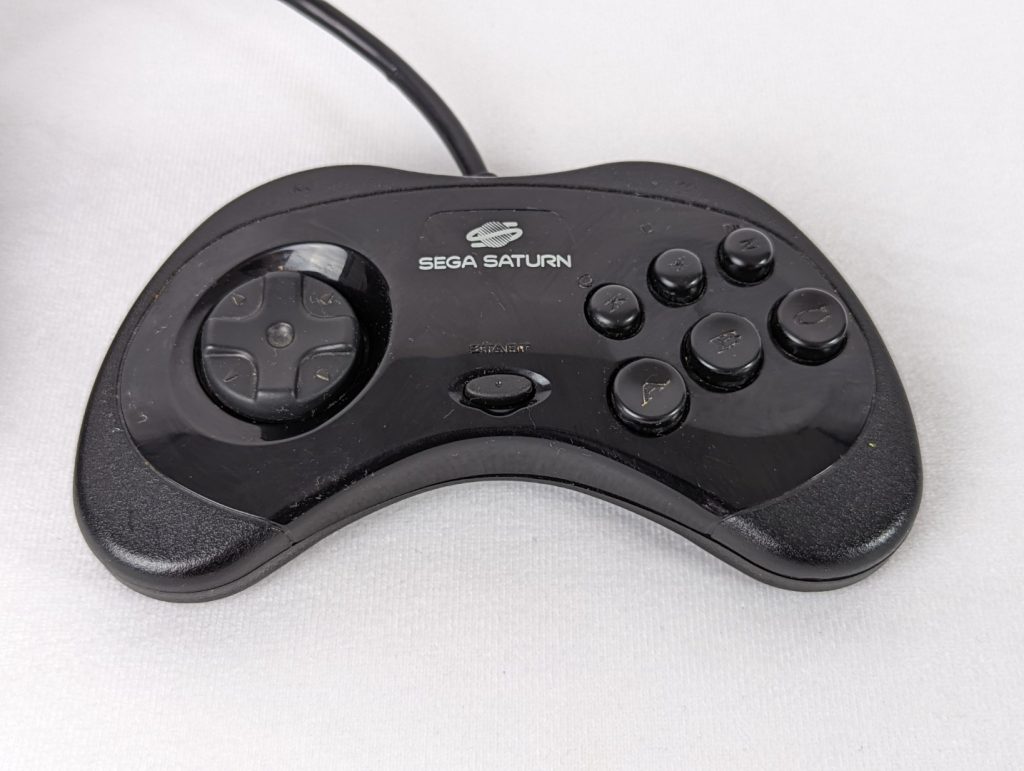 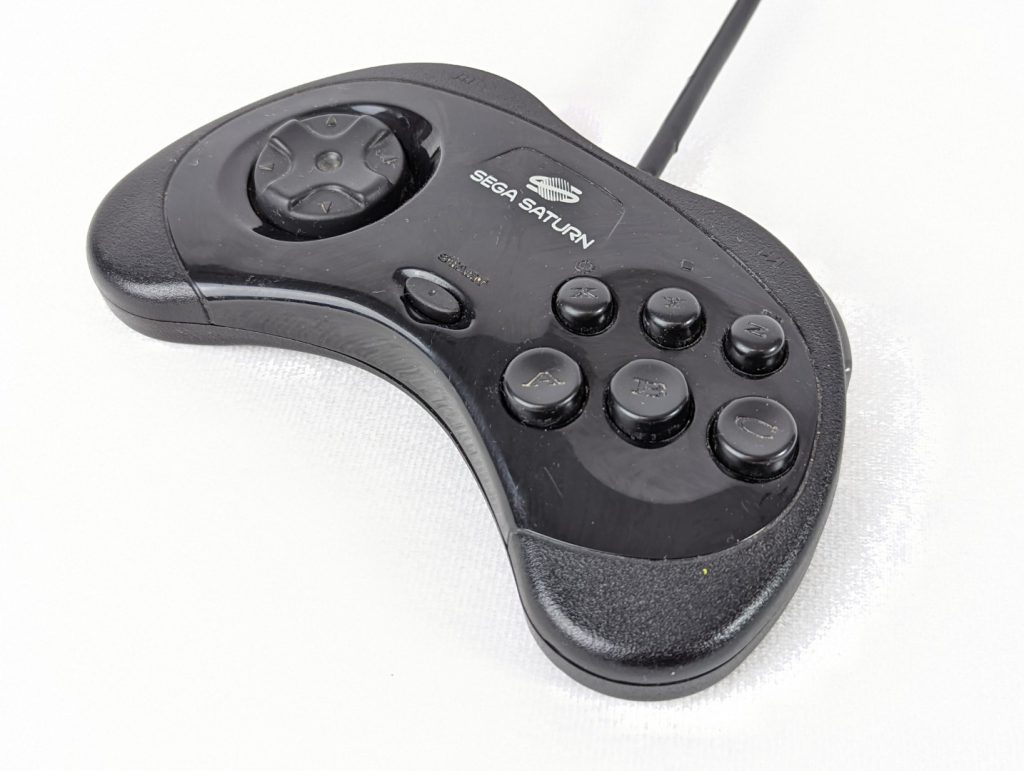 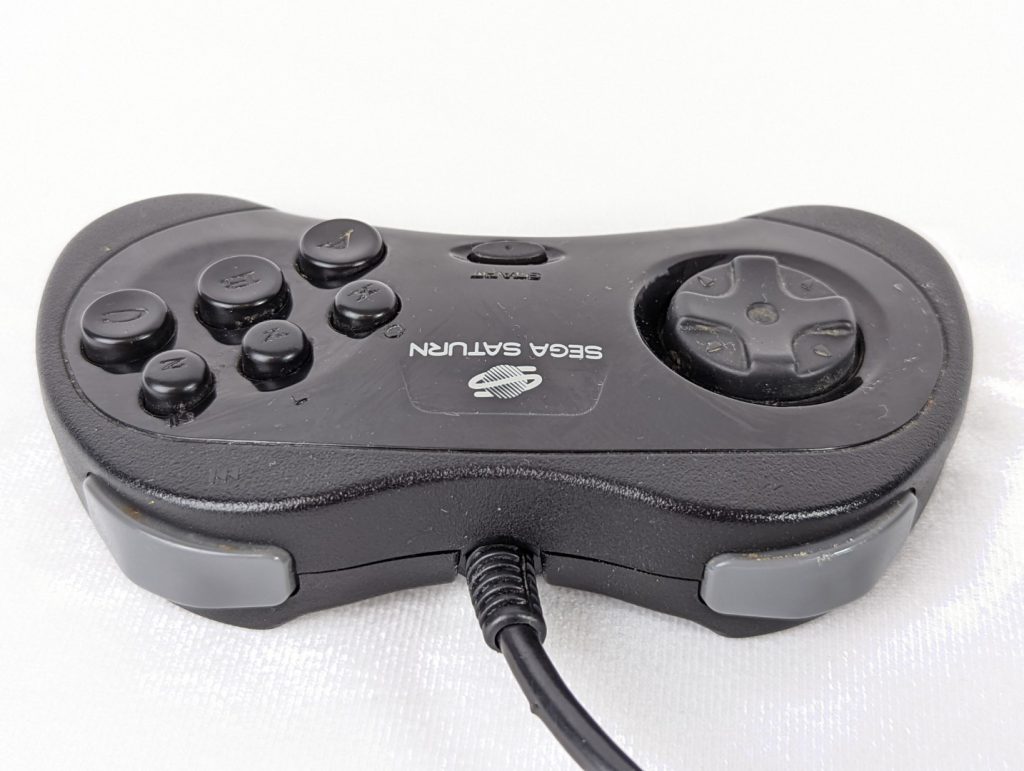 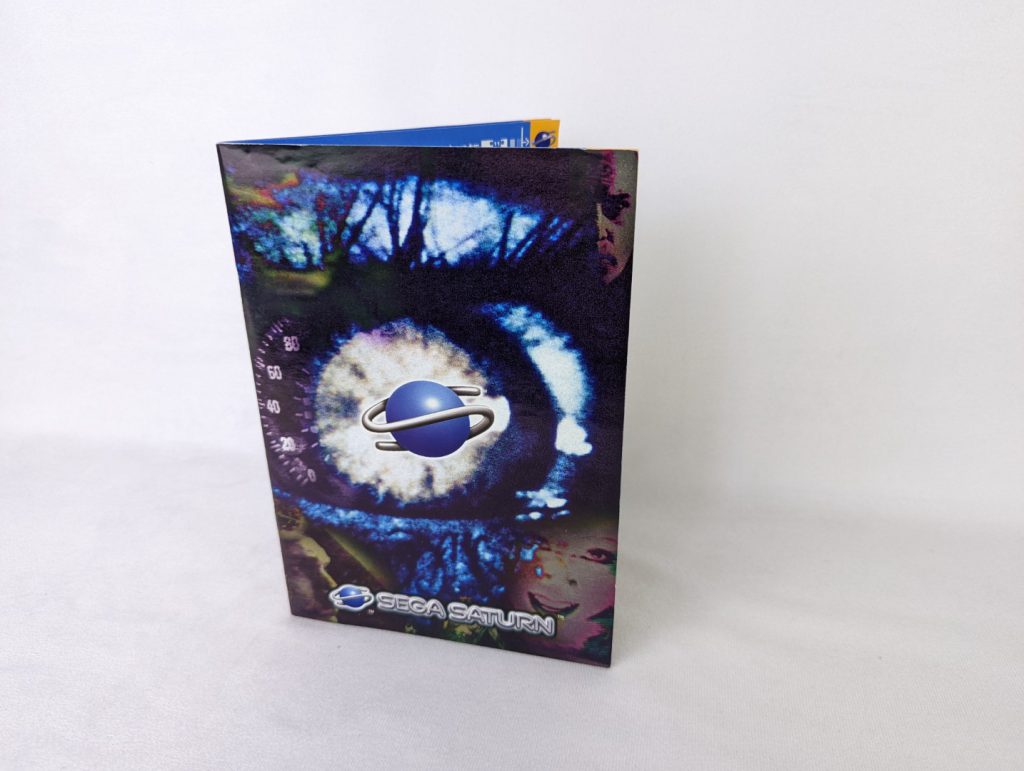 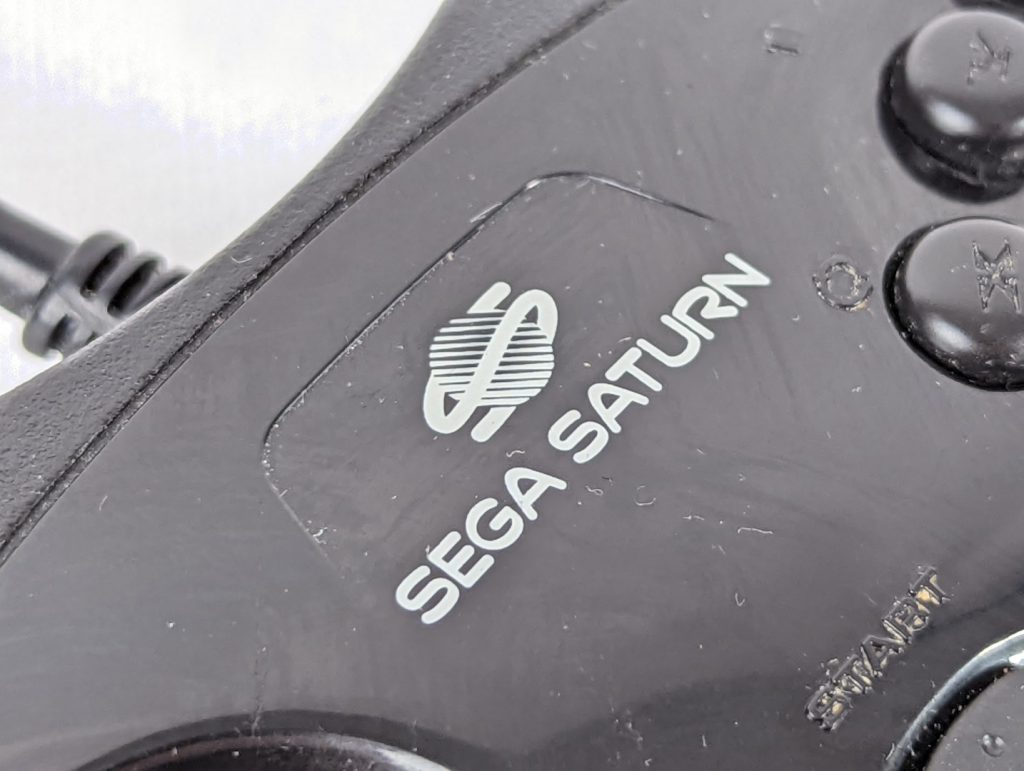 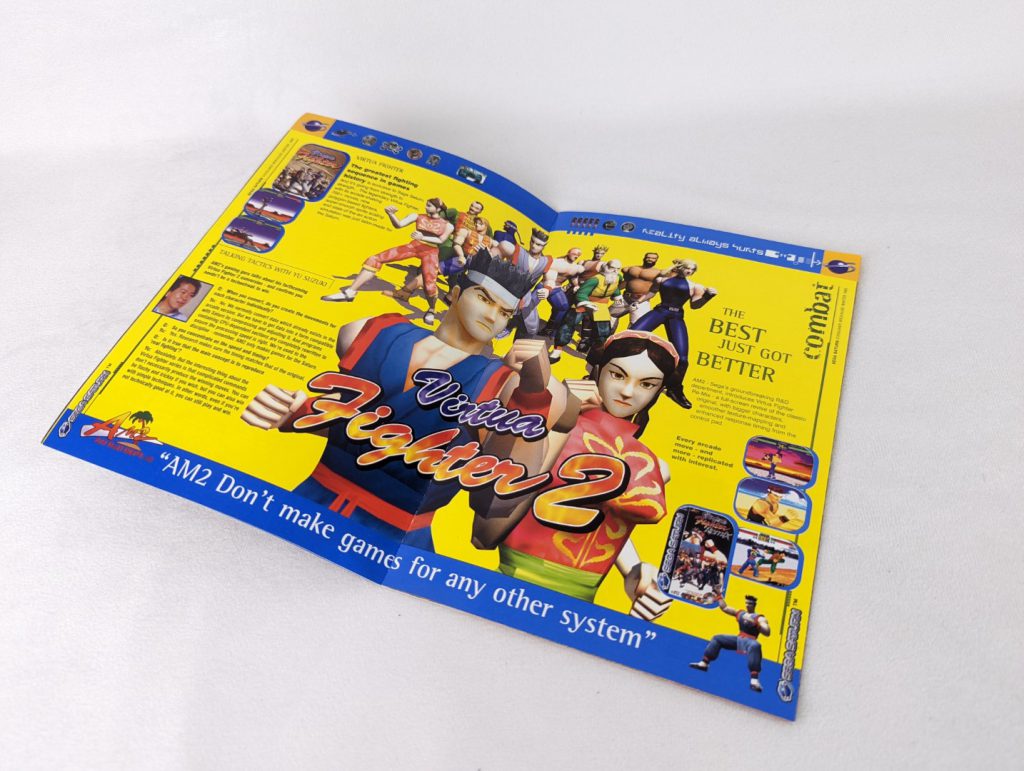 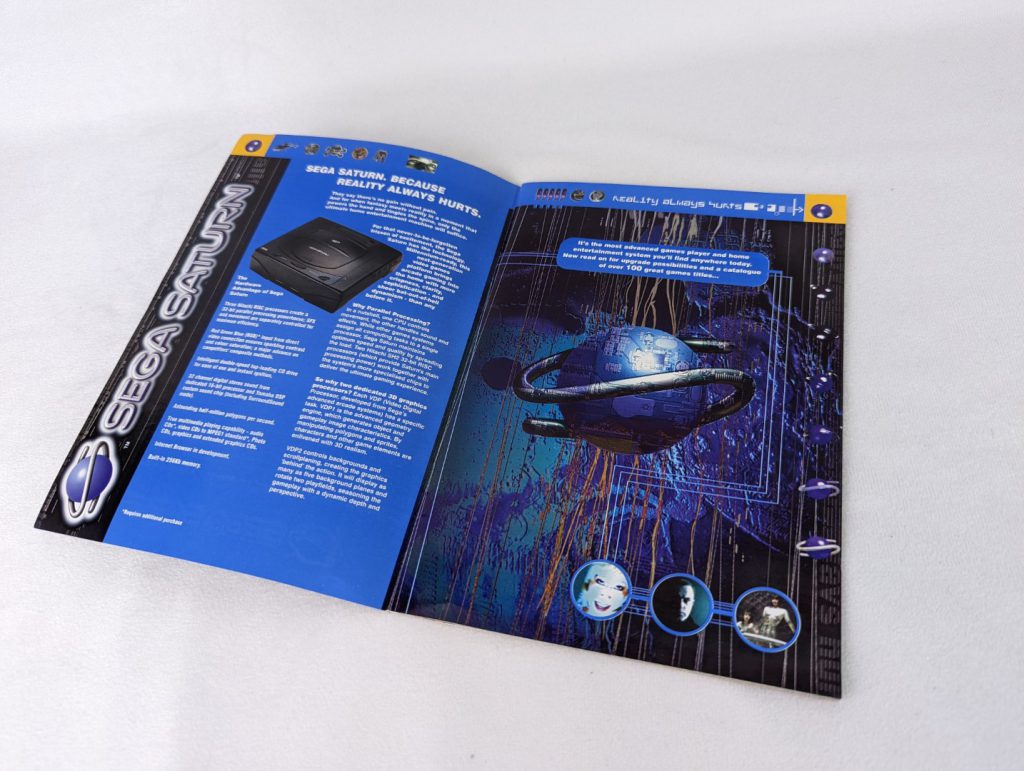 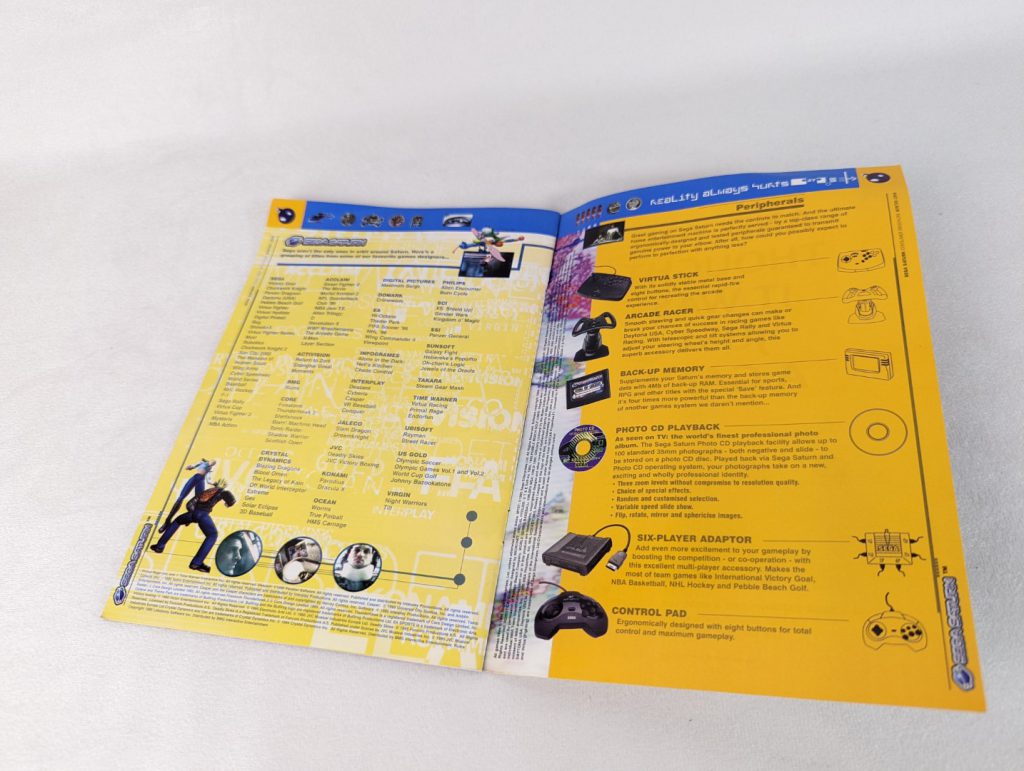