The Sega Mega Drive 2 was released in 1993 as an update to the original Mega Drive. This version removes the headphone jack in the front, replaces the A/V-Out connector with a smaller version that supports stereo sound and also runs on less power than it’s previous model. More revisions include, changing the power switch into a button and the reset button was moved opposite the power button. This version is also compatible with the 32X and works with the Sega CD version 1, but was designed to be paired with the Sega CD model 2.

The bundled controller remains 99% unchanged from its previous iteration, changing only the colour of the start button. 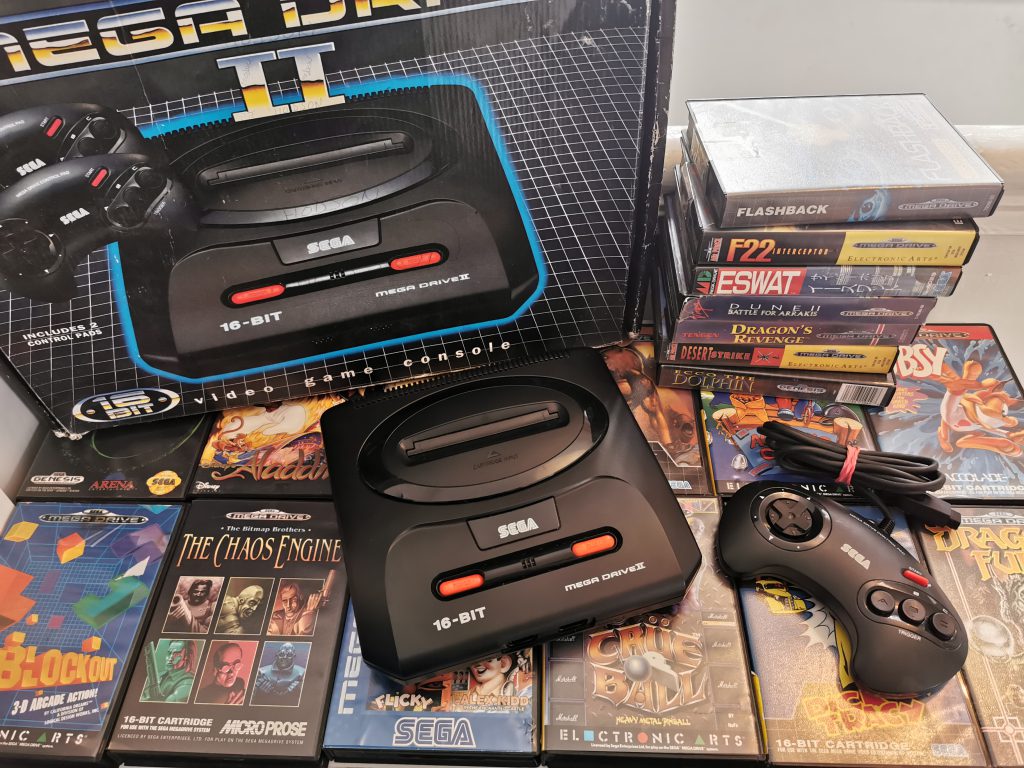 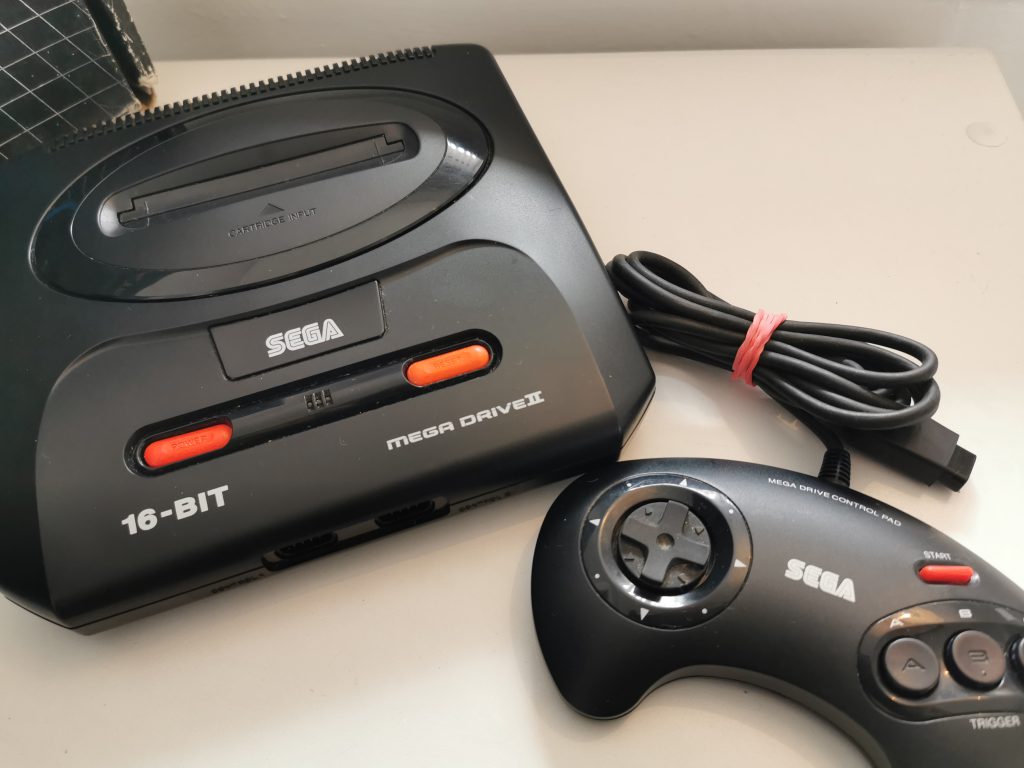 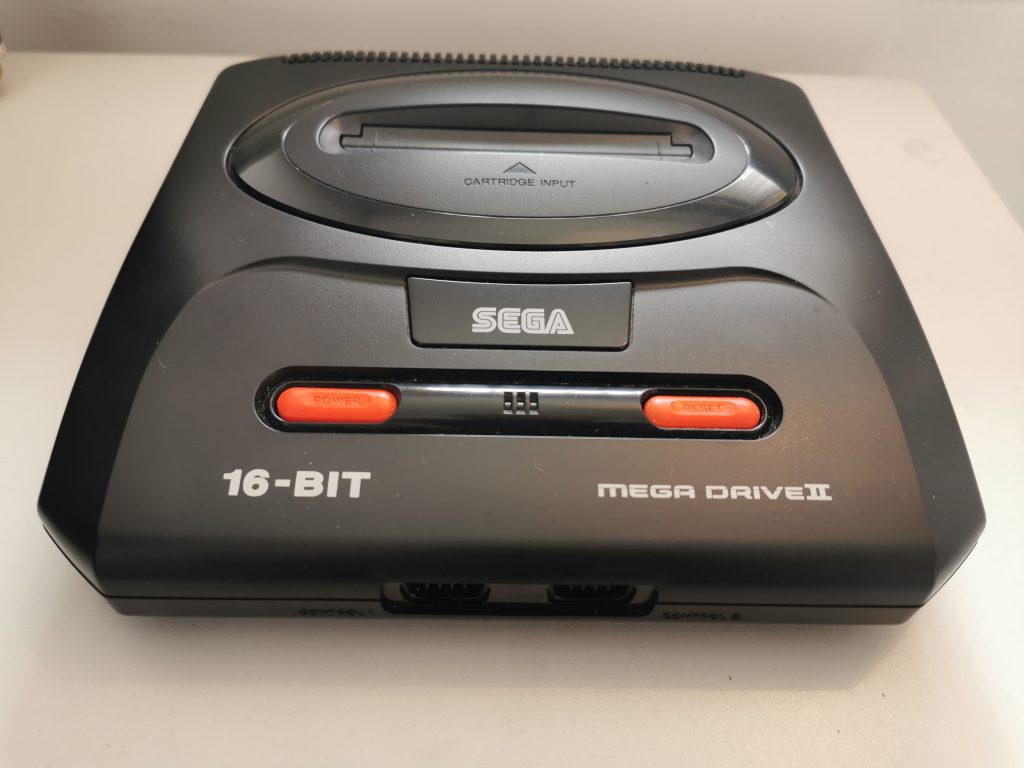 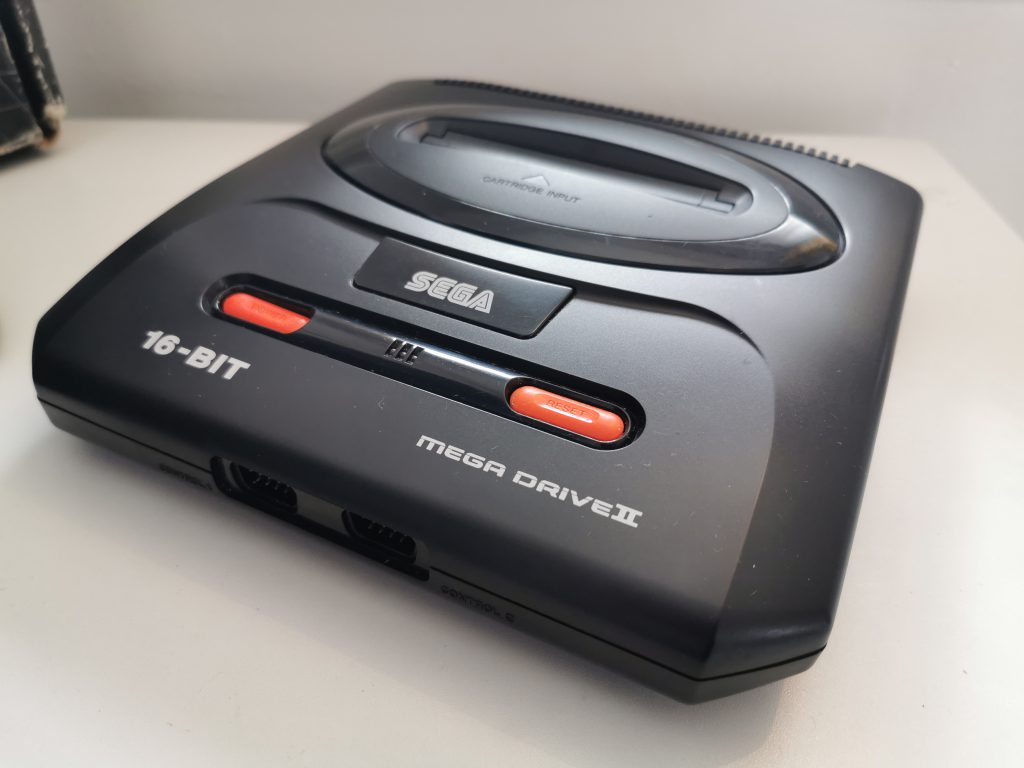 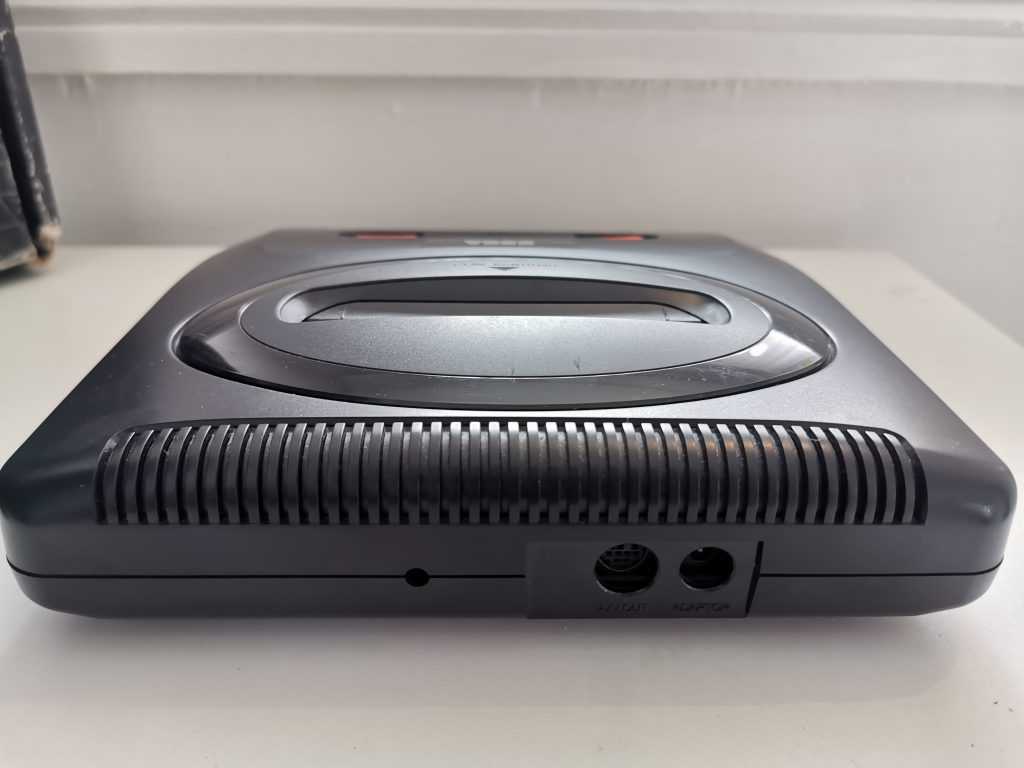 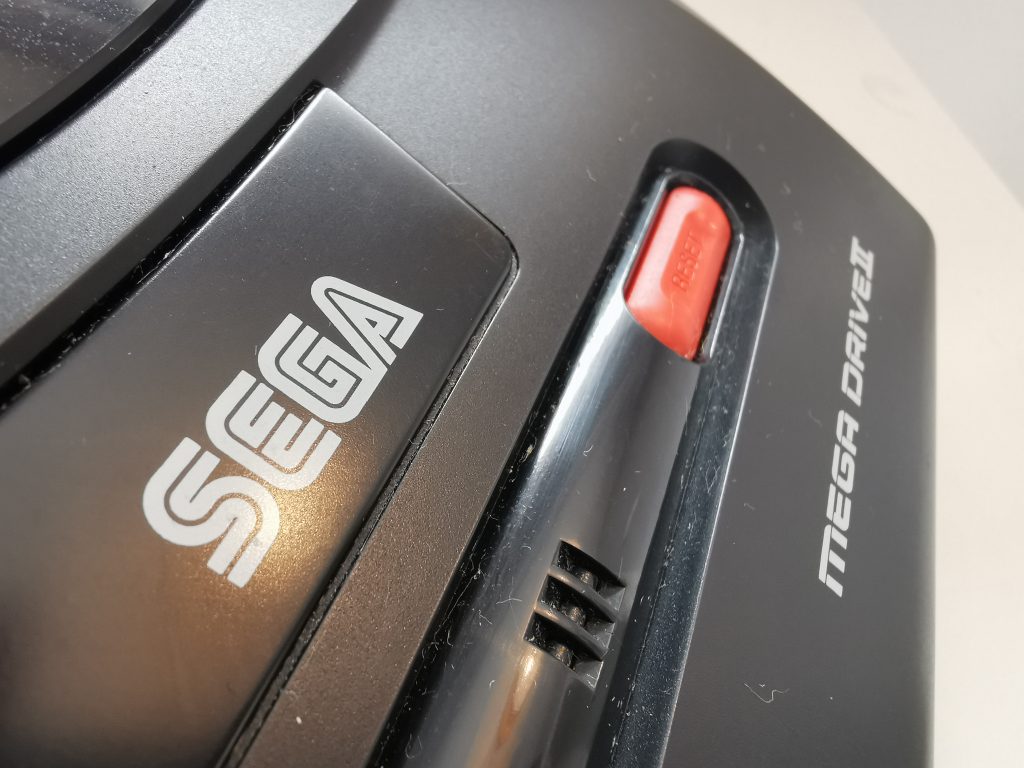 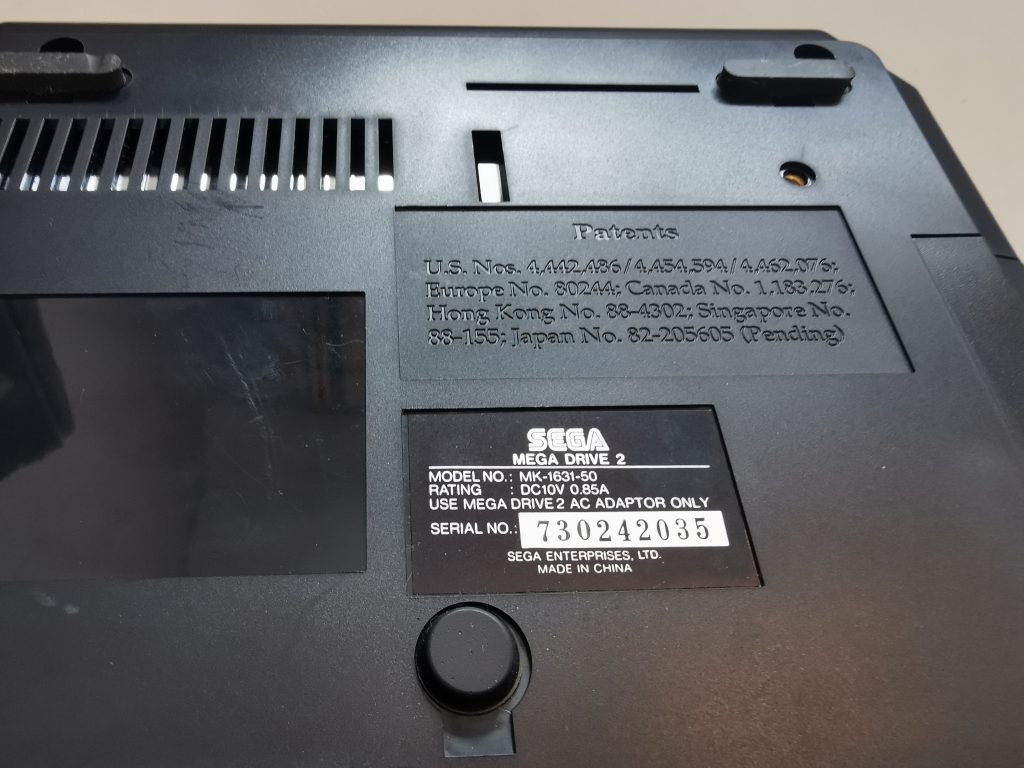 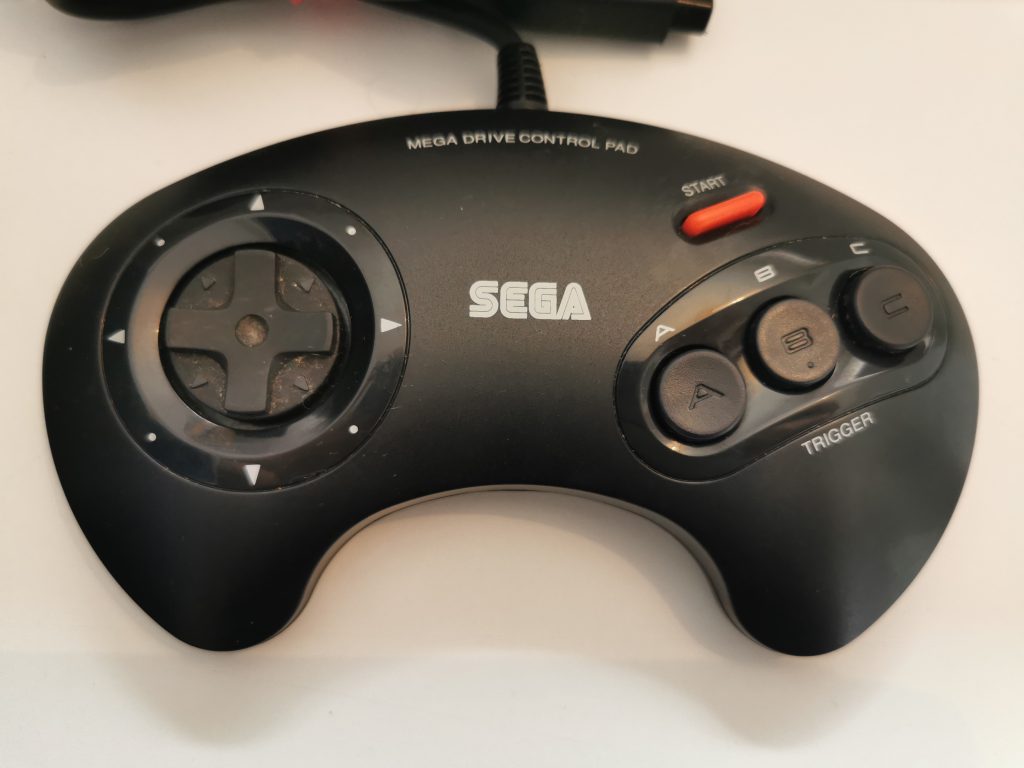 Maybe it’s just nostalgia talking, but I’m not a fan of the design of this console. I think it lacks any kind of personality that the original had. The original looked like an imposing beast whereas this just looks like a curvy slab of plastic.