The Sega CD, released in 1991 as the Mega-CD in most regions outside North America and Brazil, is a CD-ROM hardware add-on developed by Sega for the Mega Drive.

The Mega CD allows a Mega Drive to run compact discs, be it proprietary Mega-CD software, audio CDs or CD+G discs, a technology which in the late 1980s and early 1990s, was becoming a more affordable storage option than the traditional video game ROM cartridge of previous console generations.
The main benefit of CD technology was greater storage, which allowed for games to be nearly 320 times larger than Mega Drive cartridges. This allows the Mega CD to run games containing full motion video found in various games for the system such as the controversial ‘Night Trap’.
Not only a peripheral to allow the Mega Drive access to compact CDs, the Mega CD also acts as an upgrade to the Mega Drive hardware, adding extra processors, memory and audio features as well, all of which can only be utilised by CD software.
A traditional Mega-CD does not act as a stand-alone unit, and needs to be hooked up to a Mega Drive via the expansion port located on the right hand side of the console. Mega-CDs do, however, require their own AC adaptor, meaning that in order to play Mega-CD games, two sockets will be occupied by the upgraded console.

The Sega CD received several variations during its lifetime,

The original Mega-CD utilises a CD tray, and sits underneath the Mega Drive (or Mega Drive 2). It is designed to be permanently attached to the console at all times.

The Mega-CD 2 is a top-loading device. that sits on the right hand side of the Mega Drive, though continues to act as a new base for the console. This version has fewer mechanical parts meaning it is less is likely to break and is designed to look sleeker and more appealing than the original version. The Mega-CD 2 is designed primarily with the Mega Drive 2 in mind, however a plastic extension piece was included to add extra support with an original Mega Drive attached.

Combination Mega Drive/Mega-CD units were developed over the course of the Mega-CD’s lifetime. The Wondermega and LaserActive are standalone consoles; the LaserActive also plays LaserDiscs. The Multi-Mega is a portable audio CD player that can play Mega Drive and Mega-CD games when plugged in to wall power and a TV. The Aiwa Mega CD is a Mega Drive/Mega-CD packed into Aiwa’s consumer-level portable CD stereos.

While the Mega-CD became known for several well received games such as Sonic CD, praised for having good graphics, superior CD quality sound to the Mega Drive games, and an innovative style of stages. The Mega-CD’s game library contained many Mega Drive ports and FMV games that were universally panned by game reviewers. The limited 64-color palette of the system, combined with the processor not being well-suited for video, did not lend itself well to reproducing video, resulting in grainy video in most games. 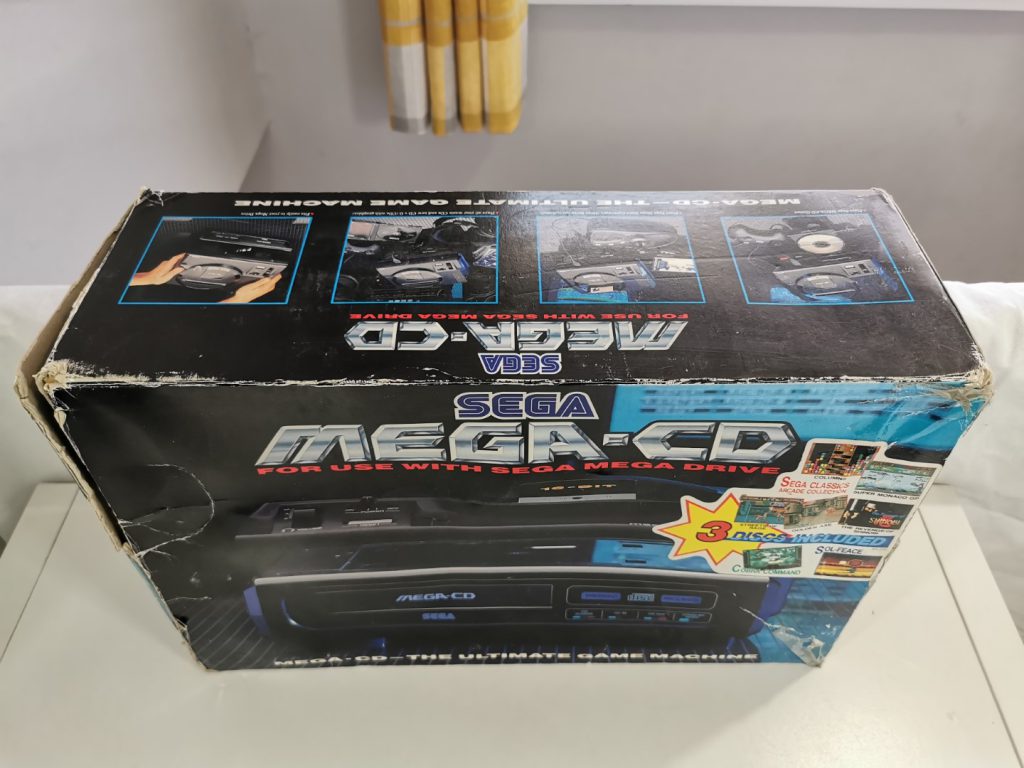 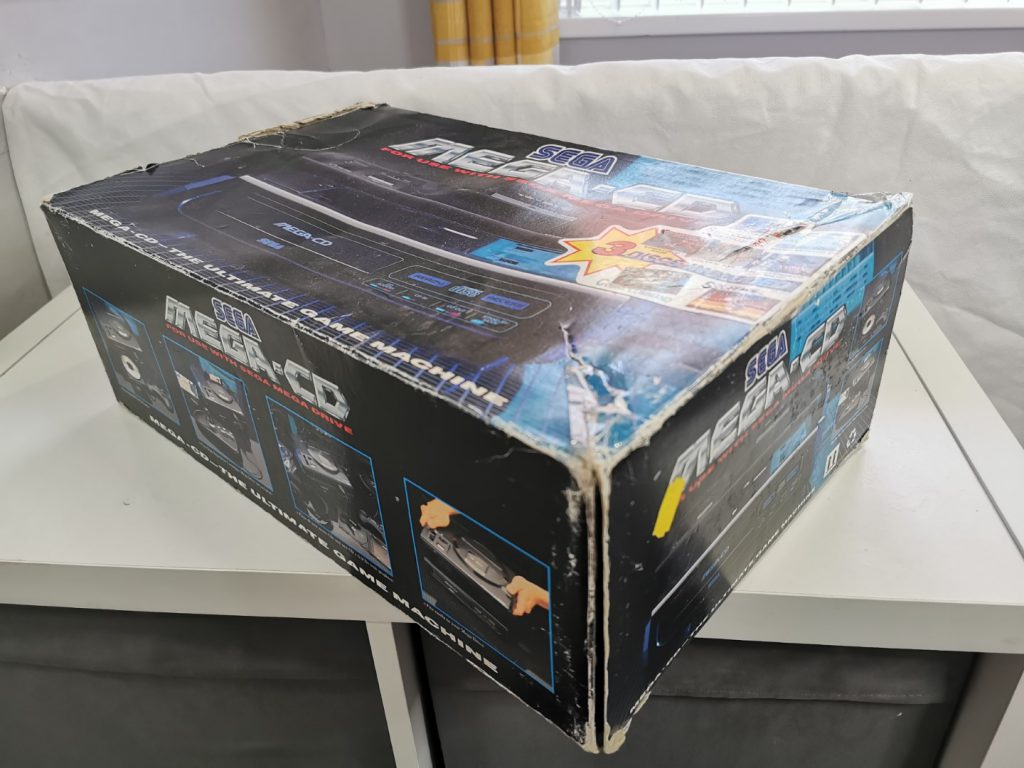 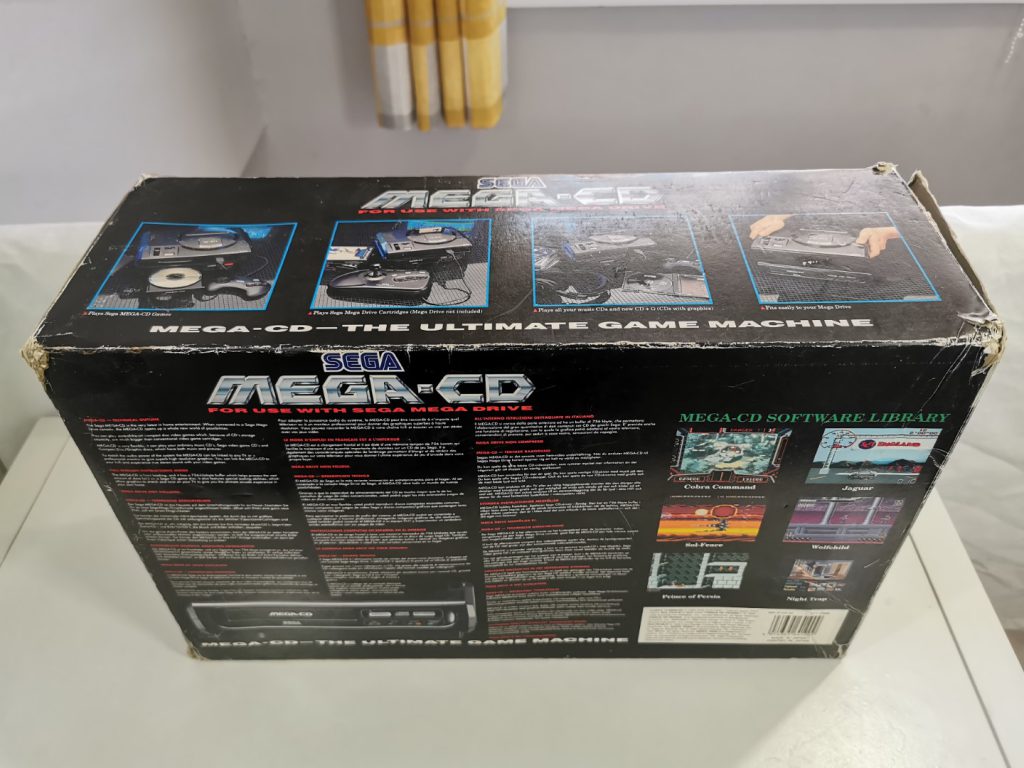 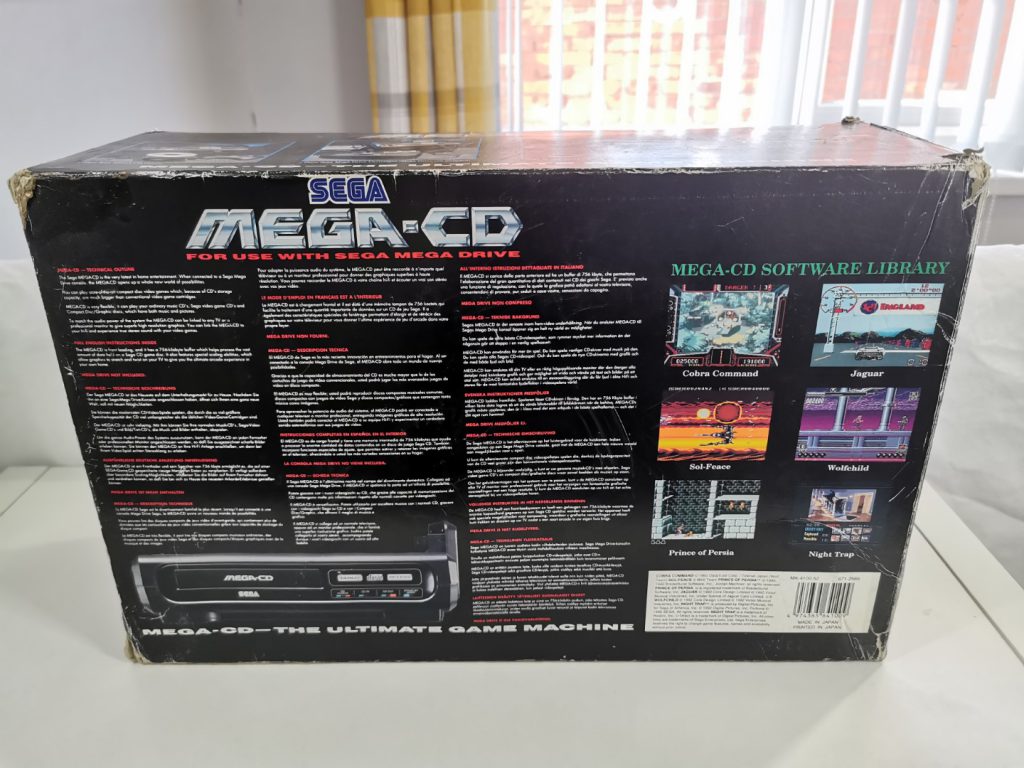 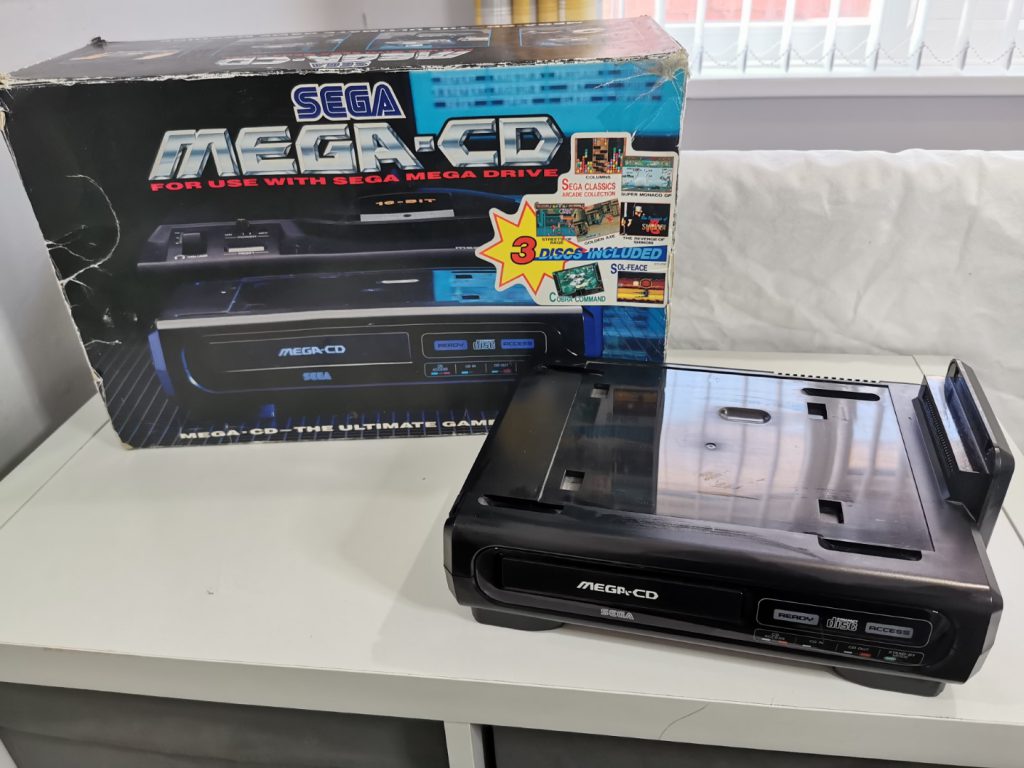 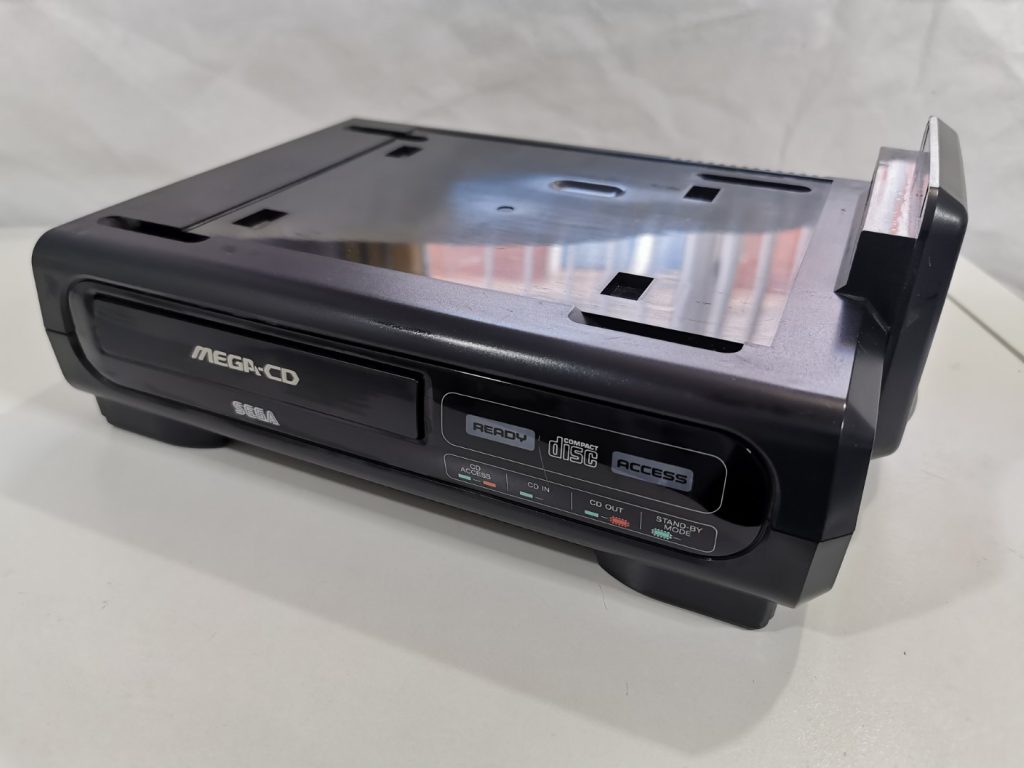 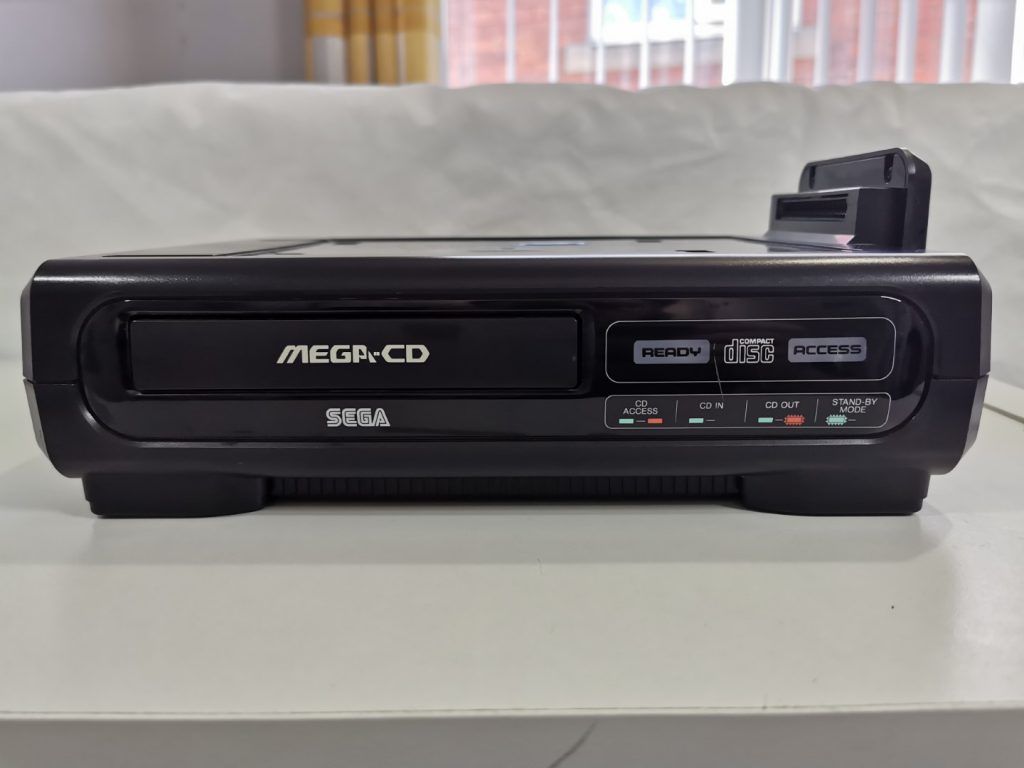 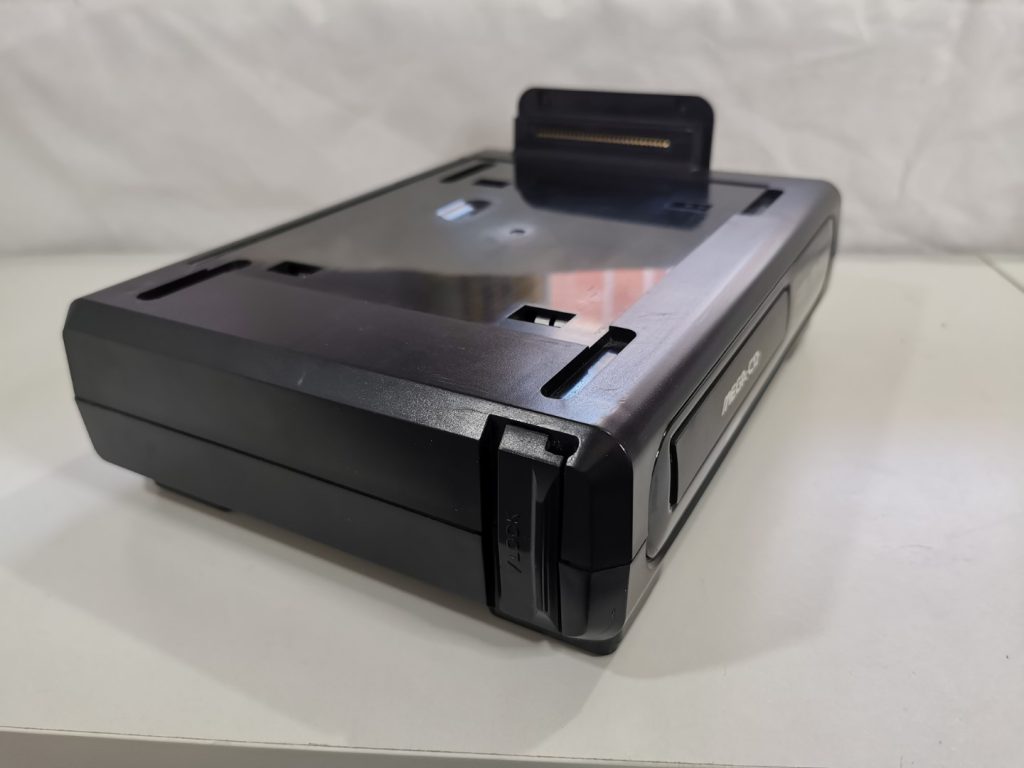 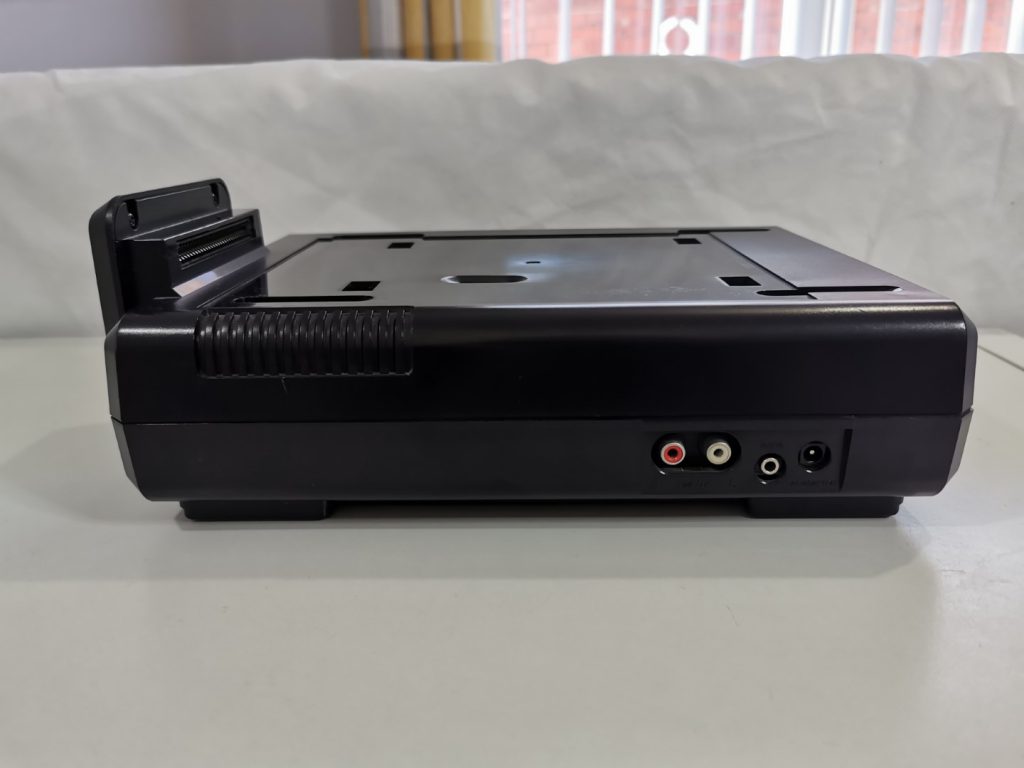 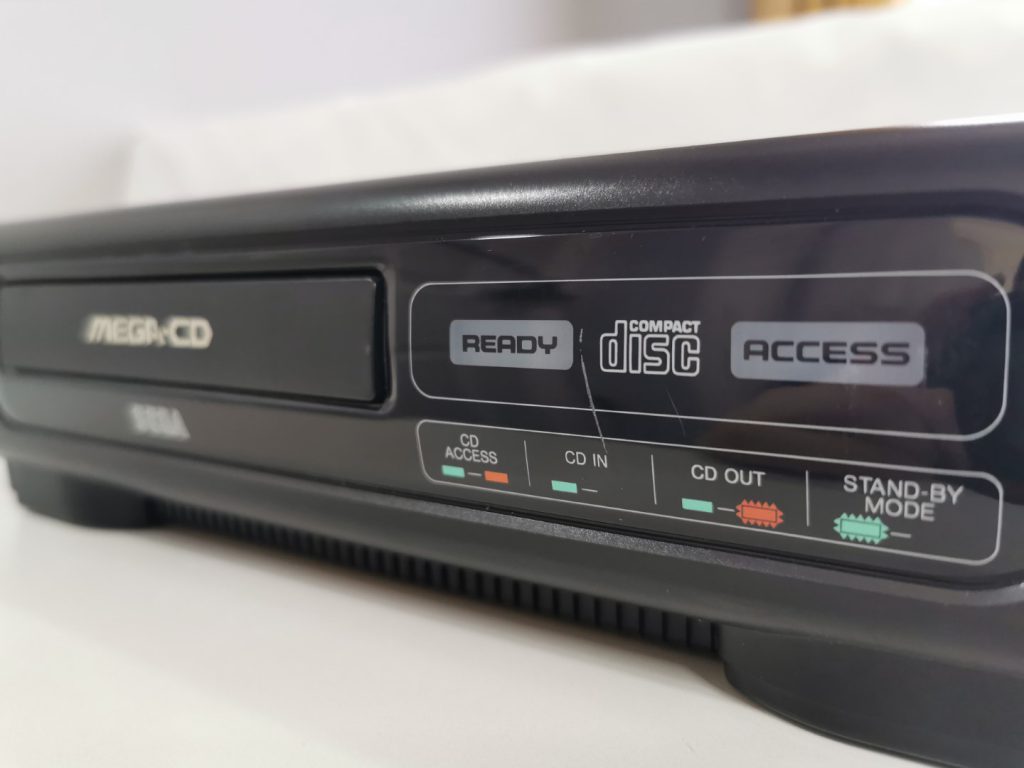 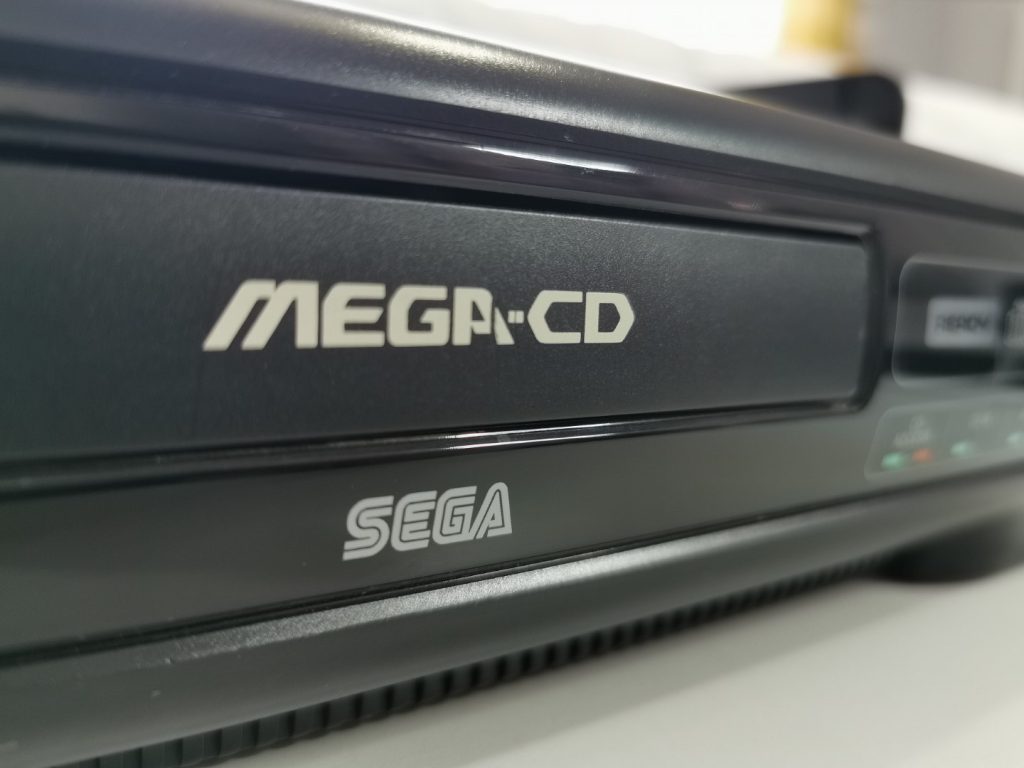 I decided to purchase the original Mega-CD because I much prefer the design of this to the second iteration. When hooked up to the Mega Drive, it looks like a nice, not very compact system, whereas the second version just looks awkward to me.