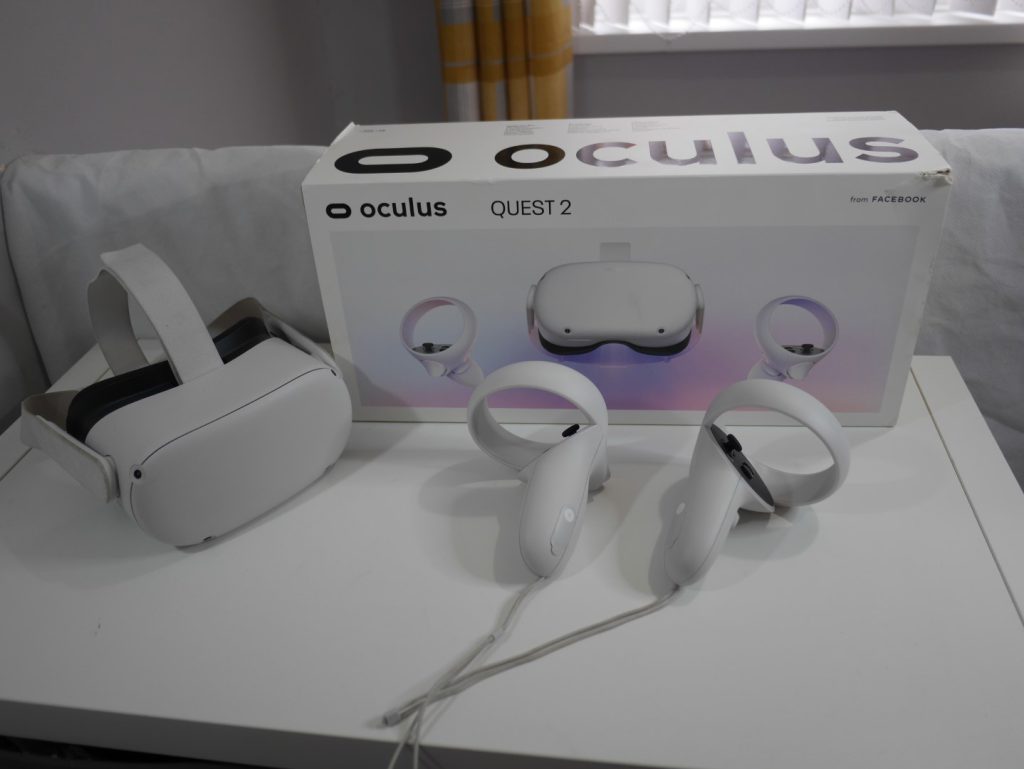 Oculus Quest 2 is a virtual reality (VR) headset created by Oculus, a brand of Facebook Technologies, LLC and successor to the Oculus Quest. It was released in October 2020.

As with its predecessor, the Quest 2 is capable of running as both a standalone headset with an internal, Android-based operating system, that allows you to freely roam around your physical and digital play spaces without fear of tripping over a wire. The Quest 2 also allows the use of Oculus-compatible VR software running on a PC when connected over USB. It is a refresh of the original Oculus Quest with a similar design, but with a lighter weight, updated internal specifications, a display with a higher refresh rate and per-eye resolution, and updated Oculus Touch controllers.

You can use the Google Chromecast screen sharing function within the Quest 2’s menu to allow someone not wearing the headset to watch what you’re up to on a second display like a smartphone or TV. Some games even actively encourage it, with one player taking charge of a role in the real world, while another navigates the VR world presented in the headset.

The smooth plastic chassis of the headset is white, with the plastic and foam eye mask behind it a contrasting black. The front faceplate is nearly bare, with four position-tracking cameras mounted along its edge.
The left side of the headset holds a USB-C port and a 3.5mm headphone jack, while the right side is home to the power button and an indicator LED. A volume rocker can be found on the underside of the headset, along with two pinhole microphones. The eye mask easily pulls out to let you adjust the position of the lenses.
The headband is a three-point elastic strap mounted on plastic arms that can pivot slightly up and down. The arms hold speakers that pipe sound into your ears without headphones. The top strap connects to the headset with hook-and-loop (Velcro) fasteners, letting you adjust how the top of the Quest fits against your face. The side straps connect at the back with two plastic sliding clips.

The two motion controllers included with the Quest 2 have seen a slight redesign from the original Oculus Touch controllers used with the Quest and the Rift S. They’re still rounded handles with prominent rings on top for the headset’s cameras to track their position, and the two triggers still fit naturally under your index and middle fingers. The circular control surface at the top of the handle, right under your thumb, is larger than before, with a comfortable, bare spot to rest your thumb when you aren’t actively using the analog stick or two face buttons.

The new design makes the controllers feel a bit thicker in the hand and easier to hold securely, and the battery door is less prone to sliding off during intense gameplay sessions. It isn’t a drastic redesign, but a few small tweaks that make the controllers feel better without changing their layout or functions.

The Quest 2 received mostly-positive reviews as an incremental update to the Quest, but some of its changes faced criticism, including its strap, reduced interpupillary distance (IPD) options, and a newly-introduced mandate requiring users to log in with a Facebook account in order to use the headset and Oculus services. 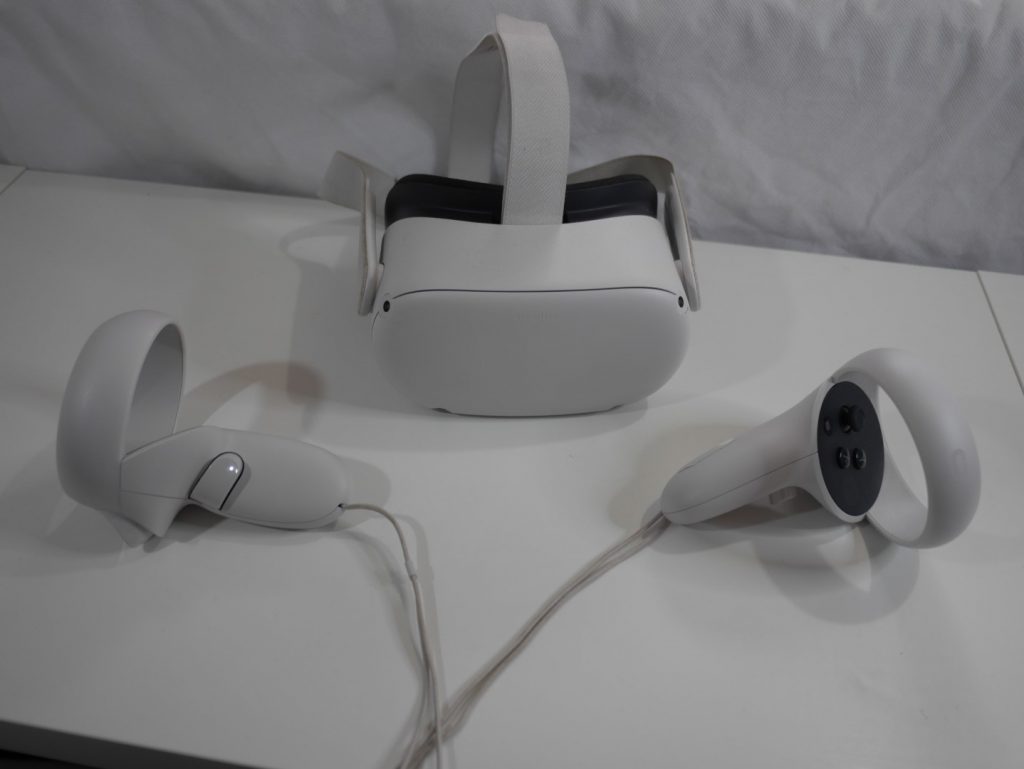 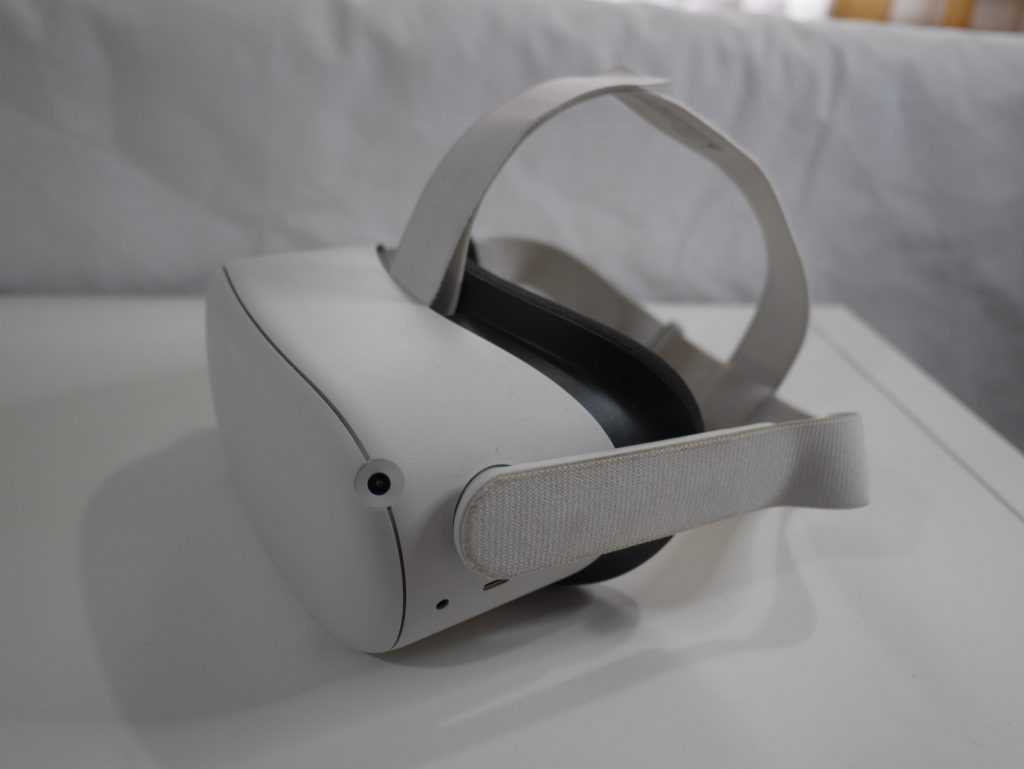 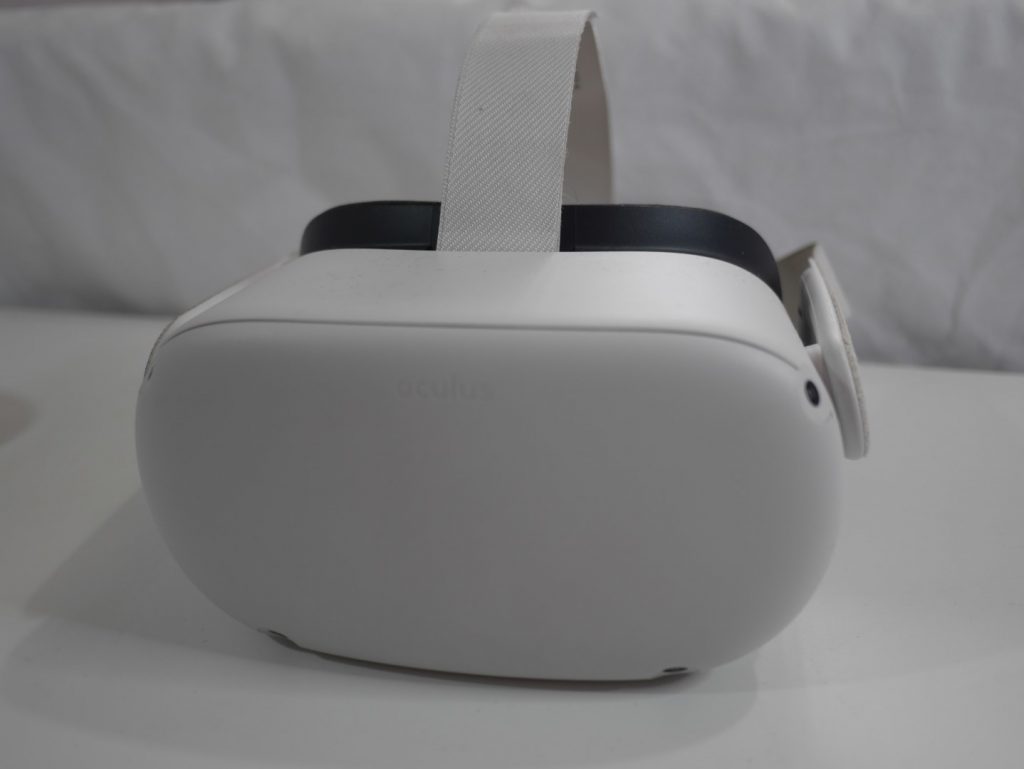 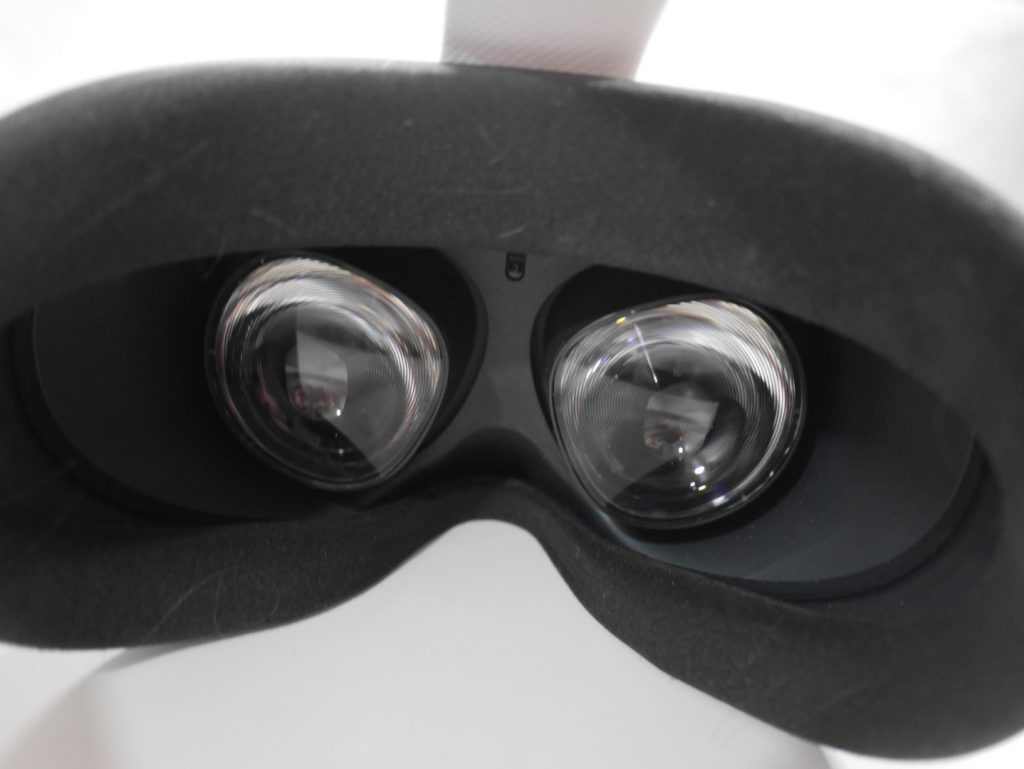 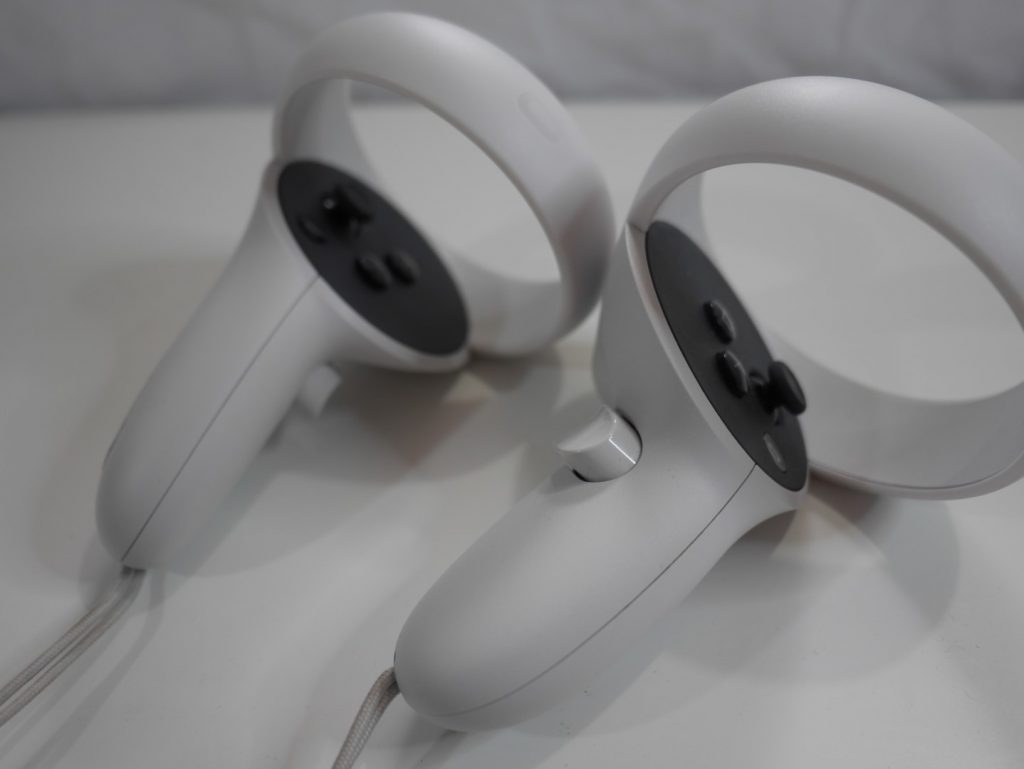 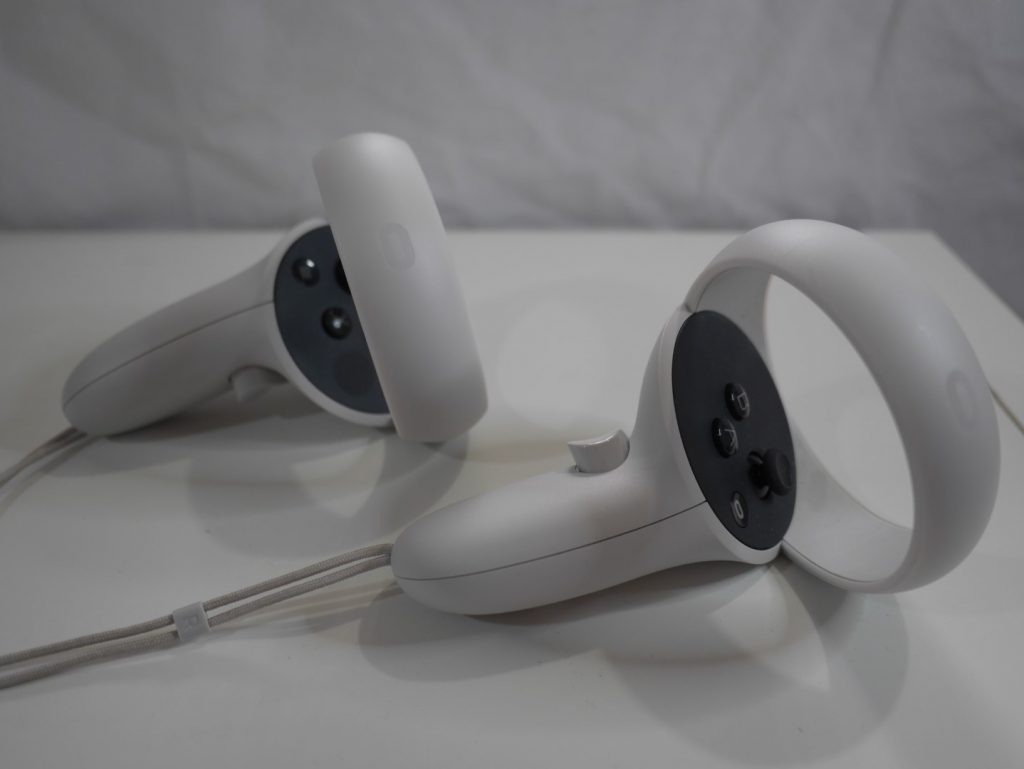 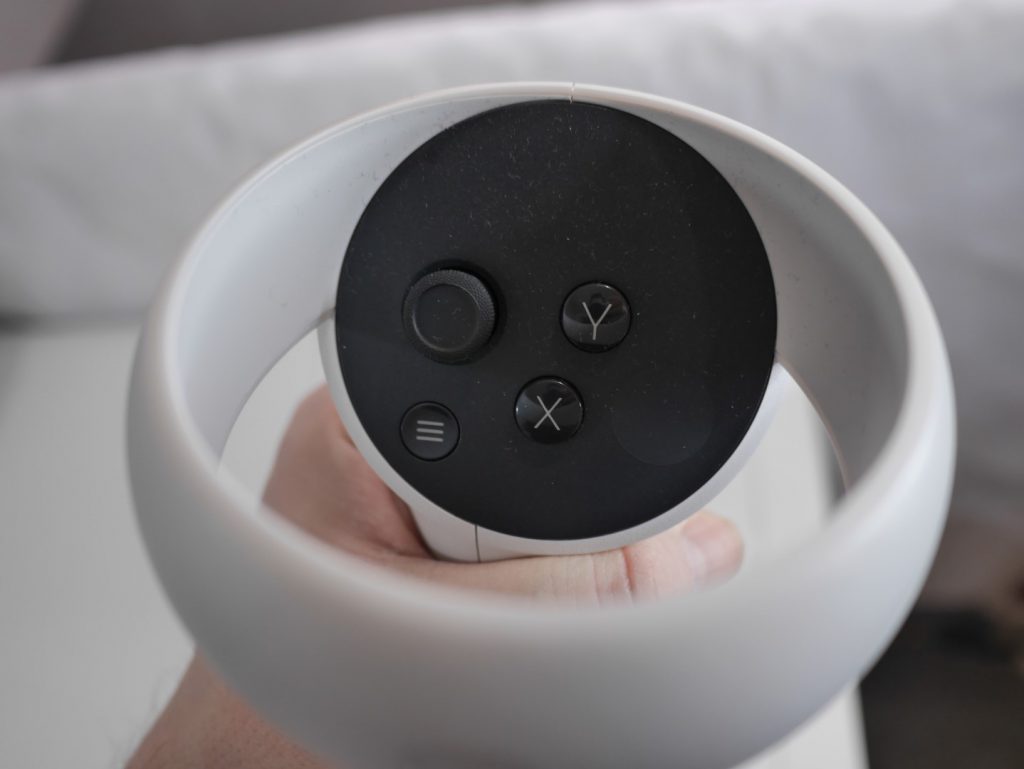 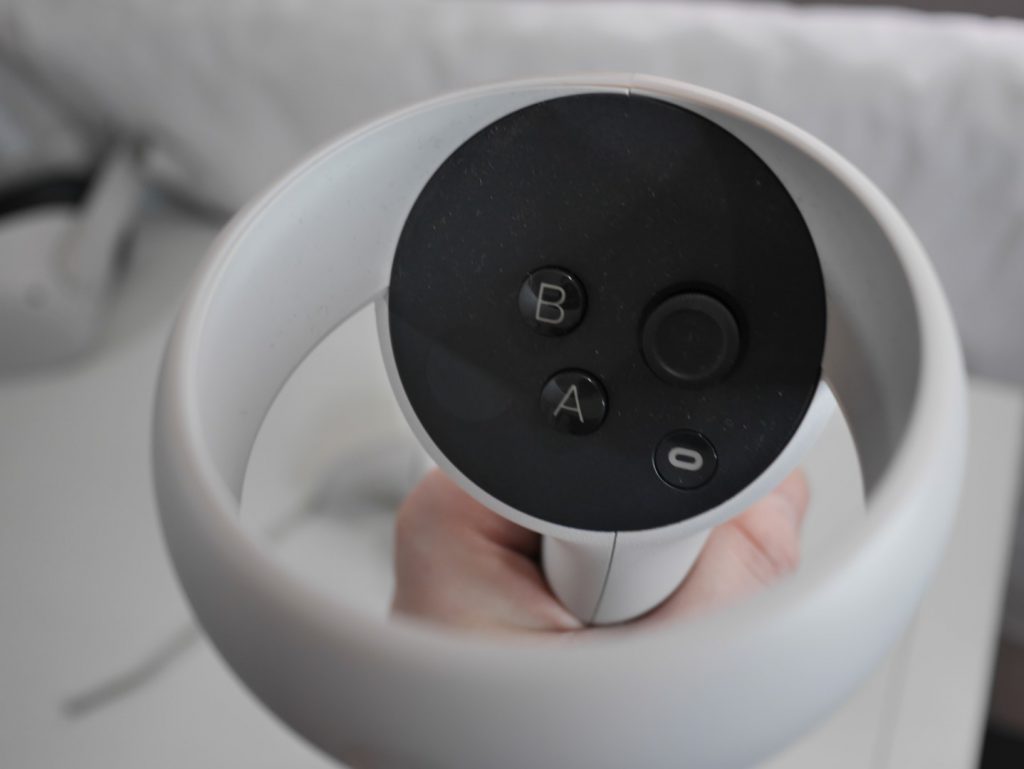 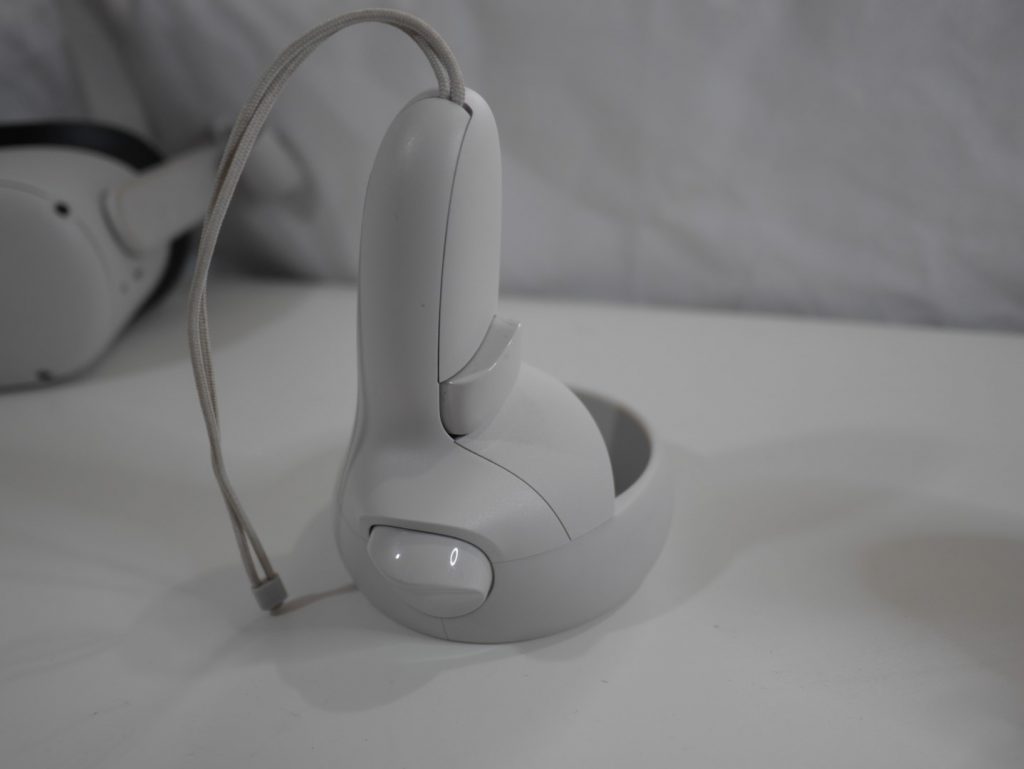