The Nintendo Switch Lite is a handheld game console by Nintendo. It was released in 2019, as a handheld-only version of the Nintendo Switch. It plays most of the same games as the original Nintendo Switch and comes in several colors.
The Switch Lite is a single, self-contained unit, integrating the various inputs and some features of the Joy-Con controller as part of the main unit’s hardware. A regular directional pad replaces the four directional buttons on the left side of the unit. The screen is smaller than the full-size Switch at 5.5 inches. The battery also has a slightly lower capacity, compared to the Switch’s. Despite the smaller battery, the unit has a longer expected playtime per charge compared to the original Switch model, estimated to last for 3–7 hours of gameplay compared to the 2.5–6.5 hours for the original Switch. This is due to the smaller screen size and the removal of certain power-consuming features such as HD Rumble and the IR camera that are included on regular Joy-Con controllers.
The Switch Lite normally only supports games that can be played in handheld mode, retaining features like the Switch’s gyroscopic sensors, Bluetooth, Wi-Fi, and NFC compatibility. Some tabletop games that require the HD Rumble or IR camera features, such as 1-2-Switch, require players to use separate Joy-Con controllers with the Switch Lite. The system does not support any docking or connectivity to a television and is thus incompatible with games that require television mode. Though not included with the system, the Switch Lite does support external controllers otherwise compatible with standard Switch models, such as standalone Joy-Con controllers, though they cannot be docked to the system. Some controllers, such as GameCube controllers, work with the system, but require extra adapters, as the normal GameCube to Switch adapter uses the USB ports on the full-size Switch’s dock. 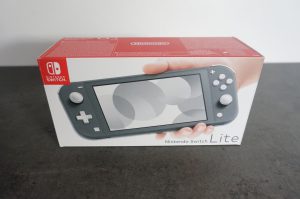 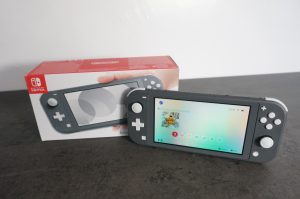 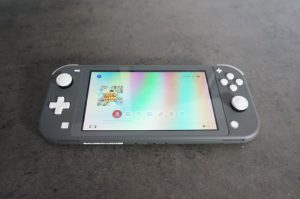 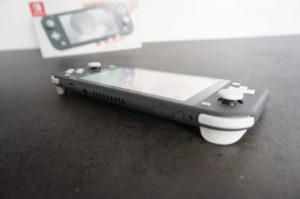 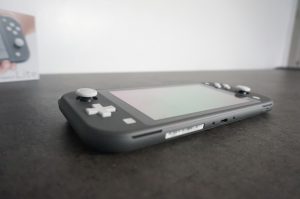 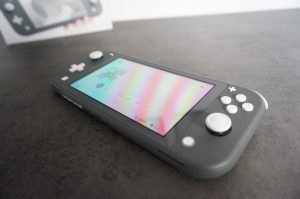 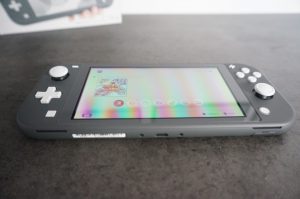 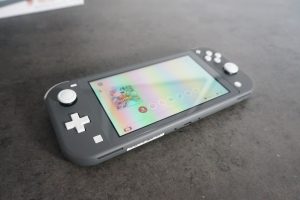