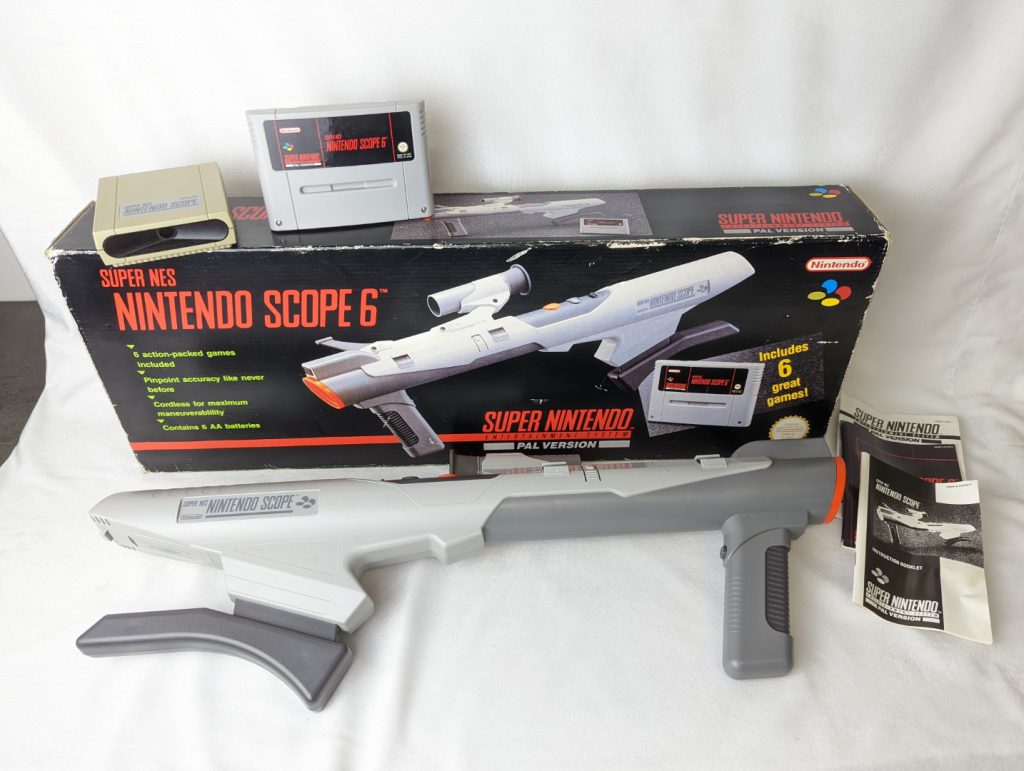 The Super Scope, known as the Nintendo Scope in Europe is a first party light gun peripheral for the Super Nintendo Entertainment System and was released in 1992.

The peripheral consists of two devices: the wireless light gun itself, called the Transmitter, and a Receiver that connects to the second controller port of the SNES console. The Transmitter has two action buttons, a pause button, a power switch and is powered by six AA batteries.

The Transmitter is a bazooka-shaped device, just under 2 feet long. Located about midway on top of the barrel are two buttons, the orange “Fire” button and the grey “Pause” button, and a switch used to turn the Super Scope off or select regular or turbo fire. In the middle on either side are two clips for attaching the sight. On the far end of the gun, on the bottom, is a six-inch grip with another button labeled “Cursor”.

The Super Scope depends on the short persistence and scan pattern of CRT pixels, and as such it will not function with modern displays (such as plasma screens or LCDs) that continuously light each pixel.

Along with Super Scope 6 game, which was bundled with the peripheral, the Super Scope is compatible with eleven additional games

The Super Scope didn’t really live up to its potential or match the impressiveness of its imposing design. 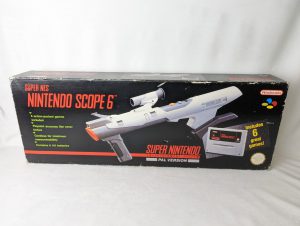 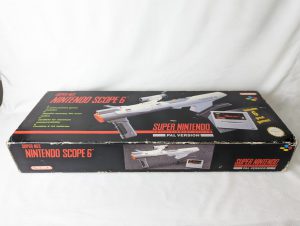 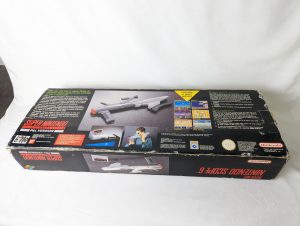 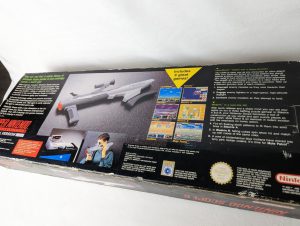 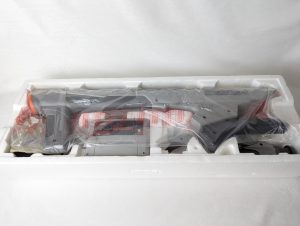 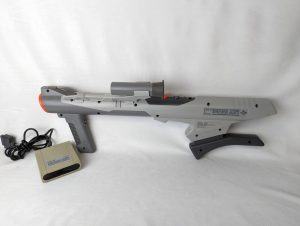 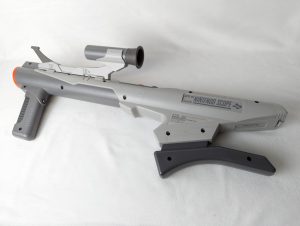 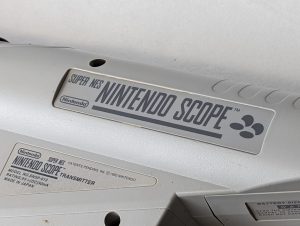 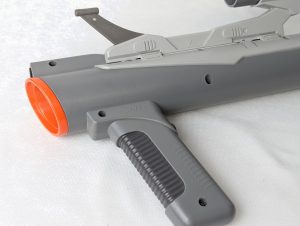 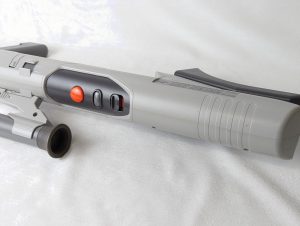 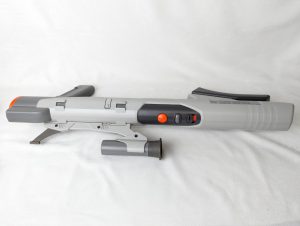 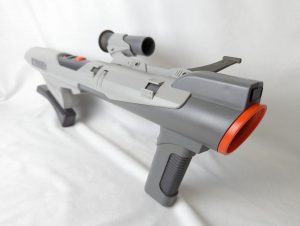 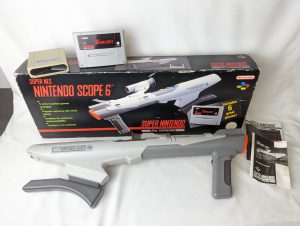