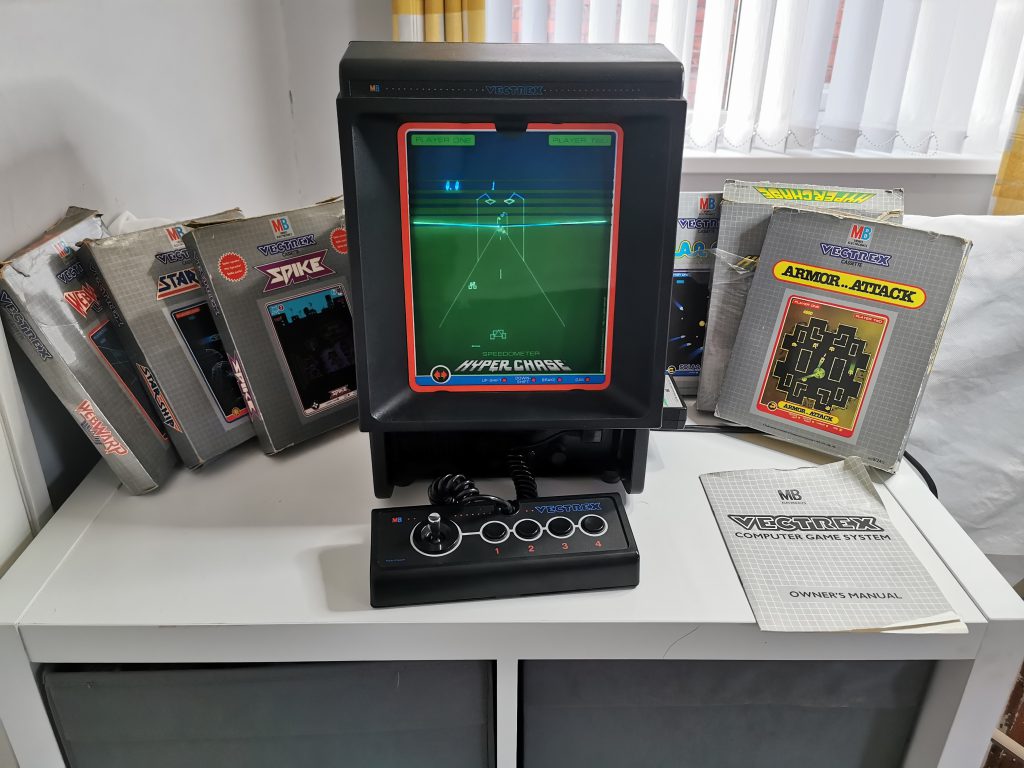 The Vectrex is a vector display-based home video game console. It was first released in North America in November 1982 and then Europe and Japan in 1983. Originally manufactured by General Consumer Electronics, it was later licensed to Milton Bradley after they acquired the company.Strong initial sales caused General Consumer Electronics to be acquired by Milton Bradley. The Vectrex was a victim of the video game crash of 1983, and was discontinued shortly after Milton Bradley’s acquisition by Hasbro.
Over its lifetime, it had cost Milton Bradley tens of millions of dollars.

The Vectrex, stood out amongst all the other video-game systems available at the time, as it did not need to be hooked up to a television set as it provided its own built-in display. The Vectrex housed an integrated monochrome CRT monitor, a Samsung 240RB40 monochrome unit measuring 9 × 11 inches, displaying 240 mm diagonal picture.
The display was hidden about three inches deep in an arcade-like, black case. The player immediately thought himself in his own arcade.
Also unique at the time, was the controller of the Vectrex. A detachable wired control pad was mounted to, and could be folded into, the lower base of the console. When folded out from the case, the controller turned out to have enormous proportions: it measured 8 x 3 inches, with four buttons and a self-centring joystick.

The Vectrex was highly praised for its software library, unique graphical capabilities and built-in monitor; several publications lauded it as one of the best home consoles available at the time. There were only 28 official games released for the Vectrex in it’s short life span, which ultimately saw it’s demise. Nevertheless, the homebrew scene associated with the Vectrex is one of the most booming genres, with a number of games released every year

In order to enhance the display visuals of the Vectrex, every commercially released game included its own unique translucent plastic screen overlay that accompanied the cartridge. Four tabs on the Vectrex console securely held them in place in front of the display. Made up of one to three colours for the play field area, these overlays provide the illusion of simple colour graphics (on an otherwise black and white screen), helped reduced glare, flicker and gave the appearance of a flat screen. In addition to players’ score areas, some overlays also contained additional artwork and patterns, to add to the game’s play field. Across the bottom of each overlay are game-specific joystick and button functions as a guide for the player. Each overlay also displayed the title and logo of each game, along with a coloured border or design, to add cosmetic flair to the Vectrex (much like an arcade machine with its marquee or side art).

Early units have a very audible “buzzing” from the built-in speaker that reacts to the graphics generated on screen. This is due to improper production grounding of signal lines of the low-level audio circuitry, and was eventually resolved in later production models. Because of this consoles rather cult following, this idiosyncrasy has become a familiar characteristic of the machine.

A number of peripherals were produced for the Vectrex in it’s short life span, such as a pair of 3D goggles known as the “3D Imager” and a “light-pen” that allowed the player to draw directly on the screen. 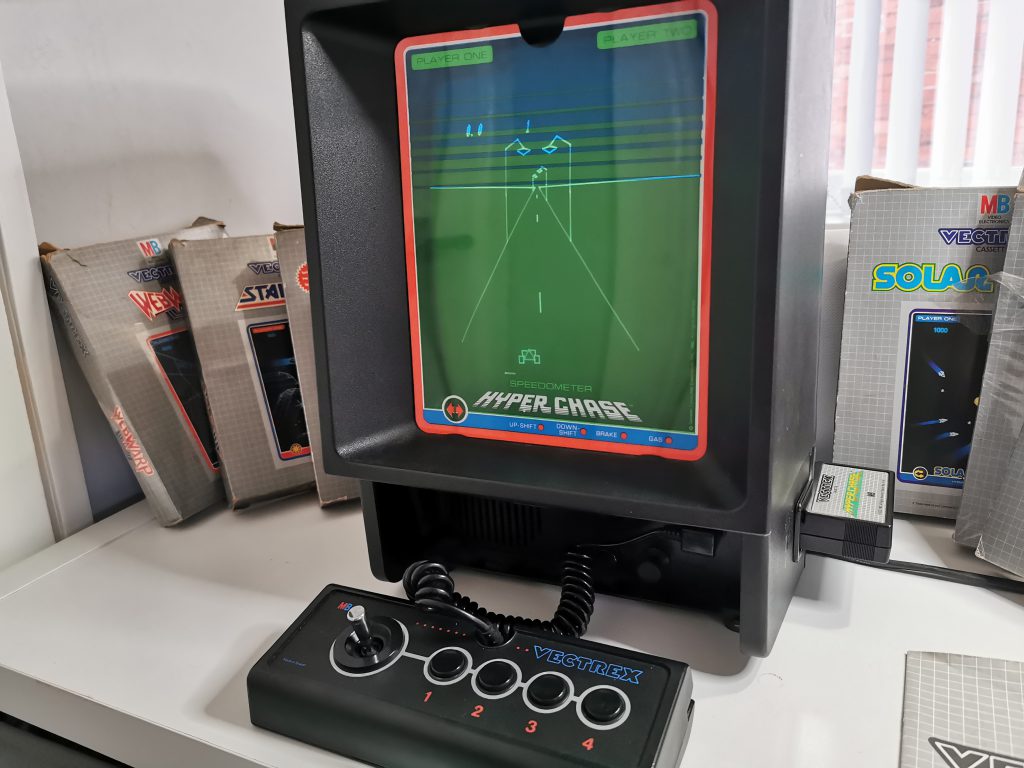 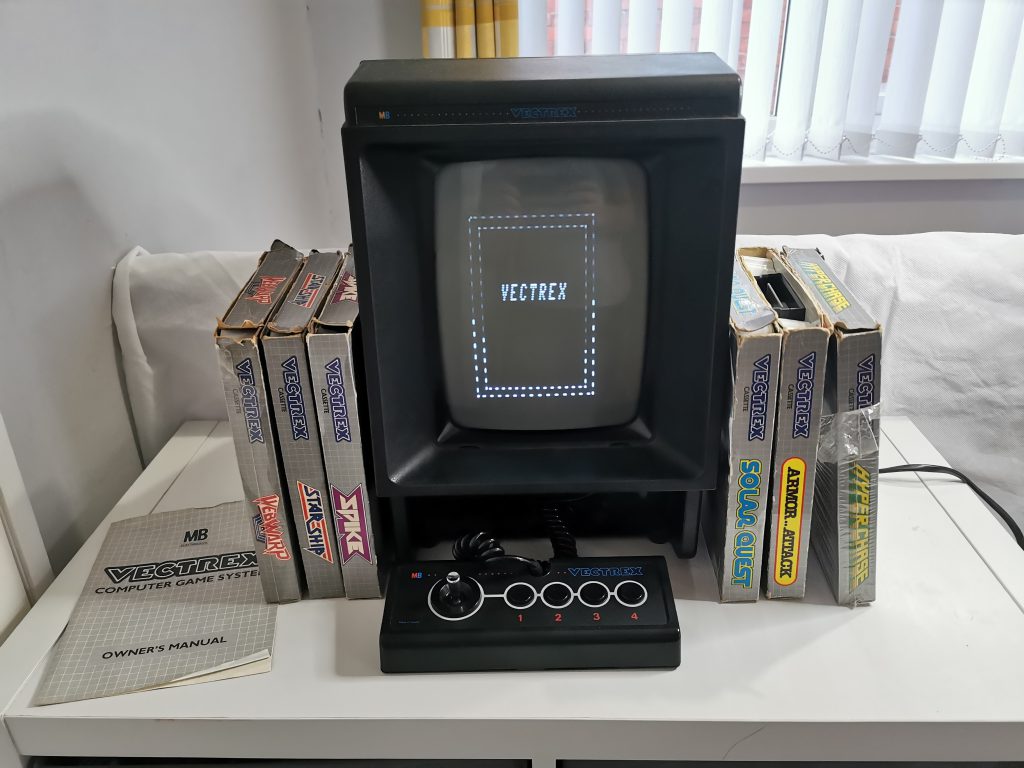 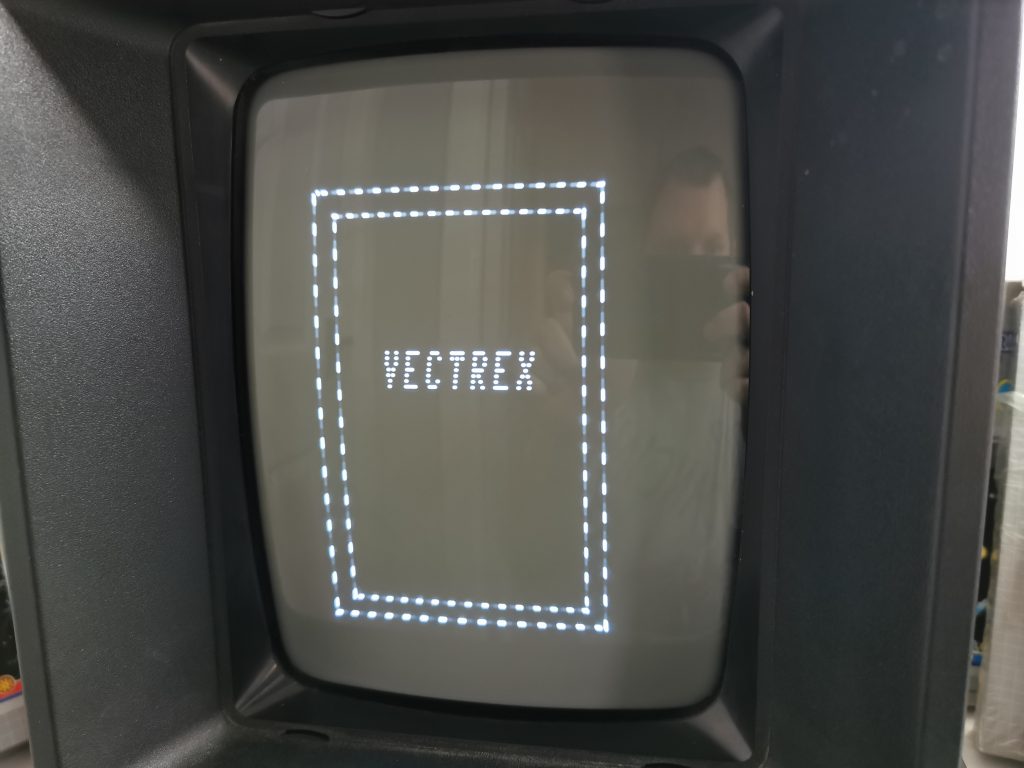 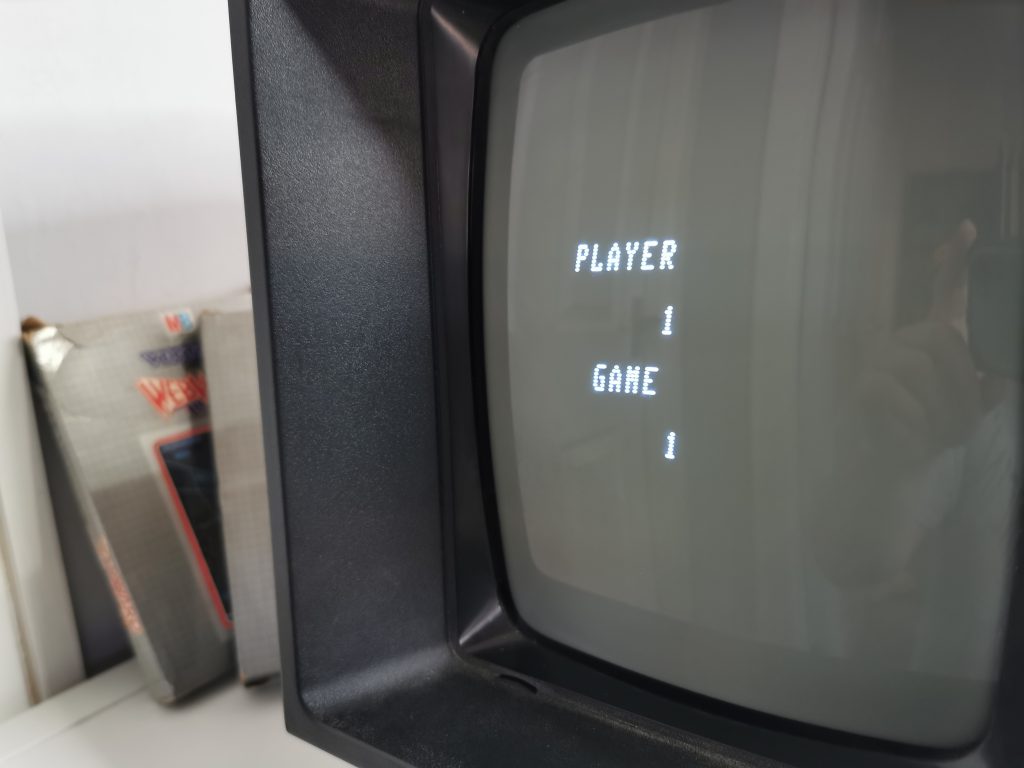 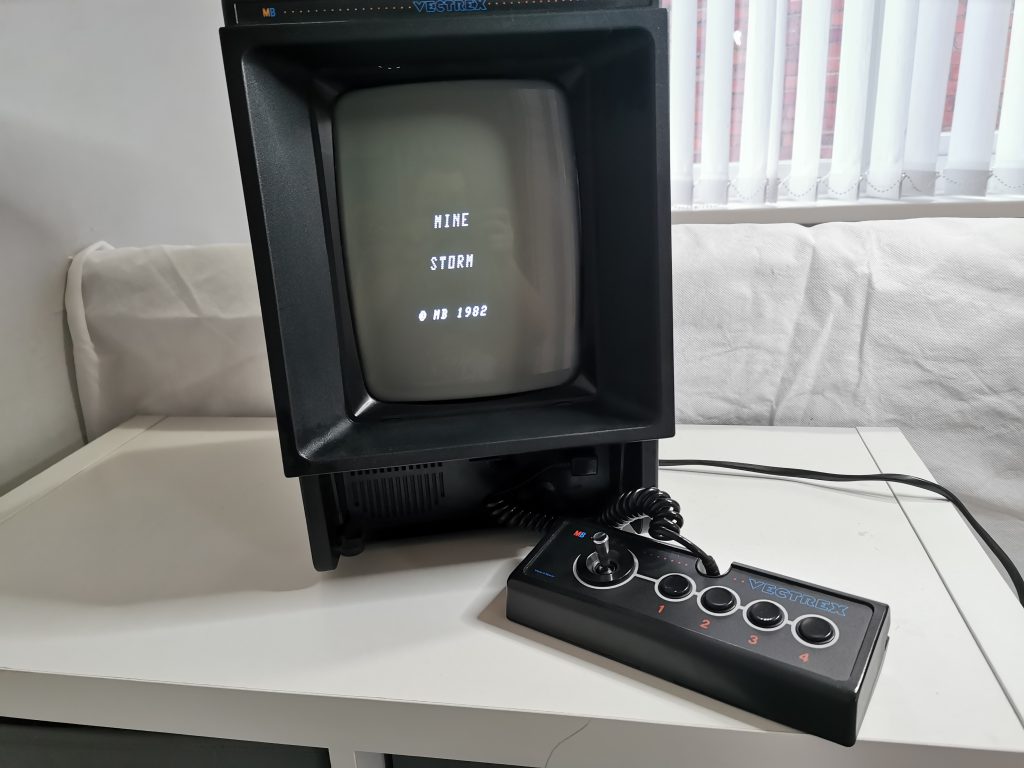 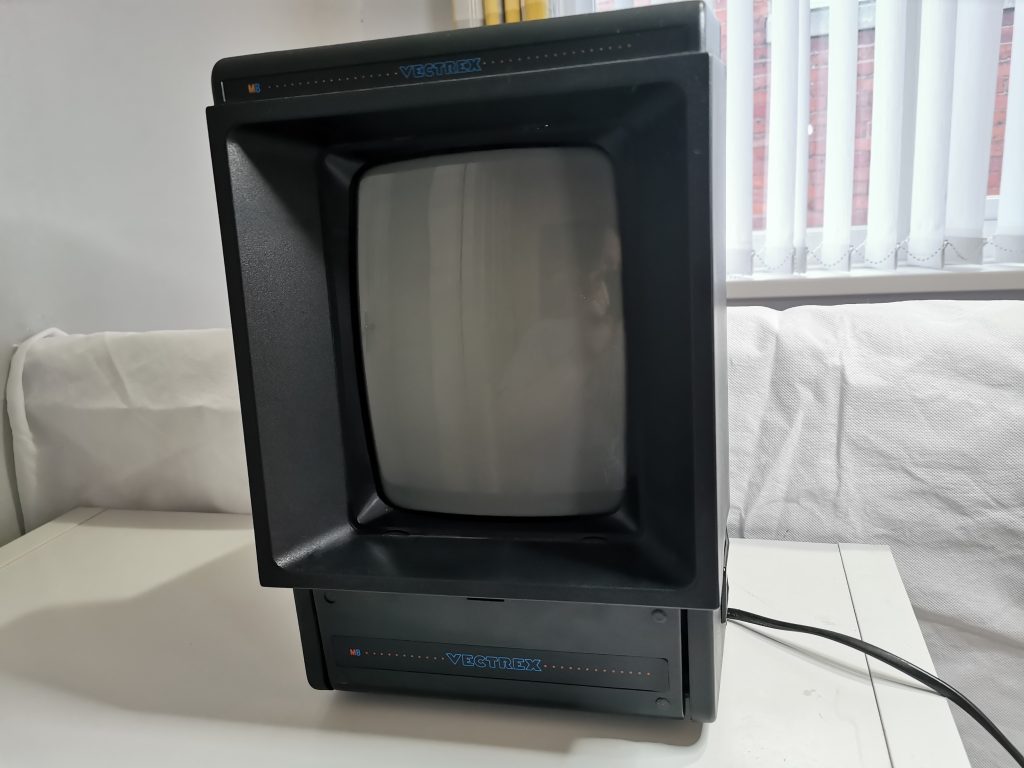 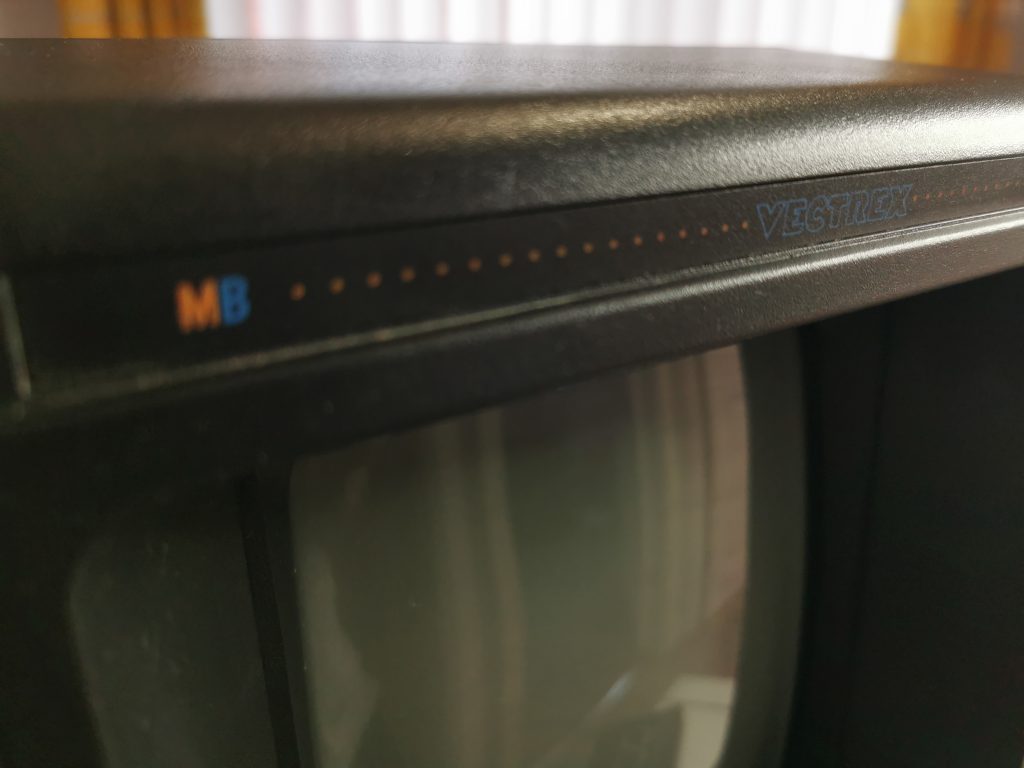 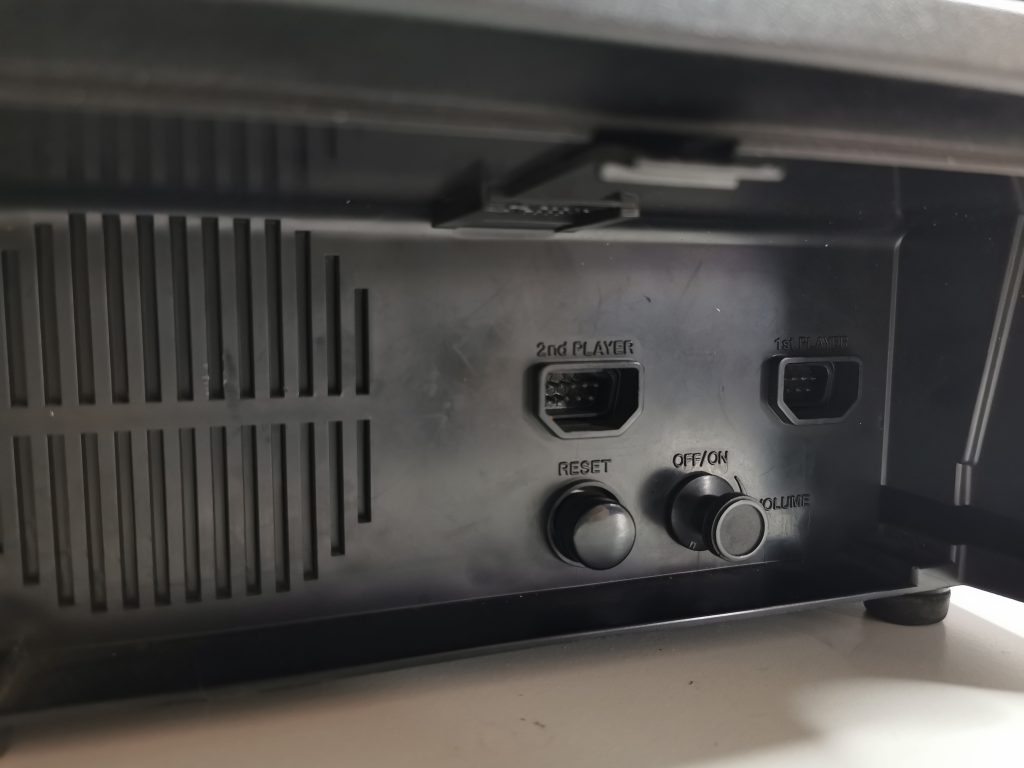 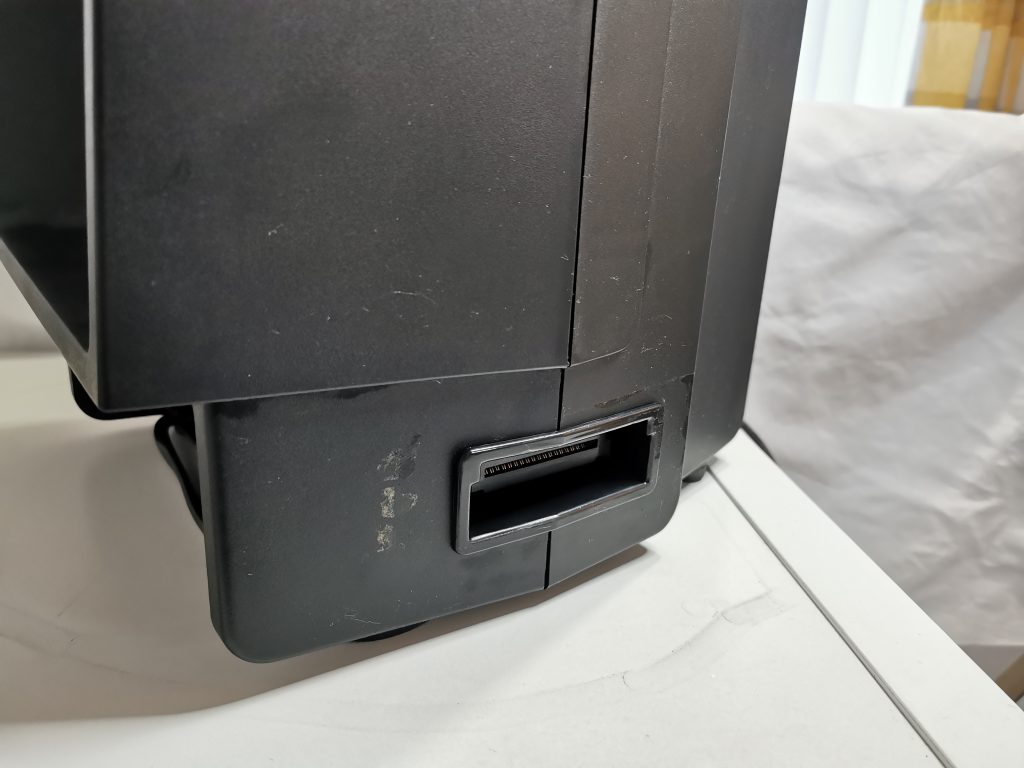 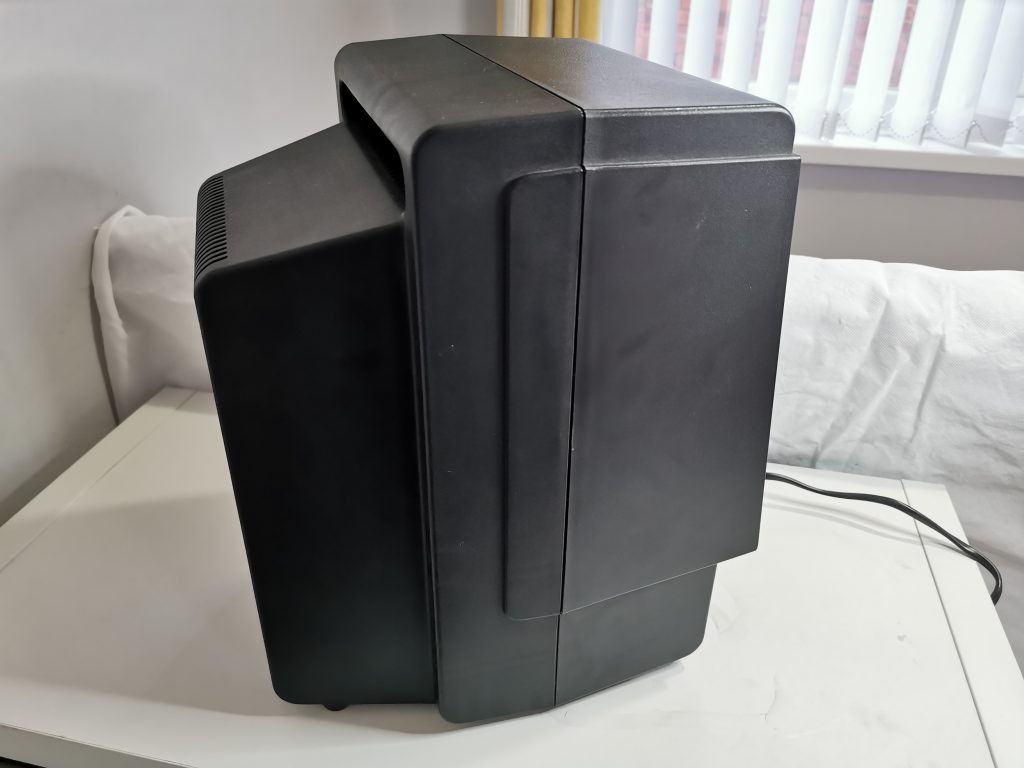 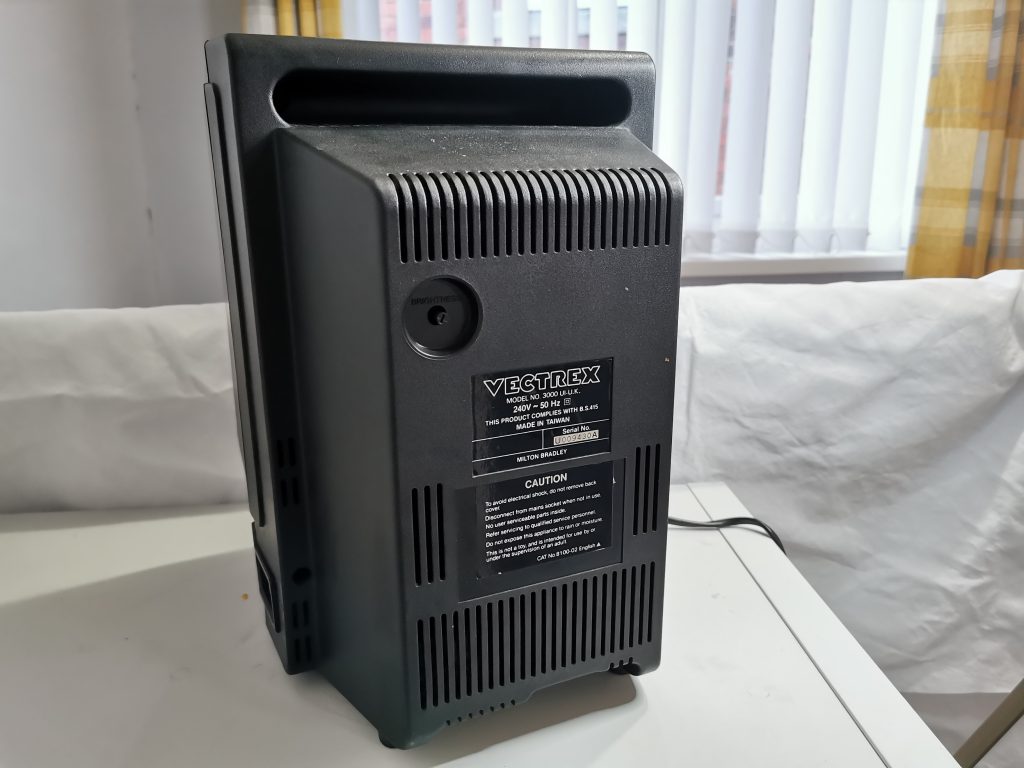 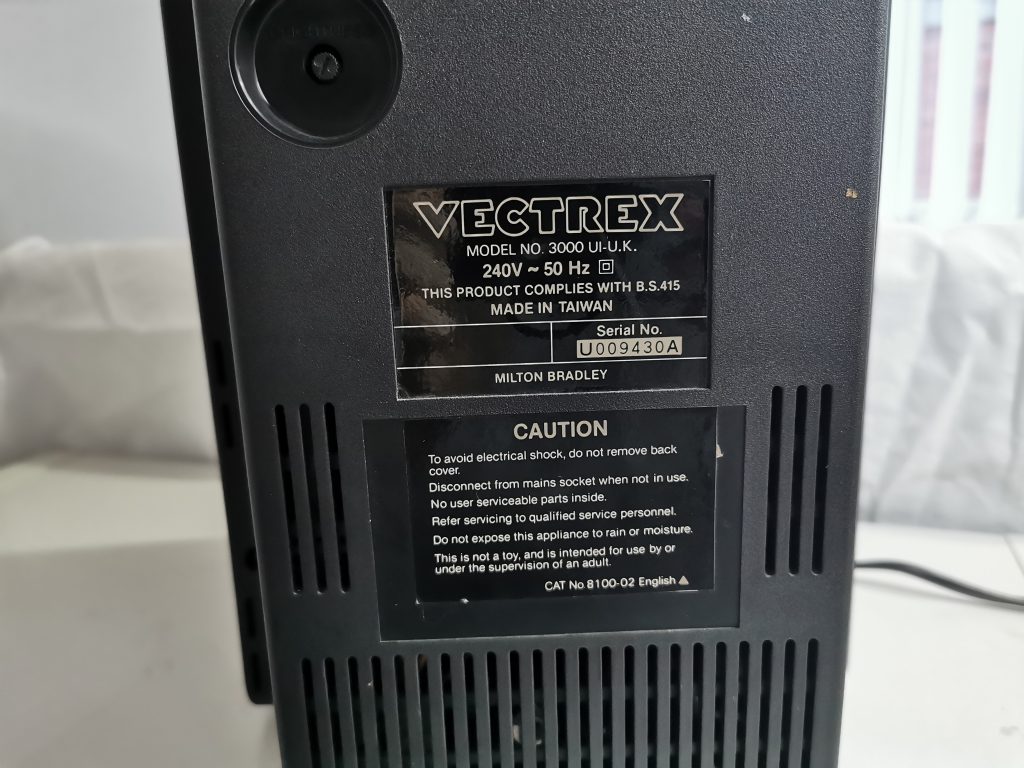 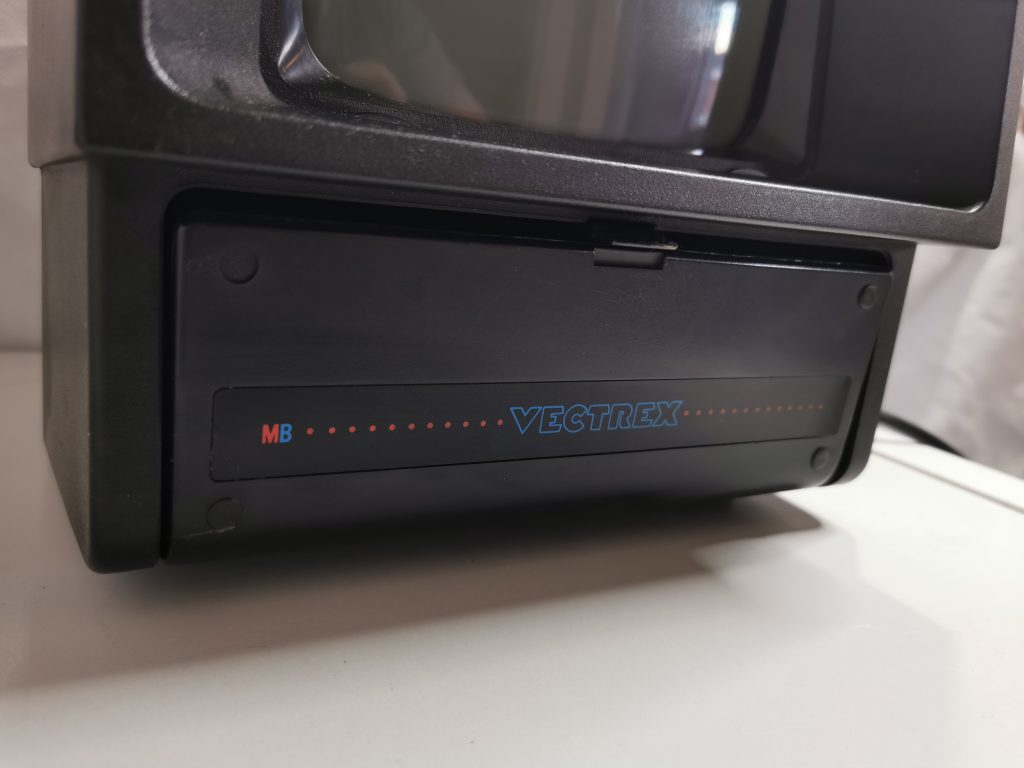 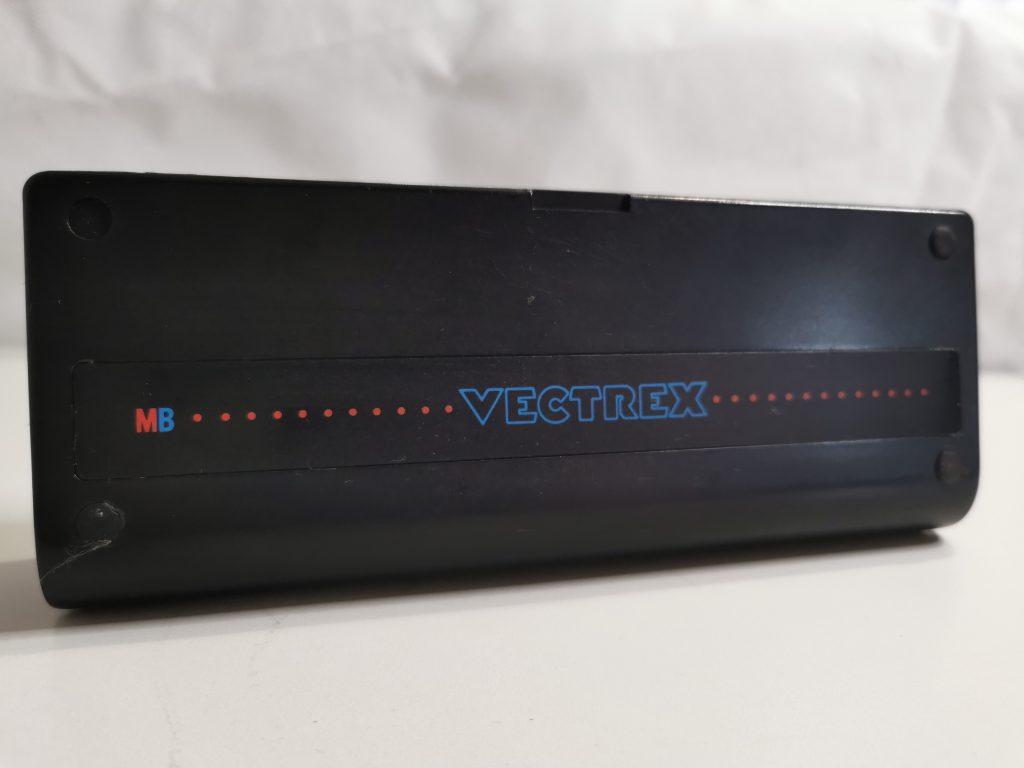 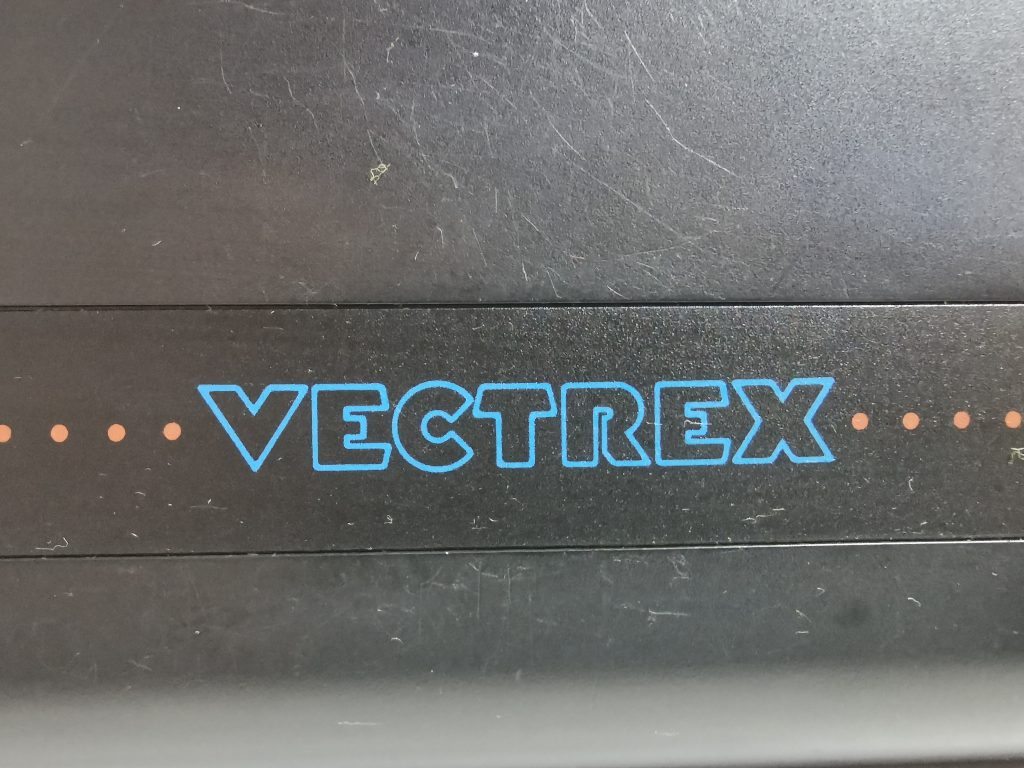 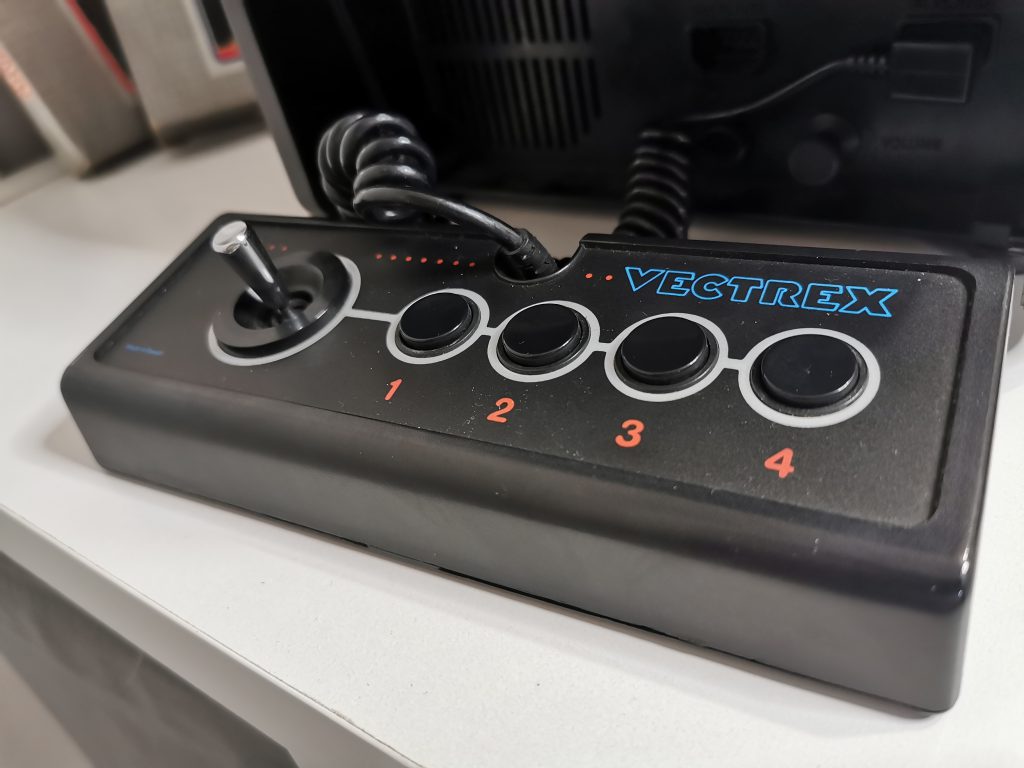 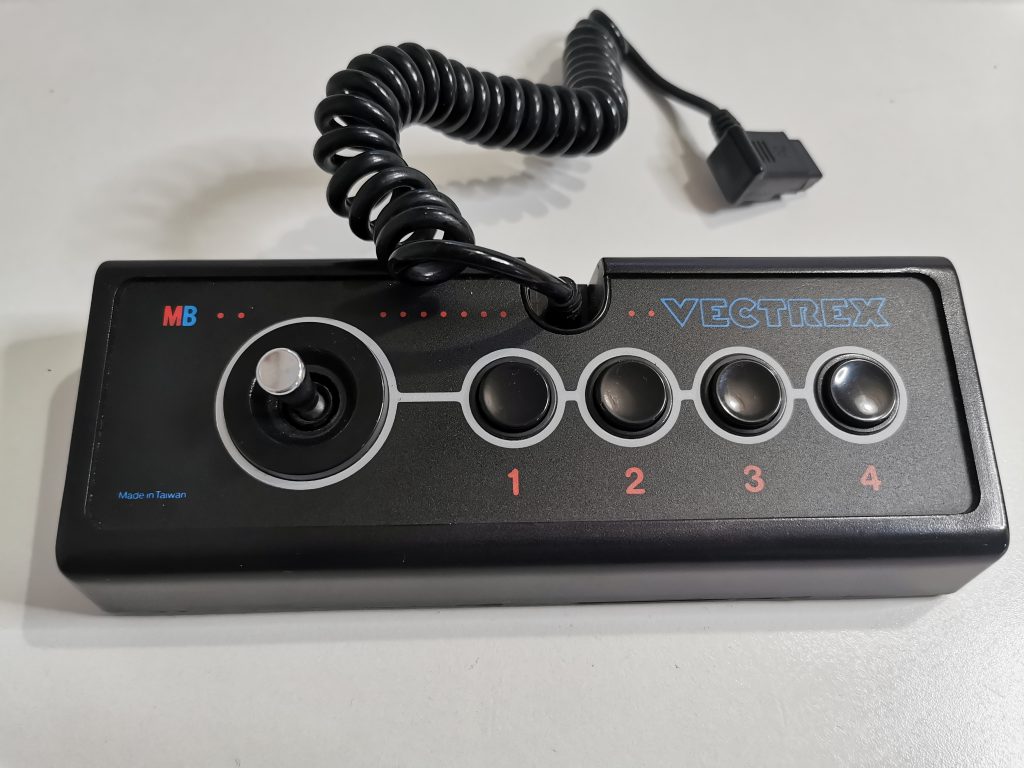 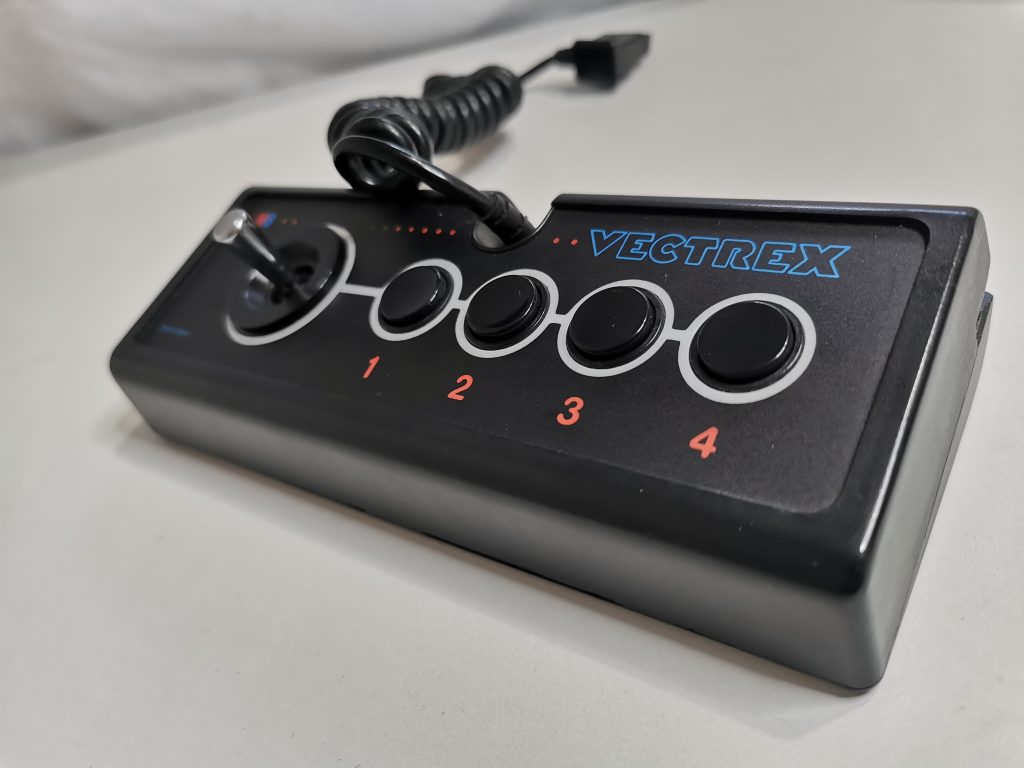 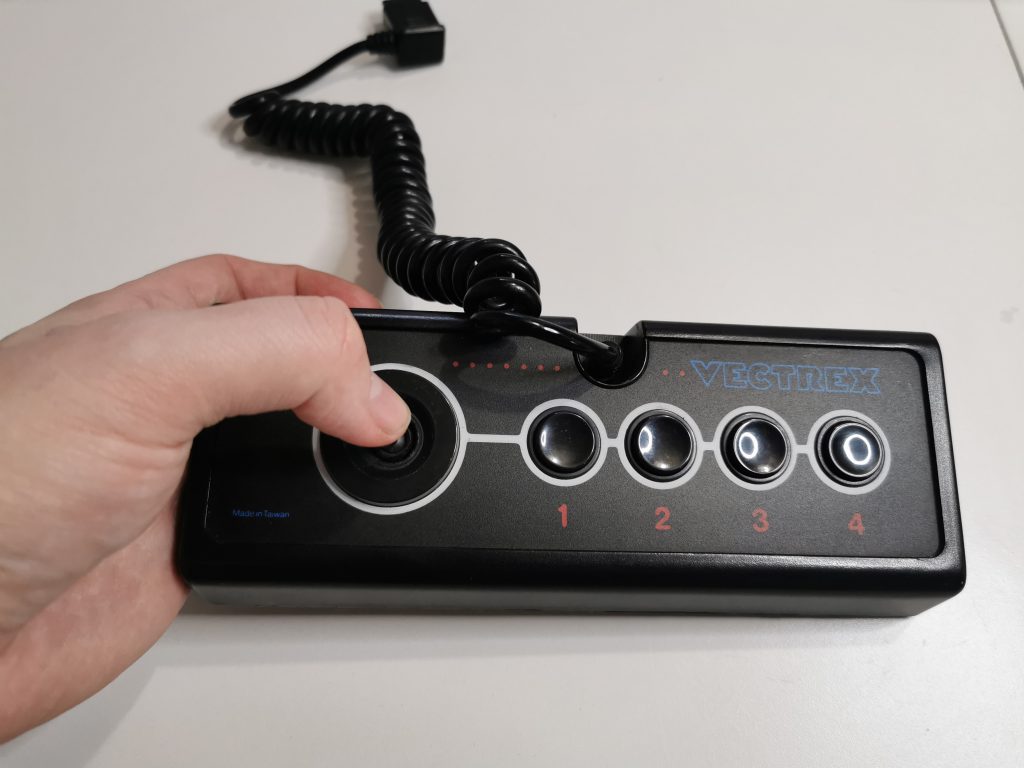 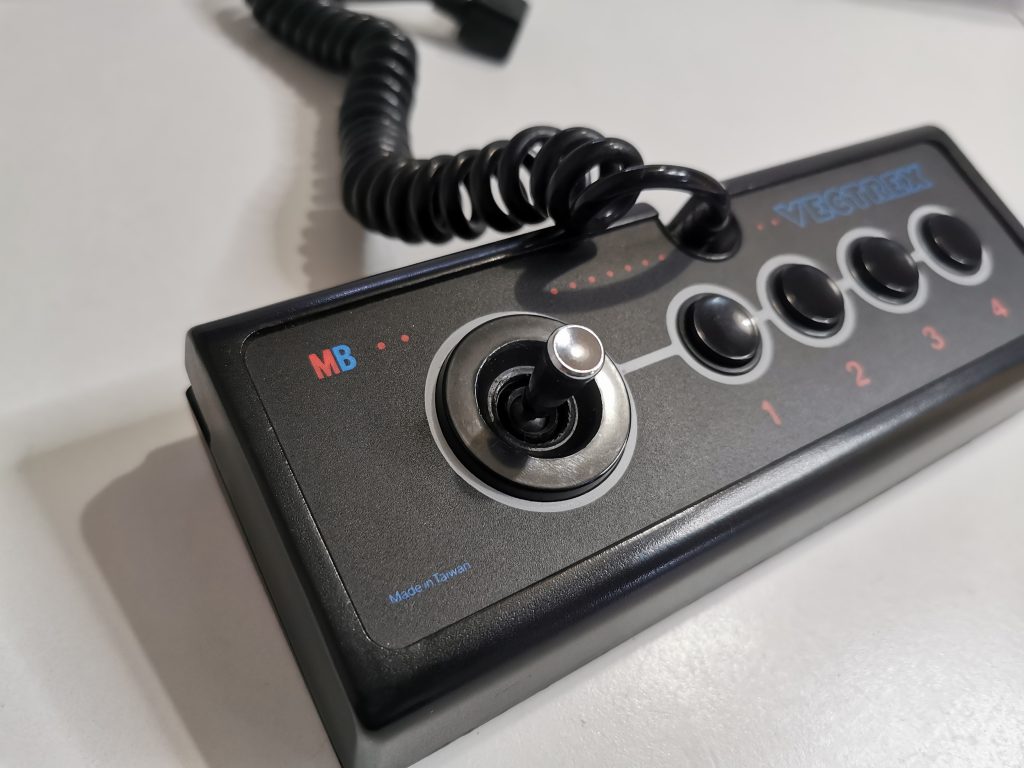 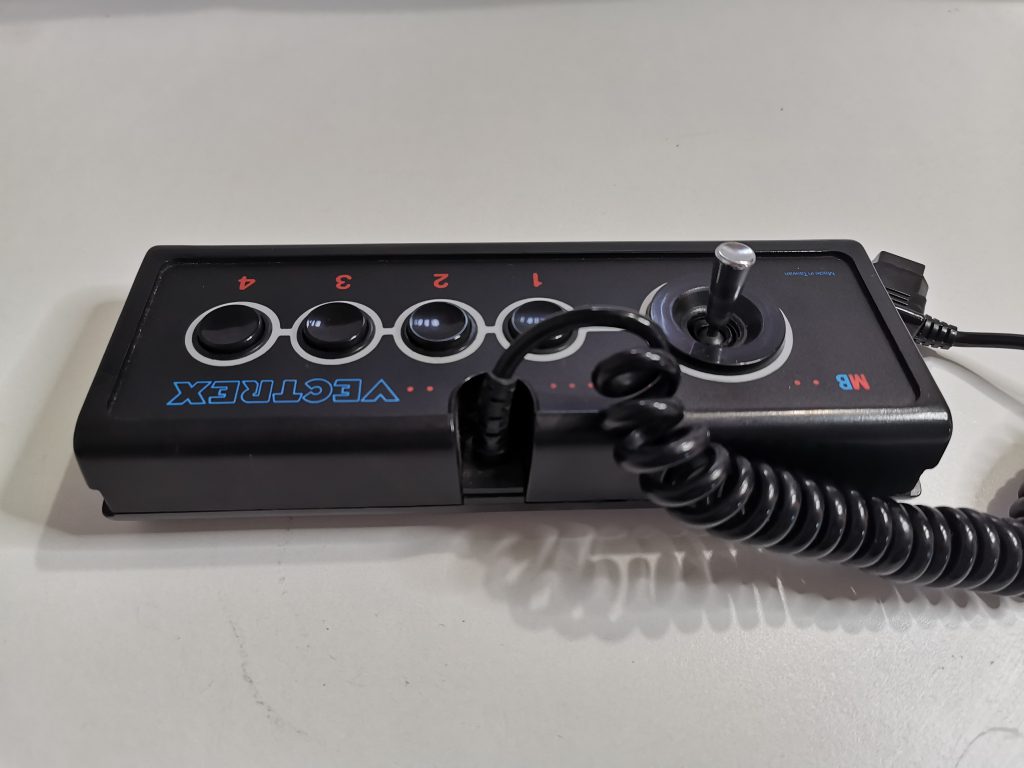 Here it is, my Holy Grail item. When I started out on this long road of being a games console collector, the Vectrex was one of the very few consoles that I just had to have, so when the opportunity came up, I just had to pounce.
They say you shouldn’t meet your heroes, because they may not live up to your expectations when you encounter them in real life. But that is certainly wrong in this instance, it was love at first sight. This console is amazing, pictures just do not do it justice. It’s certainly very difficult to describe why I love the Vectrex, but it just gives me a feeling that no other console in my collection does. The Vectrex just oozes cool.

Now onto the bad news. In order for me to get this console for cheap there had to be something wrong with it, and their was. Button 4 on the controller doesn’t work. I am going to see if I can repair it myself and hope it’s an easy fix. If not, Vectrex controllers go for £100 upwards on eBay so I will have to get one, but I hope it’s just a case of a new solder joint or something that is relatively easy to sort.