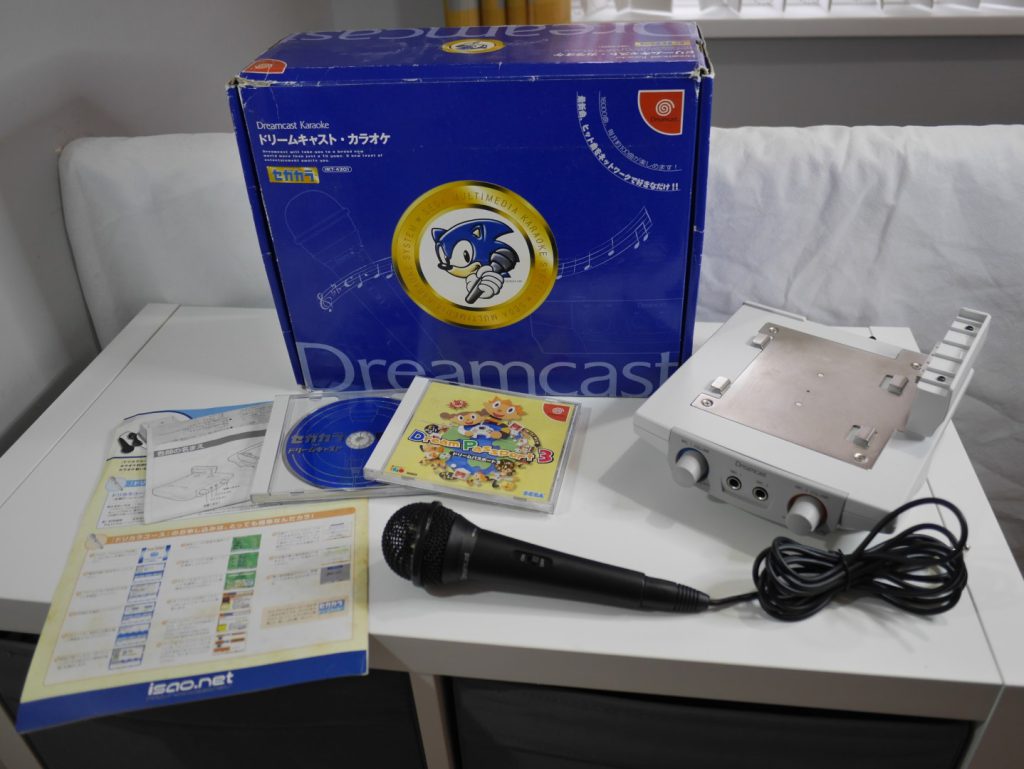 This is a karaoke peripheral for the Sega Dreamcast, only sold in Japan. Though to the western world it seems like an odd attachment for a games console, karaoke is hugely popular in Japan, with many of the major consoles supporting karaoke adapters.

The karaoke unit sits below the Dreamcast system and links up via the expansion port (which is usually occupied by the Dreamcast Modem). As well as this, the power and video outputs need to be linked between the unit and the Dreamcast console. The karaoke unit has an expansion port of its own, allowing the setup to be expanded even further if needed. The Dreamcast Karaoke interfaces with Sega Kara (bundled with the unit), and at one point allowed the user to download songs from the internet. As the servers have since been taken offline, this is no longer an option.

The device supports up to two microphones, each with its own volume control. Other than having Dreamcast branding, the microphones are similar in nature to normal ones, and so can be used in other karaoke devices if required. 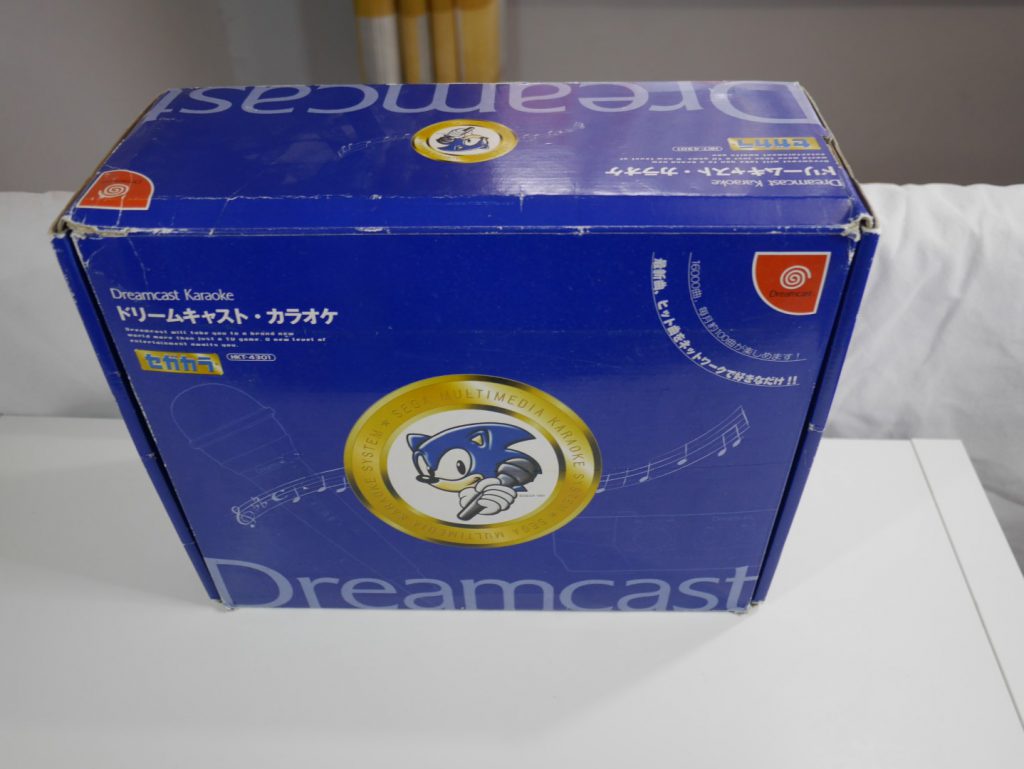 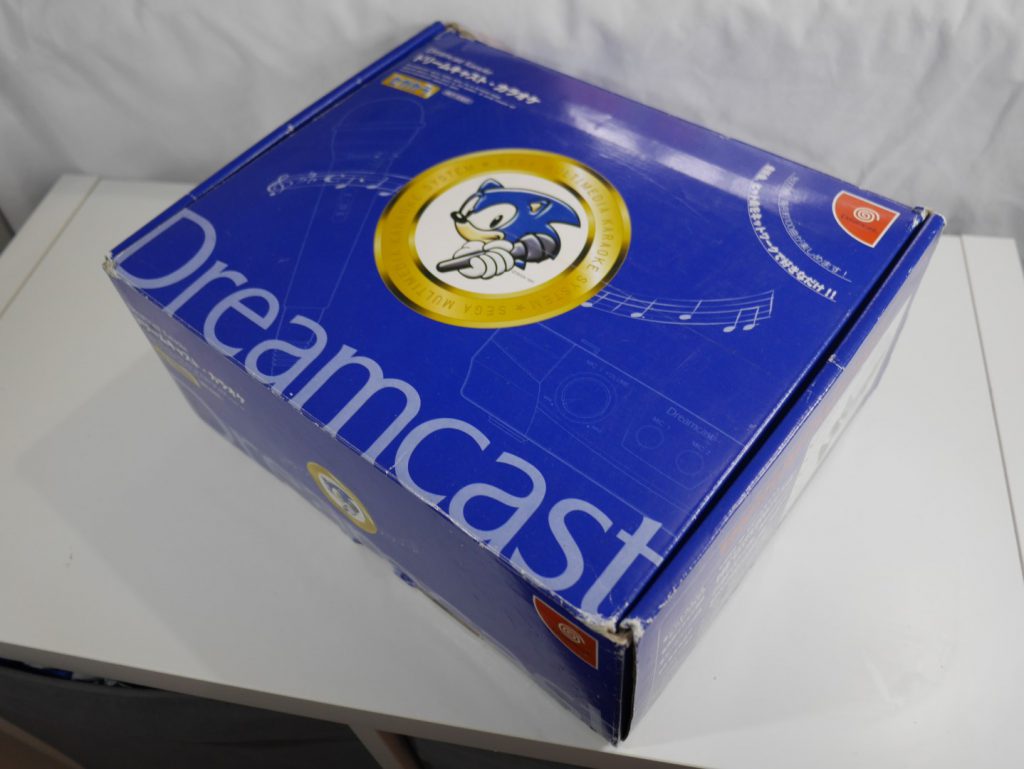 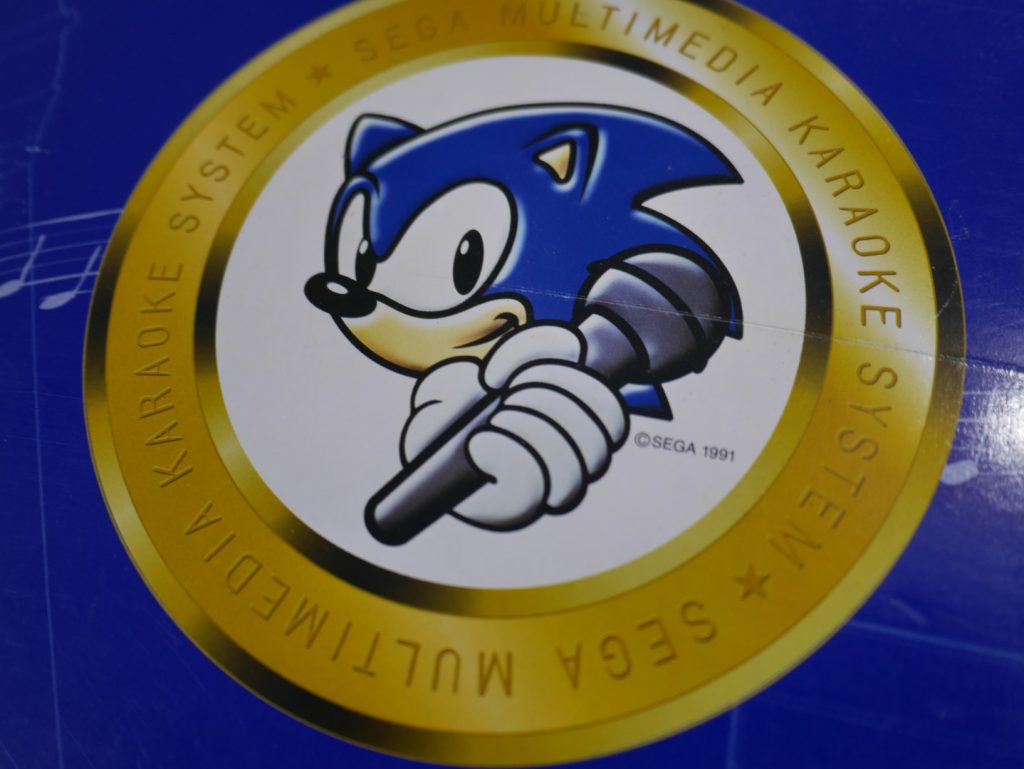 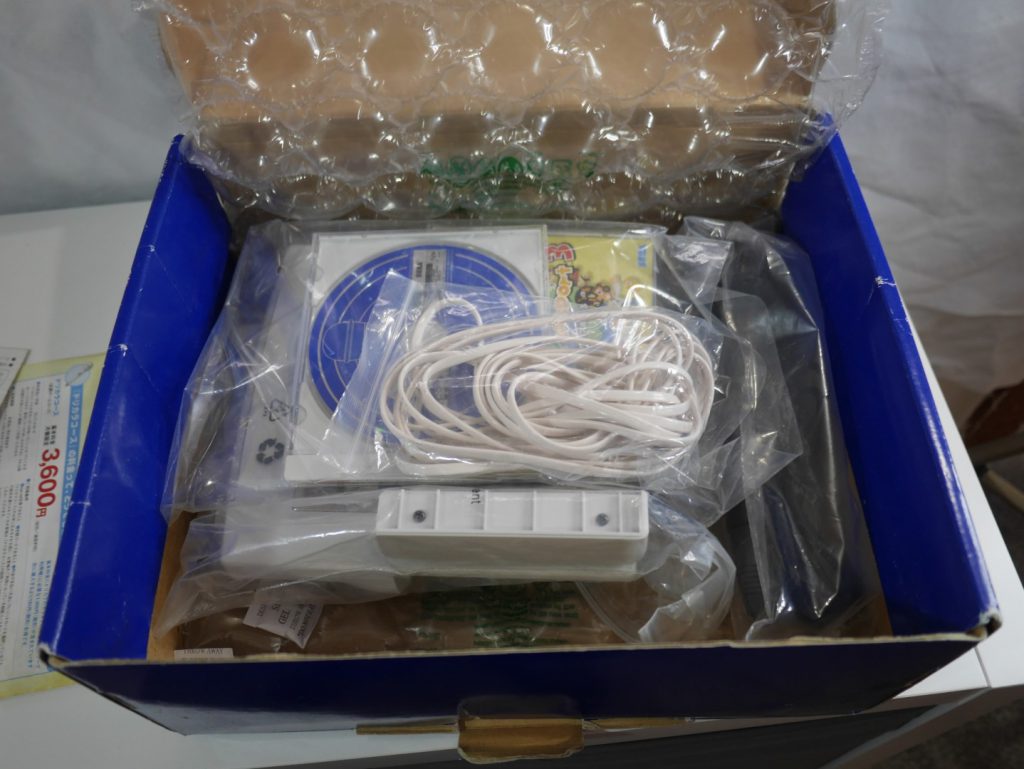 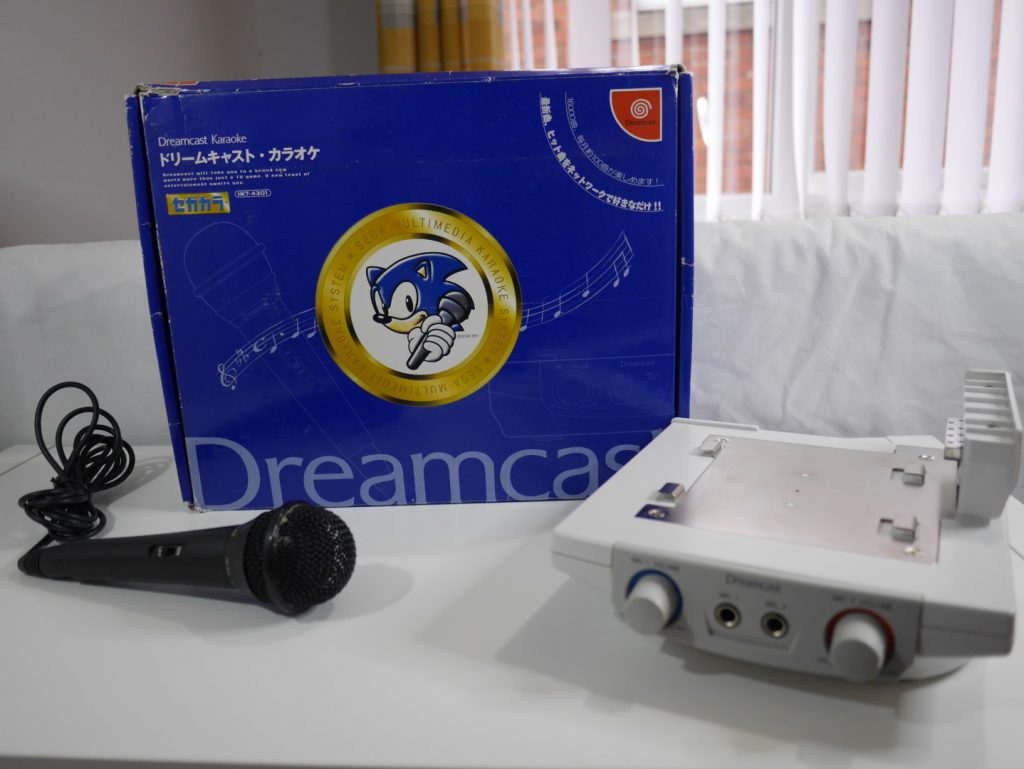 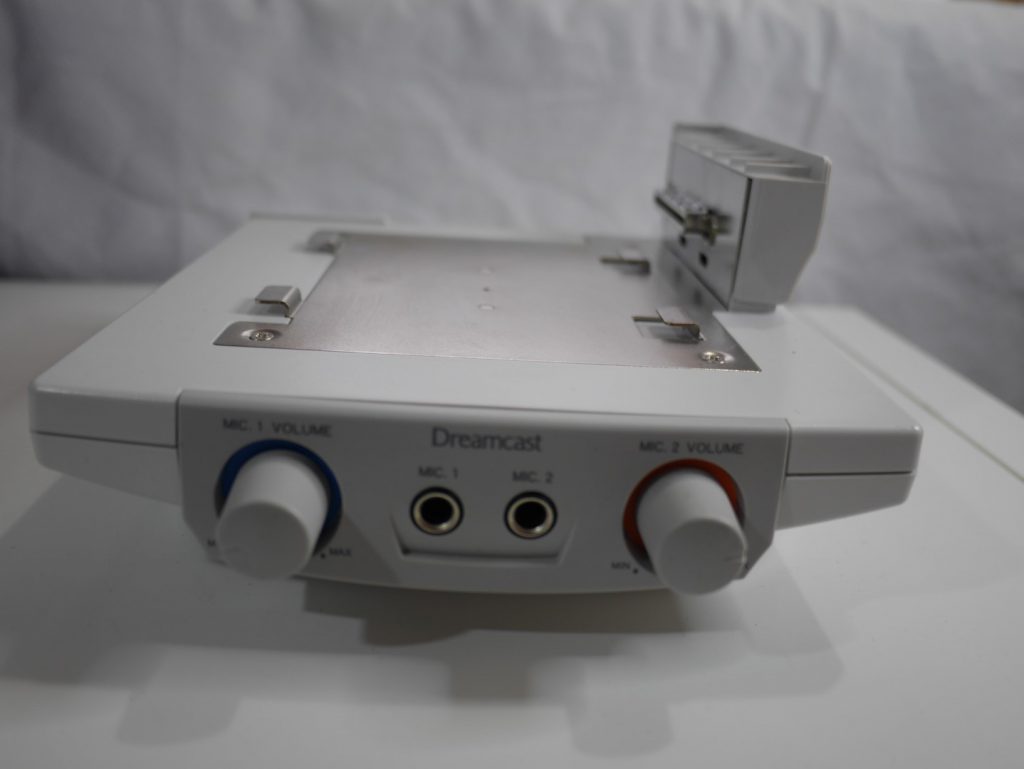 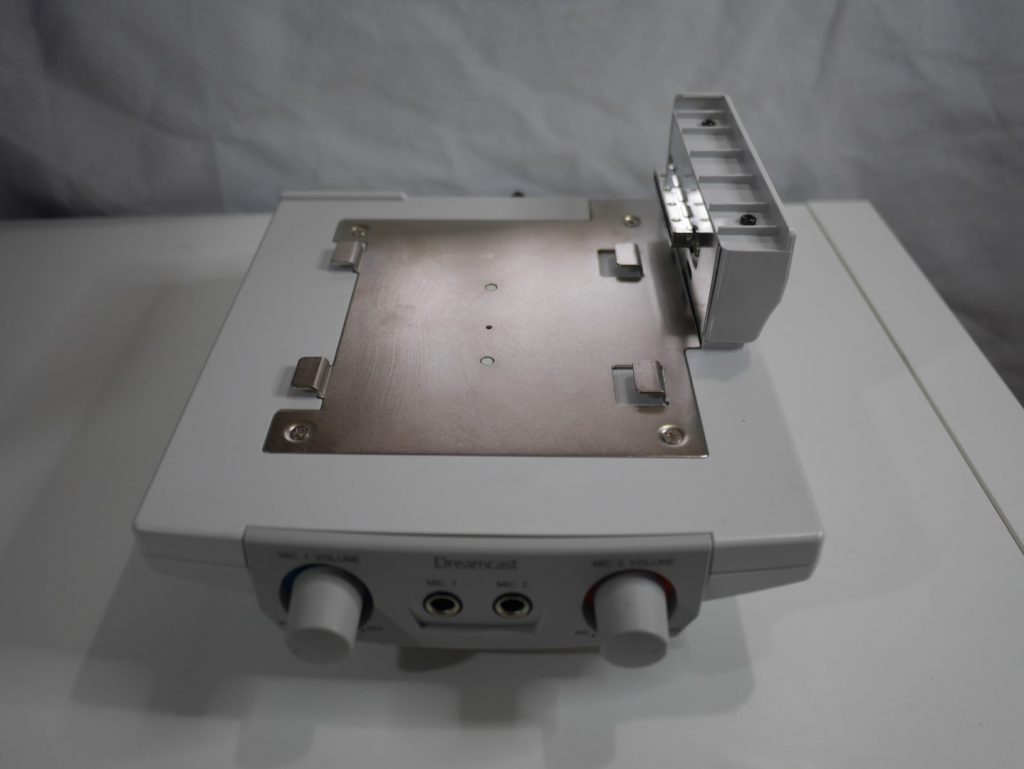 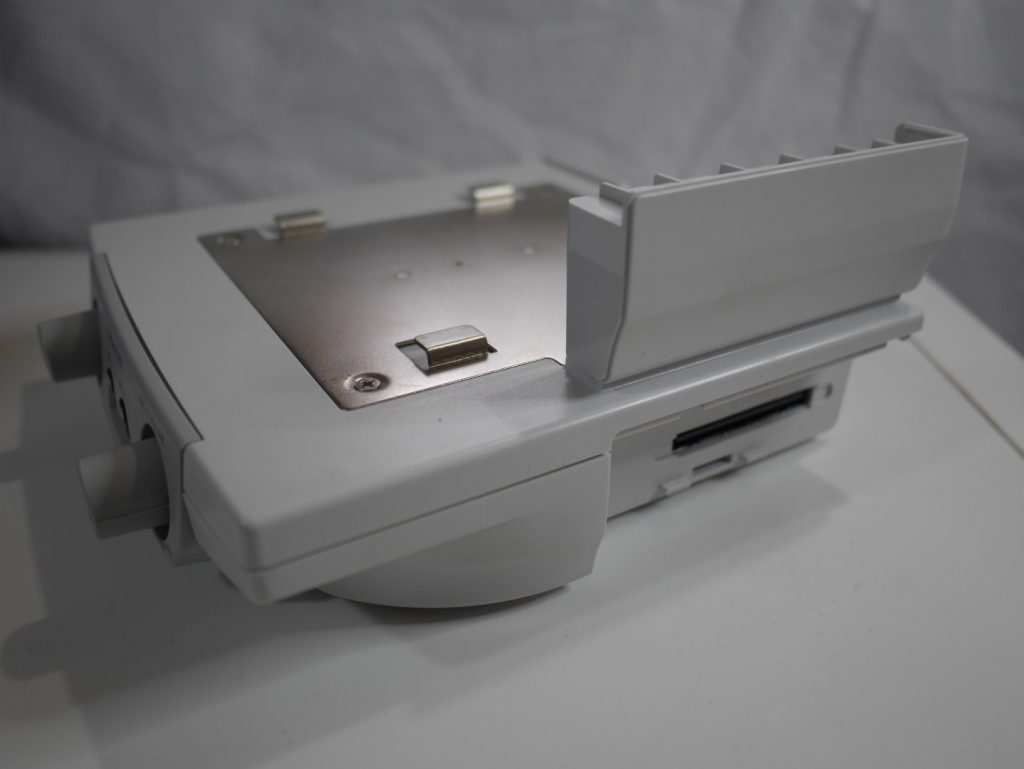 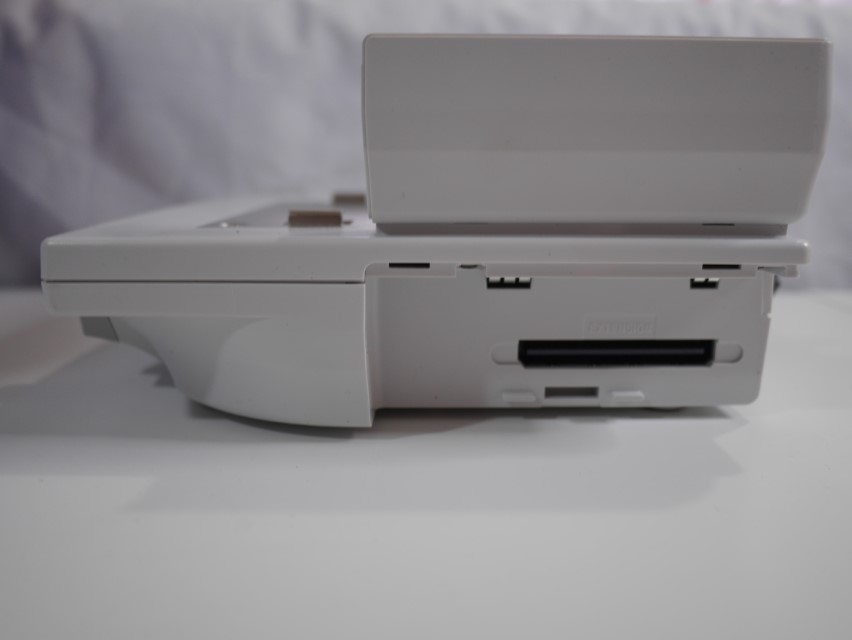 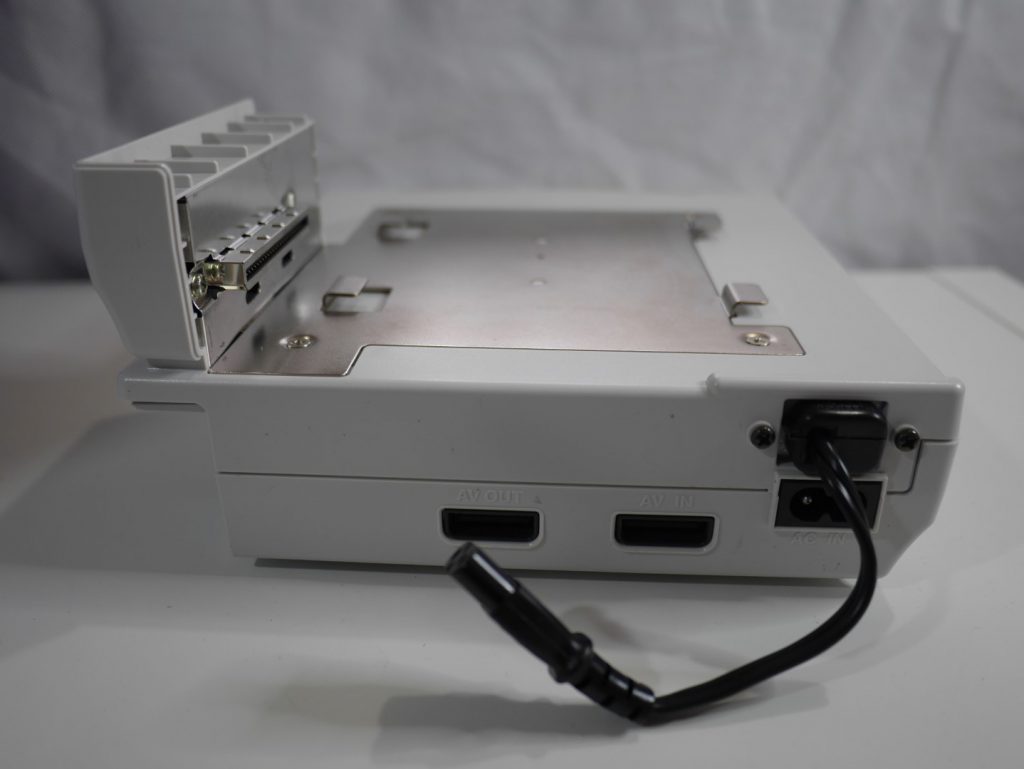 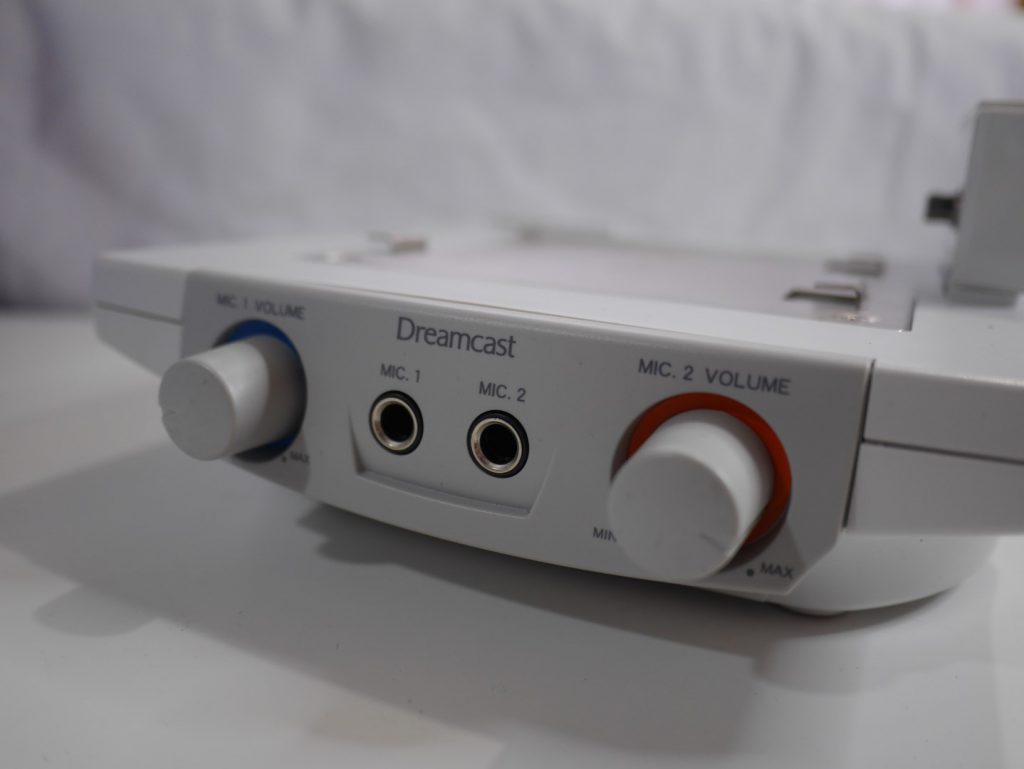 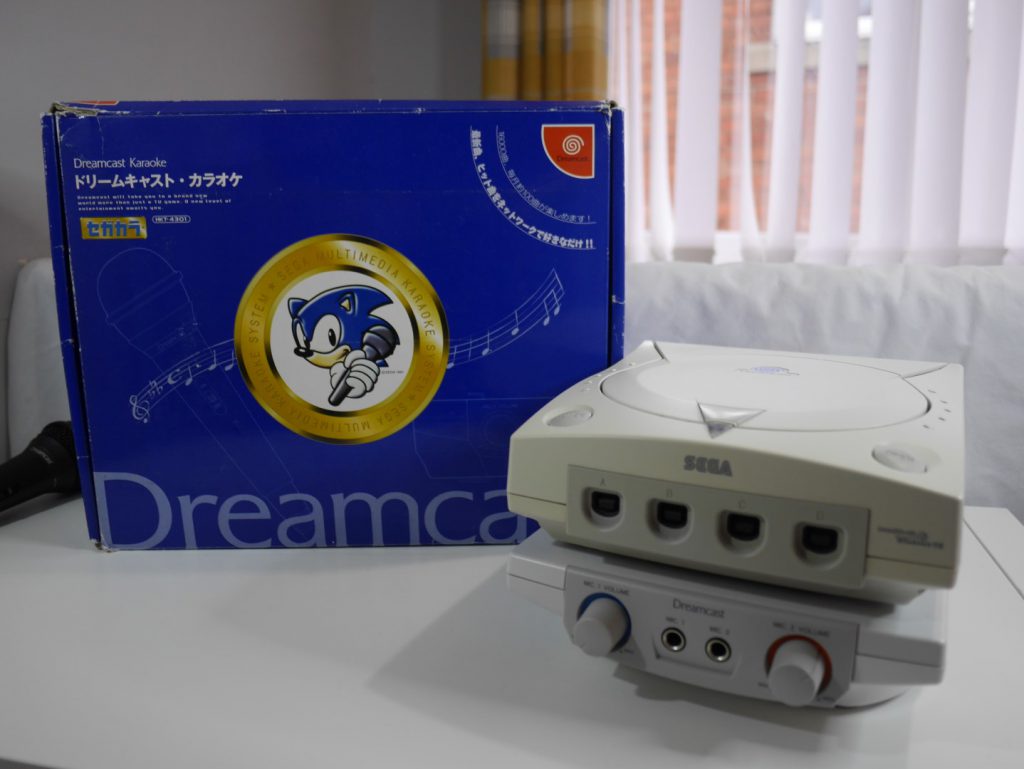 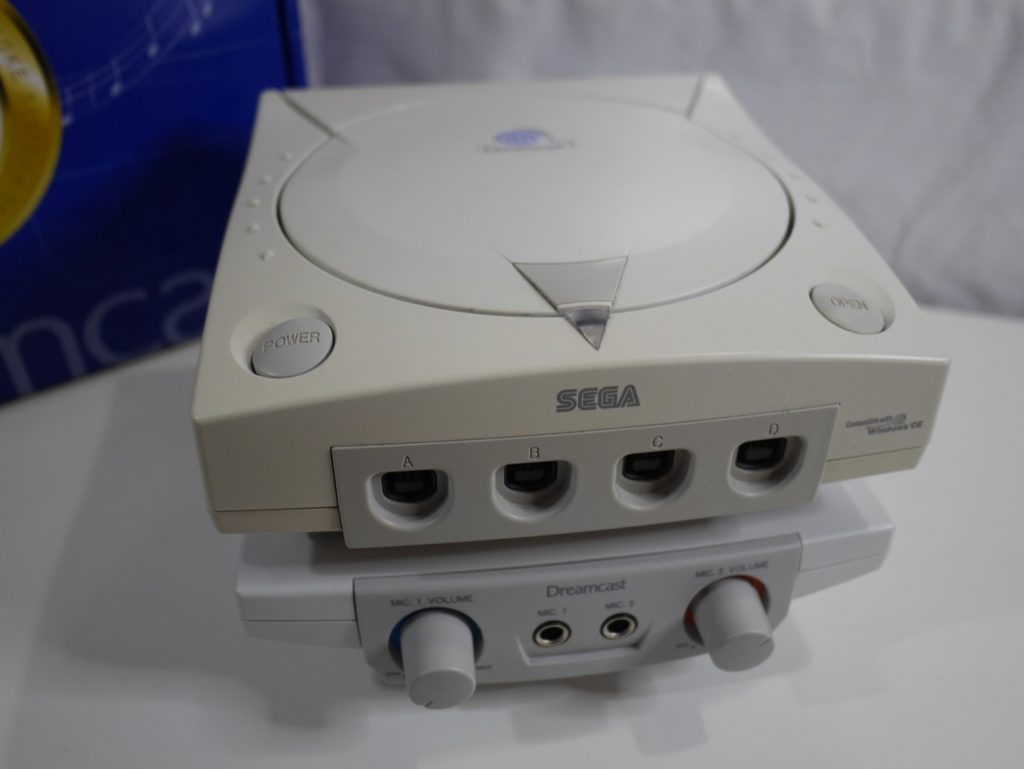 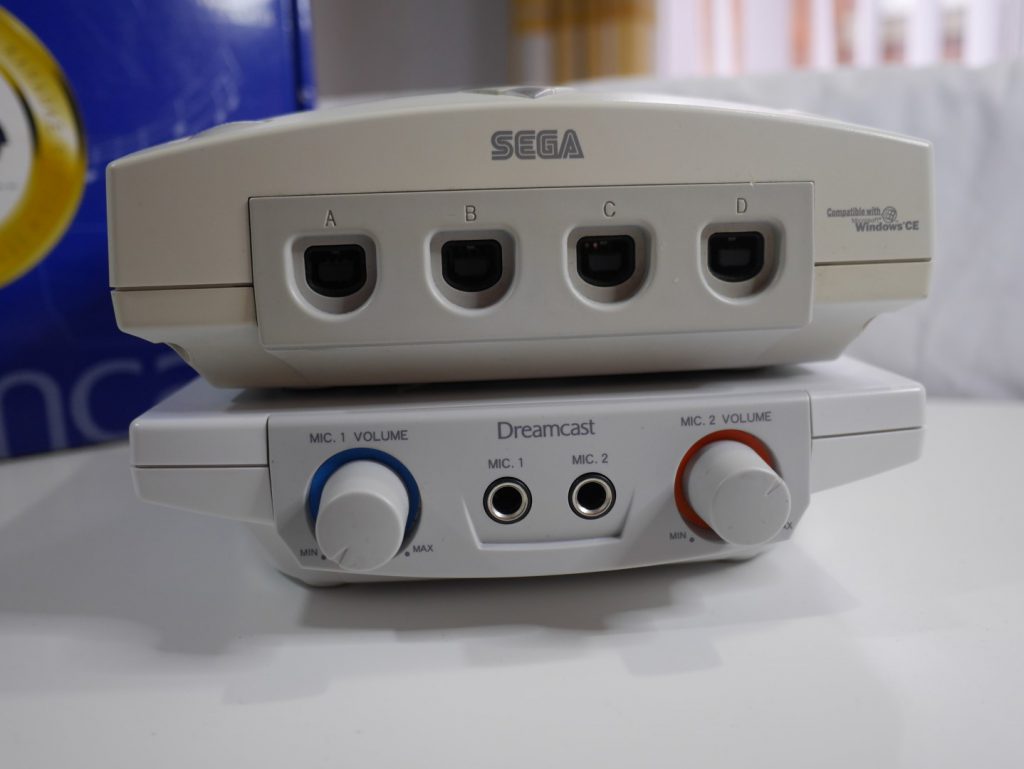 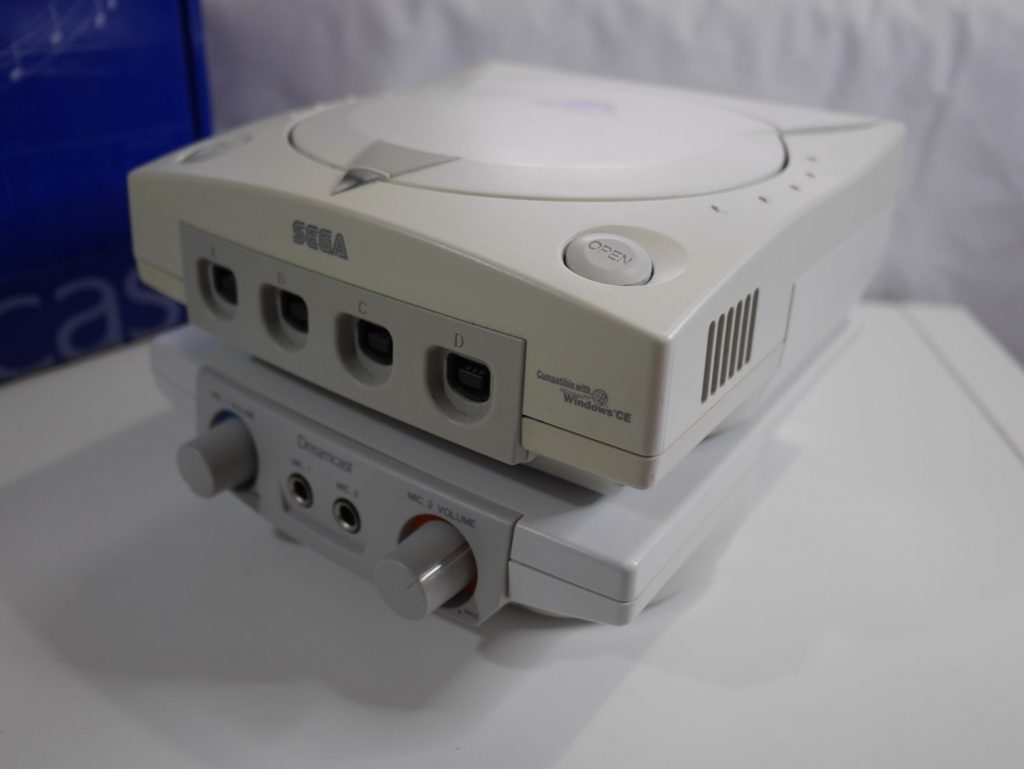 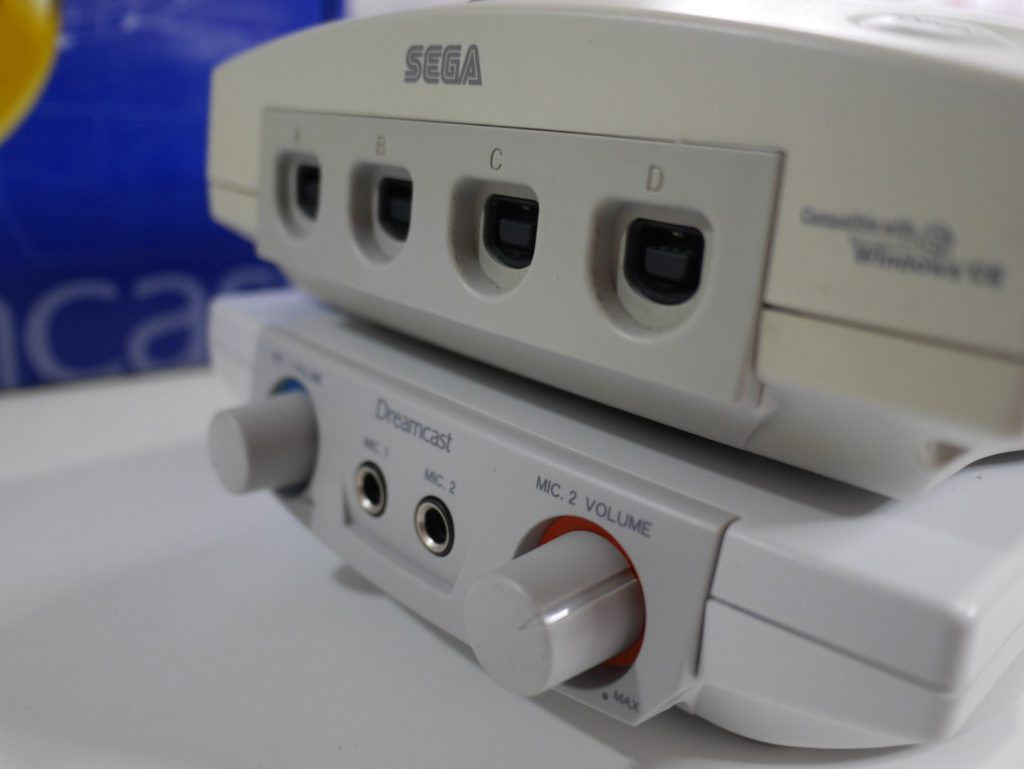 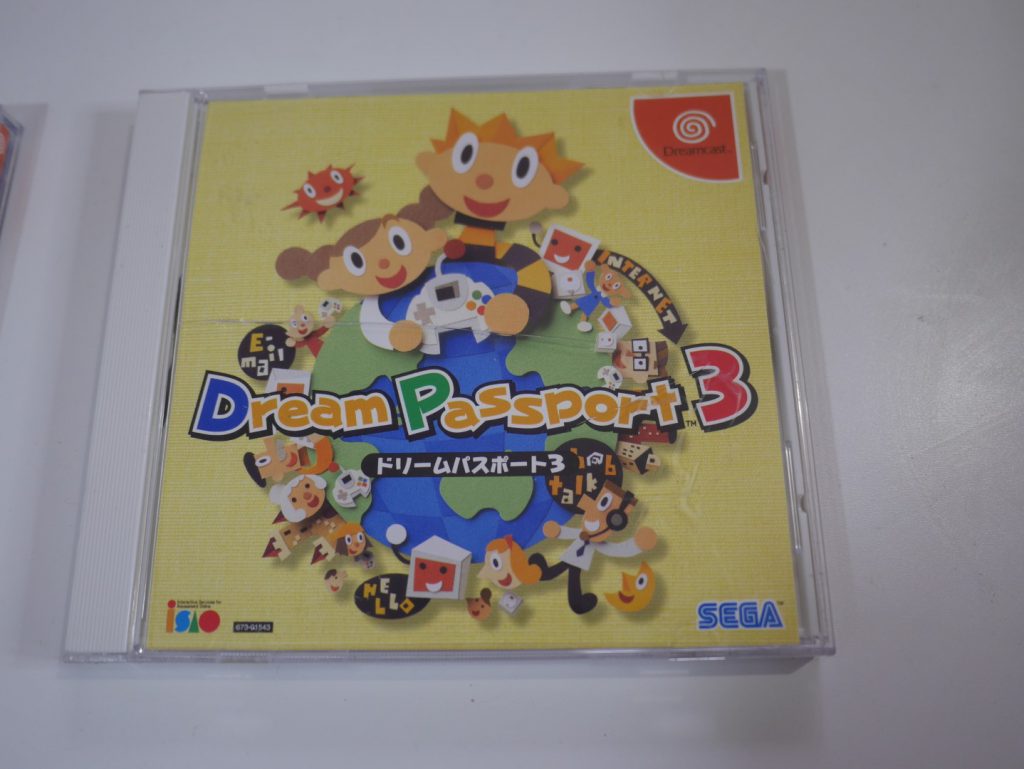 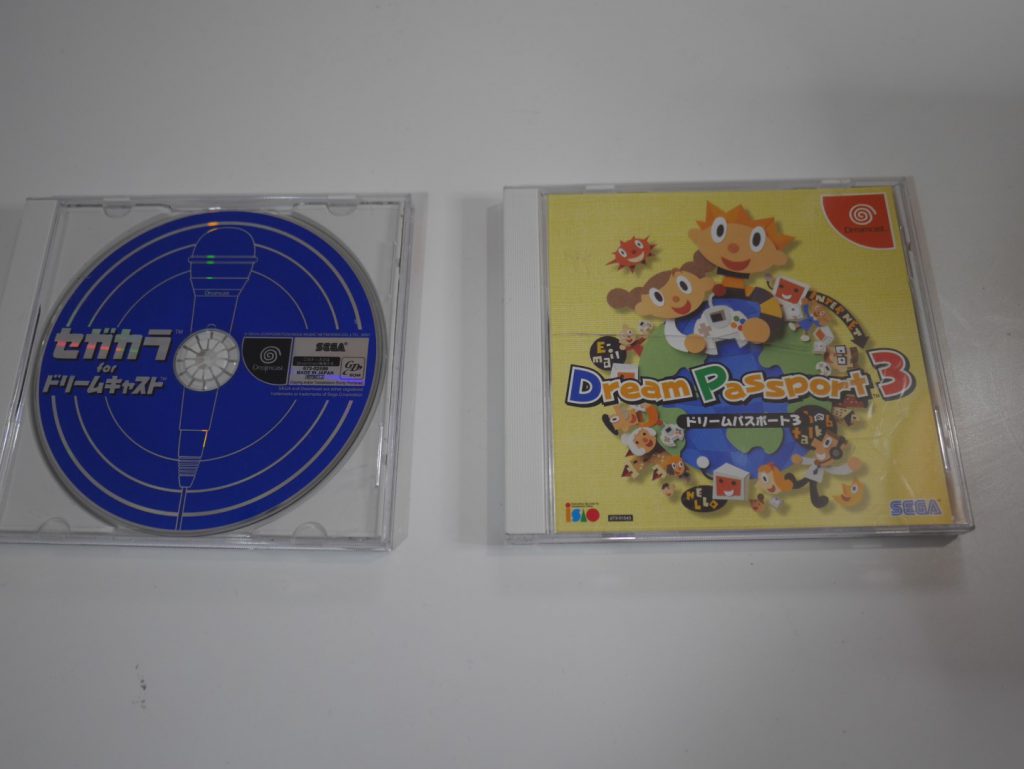 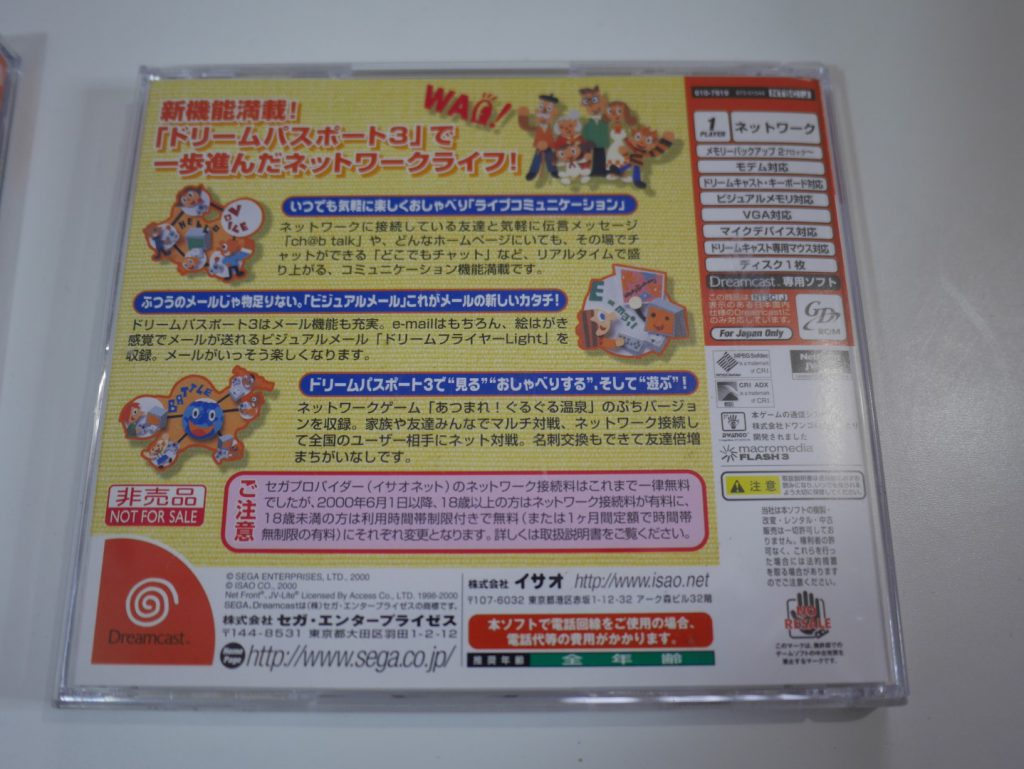