The Nintendo GameCube was released in 2001 and forms part of the 6th generation of games console competing with Sony’s PlayStation 2 and Microsoft’s Xbox.

The GameCube is the first Nintendo console to move away from cartridge-based media and use optical discs as its primary storage medium. The discs are in a miniDVD-based format and are capable of storing up to 1.5 GB of data. By comparison, the PlayStation 2 and Xbox, both use CDs and DVDs with sizes of up to 8.5 GB. Because of the size of GameCube disks, a few games require an extra disc.

The GameCube can connect to a Game Boy Advance with a link cable, which allows players to access exclusive in-game features using the handheld as a second screen and controller. Nintendo released the Game Boy Player which can be attatched to the GameCube, it is able to play Game Boy, Game Boy Color, and Game Boy Advance games.

The console’s family-friendly appeal skewed the GameCube toward a younger market. With several critics noting that the GameCube was designed to look like a toy. As such many third-party games popular with teenagers or adults, such as the Grand Theft Auto series and several first-person shooters, skipped the GameCube entirely in favour of the PlayStation 2 and Xbox.

Throughout the lifespan of its console generation, GameCube hardware sales remained far behind its direct competitors.

Nintendo learned from the reception to its controversial Nintendo 64’s three-handled controller design and went with a two-handled, “handlebar” design for the GameCube. The controller features 2 analog sticks, In many games, one of them is used to control a character, while the other is used to control the camera. The pad also arranged the button configuration so that there is a large A button surrounded by the X, Y, and B buttons in order to make the most used buttons slightly larger than the rest. On the top of the controller are two pressure-sensitive trigger buttons “L” and “R”. As the trigger is depressed, it emits an analog signal which increases the more it is pressed in. Once fully depressed, the trigger “clicks” registering a digital signal that can be used for a separate function within a game. There is also a purple, digital button on the right side “Z”.

Nintendo later released a wireless version of the controller, called the WaveBird. Instead of wires, it used RF signals to communicate with the console and was powered by standard AA batteries. 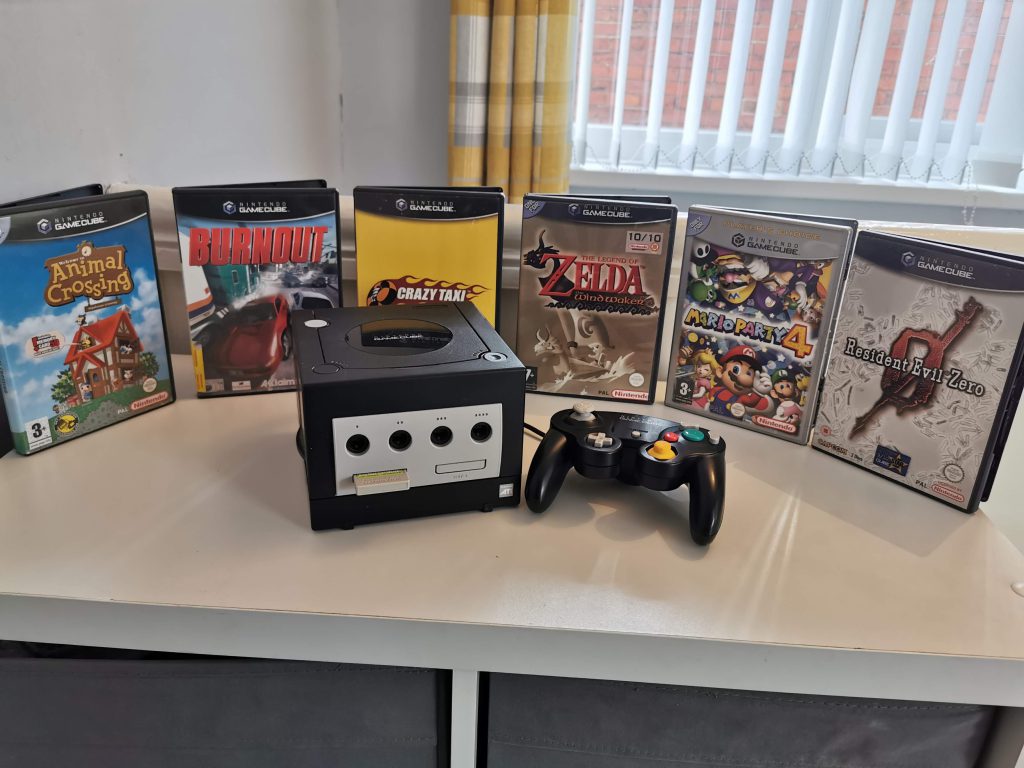 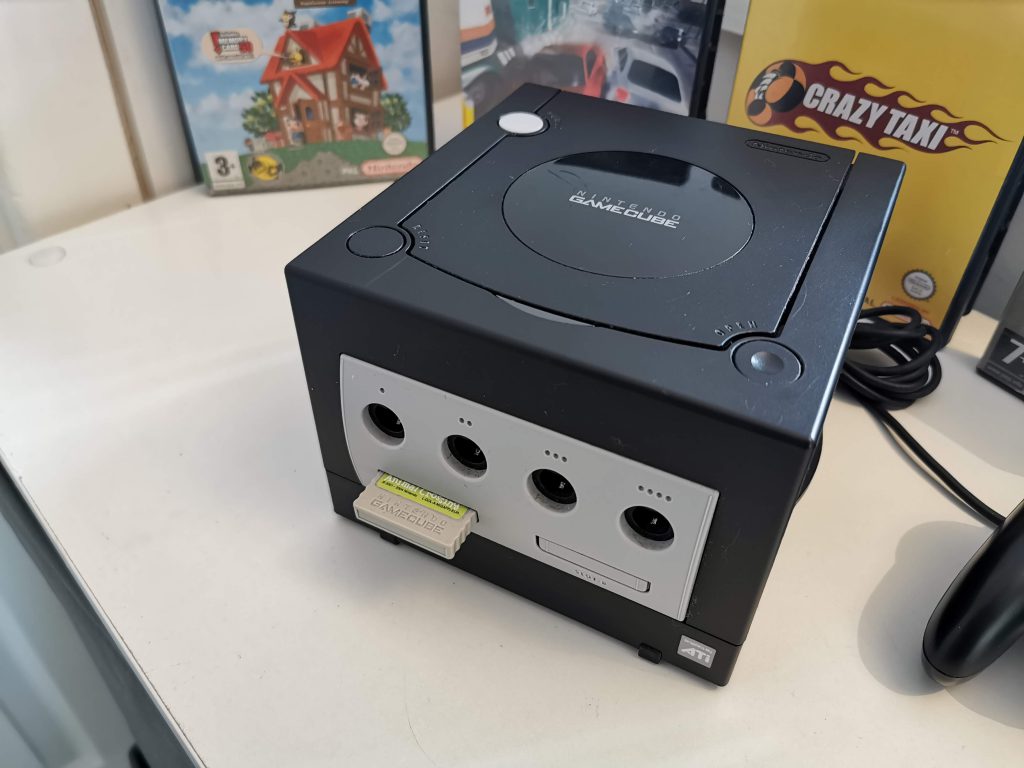 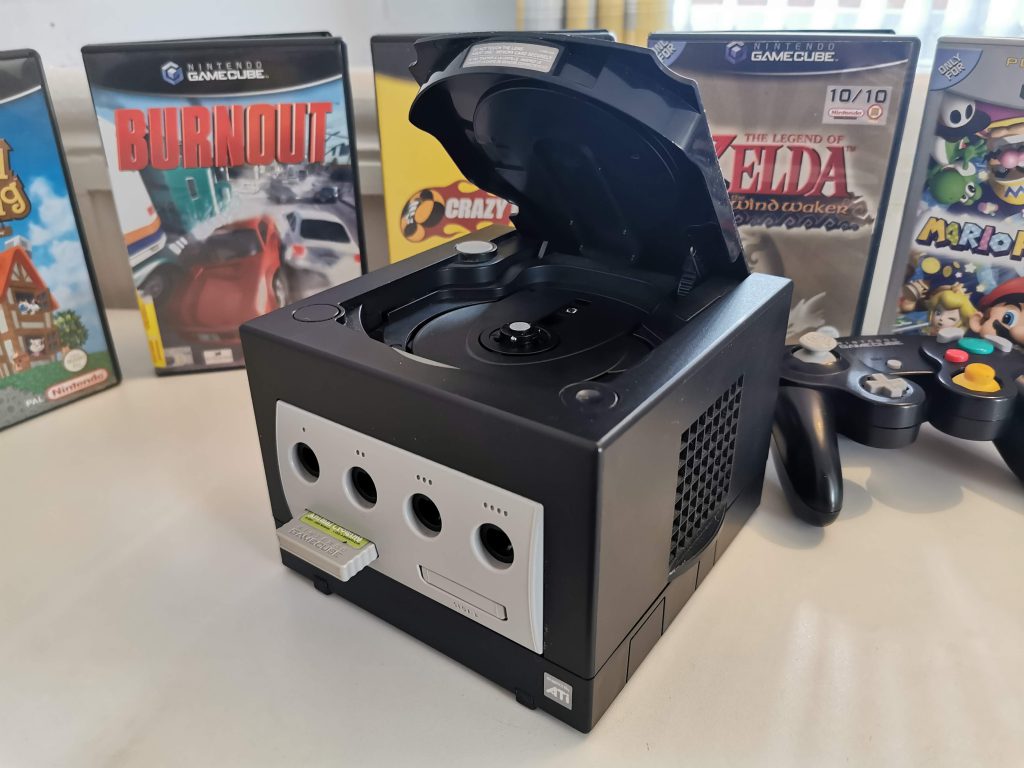 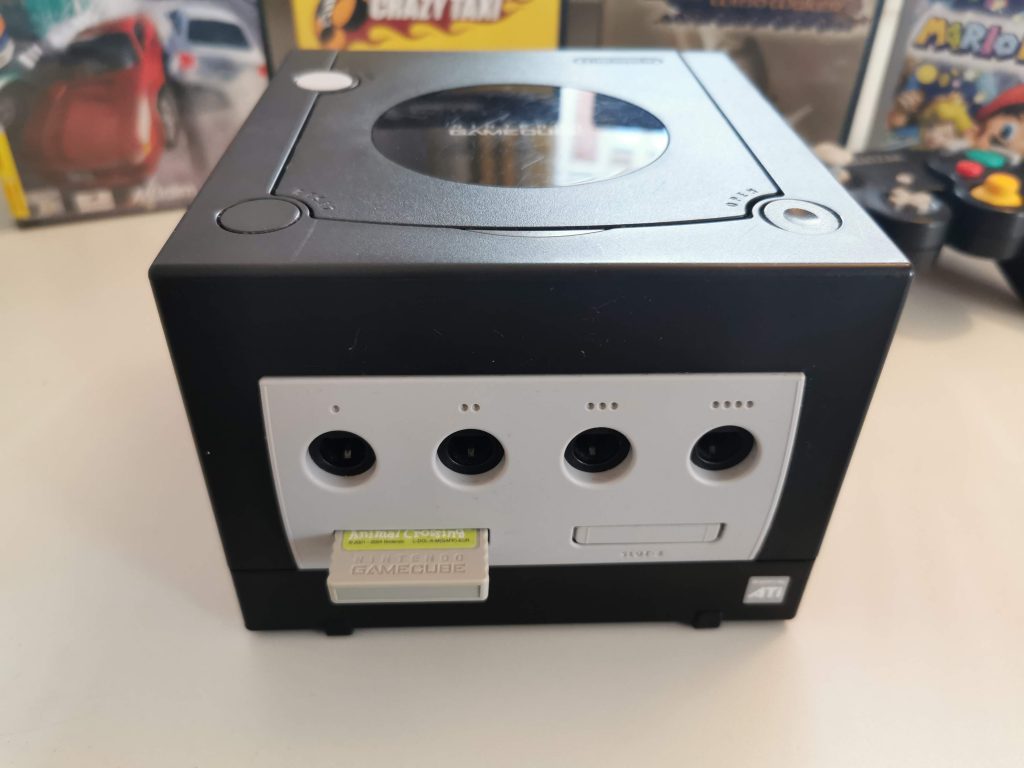 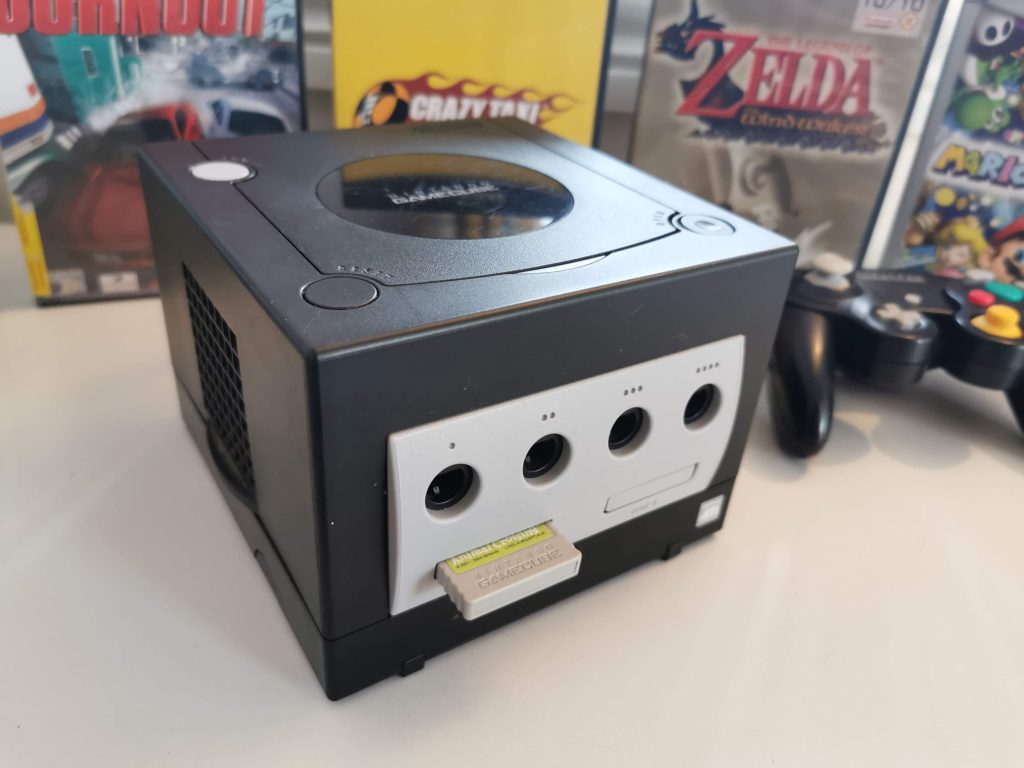 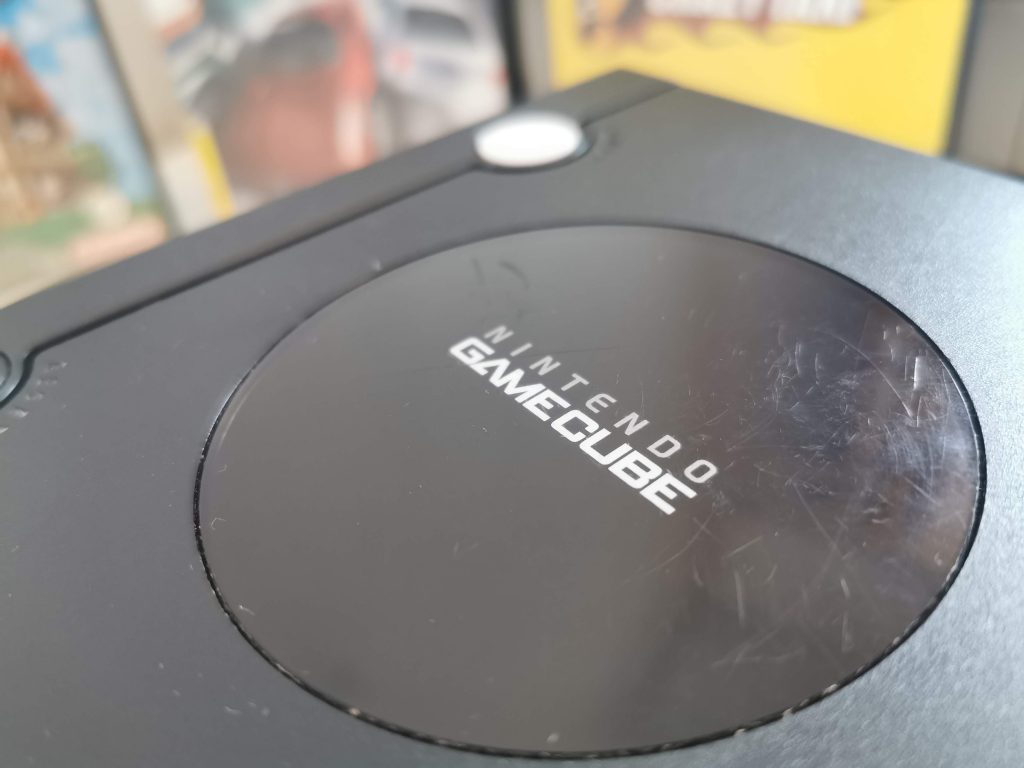 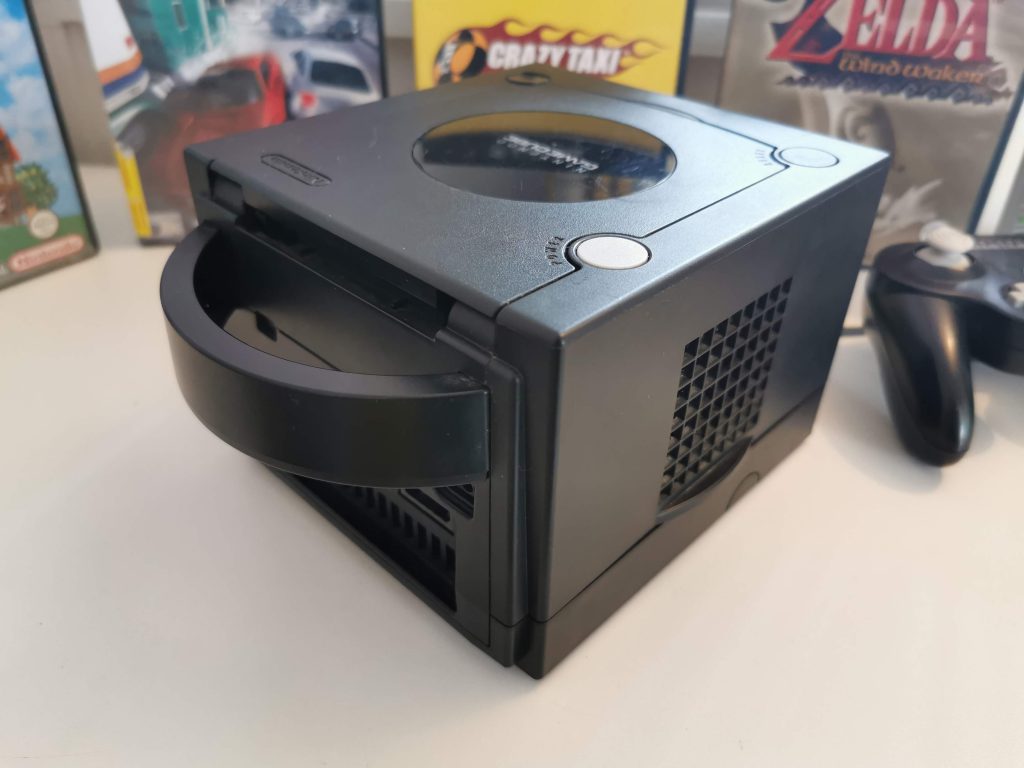 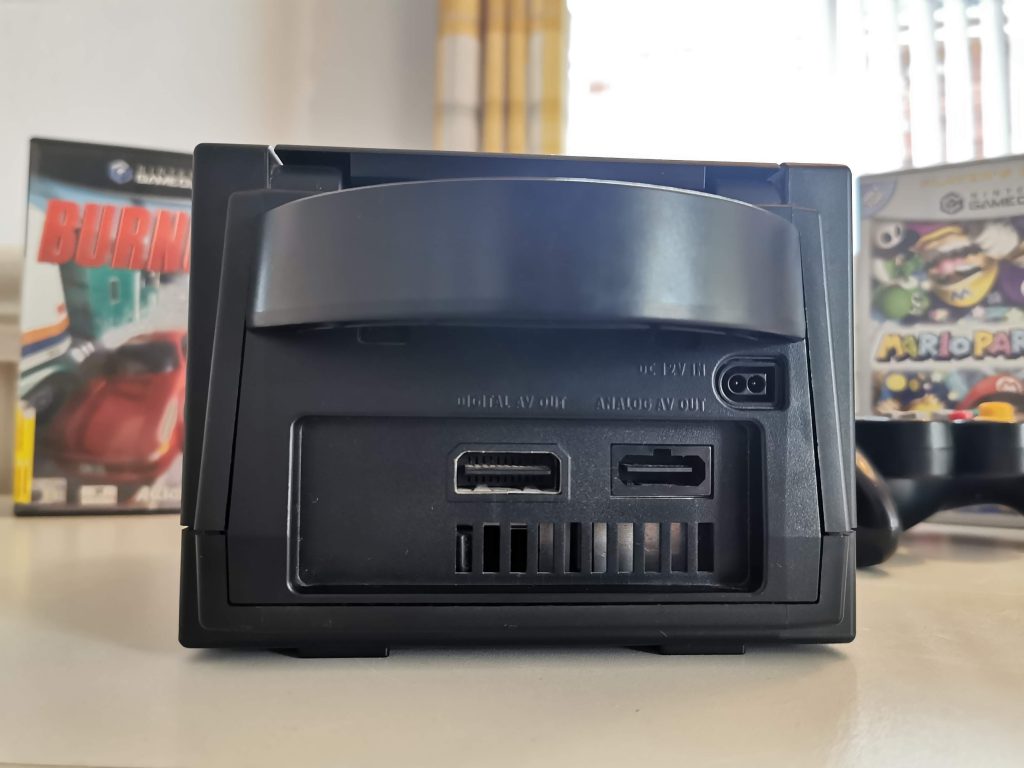 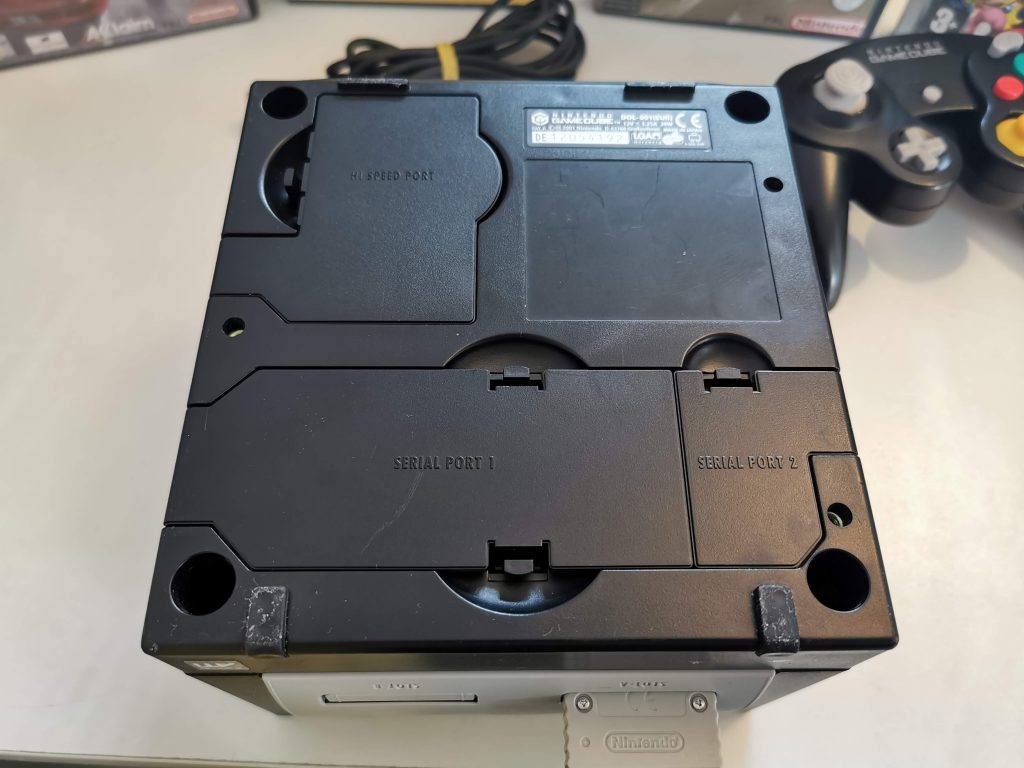 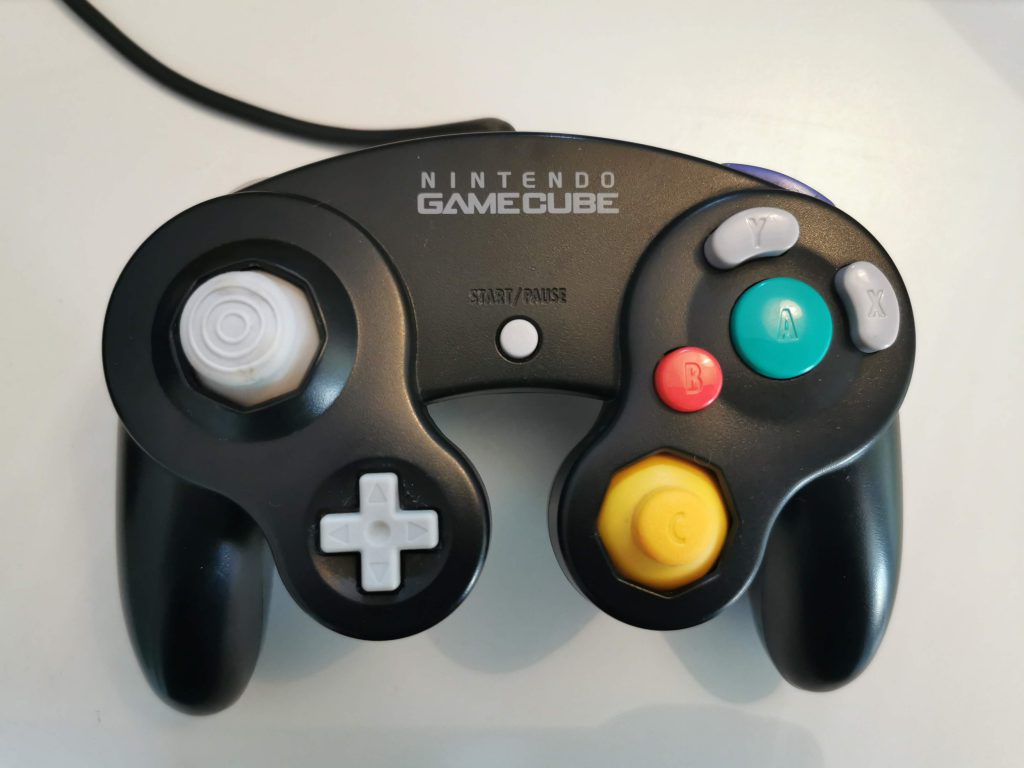 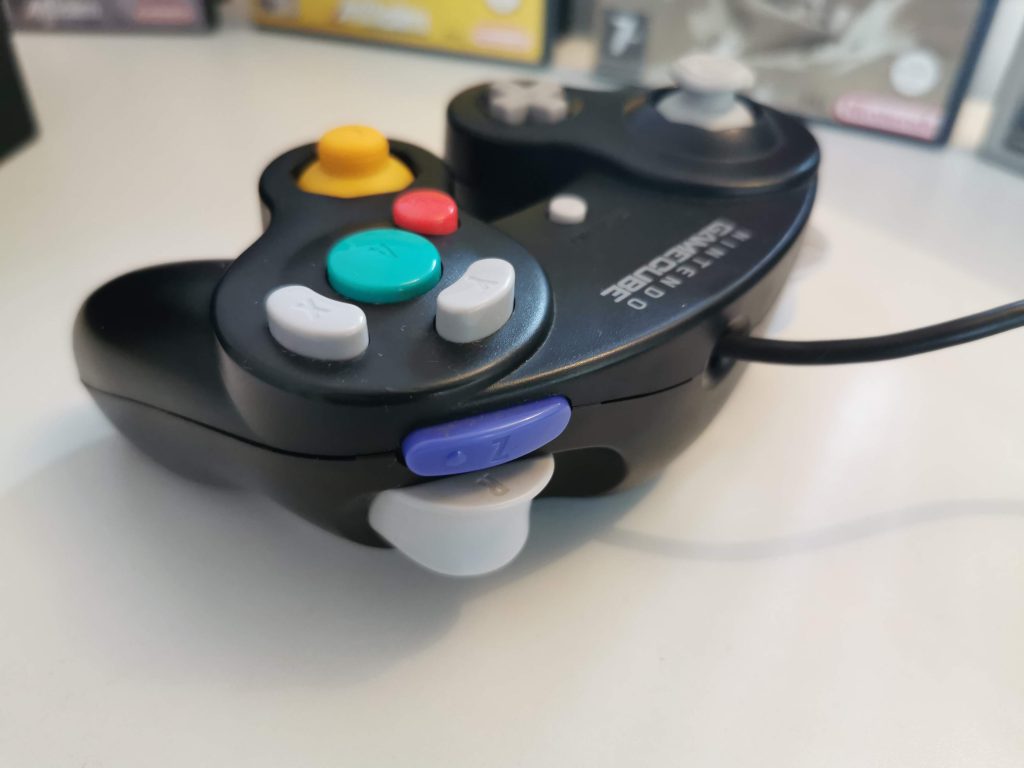 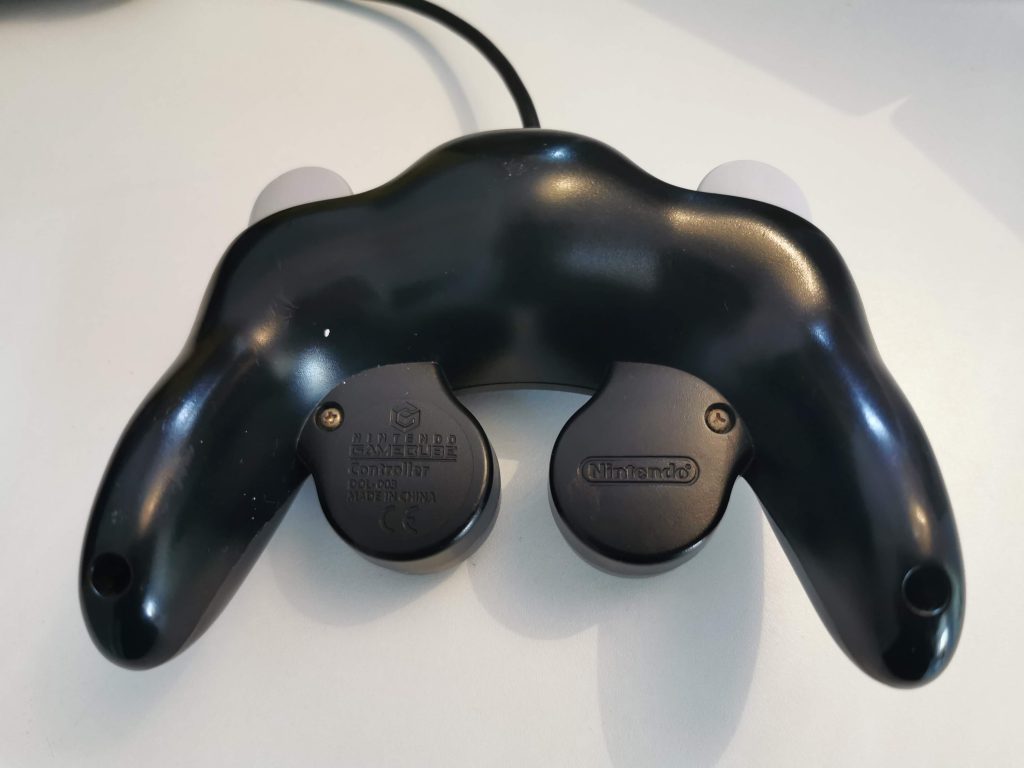