The Amiga 500, also known as the A500 was released in 1987, and is the first low-end version of the Amiga home computer. It contains the same Motorola 68000 as the Amiga 1000, as well as the same graphics and sound coprocessors, but is in a smaller case similar to that of the Commodore 128. It competed directly against models in the Atari ST line.
The Amiga 500 was sold in the same retail outlets as the Commodore 64, as opposed to the computer store-only Amiga 1000. It proved to be Commodore’s best-selling model, particularly in Europe. Although popular with hobbyists, arguably its most widespread use was as a gaming machine, where its graphics and sound were of significant benefit.

Processor
The Amiga 500 has a 7.09 MHz ( PAL variant) or 7.16 MHz ( NTSC clocked variant) Motorola 68000 – CPU and 512 Kbytes of RAM . This can be expanded by 512 Kbytes and 8 Mbytes using two expansion slots , so that a maximum of 9 Mbytes of memory is available.
Operating System
In 1987 and 1988 the Amiga 500 was delivered with the Amiga operating system AmigaOS 1.2 (Kickstart), from 1988 this was replaced by the improved and slightly more extensive version 1.3.
Volume
The Amiga 500 has a stereo sound output which is implemented via 2 8-bit PCM channels per stereo channel. The chip responsible for the sound output was developed and manufactured by MOS Technology , a subsidiary of Commodore.
Interfaces
Power supply
The Amiga 500 is supplied with voltage via a 5-pin socket with an external power supply unit. As with the Amiga 1200 , a special power supply unit with its own power switch must be connected to the Amiga 500 , since the Amiga 500 has no power switch.
Serial connection
An RS232 interface is made available via the 25-pin Sub-D connector ; there are also 2 pins for input and output of audio signals.
Parallel connection
A parallel interface is made available via a 24-pin Sub-D socket. In contrast to its predecessor A1000, it complies with the common IEEE 1284 standard .
RGB video connection
An RGB video signal is transmitted in analogue form via the 23-pin Sub-D connector of the Amiga 500 . Either “Sync on Composite” or two separate signals for vertical and horizontal synchronization can be used for synchronization with the monitor. It is also possible to feed in an external frequency via this connection. Commodore offered the A520 adapter for connection to a television set.
Composite video
A BAS signal that represents a monochrome picture is transmitted via the cinch plug .
Floppy disk connector
Up to three external disk drives can be connected to this 23-pin Sub-D socket.
Audio
A stereo signal is transmitted via the two cinch sockets.
Joystick connections
Joysticks, a mouse or a light pen can be connected via these two 9-pin Sub-D connectors .
Extension Connector
Various extensions, such as a hard disk, can be connected to the Amiga 500 via the extension connection on the left. The connection consists of copper surfaces on the motherboard and is directly connected to the data and address lines of the processor.
Extensions
Random Access Memory
In addition to the existing 512K Chip-Mem, the A500 could be upgraded to up to 10.8 MB RAM both via the internal expansion slot and via the external expansion port on the left. The classic 512K extension A501 from Commodore also contained a battery-backed real-time clock on the board. The enlargement of the chip ram in the A500 was only possible by swapping the Agnus graphics chip for the ECS version at the same time ; only this could address more than 512K chip memes.
Mass Storage
The A500 was originally only operated via the floppy disk drive; it has no built-in hard disk and no controller for it. However, there are connection options, such as the left expansion port, which can be used for external hard drives. Such extensions were available from Commodore (e.g. the A570) as well as from third parties. Even today, such extensions are still being tinkered with. There are USW drives and even new WLAN solutions to access media servers, on which the entire Amiga software library is backed up, and which thus function as an external drive.
Accelerator Cards
To increase the computing power of the A500, a turbo card, i.e. a faster processor on its own circuit board, could be installed. This worked either through the left expansion port in an external enclosure, such as B. the Apollo 520 from ACT Elektronik Vertrieb GmbH (with a 25MHz 68020). Alternatively, there were also accelerator cards which were placed in the base of the original processor in the Amiga housing (e.g. the Blizzard Turbo from phase5 with a 14MHz 68000).
Others
For the left expansion port there were modules such as B. Action Replay with which it was possible to stop the computer while it was running and to save screenshots or to work with a machine language monitor in the memory.

The Commodore Amiga 500 Plus (often A500 Plus or simply A500+) is an enhanced version of the original Amiga 500 computer. It was notable for introducing new versions of Kickstart and Workbench, and for some minor improvements in the custom chips, known as the Enhanced Chip Set (or ECS). Although the Amiga 500+ was an improvement to the Amiga 500, it was minor.

The Amiga 500 series was discontinued in June 1992 and replaced by the similar Amiga 600. In late 1992, Commodore released the Amiga 1200, a machine closer in concept to the original Amiga 500, but with significant technical improvements. Despite this, neither the A1200 nor the A600 replicated the commercial success of its predecessor. By this time, the home market was strongly shifting to IBM PC compatibles with VGA graphics and the “low-cost” Macintosh Classic, LC, and IIsi models. 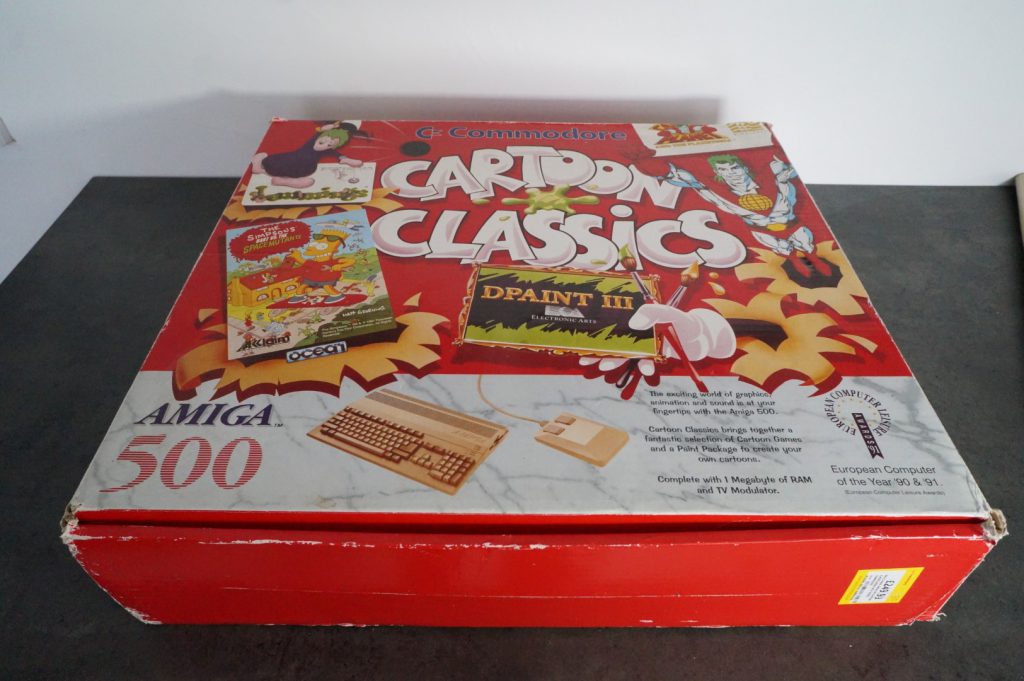 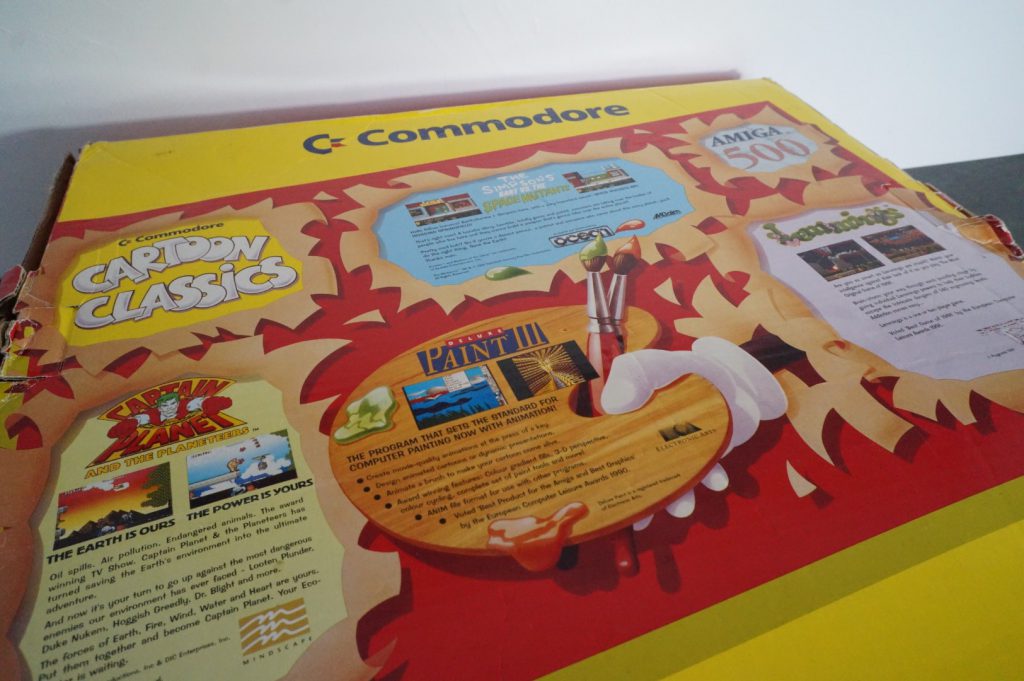 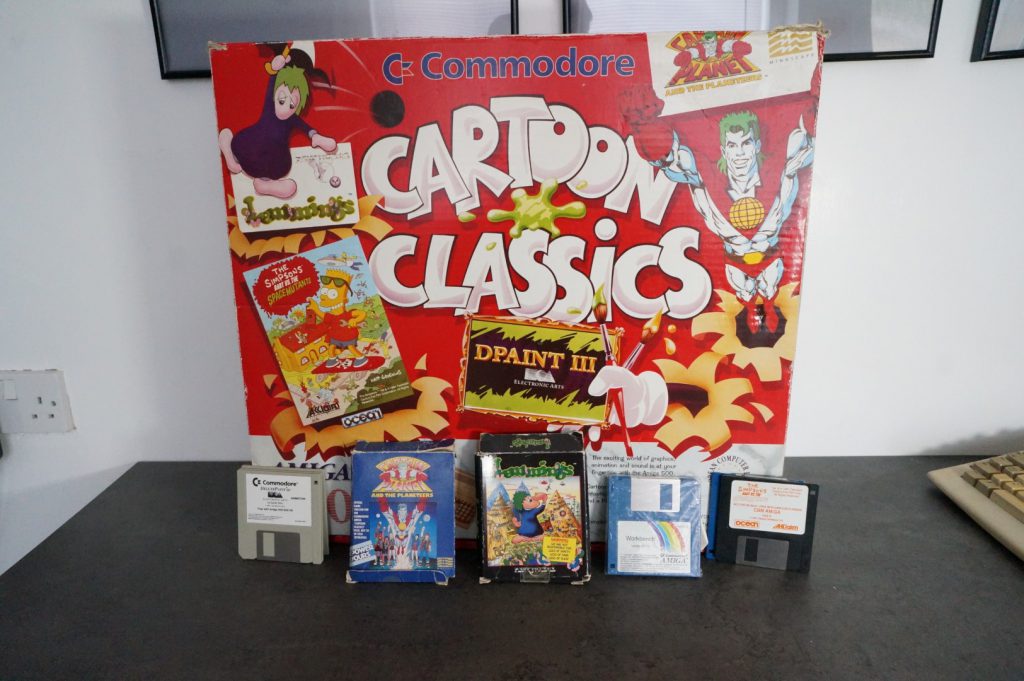 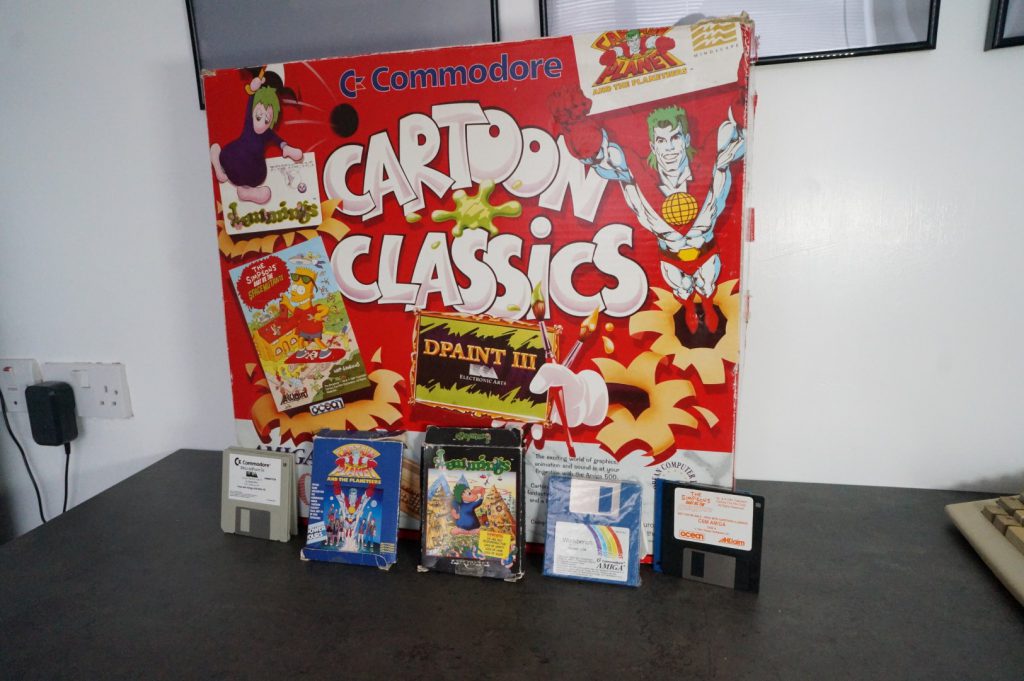 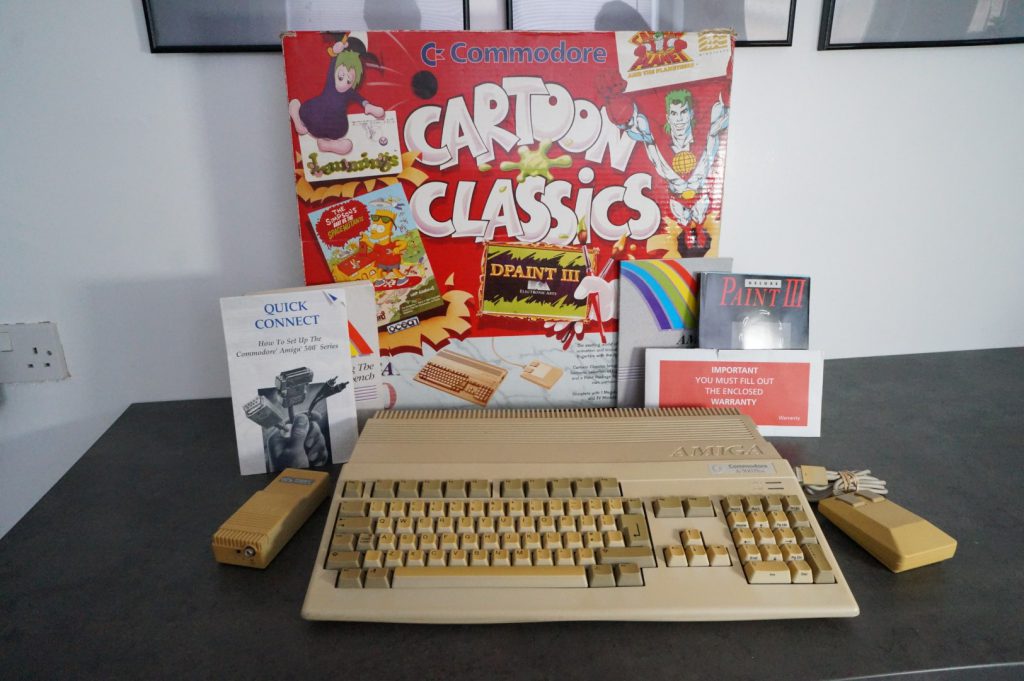 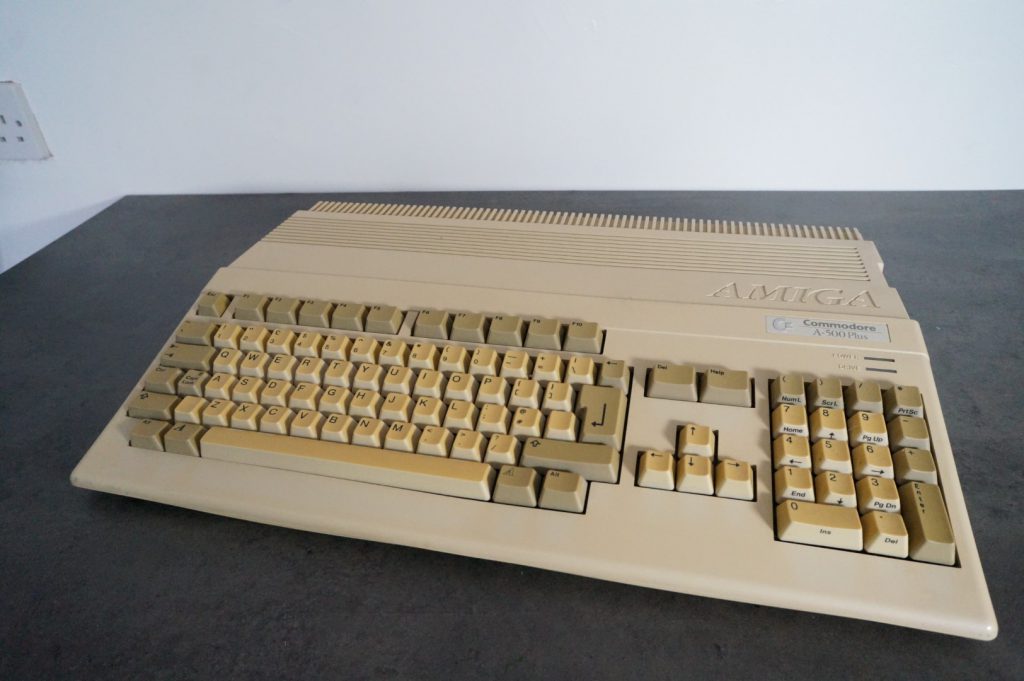 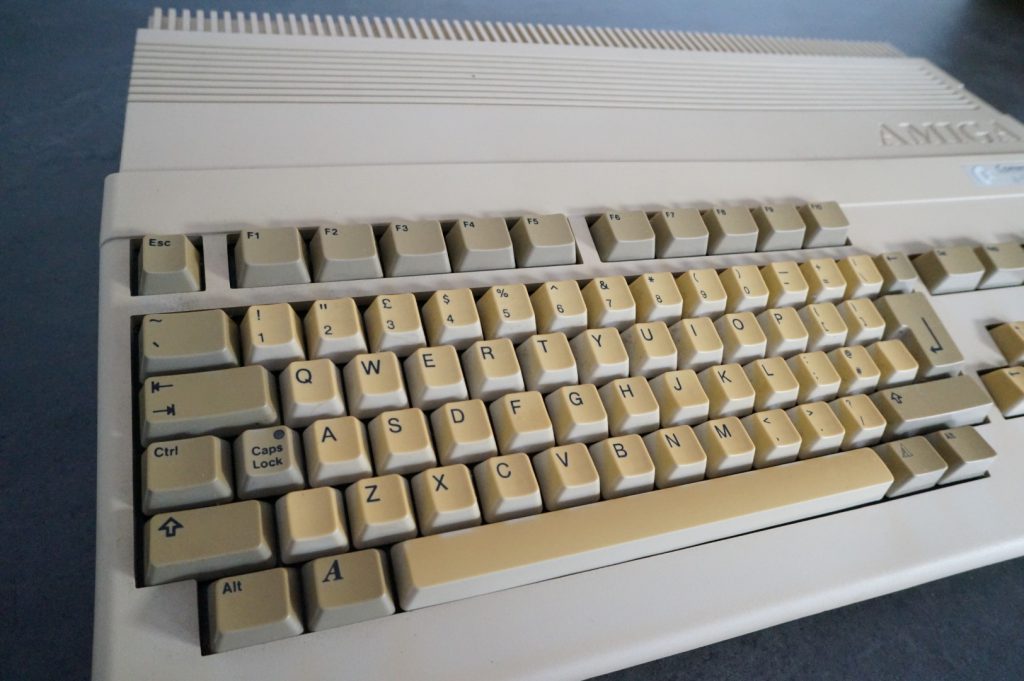 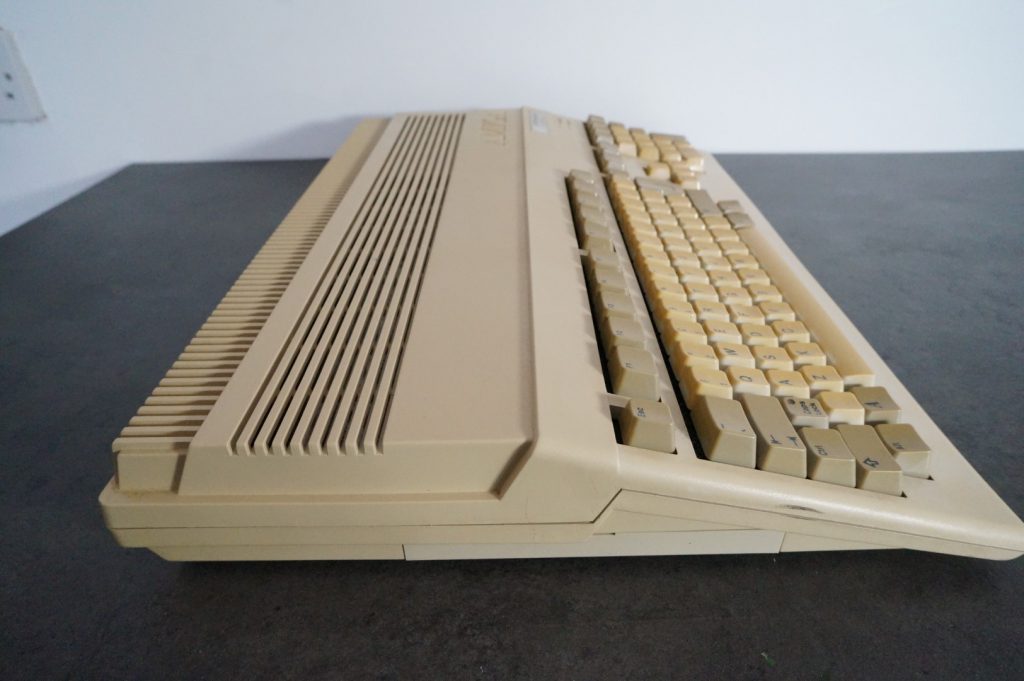 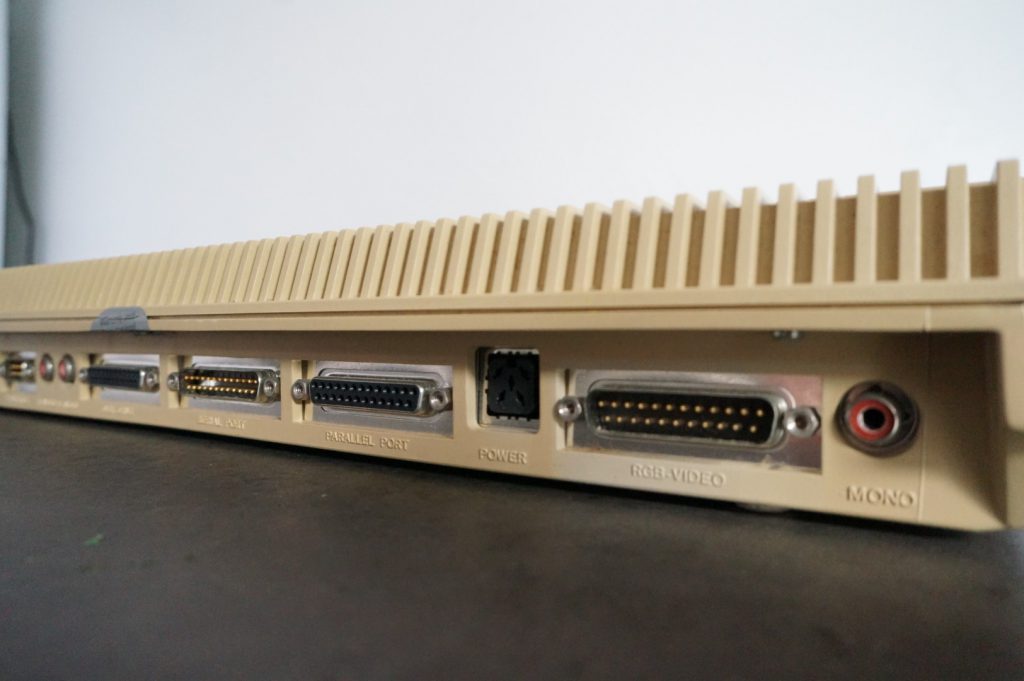 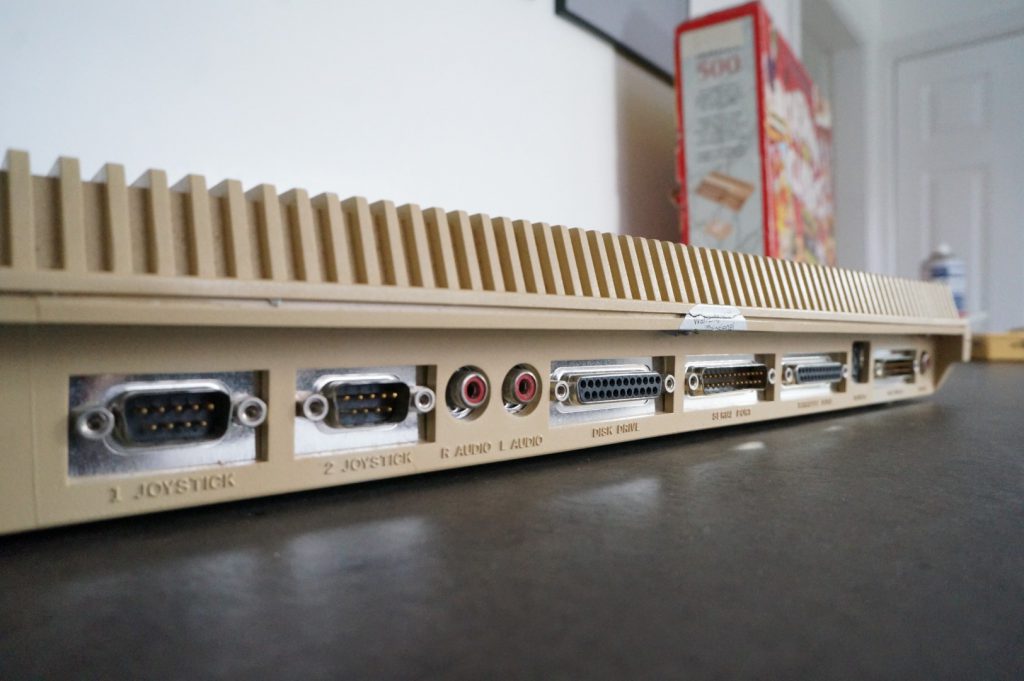 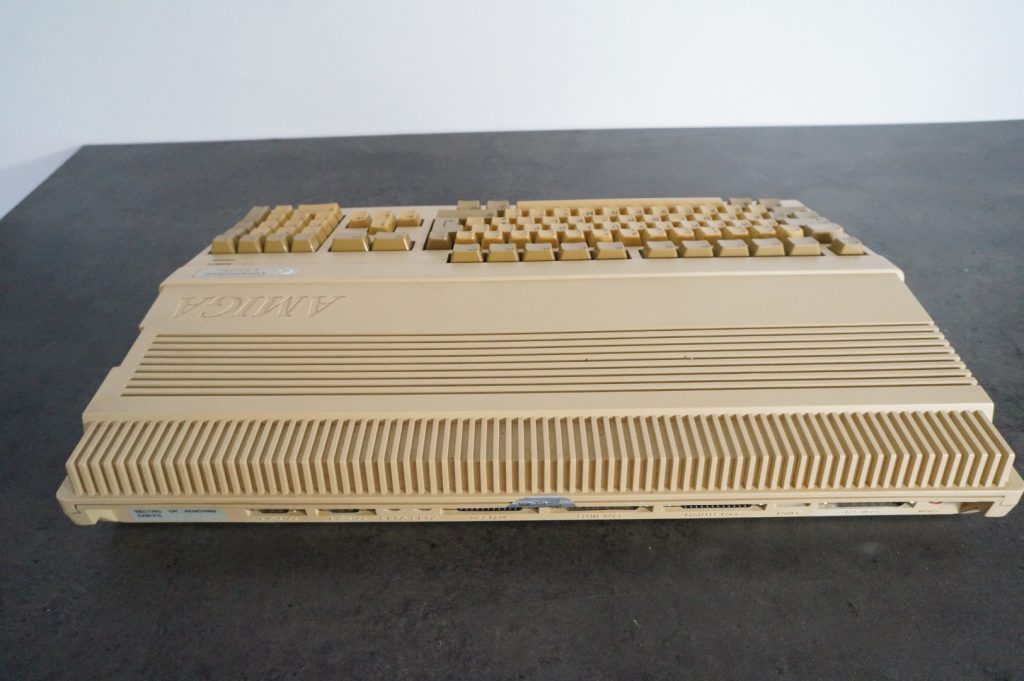 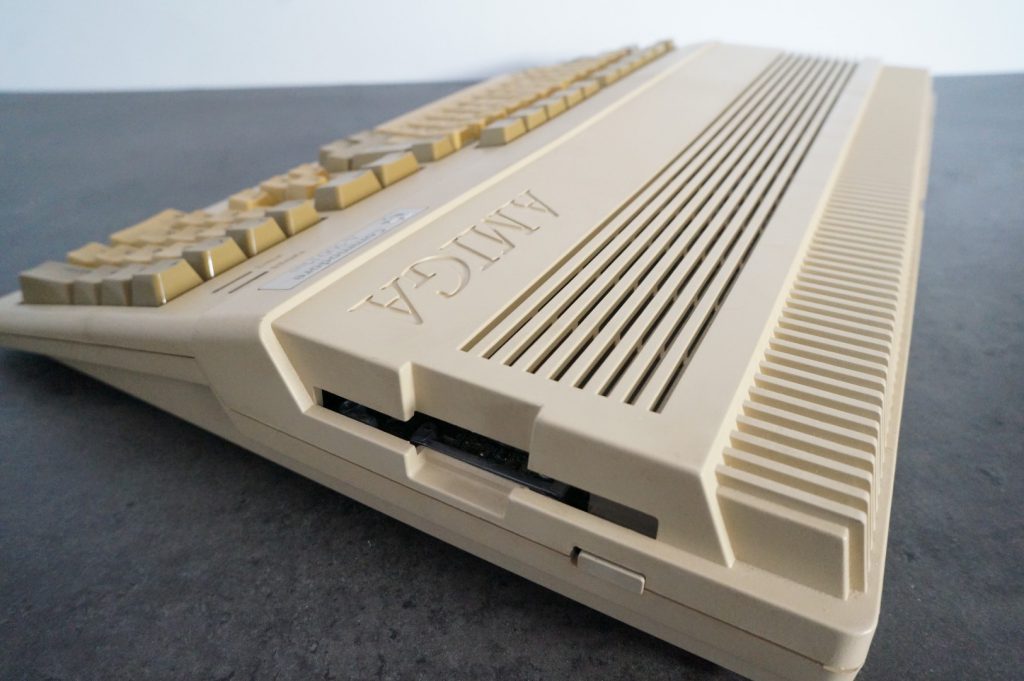 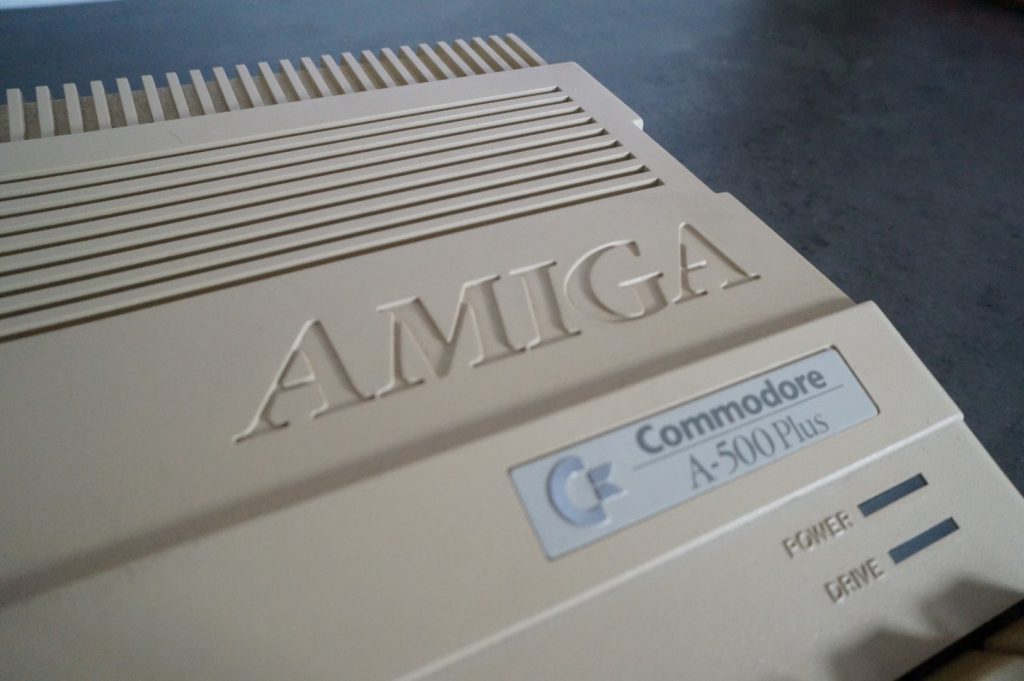