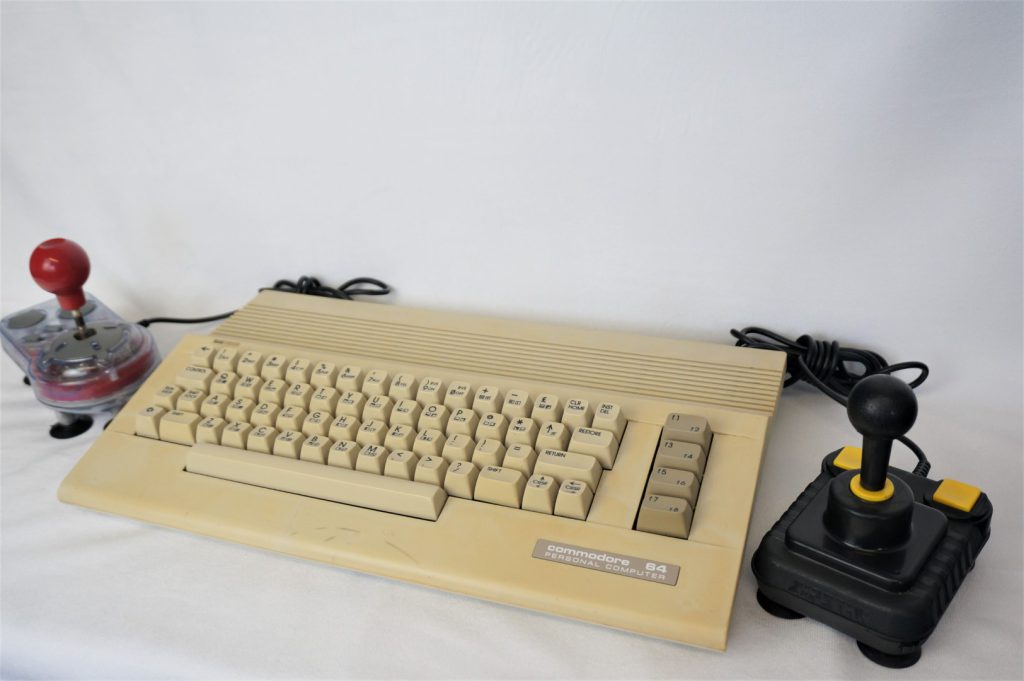 The Commodore 64, also known as the C64 or the CBM 64, is an 8-bit home computer introduced in January 1982. It has been listed in the Guinness World Records as the highest-selling single computer model of all time. Preceded by the Commodore VIC-20 and Commodore PET, the C64 took its name from its 64 kibibytes (65,536 bytes) of RAM.

The C64 dominated the low-end computer market (except in the UK and Japan) for most of the 1980s. In the UK market, the C64 faced competition from the BBC Micro and the ZX Spectrum, but the C64 was still the second most popular computer in the UK after the ZX Spectrum.
Part of the Commodore 64 success was because it was sold in retail stores instead of electronics stores, and that these machines can be directly plugged into an existing home television without any modifications. Commodore produced many of its parts in-house to control supplies and cost.

Approximately 10,000 commercial software titles have been made for the Commodore 64, including development tools, office productivity applications, and video games. The C64 is also credited with popularizing the computer demo scene and is still used today by some computer hobbyists.

Superficially, the C64 closely resembled the VIC-20. It had the same casing, an identical keyboard configuration and virtually the same interfaces and sockets. But the apparent similarity belies some fundamental differences: a MOS 6510 processor and 64 KB of RAM which was quite unusually large at the time for a model of this price range. The C64 also had the ability to recognise user-established priorities by which ‘sprites’ (or movable blocks) could move independently of displayed text/graphics, enabling the creation of graphics with up to 8 layers. It was one of the first computers to offer both a high quality sound chip and graphic resolution with many colours and sprites.

Several versions of the Commodore 64 were launched :

Commodore Educator 64 – Commodore attempted to compete with the Apple II’s hold on the US education market with the Educator 64, essentially a C64 and “greenscale” monochrome monitor in a PET case.

Commodore SX-64 – the SX-64 was a portable version of the C64. The SX-64 has the distinction of being the first full-colour portable computer. While earlier computers using this form factor only incorporate monochrome (“green screen”) displays, the base SX-64 unit features a 5 in (130 mm) colour cathode ray tube (CRT) and one integrated 1541 floppy disk drive.

Commodore 64 Games System – The C64 was repackaged in the form of a game console, called the C64 Games System (C64GS), with most external connectivity removed. A simple modification to the 64C’s motherboard was made to allow cartridges to be inserted from above. A modified ROM replaced the BASIC interpreter with a boot screen to inform the user to insert a cartridge. Designed to compete with the Nintendo Entertainment System and the Sega Master System.

Commodore 64C – In 1986, Commodore released the 64C computer, which is functionally identical to the original. The exterior design was remodelled in the sleeker style of the Commodore 128. The 64C uses new versions of the SID, VIC-II, and I/O chips being deployed. Models with the C64E board had the graphic symbols printed on the top of the keys, instead of the normal location on the front. The sound chip (SID) was changed to use the MOS 8580 chip, with the core voltage reduced from 12V to 9V. The most significant changes include different behaviour in the filters and in the volume control, which result in some music/sound effects sounding differently than intended, and in digitally-sampled audio being almost inaudible, respectively (though both of these can mostly be corrected-for in software). The 64 KB RAM memory went from eight chips to two chips. BASIC and the KERNAL went from two separate chips into one 16 KB ROM chip. The PLA chip and some TTL chips were integrated into a DIL 64-pin chip. The “252535-01” PLA integrated the colour RAM as well into the same chip. The smaller physical space made it impossible to put in some internal expansions like a floppy-speeder.

I have the Commodore C64C version, which came with 2 joysticks, a floppy drive as well as lots of floppy disks. 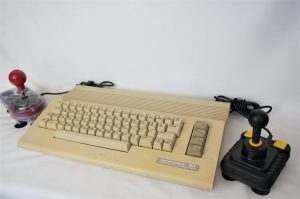 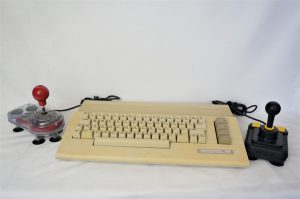 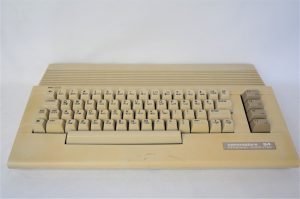 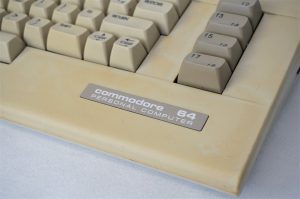 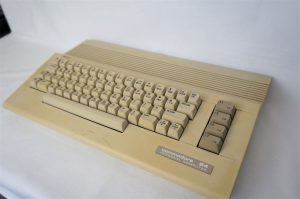 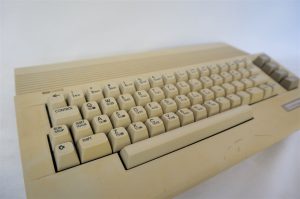 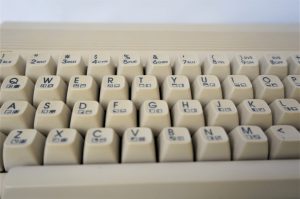 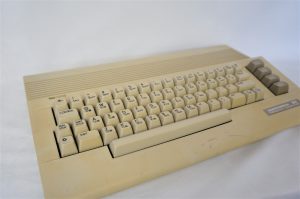 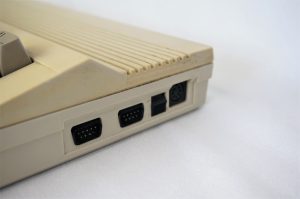 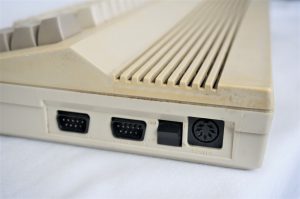 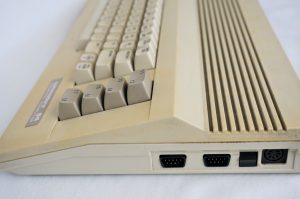 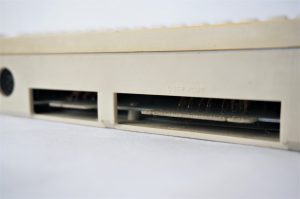 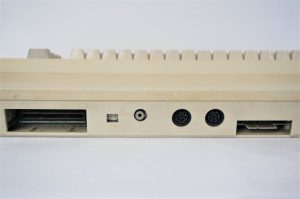 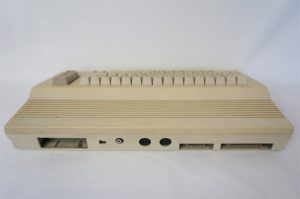 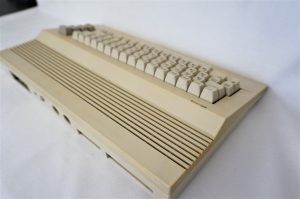 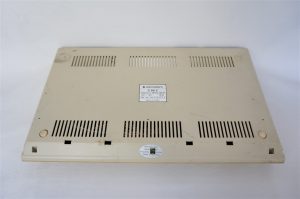 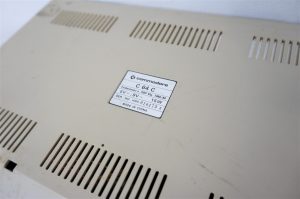 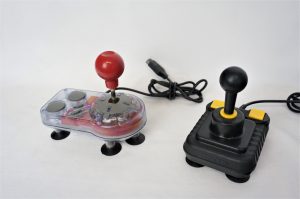 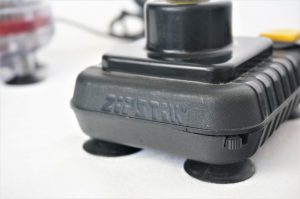 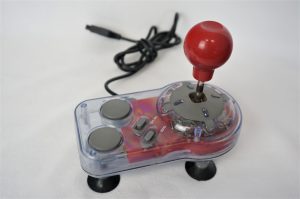 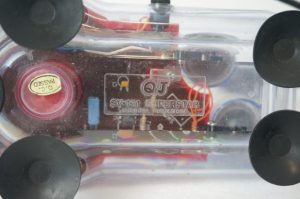 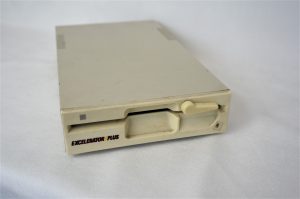 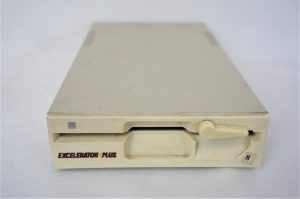 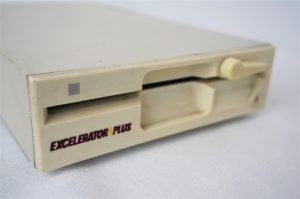 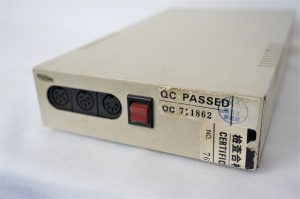 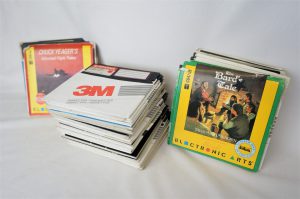