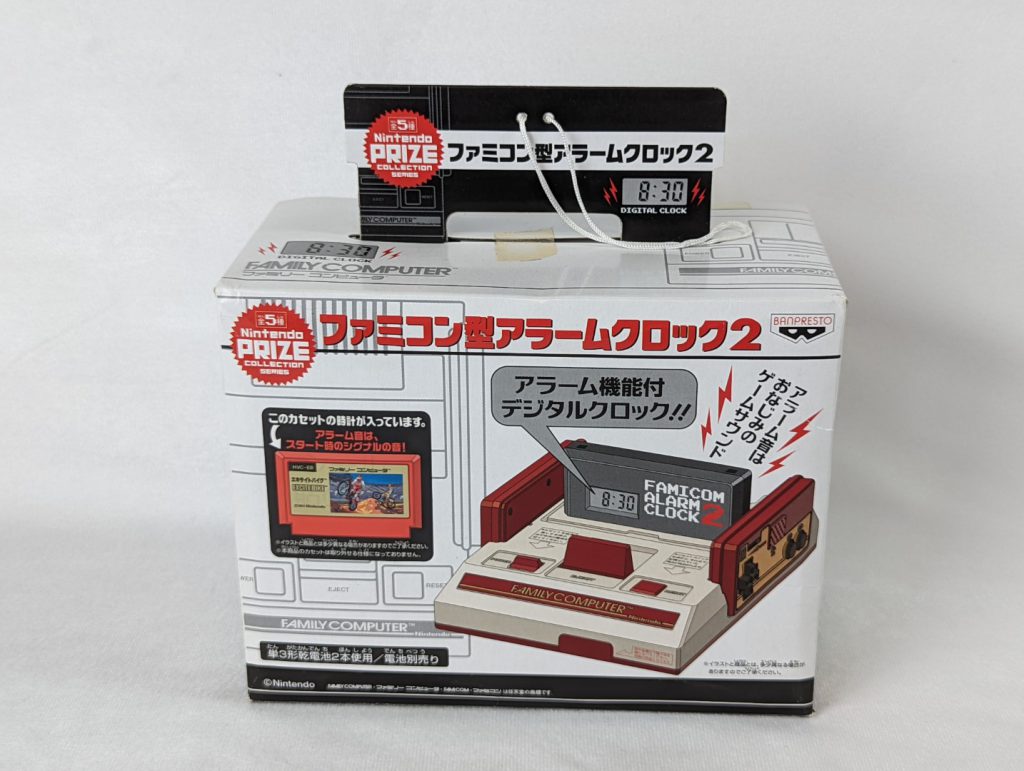 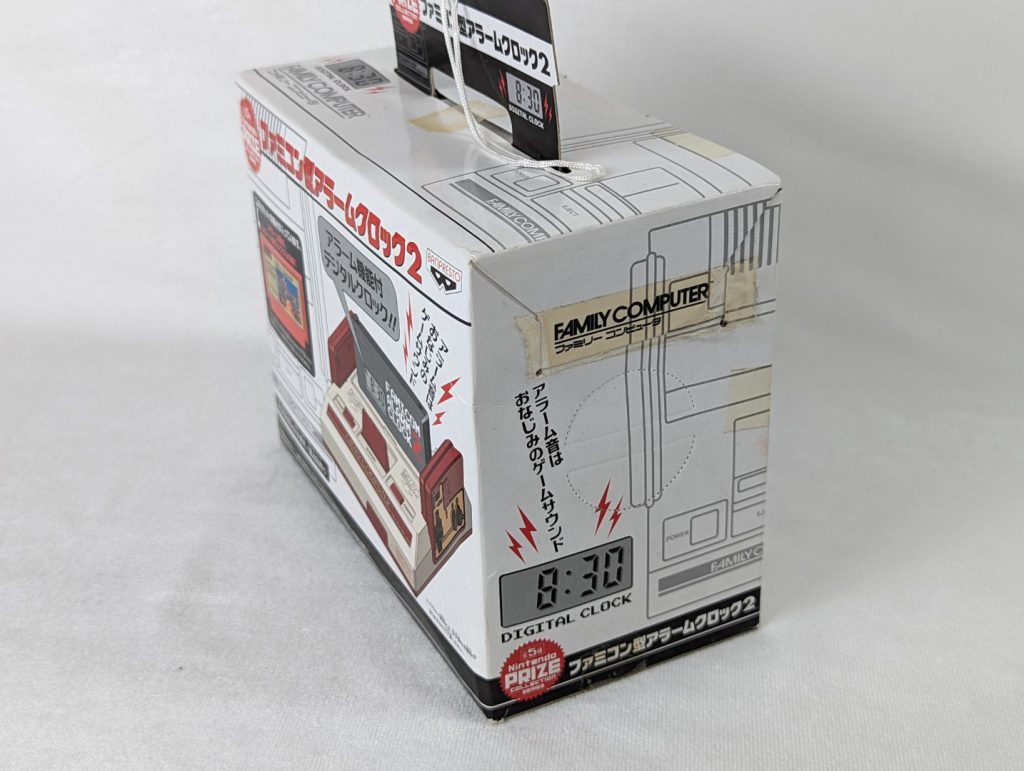 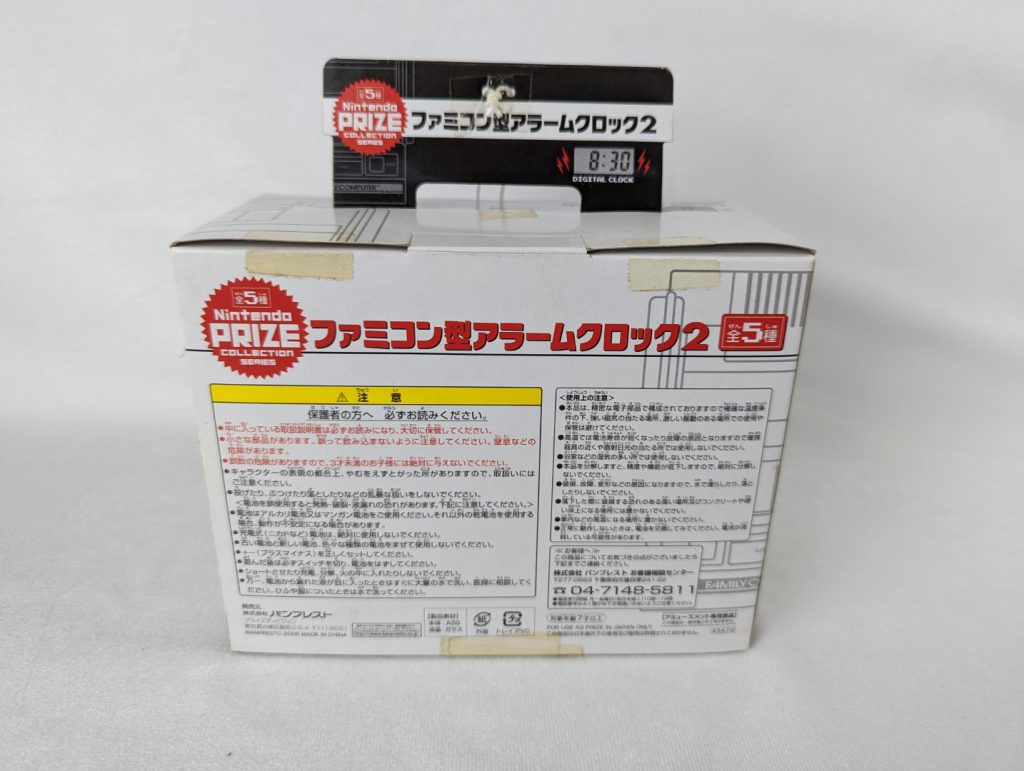 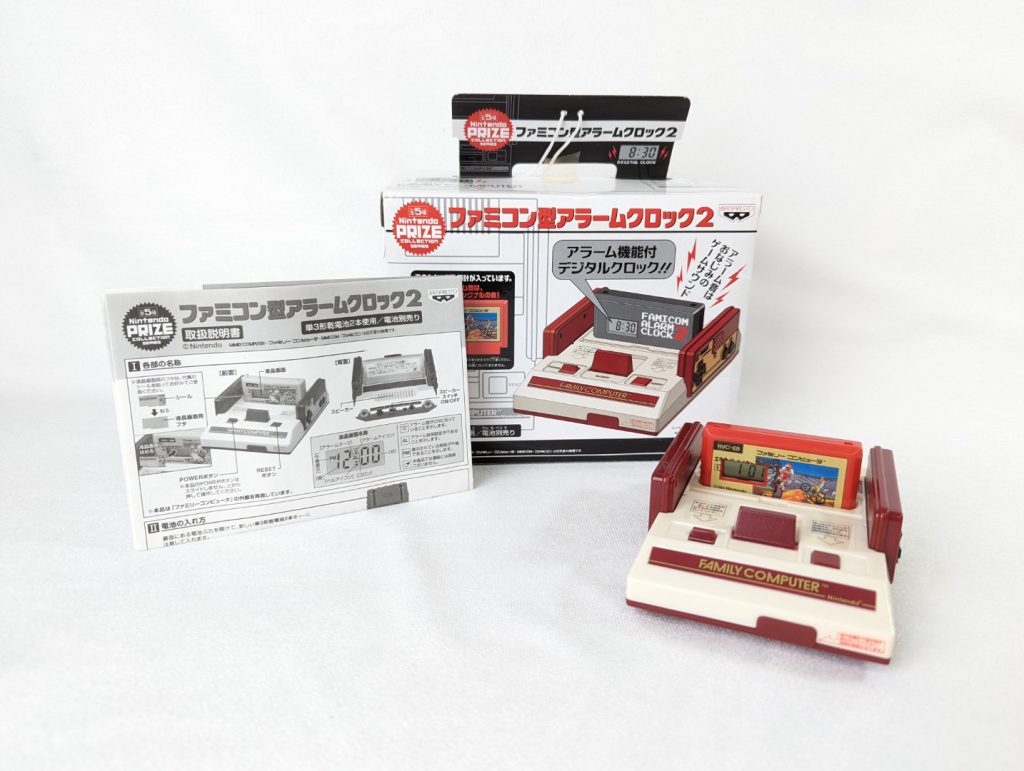 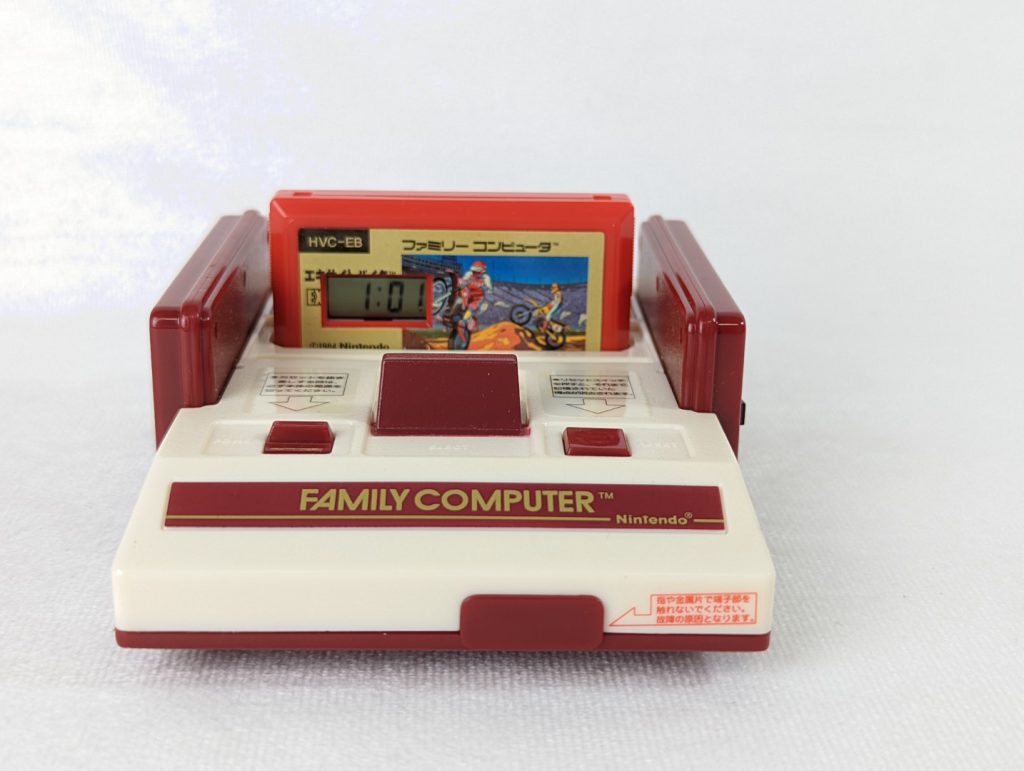 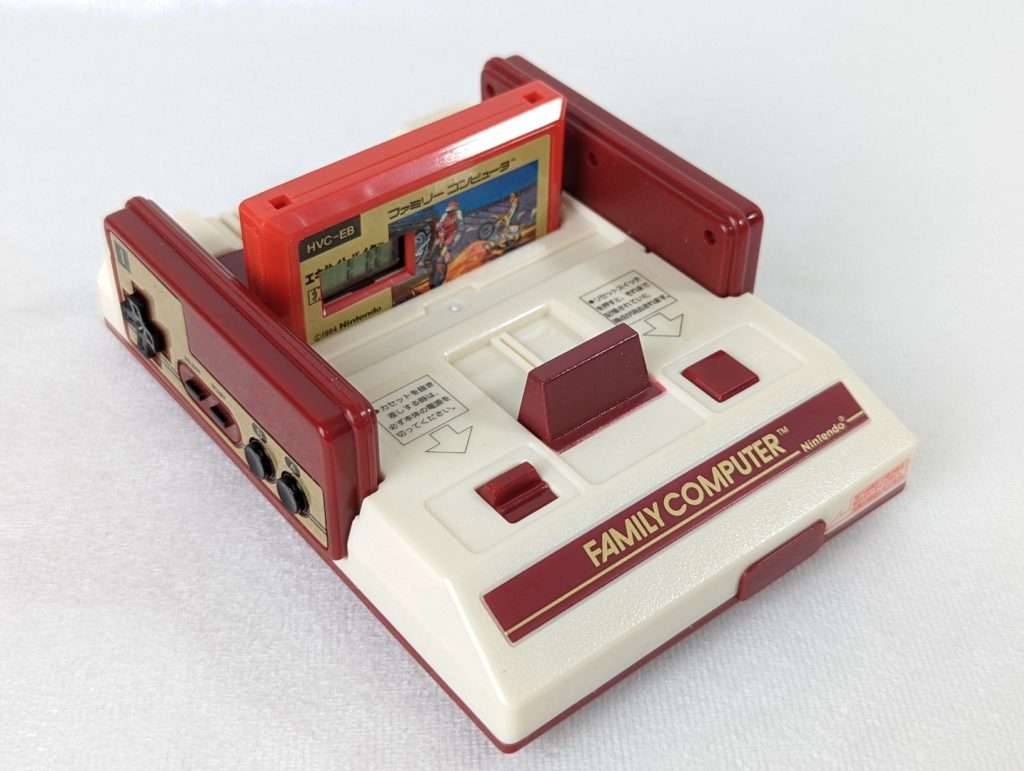 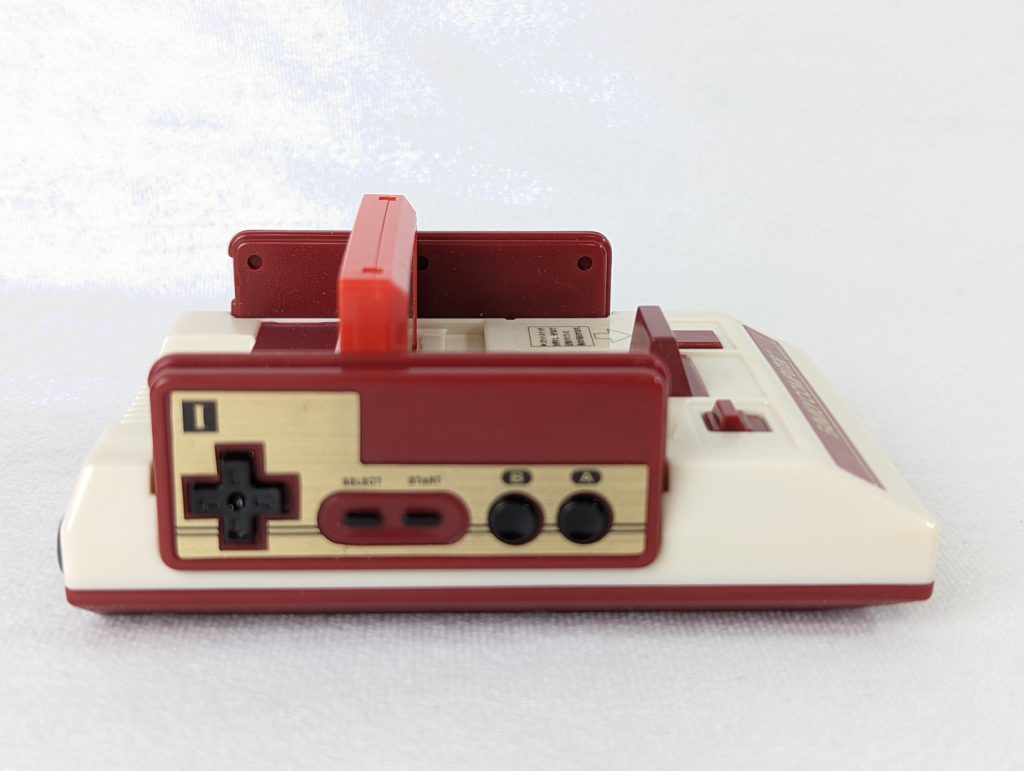 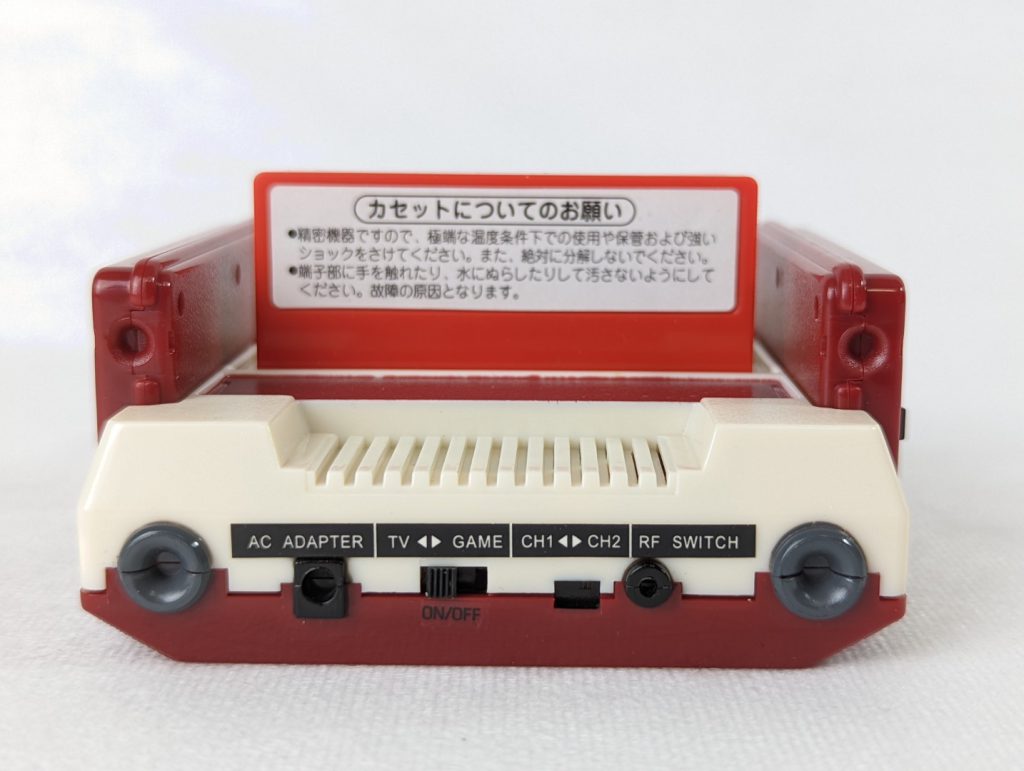 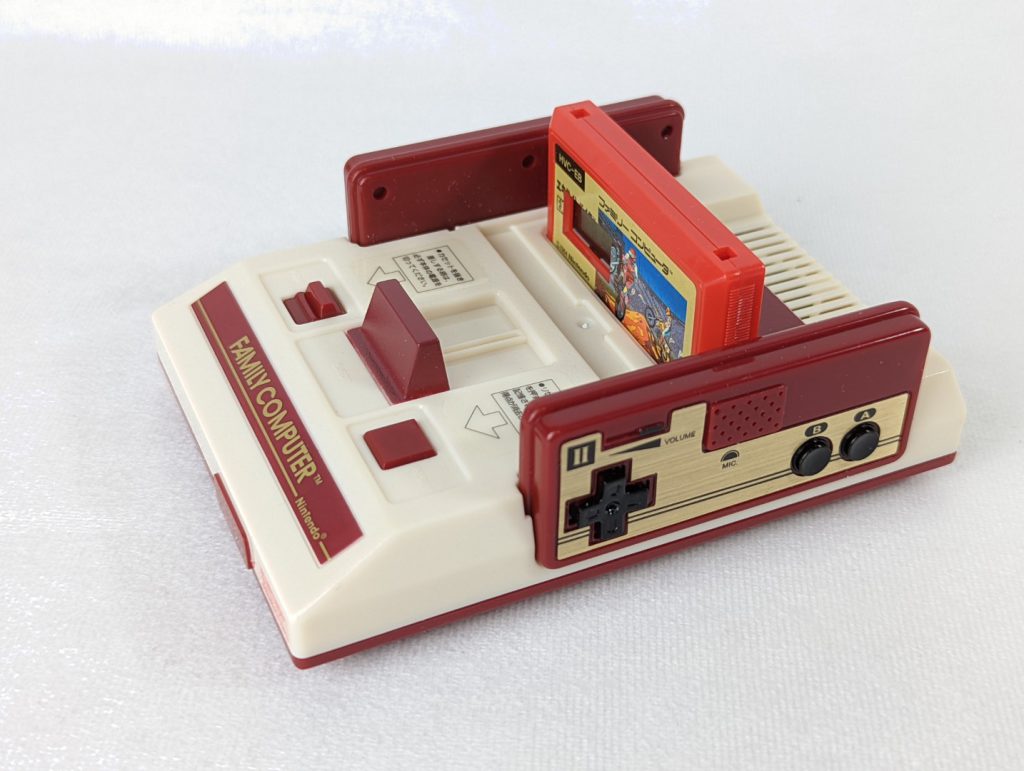 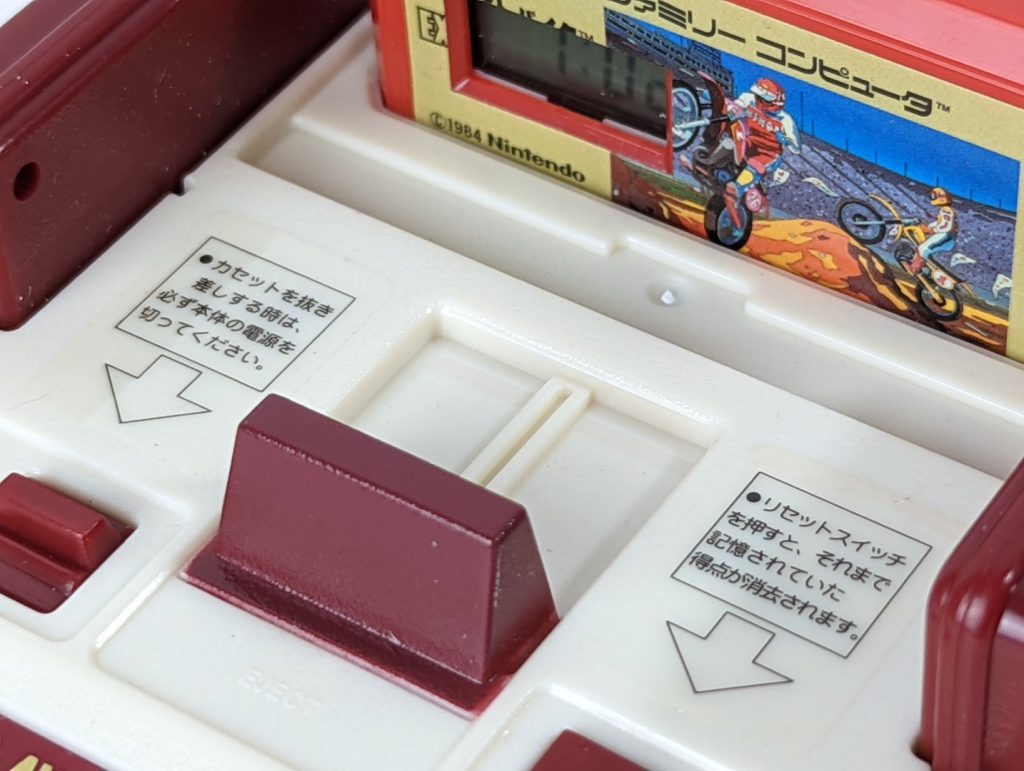 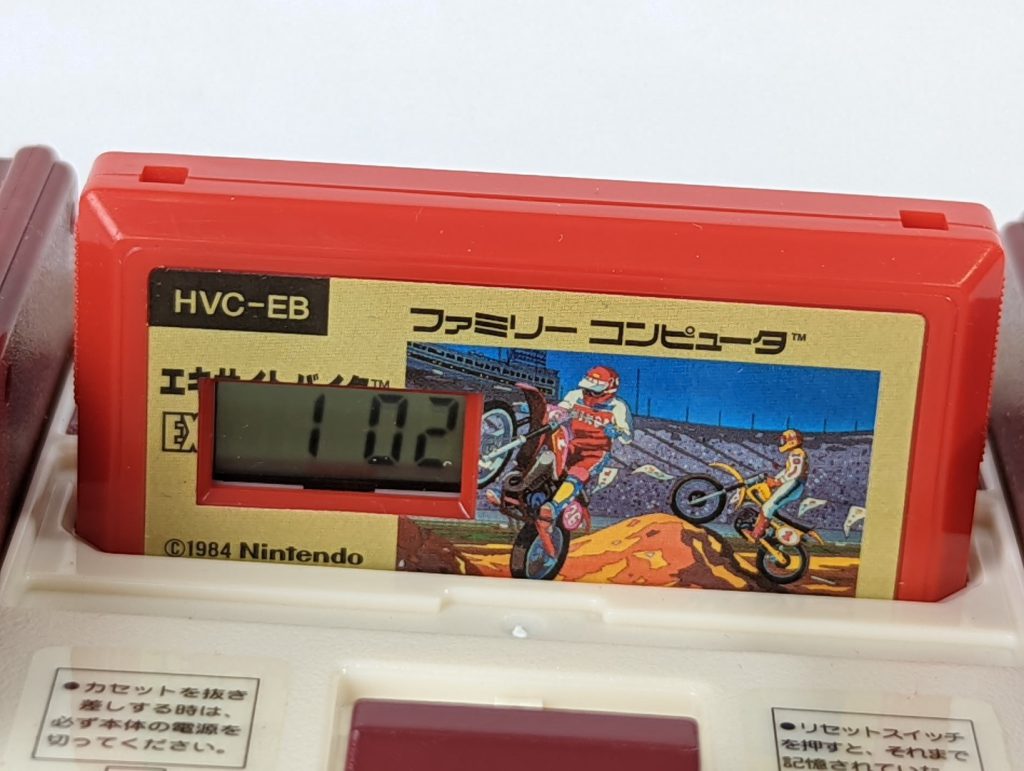 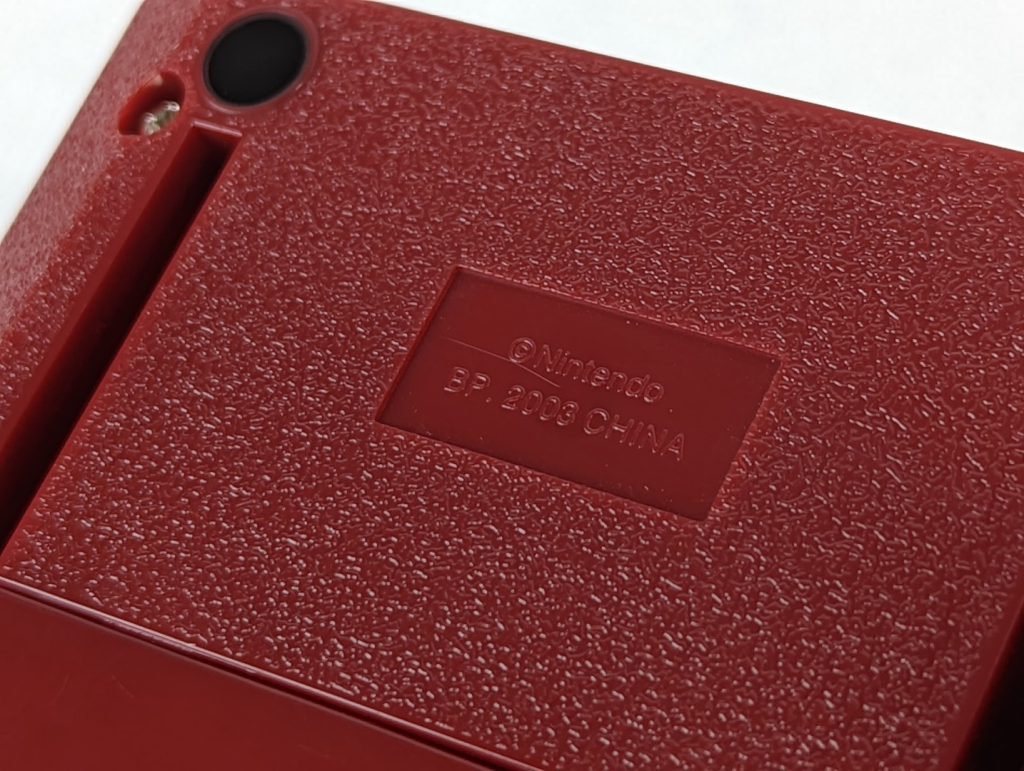 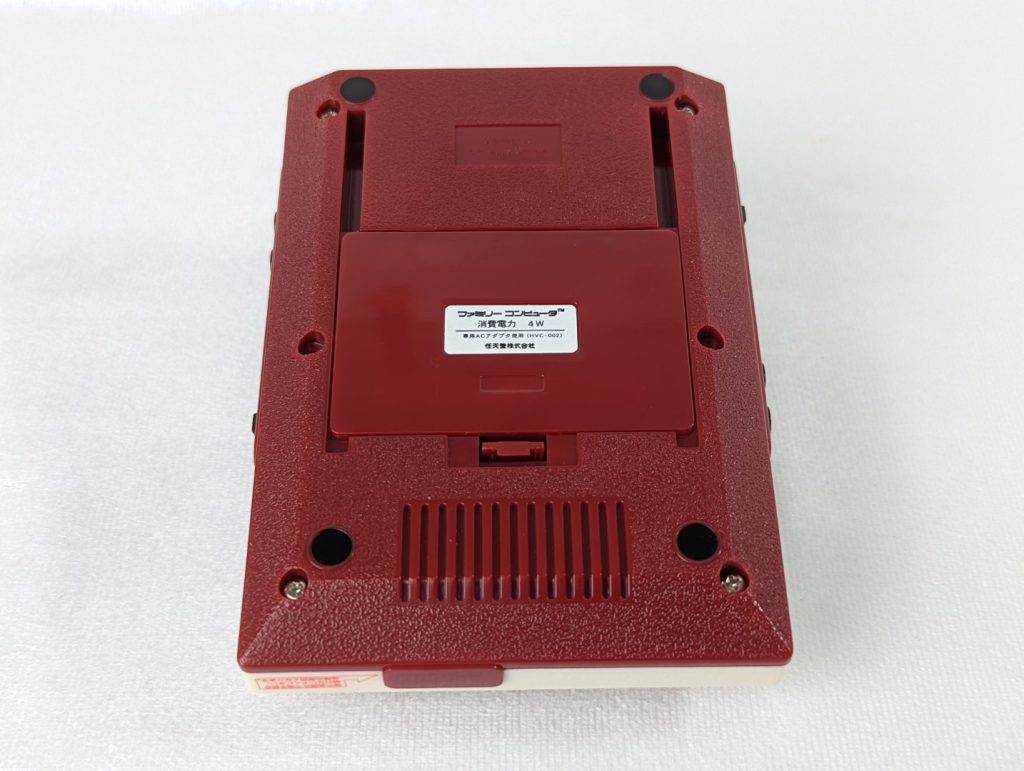 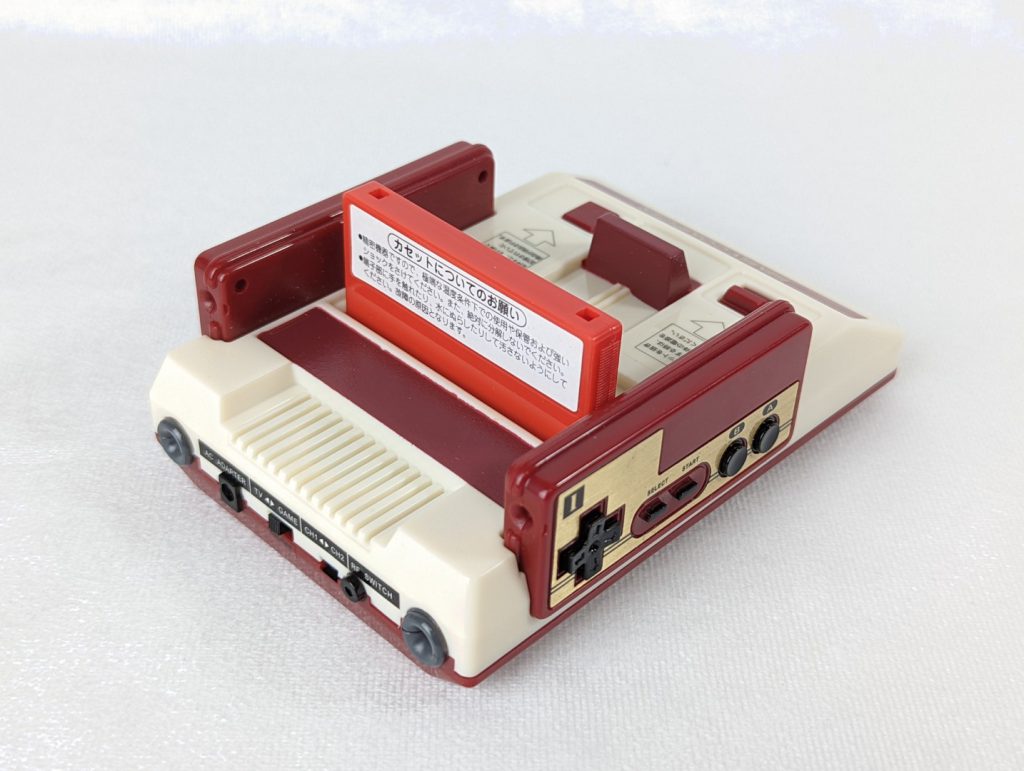 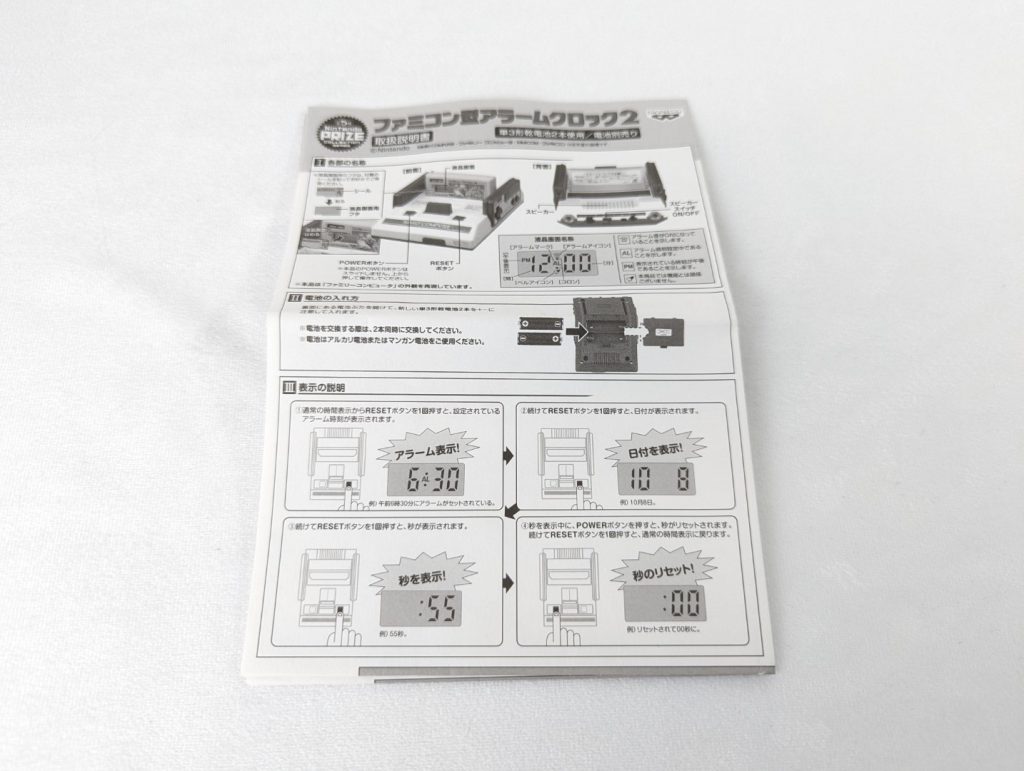 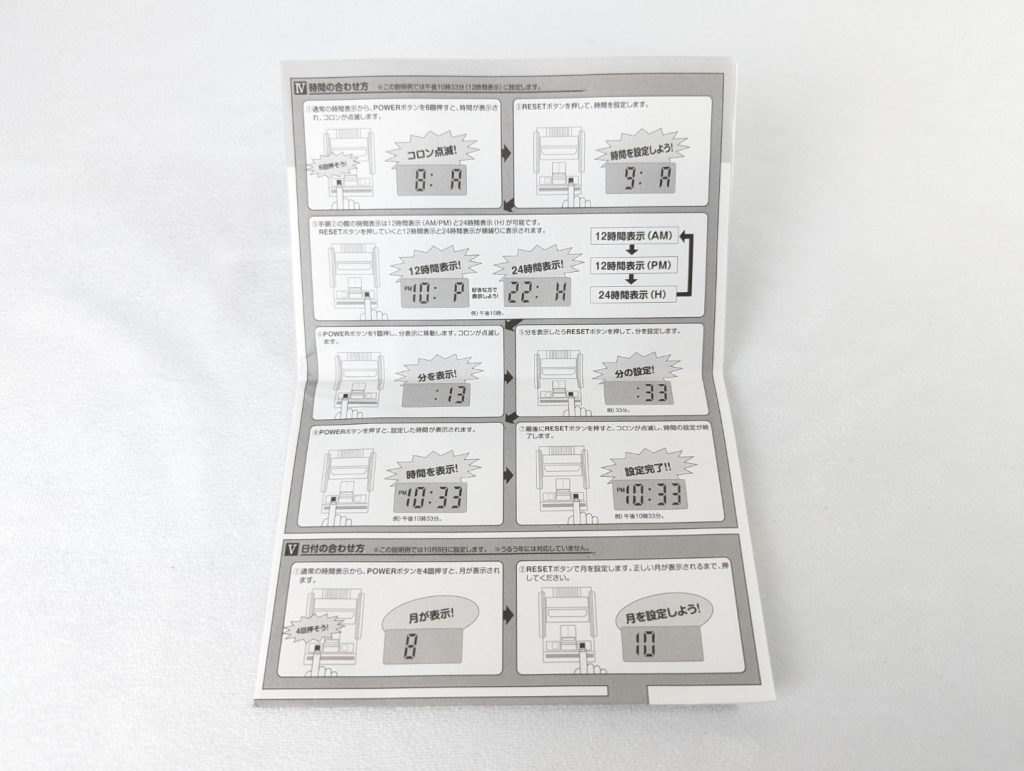 A 1990s official Japanese alarm clock in the shape of a Nintendo Famicom console, with a mock up of the Exicebike famicom cartridge as the clock display. Made by Banpresto and part of the Nintendo Prize Collector Series released only in Japan