The Atari Lynx is a 8/16-bit handheld game console that was released by Atari in September 1989.

It was the world’s first handheld electronic game with a color LCD. It was also notable for its advanced graphics and ambidextrous layout. The Lynx competed with the Game Boy, as well as the Game Gear and TurboExpress, both released the following year. It was discontinued in 1995.

The Atari Lynx’s innovative features include being the first colour handheld, with a backlit display, a switchable right-handed/left-handed (upside down) configuration, and the ability to network with up to 15 other units via its Comlynx system.

The Lynx was cited as the “first gaming console with hardware support for zooming and distortion of sprites”.
Its pseudo-3D colour graphics display was said to be the key defining feature in the system’s competition against Nintendo’s monochromatic Game Boy. The fast pseudo-3D graphics features were made possible on a minimal hardware system by the designers inventing the technique for planar expansion/shrinking capability and using stretched, textured, triangles instead of full polygons.

In July 1991, Atari introduced the Lynx II with a new marketing campaign, new packaging, slightly improved hardware, better battery life and a new sleeker look. The new system (referred to within Atari as the “Lynx II”) featured rubber hand grips and a clearer backlit colour screen with a power save option (which turned off the LCD panel’s backlighting). It also replaced the monaural headphone jack of the original Lynx with one wired for stereo. The new packaging made the Lynx available without any accessories, dropping the price to $99. Although sales improved, Nintendo still dominated the handheld market.
The Lynx started off successfully however soon slowed. Lifetime sales by 1995 amounted to fewer than 7 million units when combined with the Game Gear. In comparison, the Game Boy sold 16 million units by 1995 because it was more rugged, cost half as much, had much longer battery life, was bundled with Tetris, and had a superior software library. 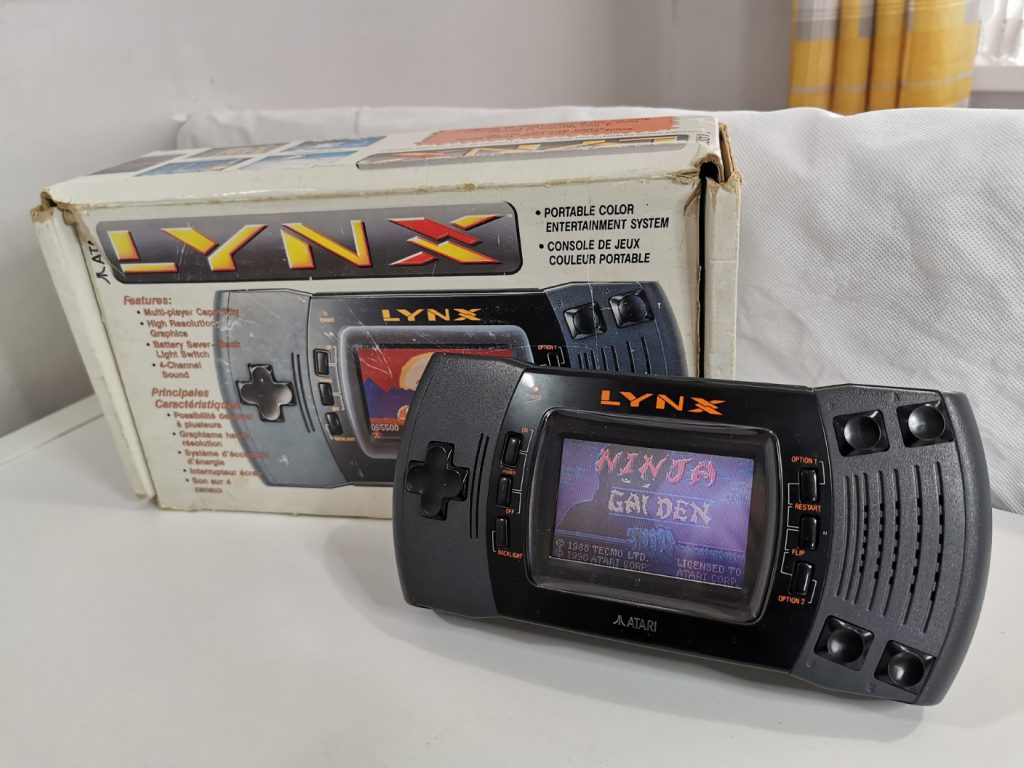 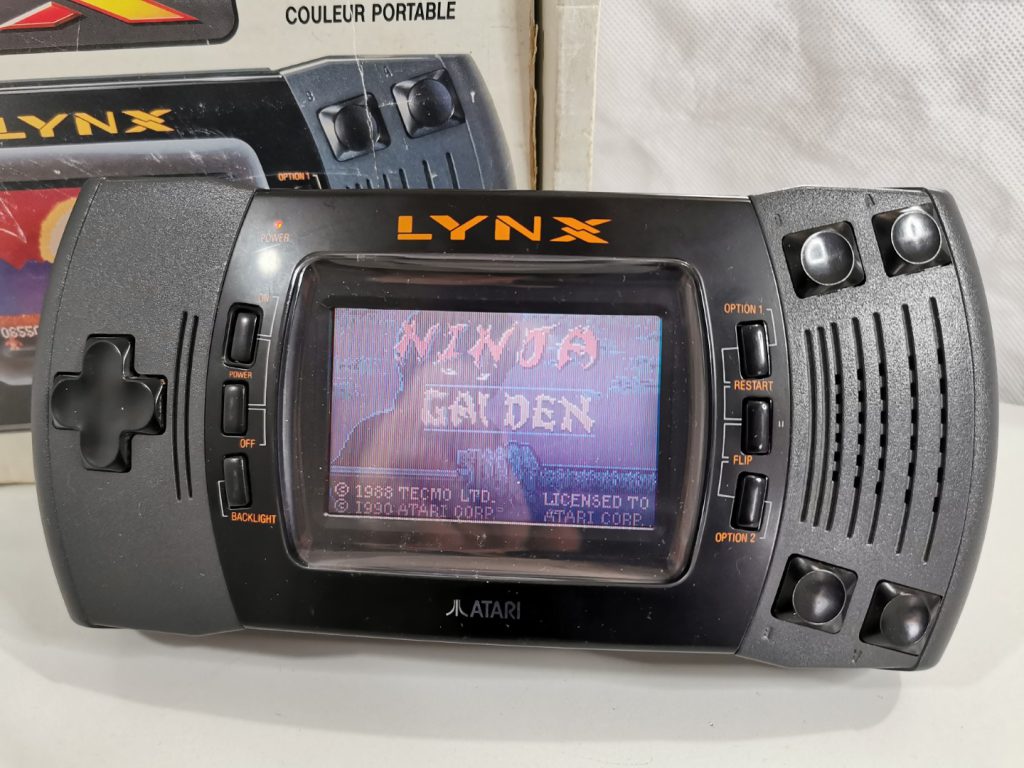 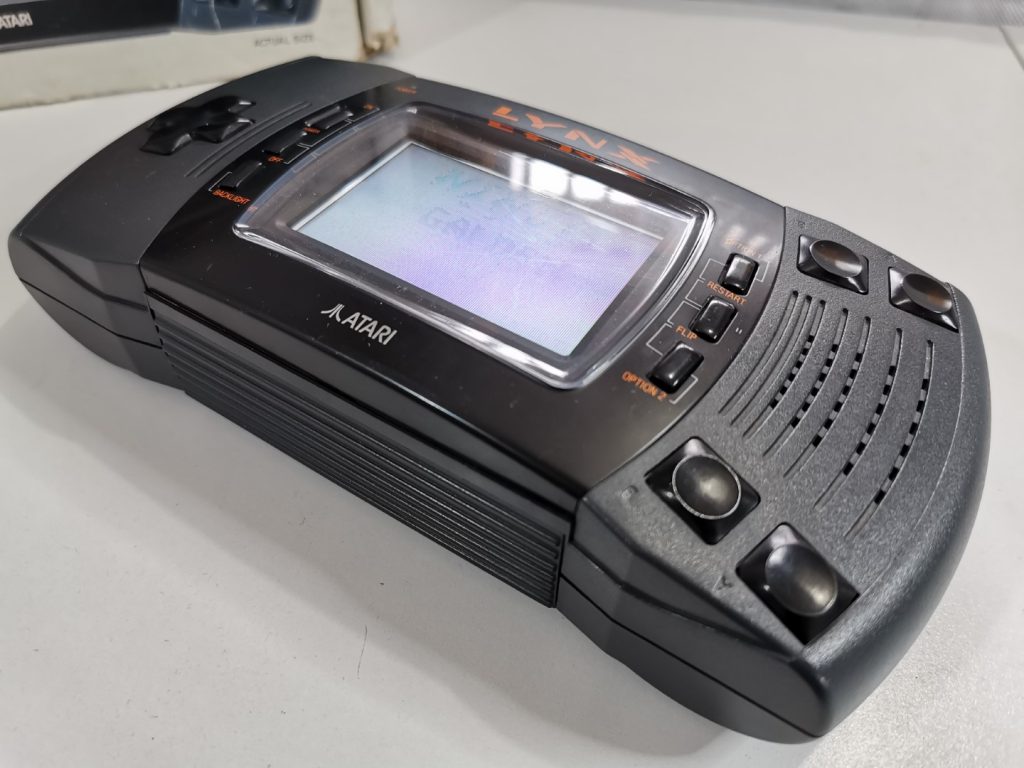 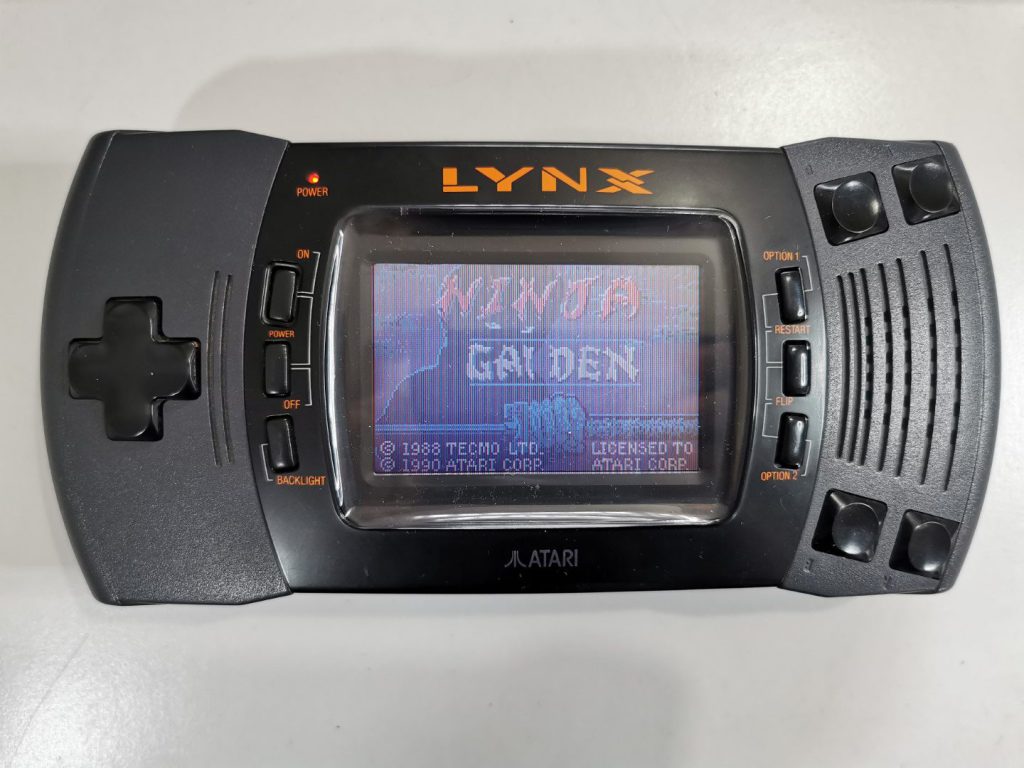 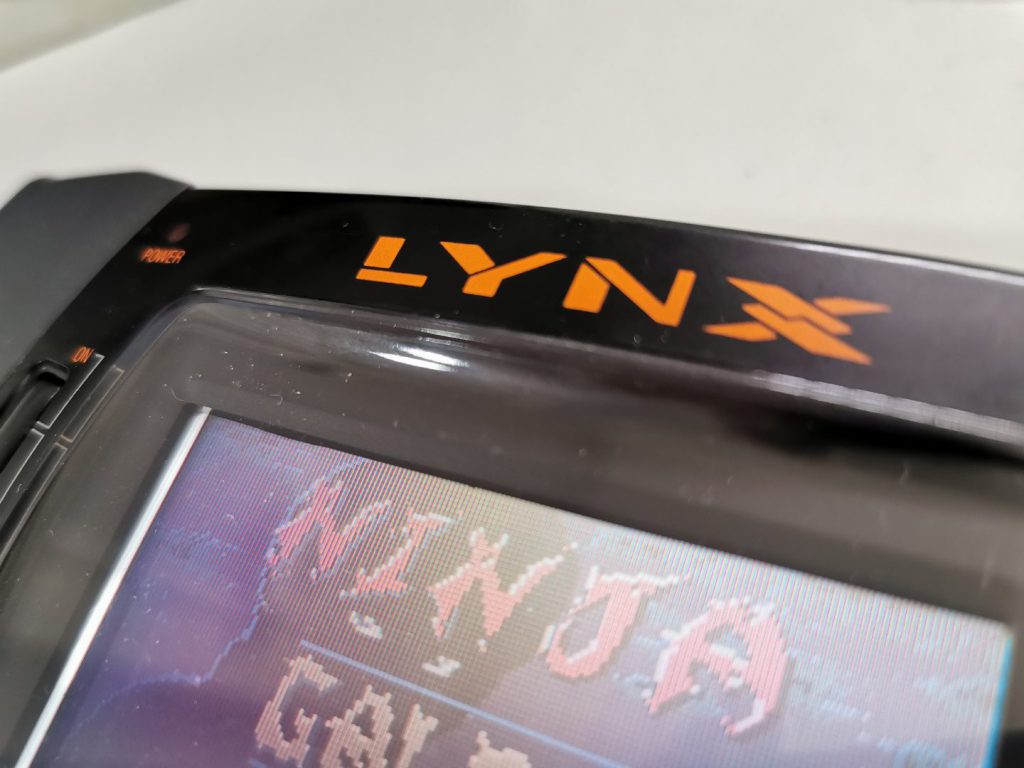 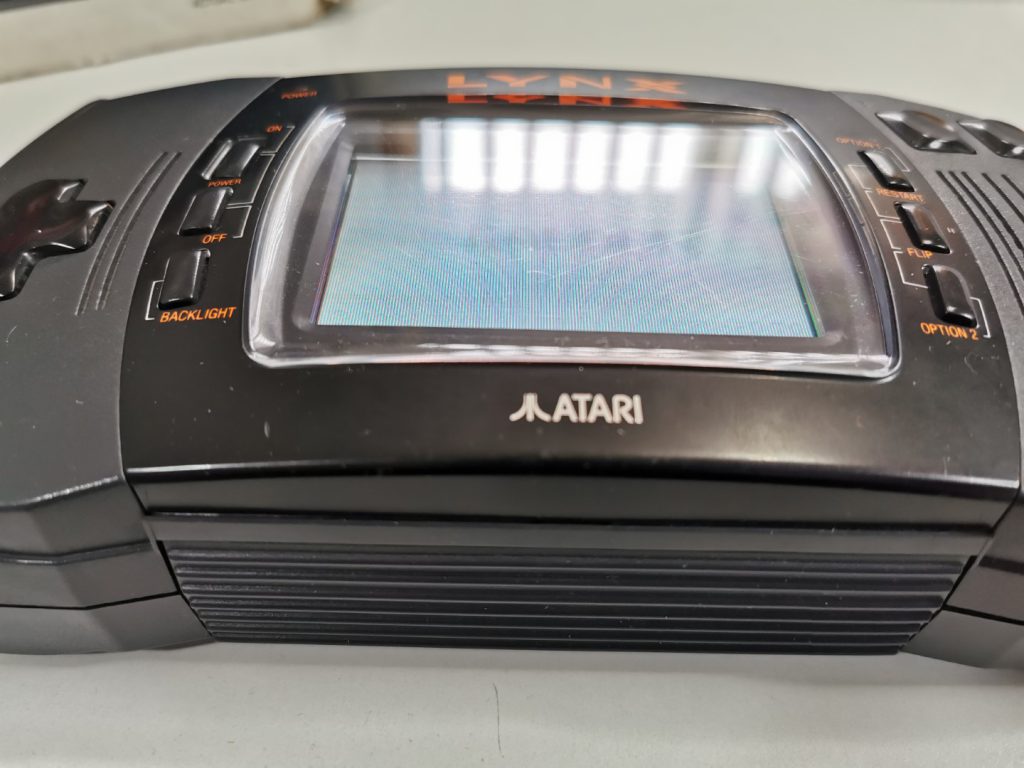 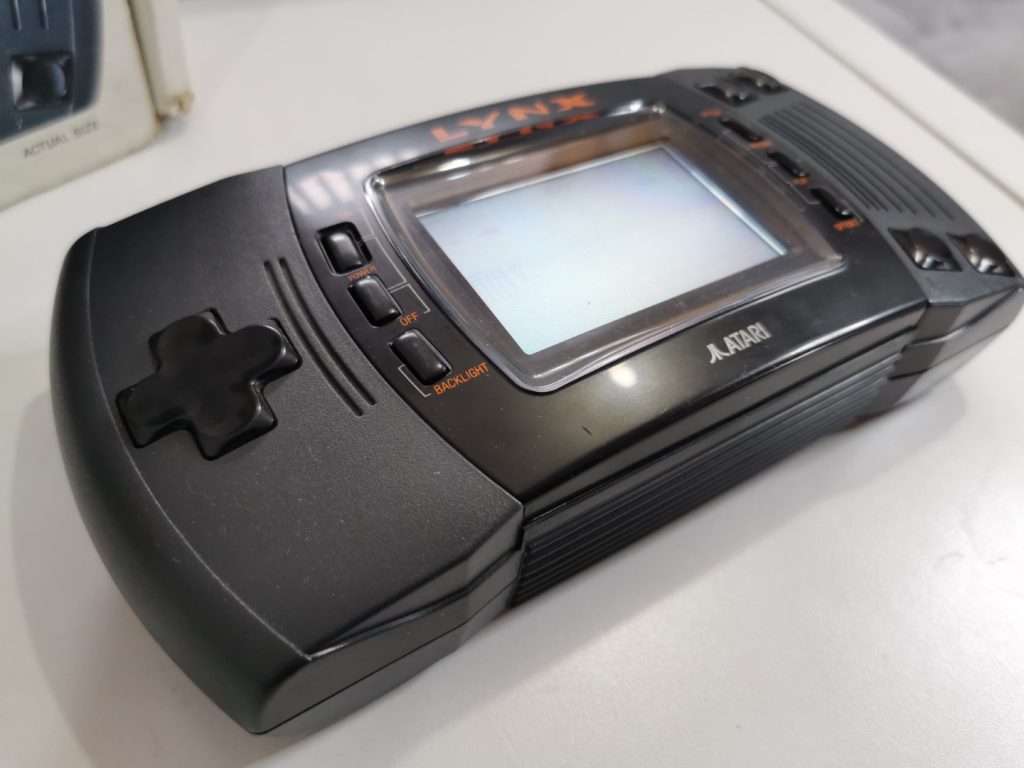 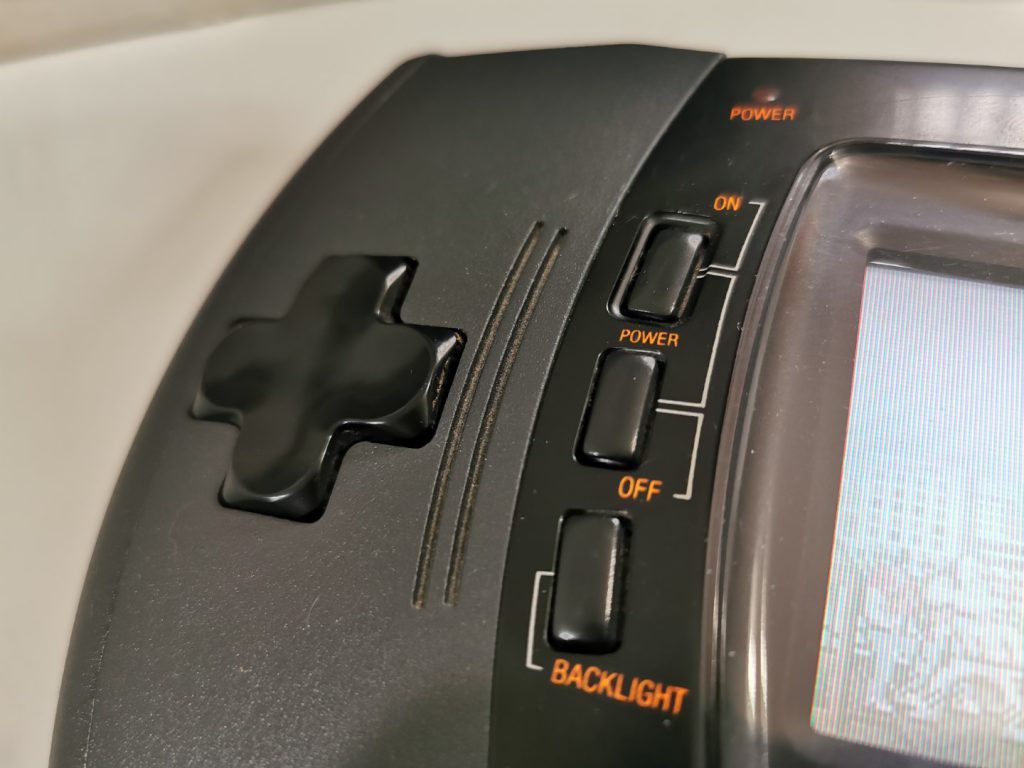 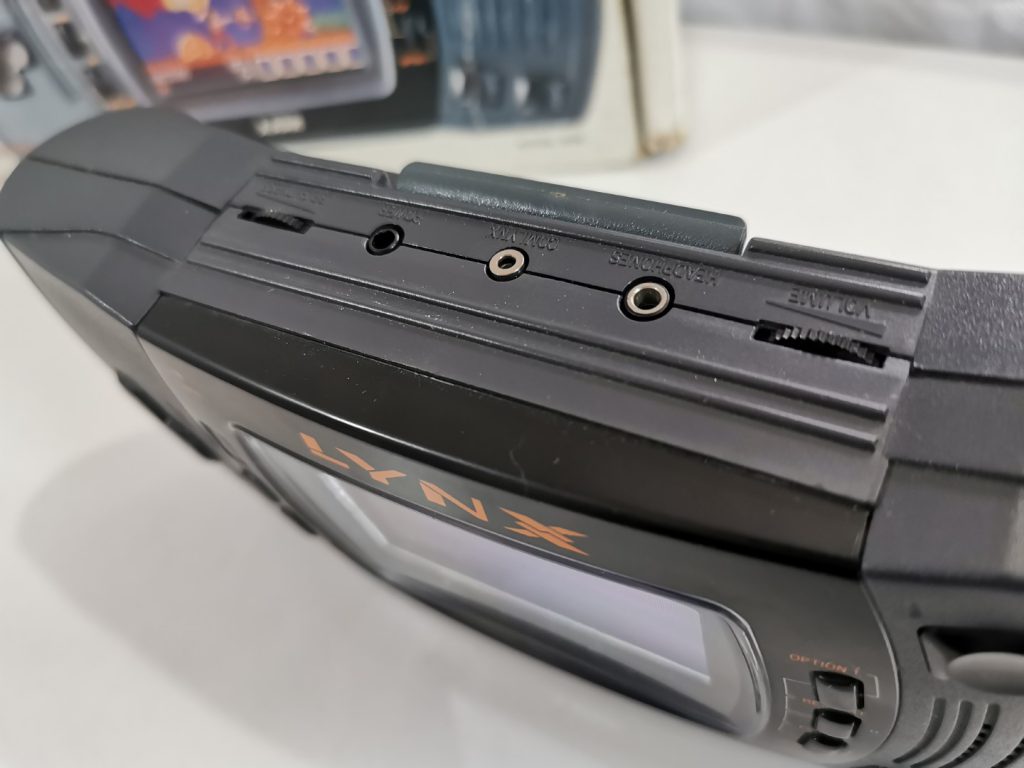 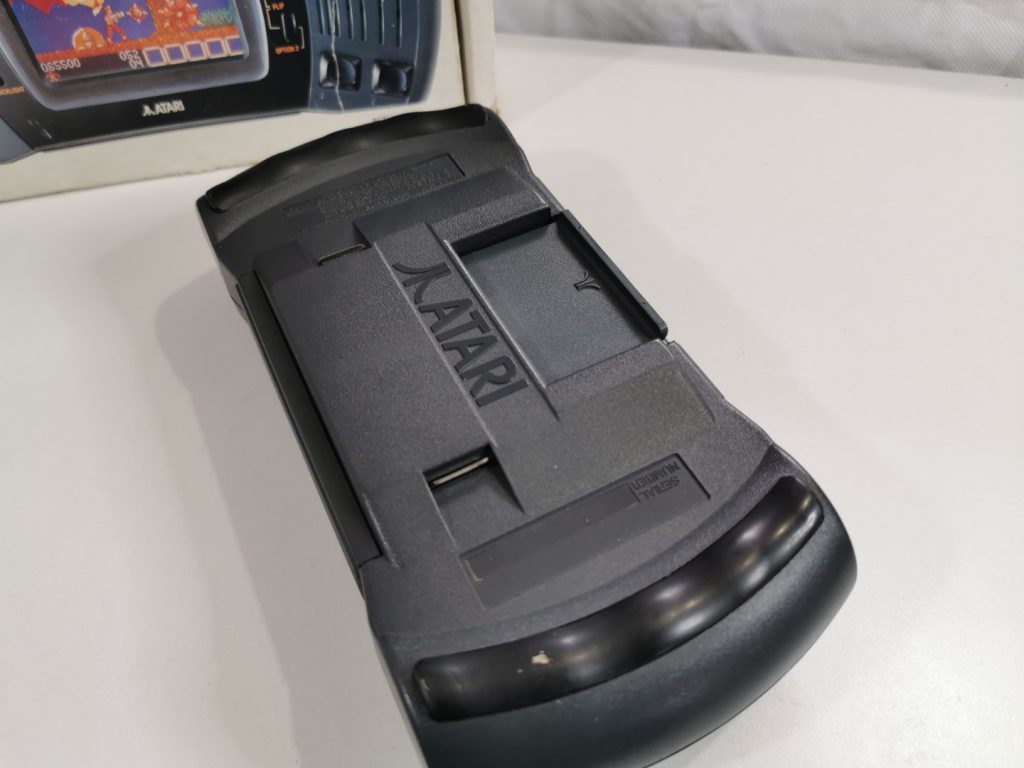 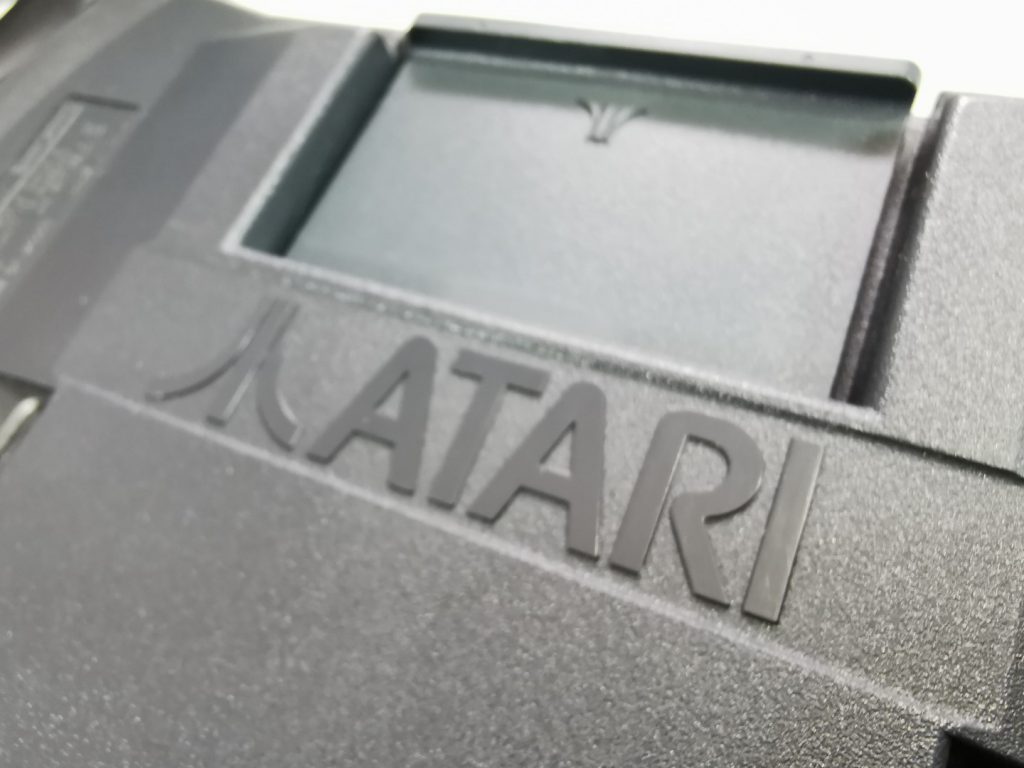 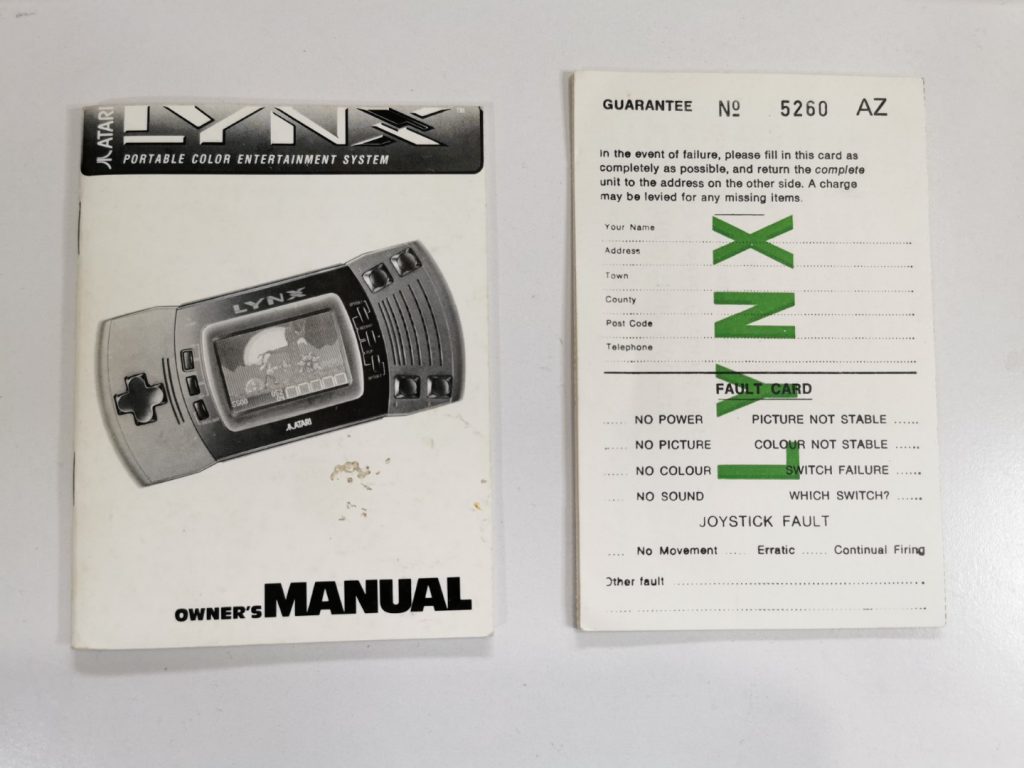 I never had an Atari Lynx when I was younger, it totally passed me by and I didn’t know it existed. It wasn’t until years later that it appeared on my radar. Getting it today I’m shocked by how large it is, its a beast of a console. Calling it “handheld” is pushing it slightly. The console looks and feels rugged and sturdy enough, and the screen is a lot clearer than the Sega Game Gears in my opinion. The cartridges the games come on look great and are very thin, which is very different than the cartridges for other systems of the time.