The PlayStation Portable is a handheld game console released in 2004, and is the first handheld installment in the PlayStation line of consoles. As a seventh generation console, the PSP competed with the Nintendo DS.

The system was the most powerful portable console when it was introduced, and was the first real competitor of Nintendo’s handheld consoles after many challengers such as Nokia’s N-Gage had failed.

The front of the console is dominated by the system’s 4.3-inch (110 mm) LCD screen. Also on the unit’s front are four PlayStation face buttons (Triangle, Cross, X, Square); the directional pad, the analog “nub”, and several other buttons. The system also has two shoulder buttons.

The PSP’s advanced graphics capabilities made it a popular mobile entertainment device, which could connect to the PlayStation 2 and PlayStation 3, any computer with a USB interface, other PSP systems, and the Internet. The PSP also had a vast array of multimedia features such as video playback, and has been considered a portable media player as well.

The PSP is the only handheld console to use an optical disc format – in this case, Universal Media Disc (UMD) – as its primary storage medium; both games and movies have been released on the format.

The PSP was received positively by critics, and sold over 80 million units in its lifecycle

Sony shut down access to the store from the PSP on March 31, 2016. Hardware shipments of the PSP ended worldwide in 2014; production of UMDs ended when the last Japanese factory producing them closed in late 2016. 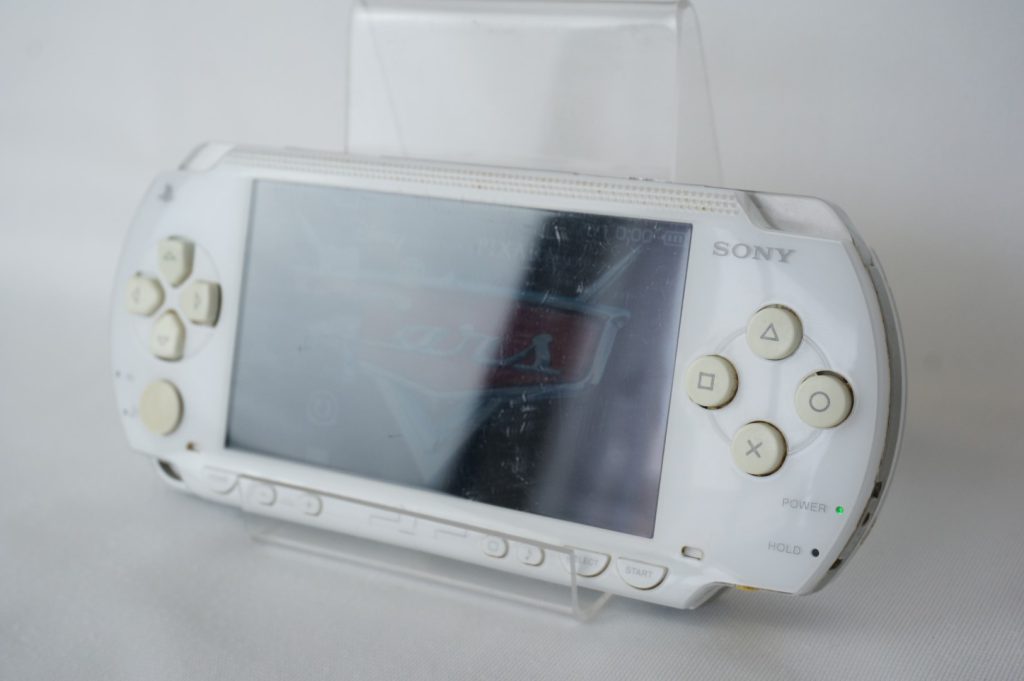 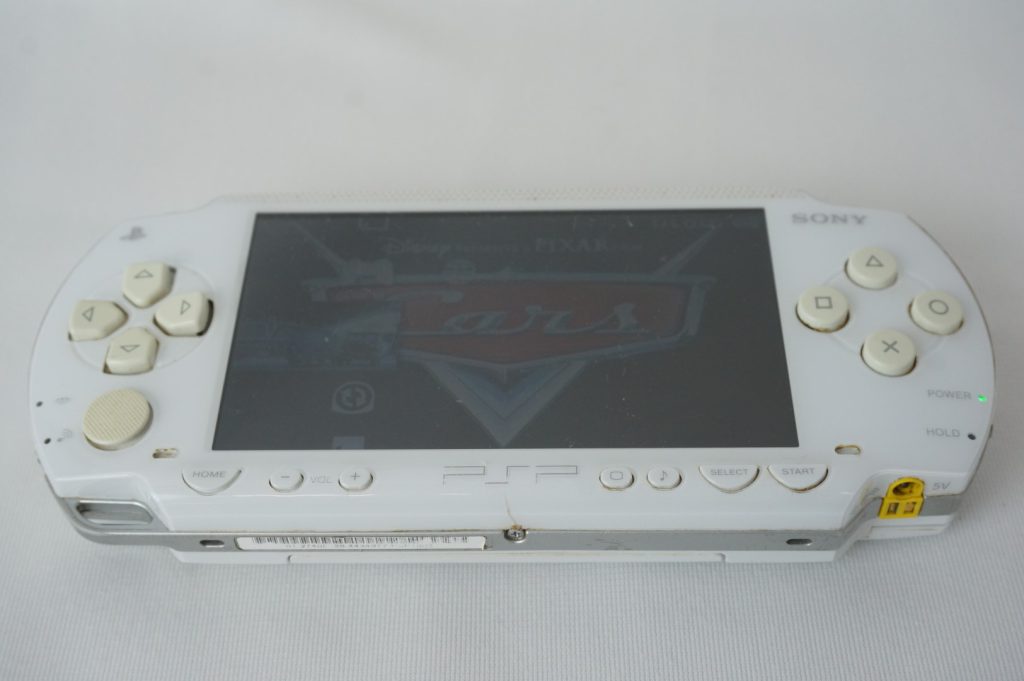 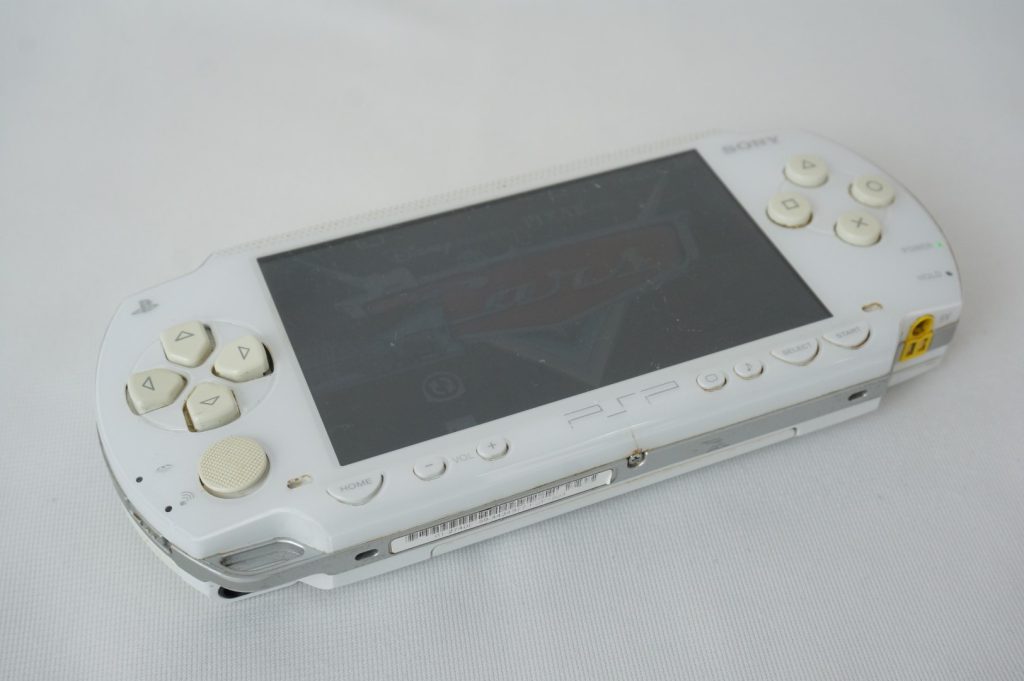 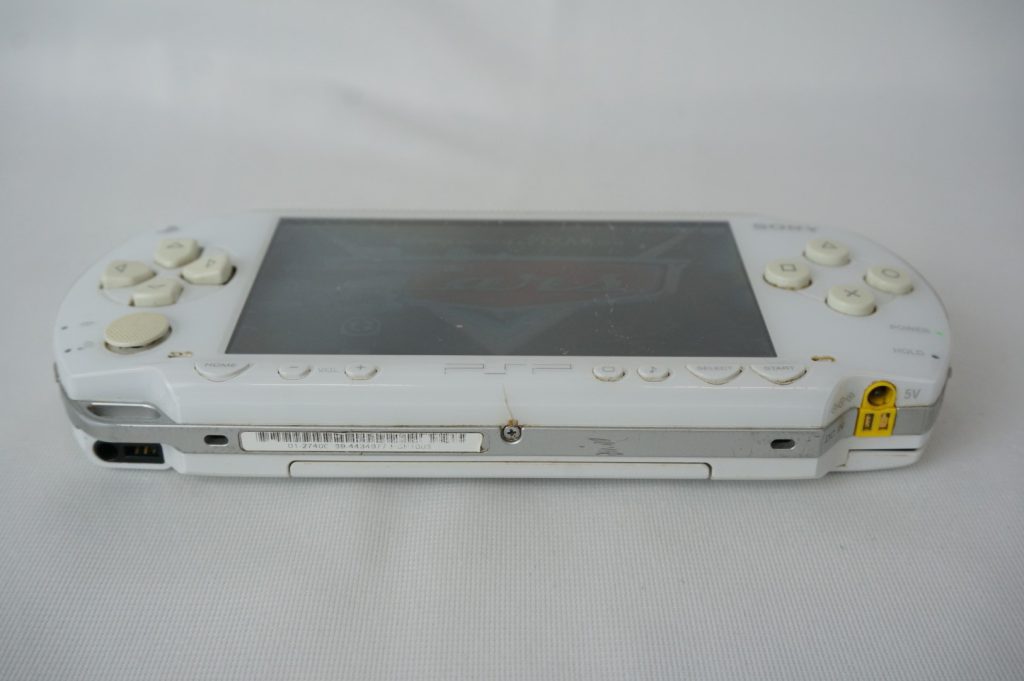 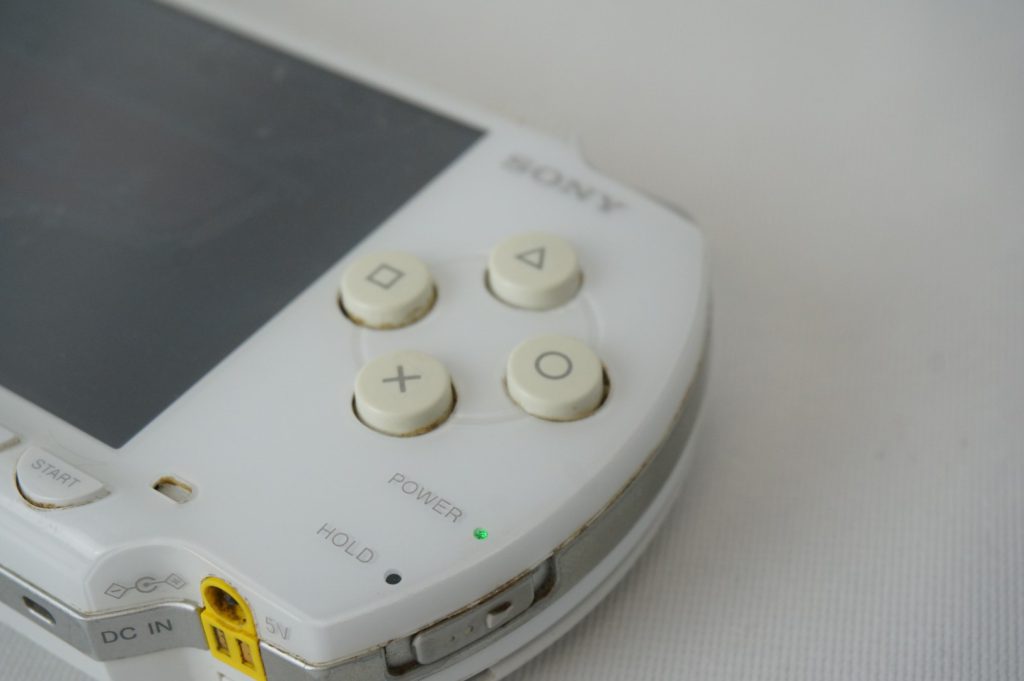 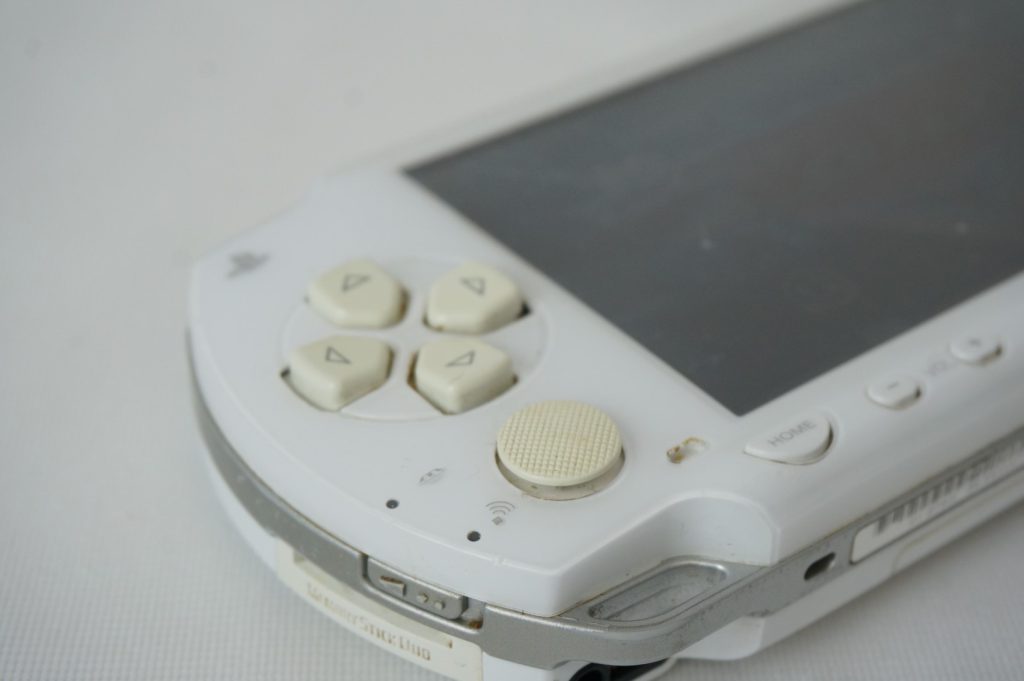 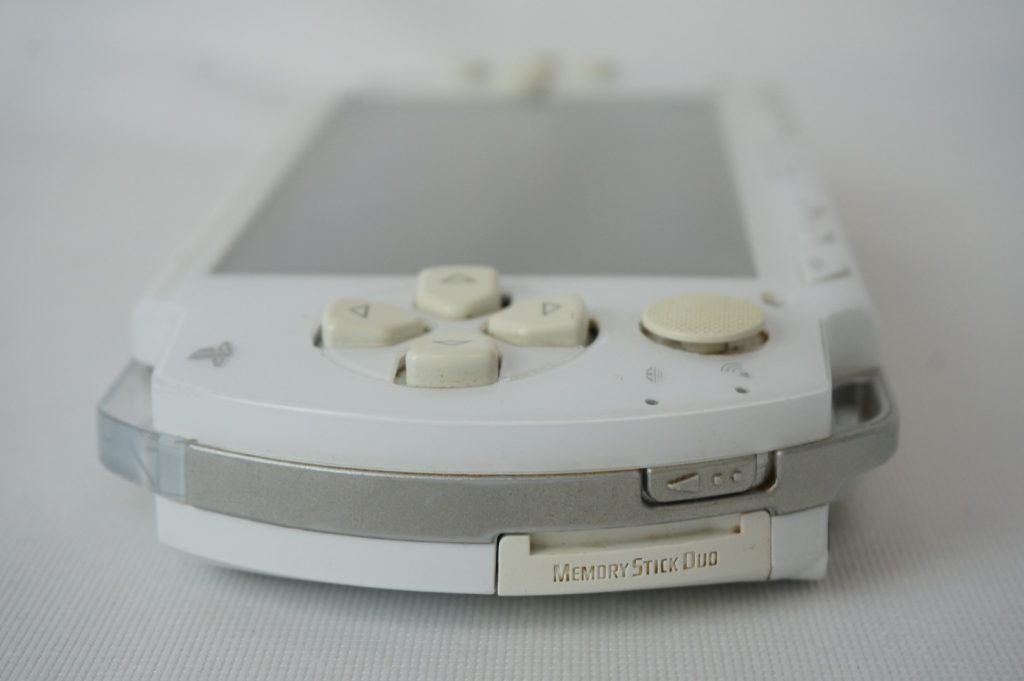 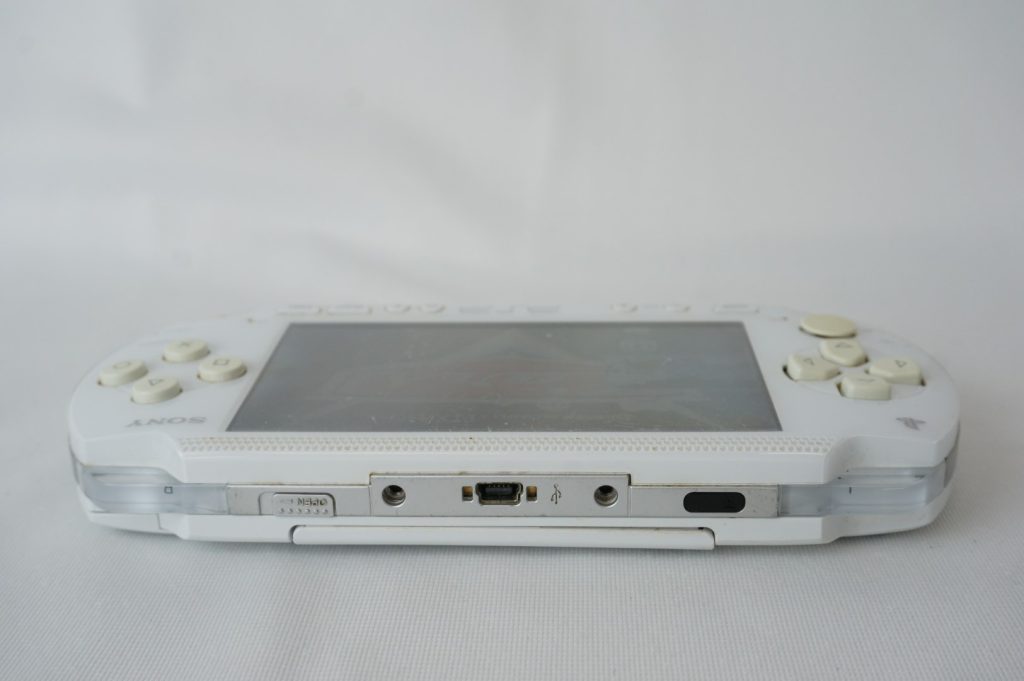 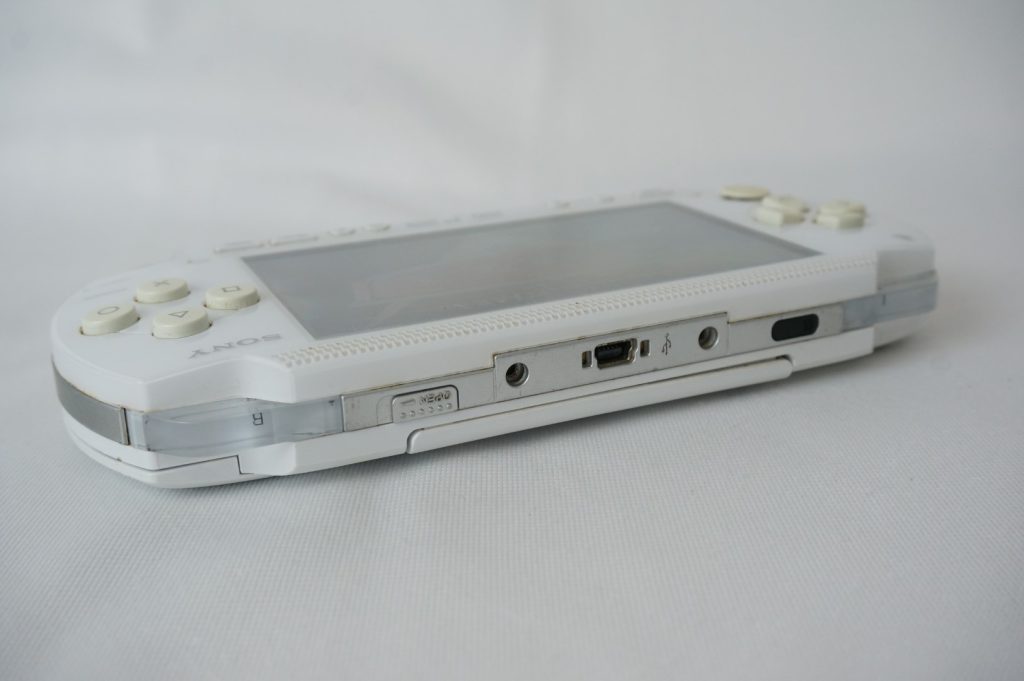 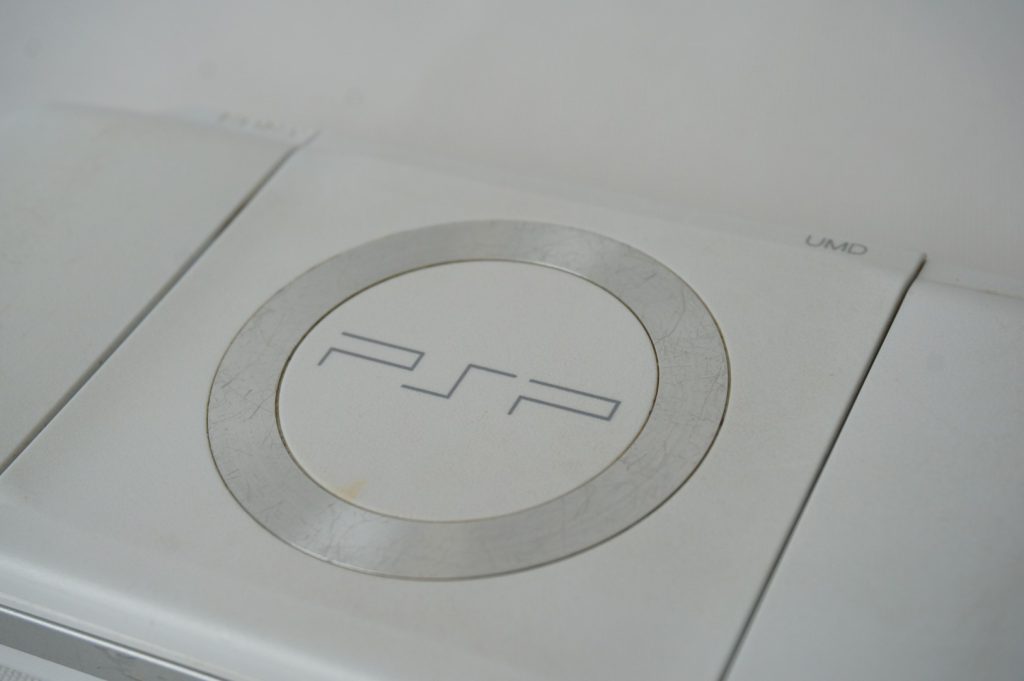 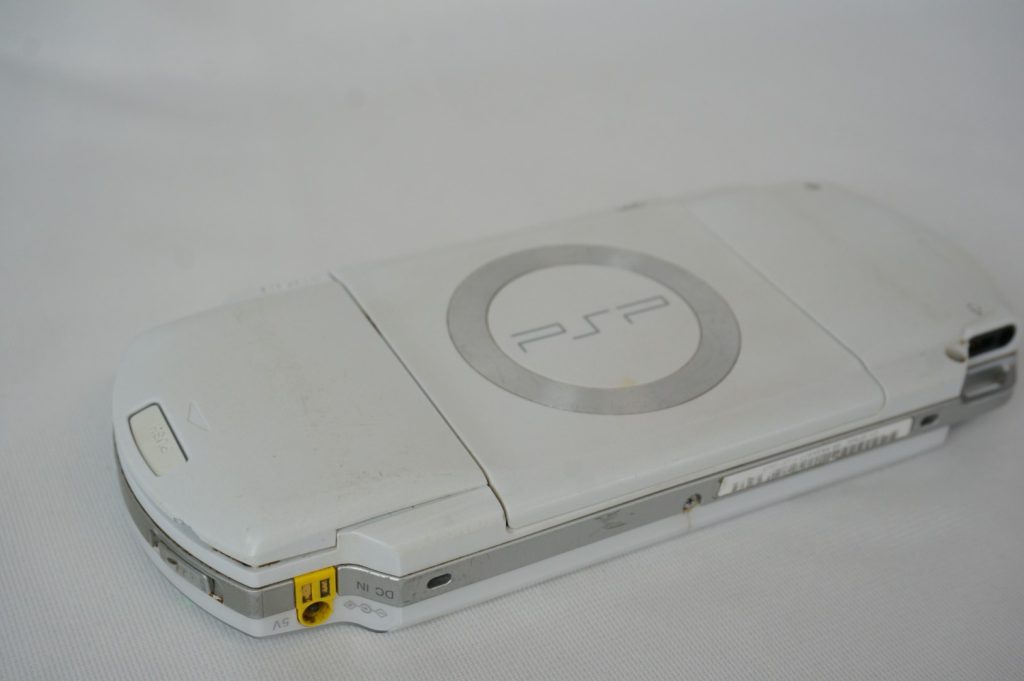 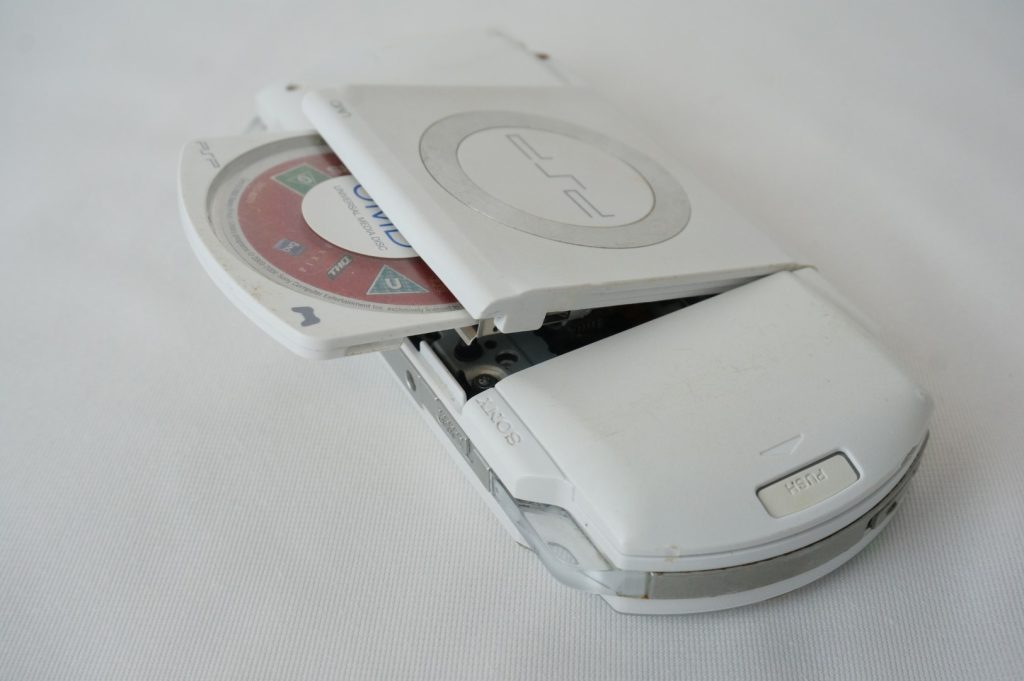 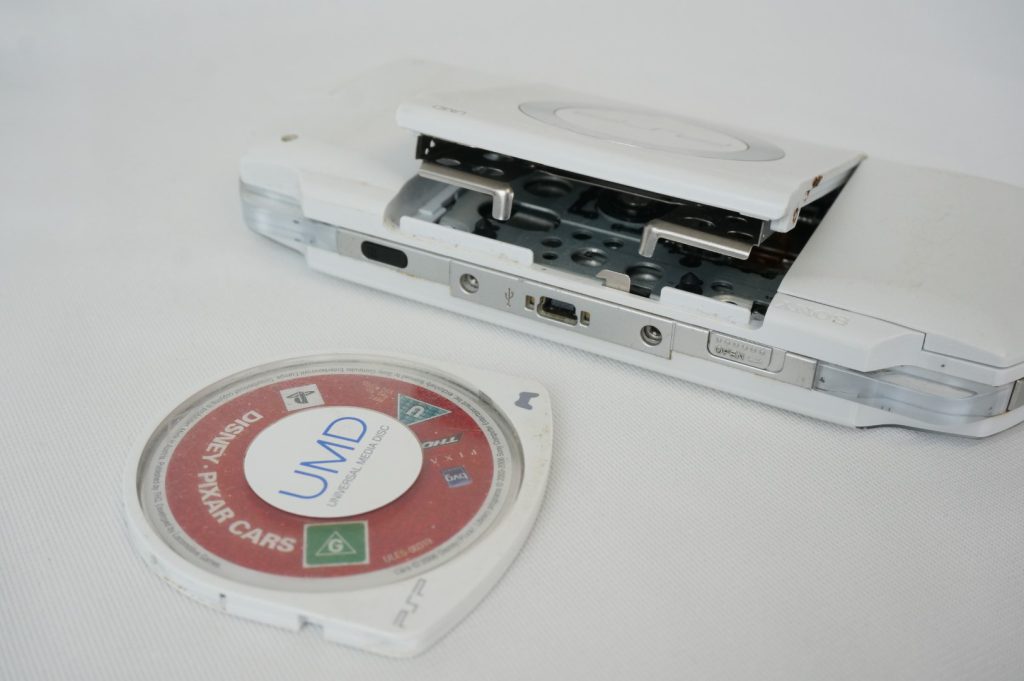 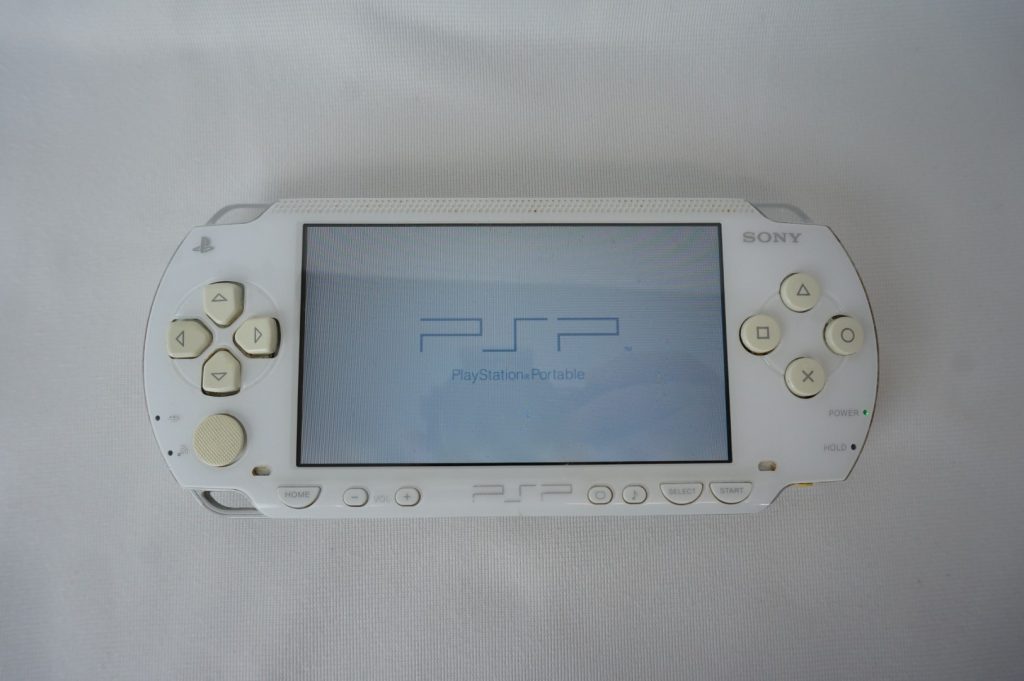 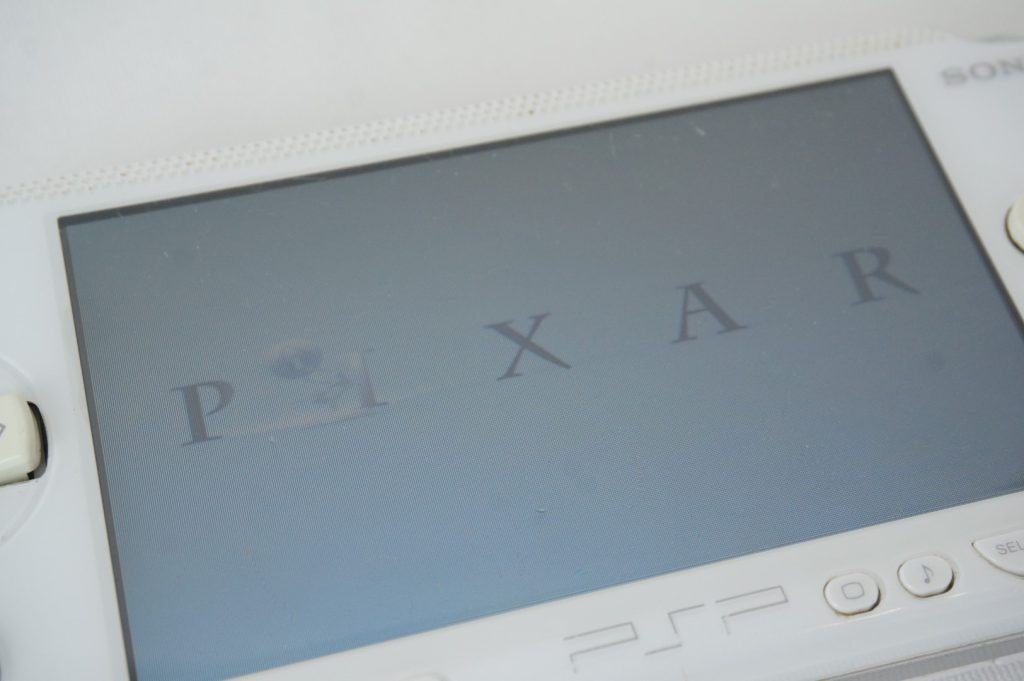 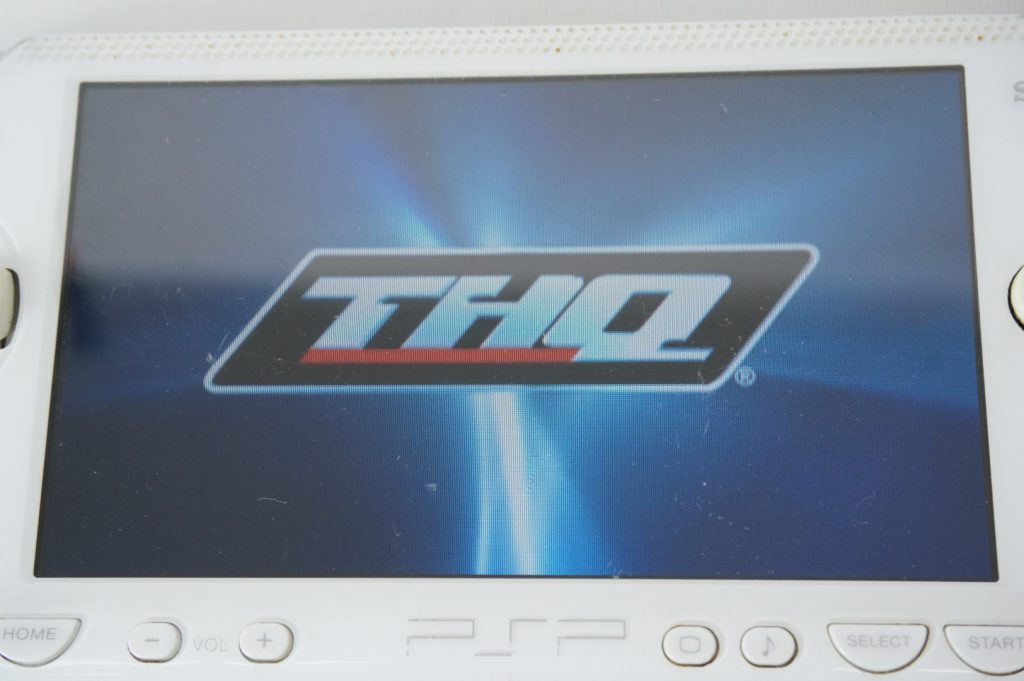 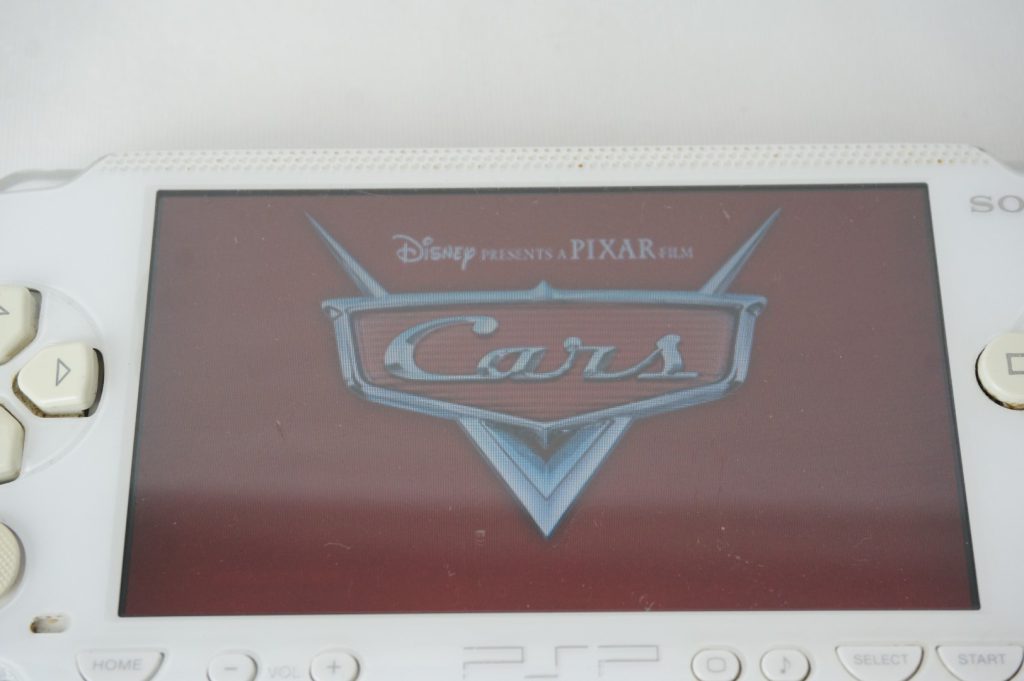 I have the original PSP-1000 model in white, The white colour really shows up all the dirt and grime that accumulates when you use the console. Also several of the buttons have yellowed over time. I wish I had the black version as I much prefer the look over the white one. 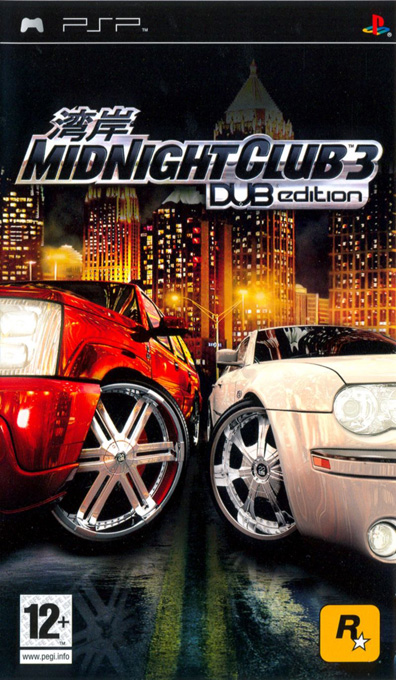 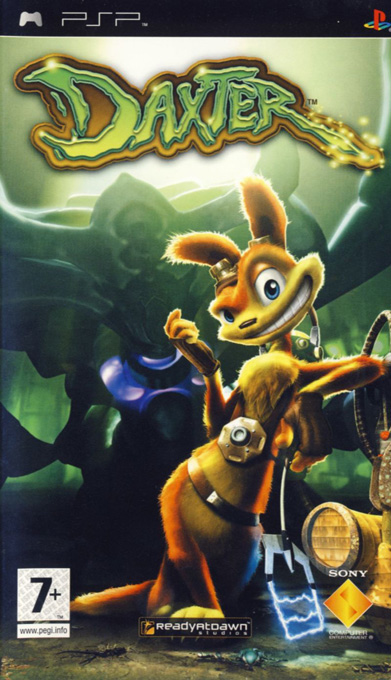 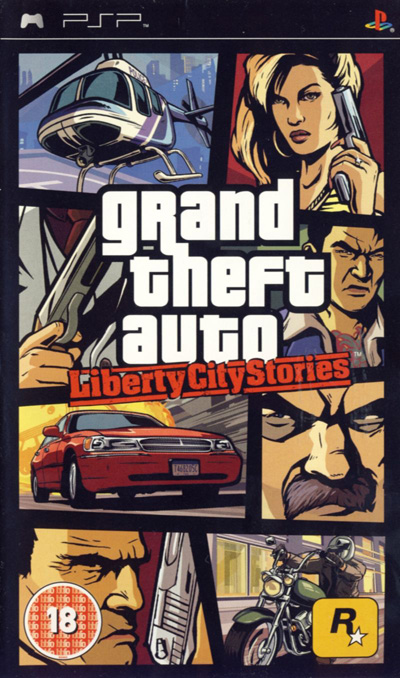 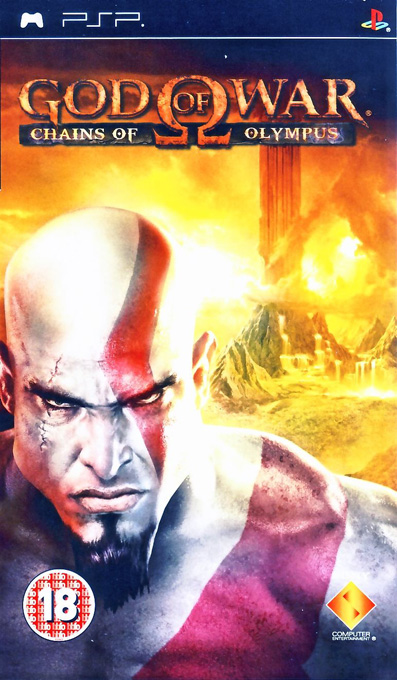 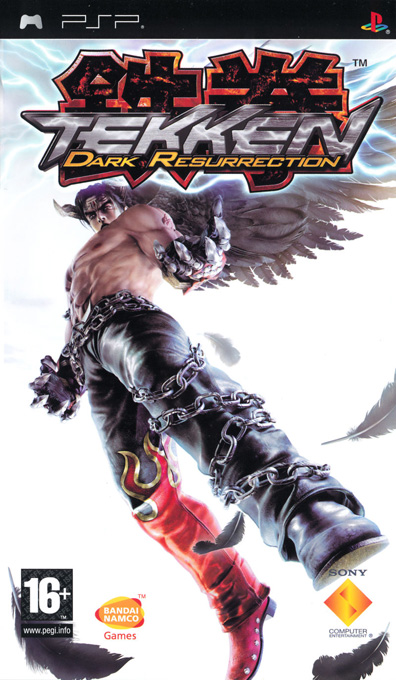 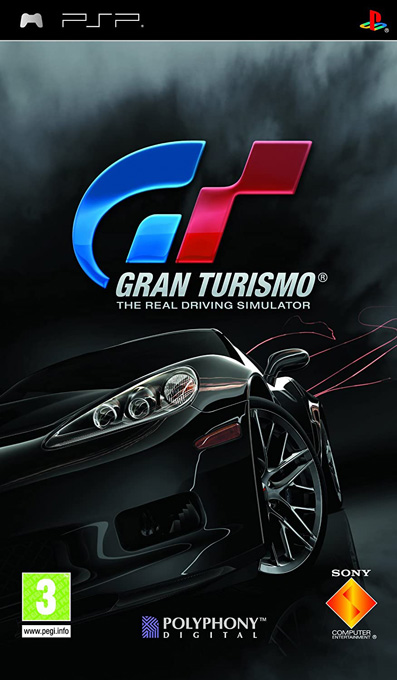 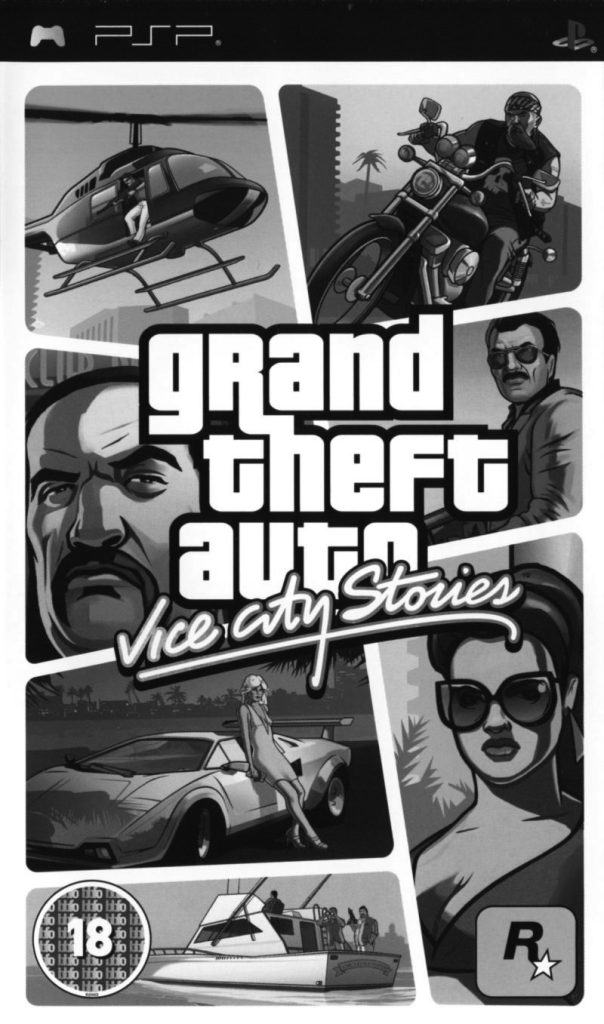 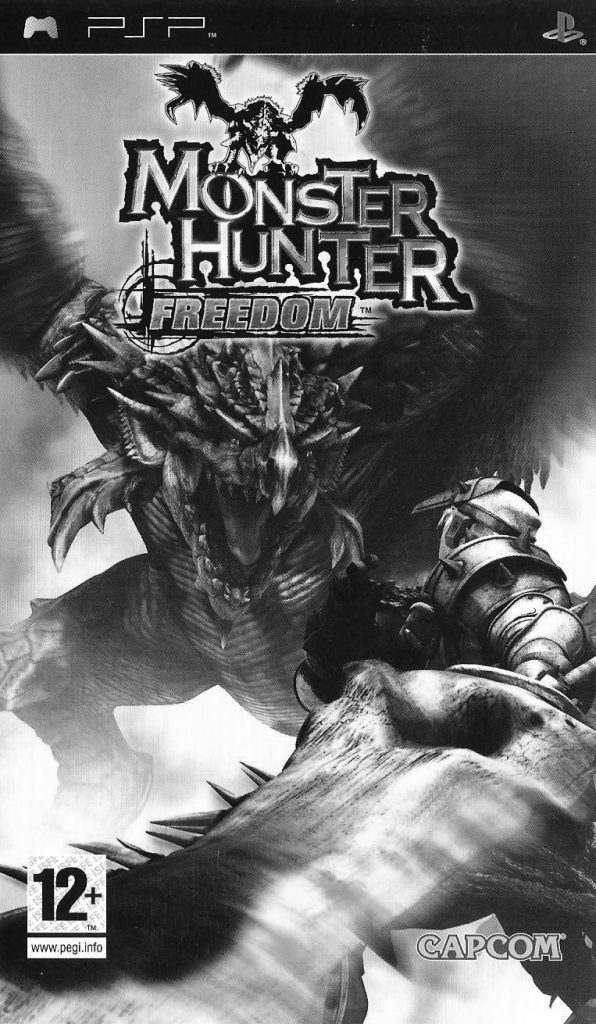 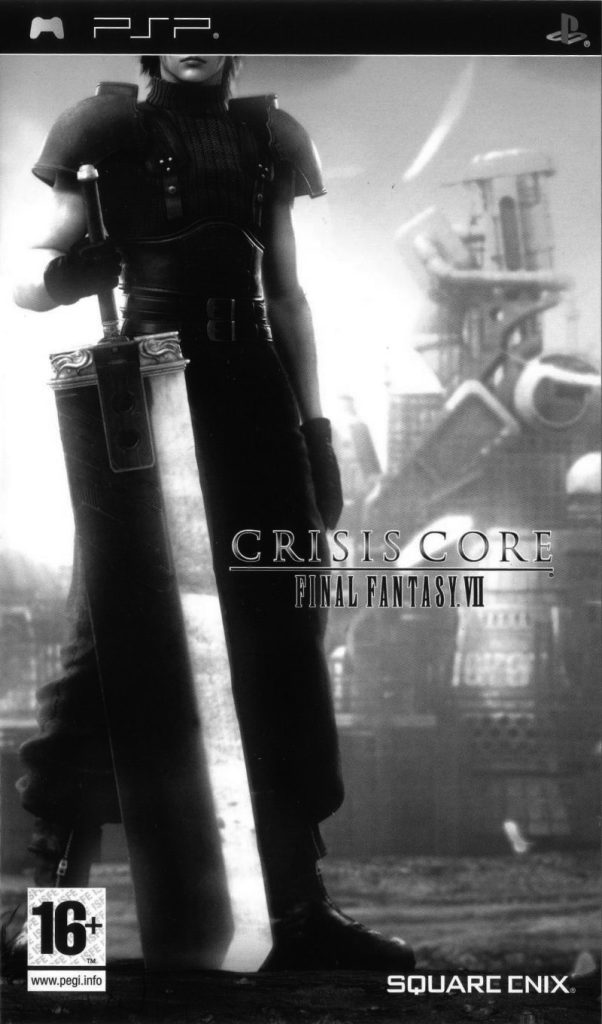 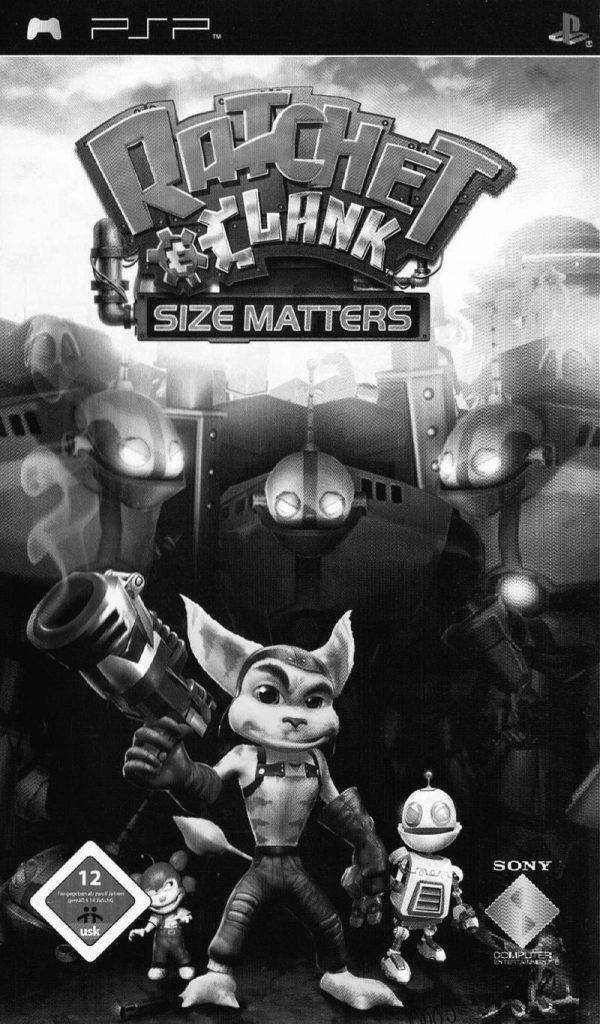