The Nintendo DS is a handheld game console released in 2004. Its main competitor was Sony’s PlayStation Portable during the seventh generation of video game consoles.

Prior to its release, the Nintendo DS was marketed as an experimental “third pillar” in Nintendo’s console lineup, meant to complement the Game Boy Advance family and GameCube. However, backward compatibility with Game Boy Advance titles and strong sales ultimately established it as the successor to the Game Boy series.
The DS, introduced distinctive new features to handheld games: two LCD screens working in tandem (the bottom one being a touchscreen), a built-in microphone and support for wireless connectivity. Both screens are encompassed within a clamshell design similar to the Game Boy Advance SP.

The design of the Nintendo DS was greatly influenced by the dual screen Game & Watch games like Donkey Kong.
The lower display of the Nintendo DS is overlaid with a resistive touchscreen designed to accept input from the included stylus or the user’s fingers. The touchscreen lets users interact with in-game elements more directly than by pressing buttons.
The handheld features four lettered buttons (X, Y, A, B), a directional pad, and Start, Select, and Power buttons. On the top of the device are two shoulder buttons, a game card slot, a stylus holder and a power cable input. The bottom features the Game Boy Advance game card slot. The overall button layout resembles that of the Super Nintendo Entertainment System controller. When using backward compatibility mode on the DS, buttons X and Y and the touchscreen are not used as the Game Boy Advance line of systems do not feature these controls.
It also has stereo speakers providing virtual surround sound located on either side of the upper display screen. This was a first for a Nintendo handheld, as the Game Boy line of systems had only supported stereo sound through the use of headphones or external speakers. A built-in microphone is located below the left side of the bottom screen. 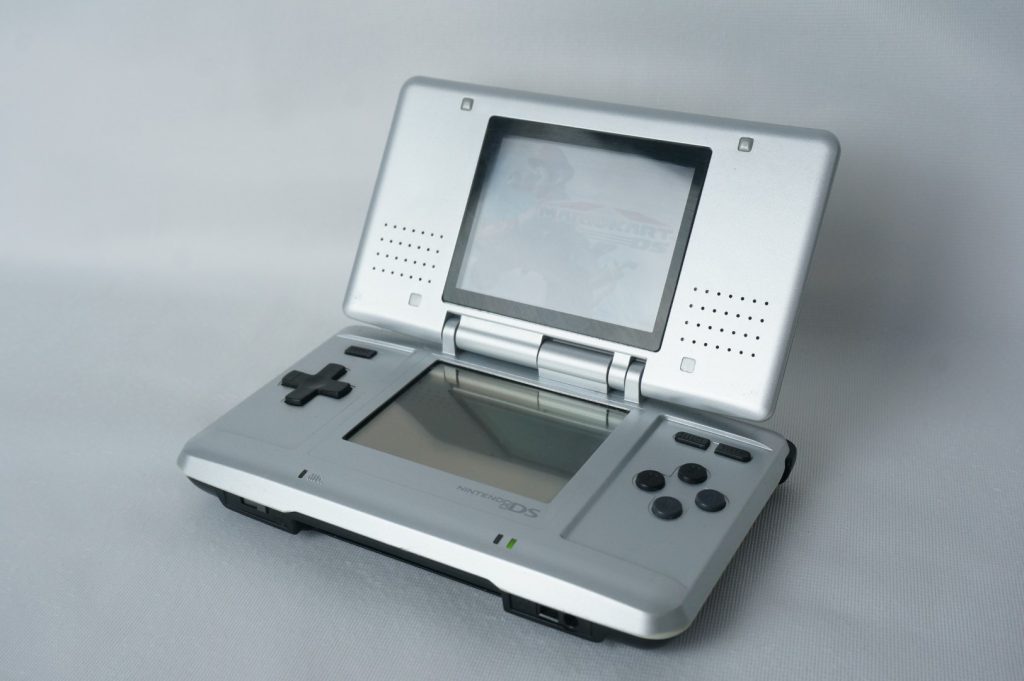 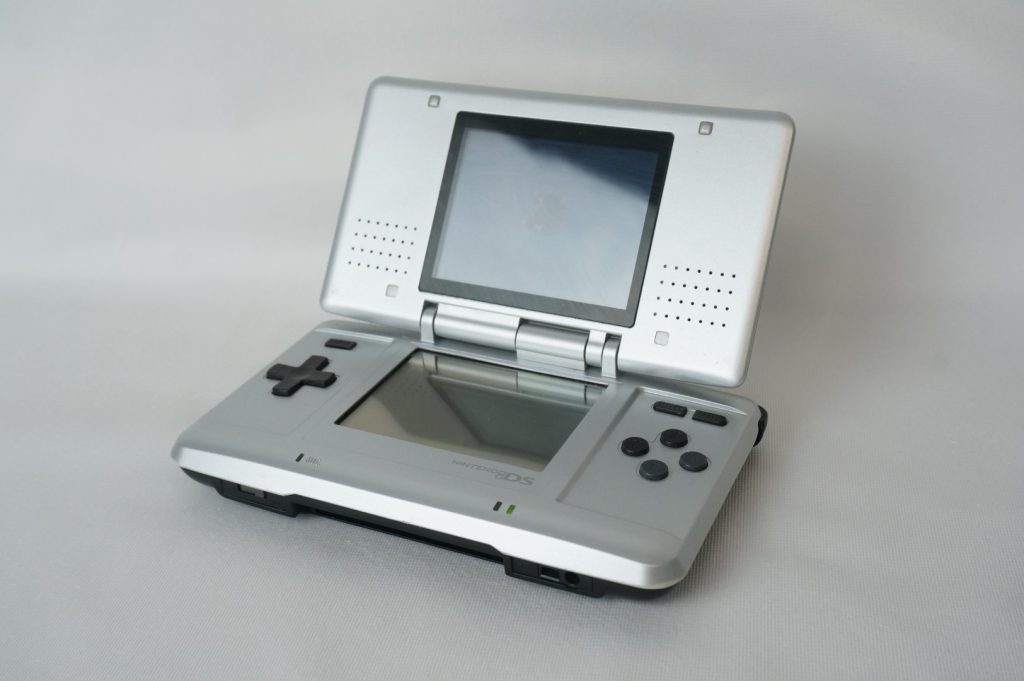 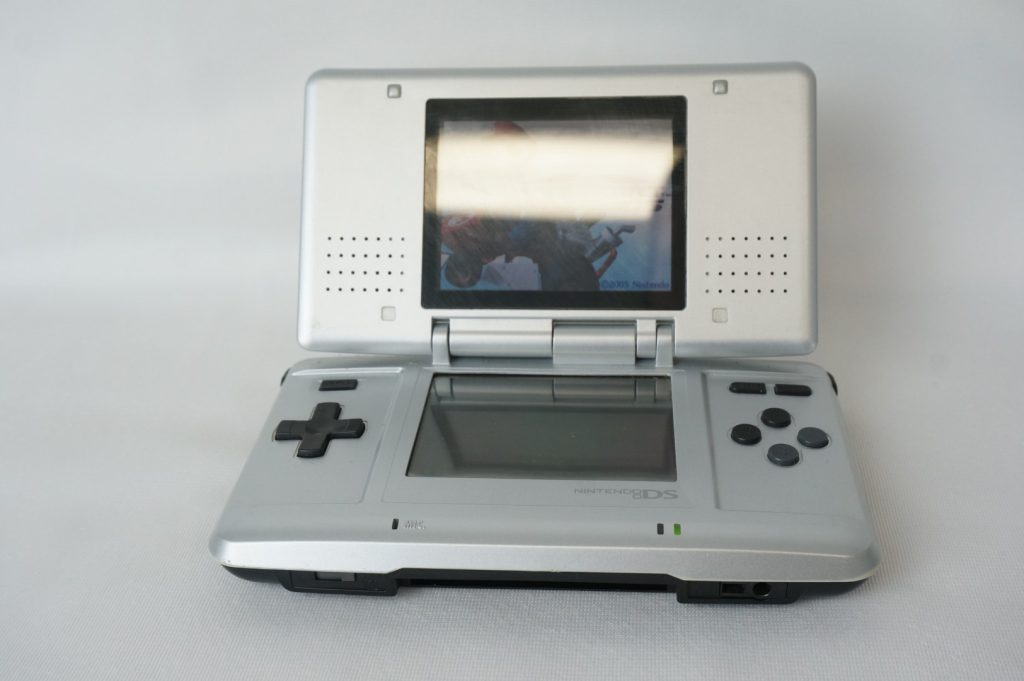 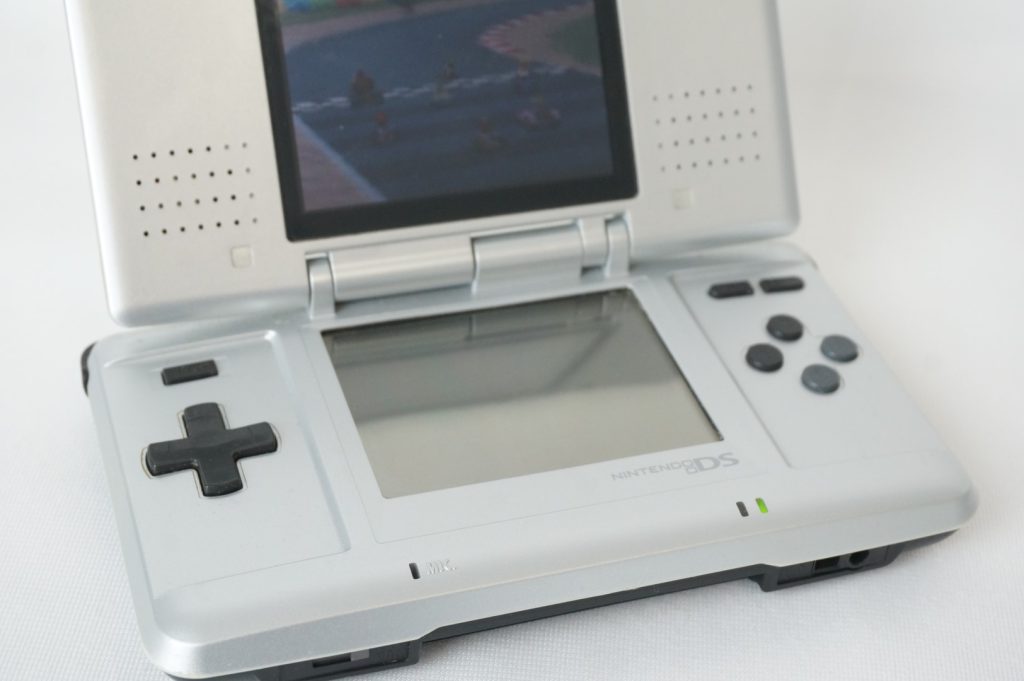 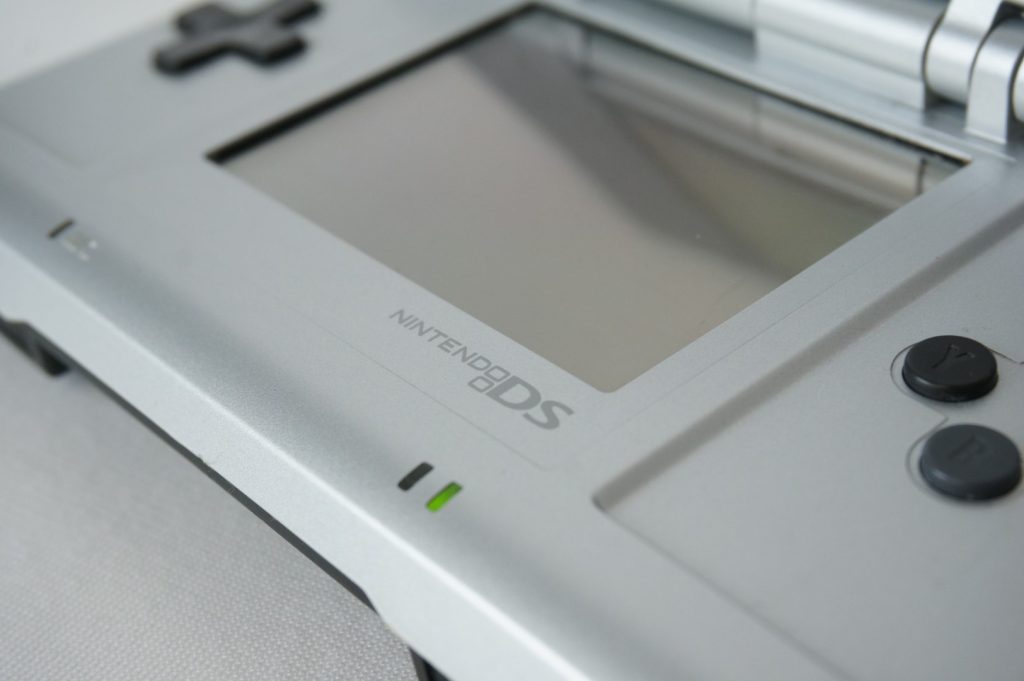 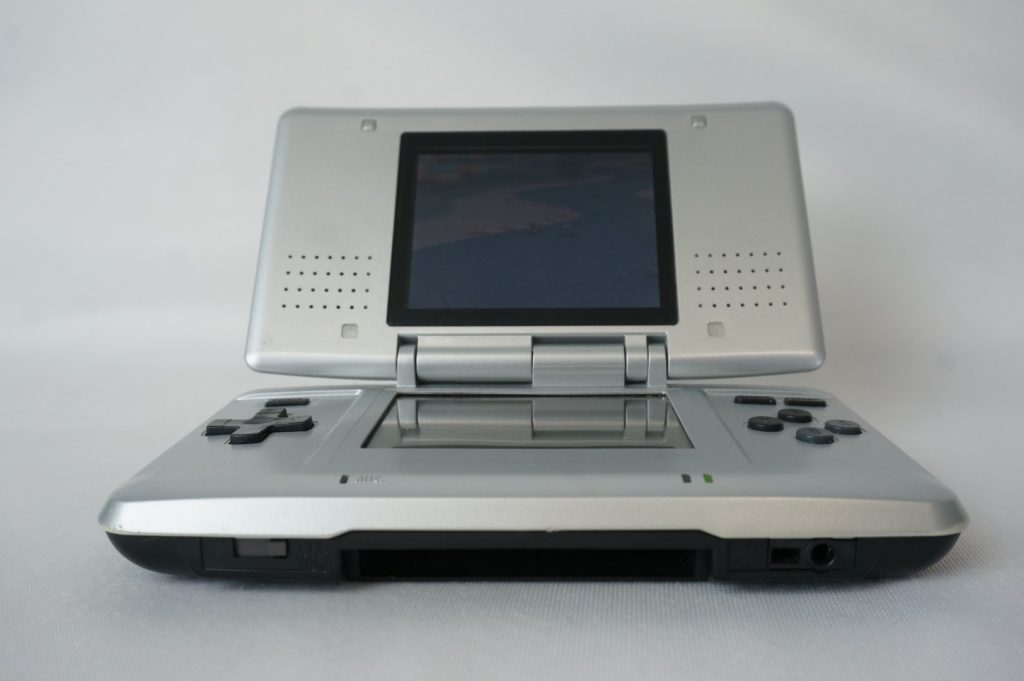 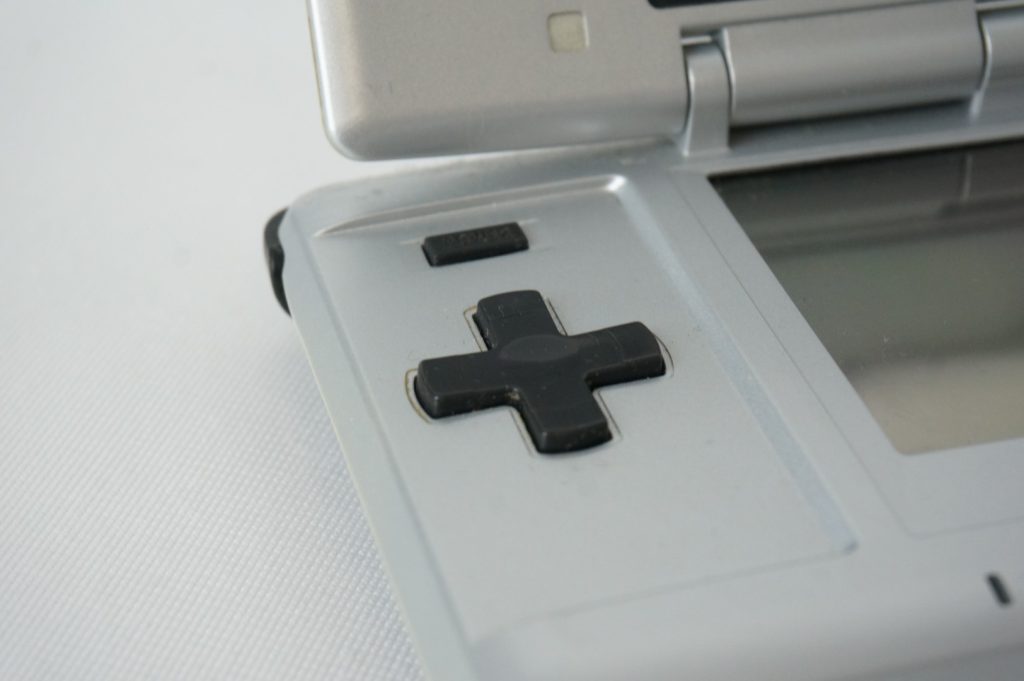 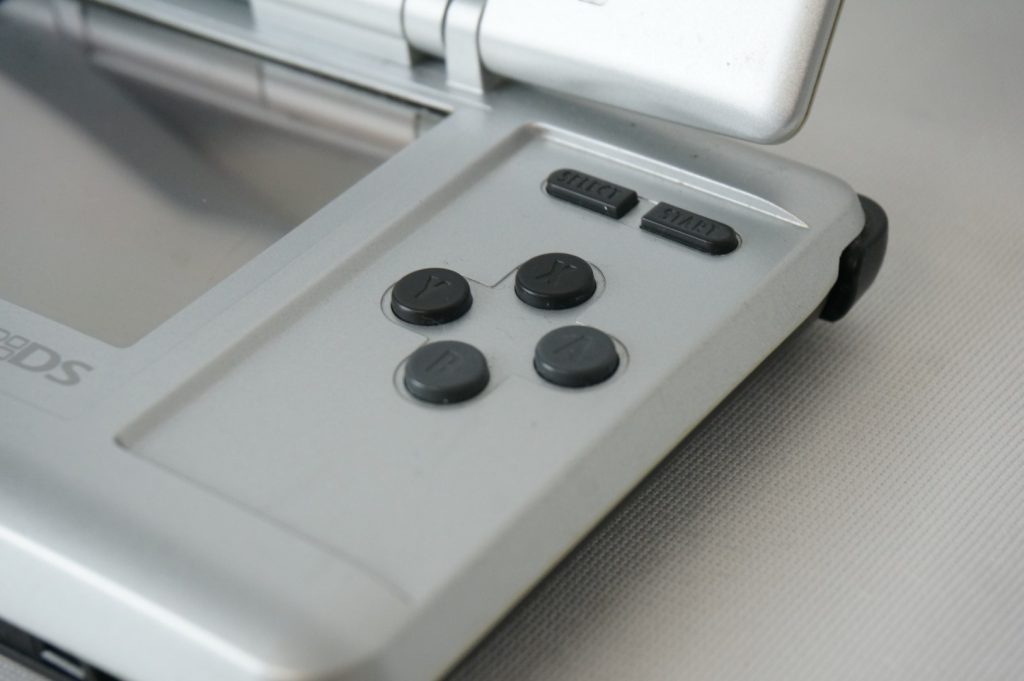 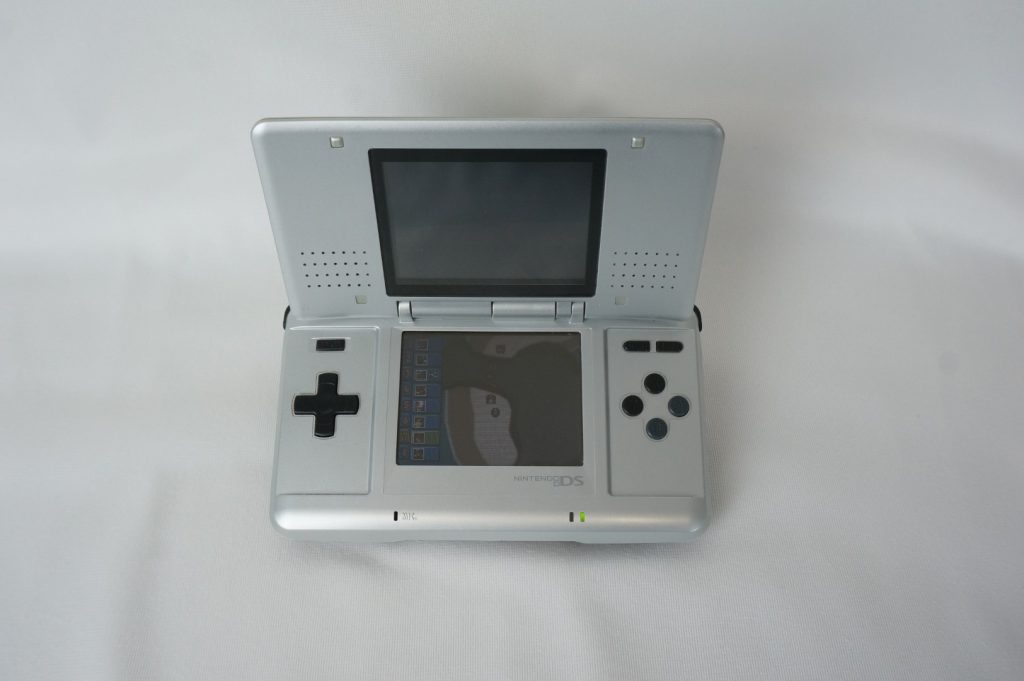 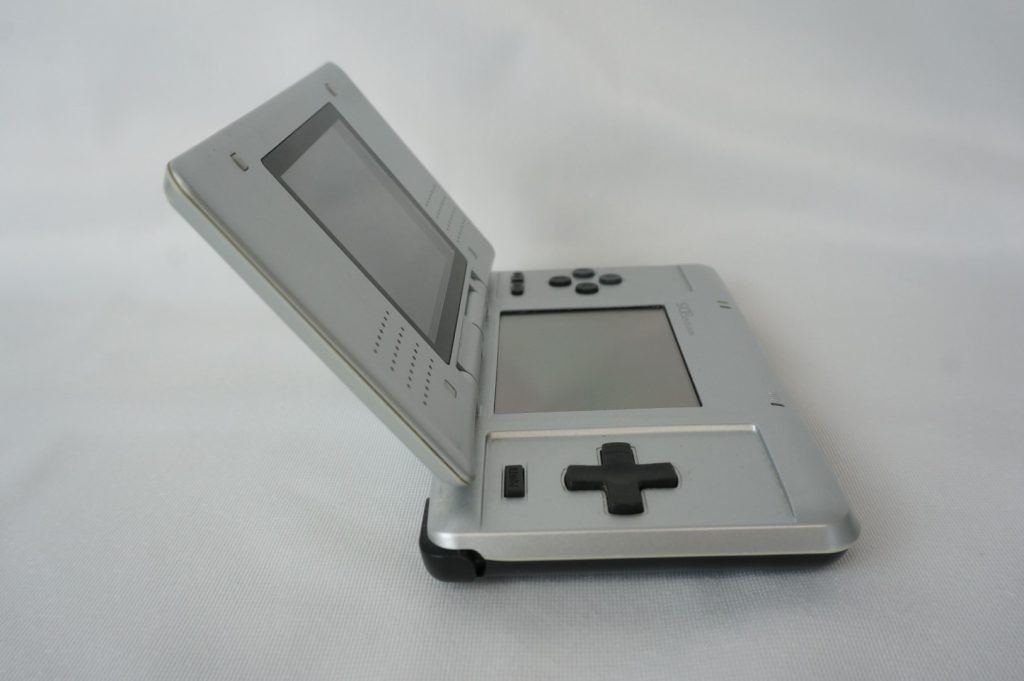 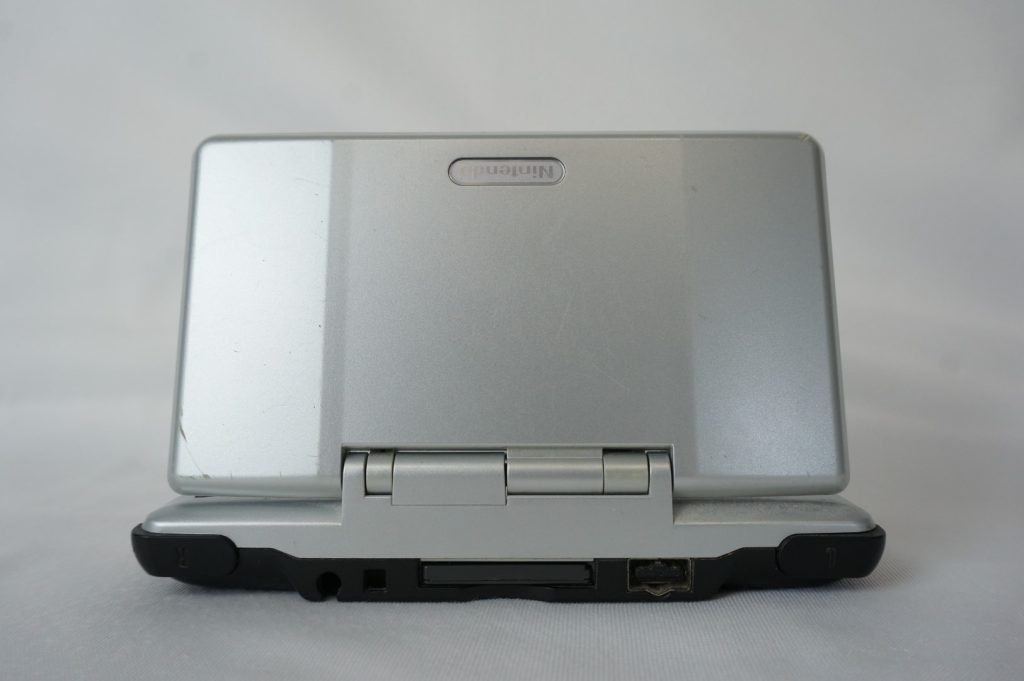 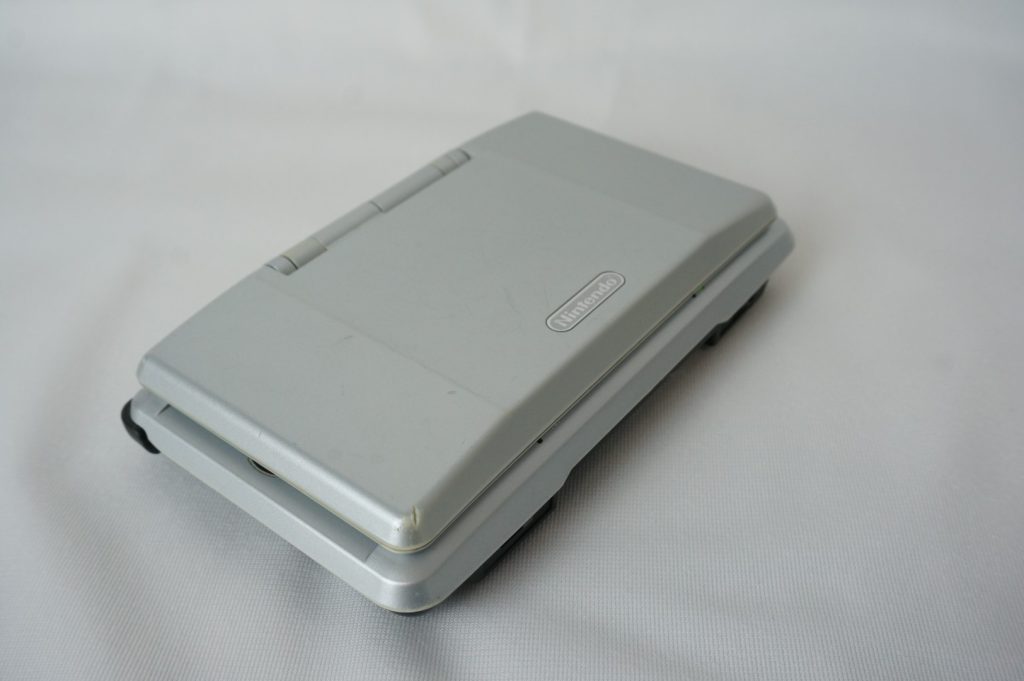 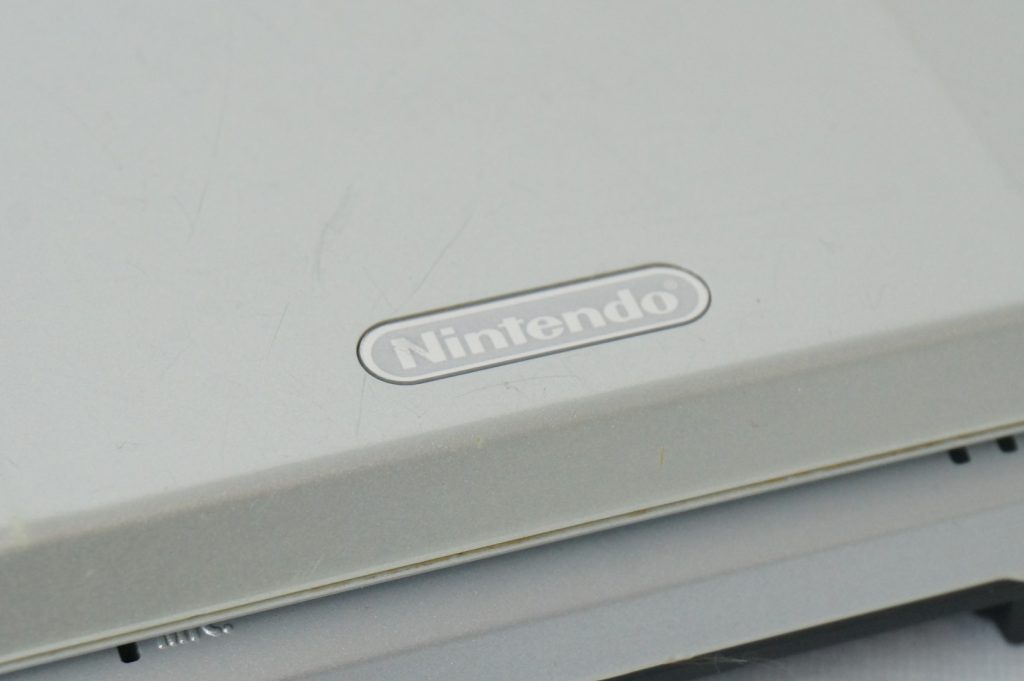 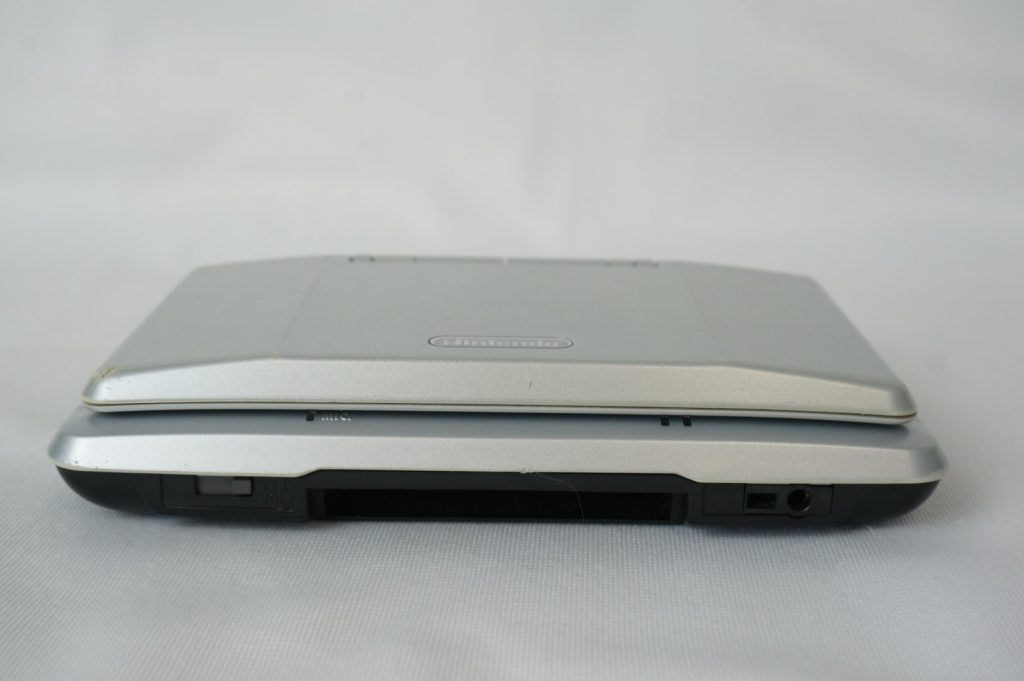 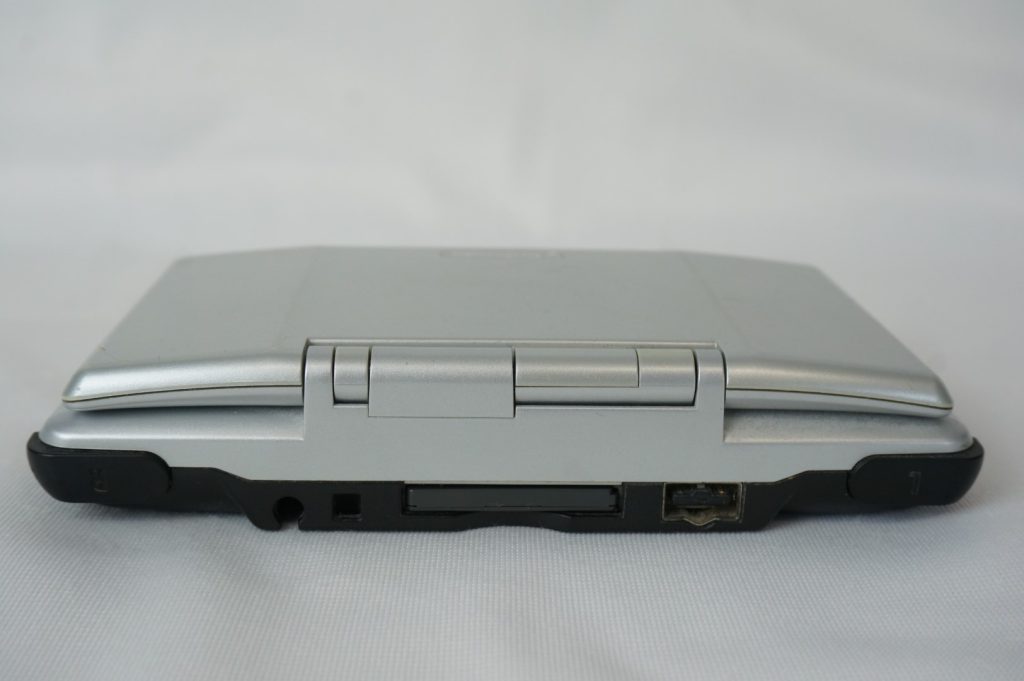 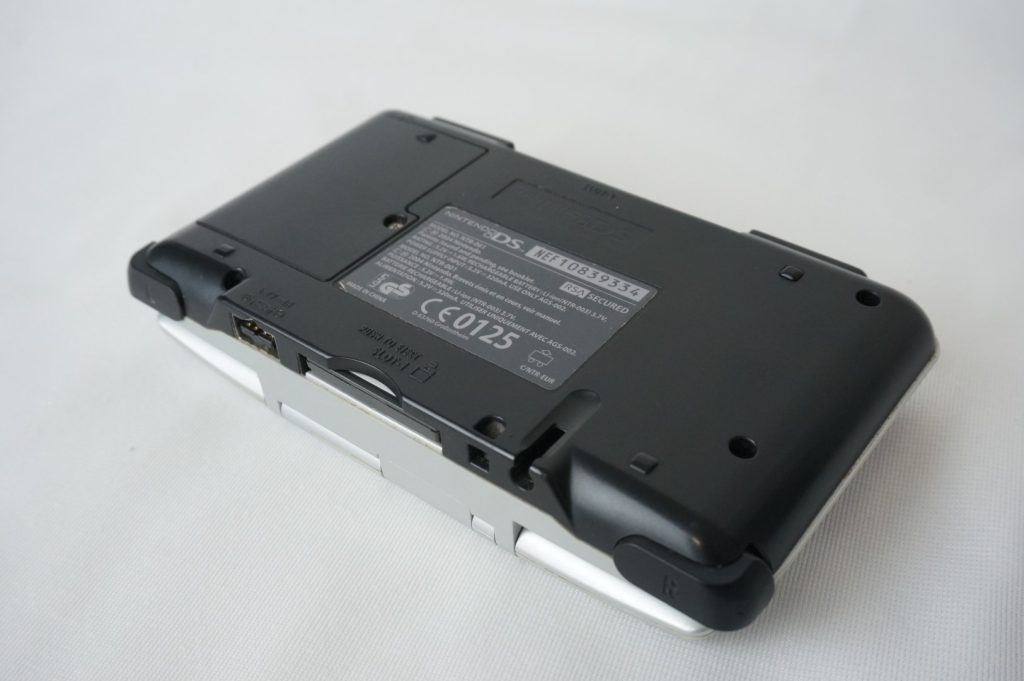 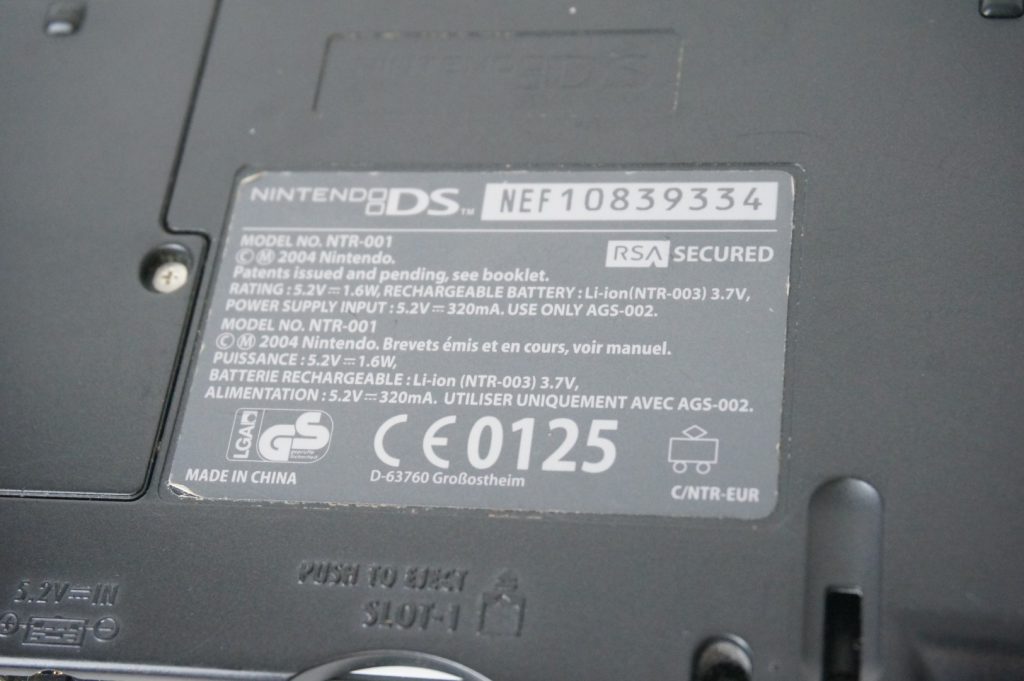 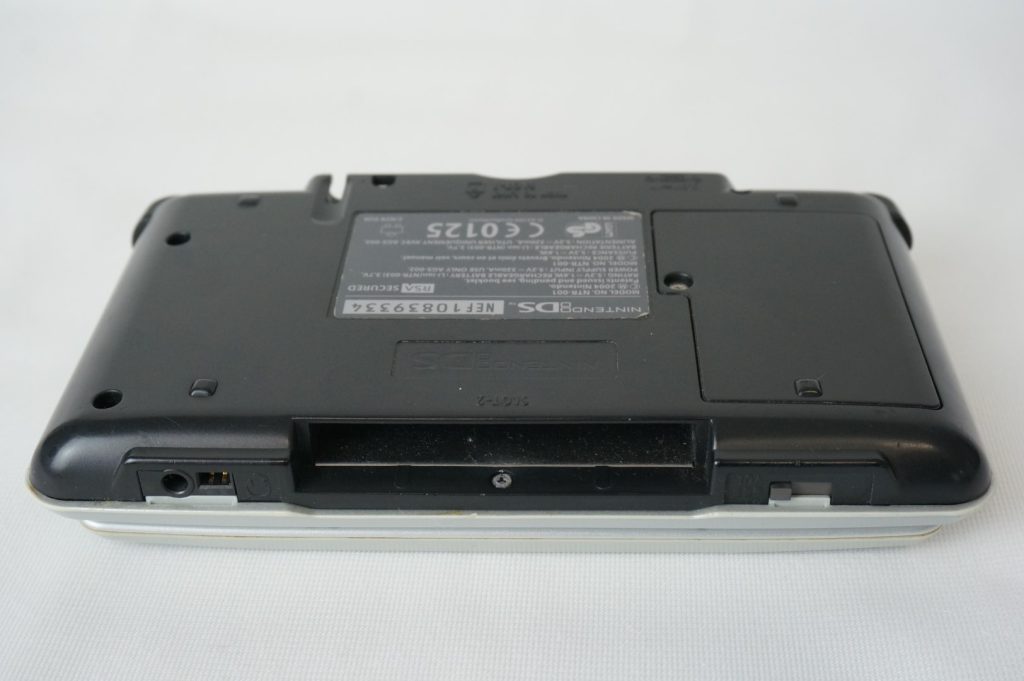